BlackBerry has formally announced its first large display bearing handset – BlackBerry Z30. After being spotted several times, finally the BlackBerry Z30 is made official. The BlackBerry Z30 offers a 5-inch Super Amoled full HD display and is powered by a quad-core 1.7 GHz Qualcomm Snapdragon mobile processor. BlackBerry Z30 will come pre-loaded with the improved BlackBerry 10.2 OS version with bunch of new features and several under the hood improvements. BlackBerry Z30 will be made available in the UK and Middle East by next week and availability for other regions is expected by holiday season (late November).

The BlackBerry Z30 features a 5-inch Super Amoled display with full 1080p HD native resolution. The BlackBerry 10.2 OS has been tweaked to run on this large display and also perform all the other usual tasks smoothly. The BBM Voice and BBM Video are also expected to function more smoothly with this version.

The new BlackBerry 10.2 OS update brings BBM everywhere throughout the system and get the message previews. BlackBerry has implemented stereo speakers in the device and implemented the BlackBerry Natural Sound technology for making sound in BBM voice as well as video calls more natural. 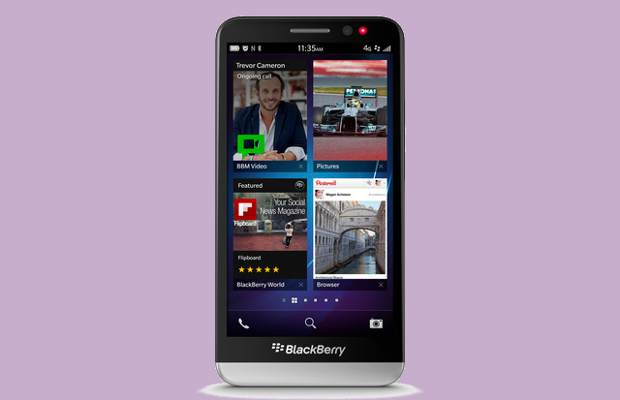 BlackBerry has packed a 2880 mAh battery which is non-removable to power this beastly device. The company boasts of 25 hours of battery life on mixed usage.

By default, the on-board storage is limited to 16 GB and there is a memory card slot to add more storage. Other features include dual-band Wi-Fi, Bluetooth 4.0, Near Field Communication Chip and GPS. For select regions the BlackBerry Z30 will support the 4G LTE networks a well. BlackBerry has though not announced the price of Z30.