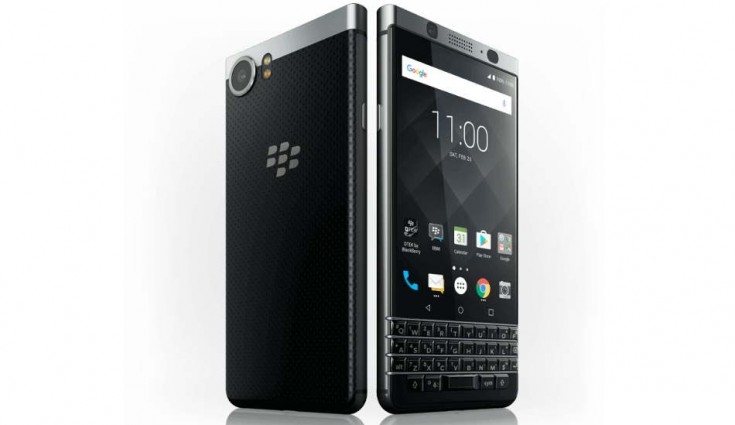 The smartphone listed with a model number of QUALCOMM BBF100-1.

Blackberry is said to working on the next-generation BlackBerry KEYone. Recently, the smartphone has been listed on the Geekbench, a benchmarking site, revealing some key specs. 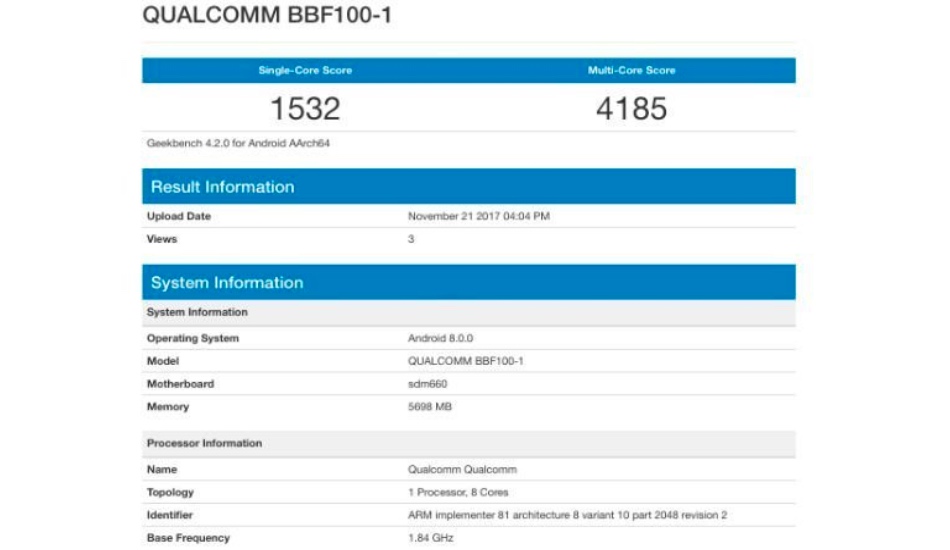 It will be backed by a 6GB of RAM and will be powered by a 2.2GHz Qualcomm Snapdragon 660 octa-core processor. Other than this, the smartphone comes with QWERTY keyboard. And will be equipped with a display of 3:2 aspect ratio with the resolution of 1620×1080 pixels.

Meanwhile, BlackBerry KEYone is priced at Rs 39,990 in India. The smartphone sports an aluminium frame and a 4.5-inch full-HD (1620×1080 pixels) IPS display with a pixel density of 433ppi and has Corning Gorilla Glass protection. It is powered by a Qualcomm Snapdragon 625 octa-core SoC clocked at 2GHz, coupled with 4GB of RAM and an Adreno 506 GPU. It has a 64GB of inbuilt storage that is expandable via microSD card (up to 2TB).

The smartphone runs on Android 7.1.1 Nougat operating system. It is backed up by a 3505 mAh battery and has QuickCharge 3.0 with a ‘Boost’ charging feature that gives 50 percent charge in “roughly 36 minutes.” On the camera front, the smartphone offers a 12-megapixel rear camera with a Sony IMX378 sensor and an 8-megapixel front facing the camera with a wide-angle lens and a flash module.