The Asus ZenFone 8 series is about to launch on May 12 and it was speculated that Asus will be ditching the flip camera module on this year's models but it doesn't look like so. Some new renders along with leaked specifications have emerged about the devices under the ZenFone 8 series that suggest the brand is retaining the flip camera module for one of the models in the series. 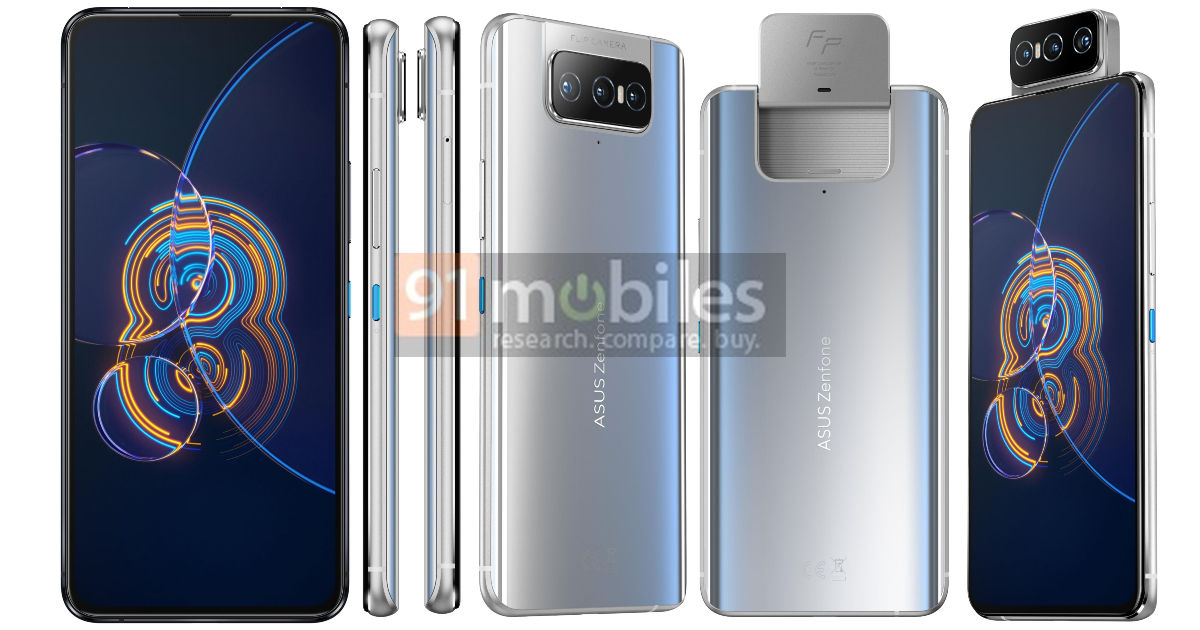 The leak comes from 91Mobiles (via Ishan Agarwal) as per whom the ZenFone 8 Flip will have the flipping camera module using which you will be able to use the same camera module for both selfies and rear camera pictures. You get a more immersive experience with this type of camera module implementation as there are no punch-hole cutouts or notches that will come in your way while you game or watch movies. 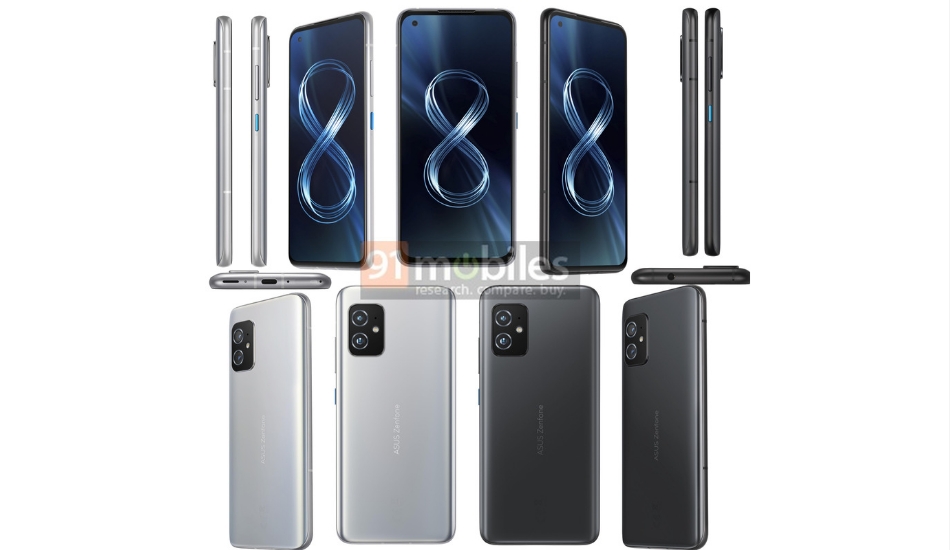 The ZenFone 8 on the other hand comes with a more usual look but is the compact one in the series to offer you a flagship experience while being small. It has a vertical camera module on the back that looks like it's positioned out of place for some reason. This one also comes in two colour options and has a hole-punch cutout on the front housing the selfie shooter.

The Asus ZenFone 8 Flip is said to sport a 6.67-inch FHD+ AMOLED display with a 90Hz refresh rate. It should be powered by the Snapdragon 888 SoC coupled with 8GB RAM and 256GB internal storage. Though we expect Asus to launch the smartphone in more configurations. The smartphone will be backed by a 5000mAh battery with 30W fast charging support. The triple camera setup on the back includes a 64MP main sensor, an 8MP telephoto lens, and a 12MP macro lens. The handset measures 165 x 77.3 x 9.5mm and weighs 230 grams.

The Asus ZenFone 8 is said to have a more compact form factor with a 5.92-inch FHD+ display. This model also draws power from the Snapdragon 888 chipset paired with 8GB RAM and 128GB internal storage. The dual-camera system on the back will consist of a 64MP primary sensor and a 12MP macro lens that will have support for 8K video recording. The ZenFone 8 houses a smaller 4,000mAh battery but with the same 30W fast charging speeds. It is also said to come with a 3.5mm headphone jack. The device measures 148 x 68.5 x 9mm and weighs just 170 grams.

ZenFone 8 launch date set for May 12