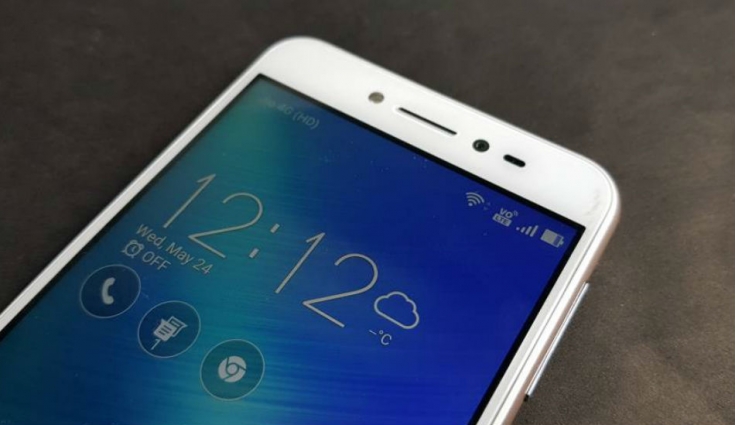 The Asus ZenFone 5 Max is based on the Android 8.0.0 Oreo operating system.

Asus recently launched its Zenfone 5 series of smartphones including Zenfone 5Z, Zenfone 5 and Zenfone 5 Lite at the Mobile World Congress event in Barcelona (Spain). The company, however, did not launch Zenfone 5 Max at that time which had already appeared in some earlier leaks. Now Zenfone 5 Max has been spotted on the GeekBench benchmarking website with model number ASUS_X00QD. The listing has spilt some beans on the expected specifications of the upcoming smartphone.

In the GeekBench listing, the Asus Zenfone 5 Max got 1518 points in single-core test and in multi-core test it received 5386 points. As per the listing on Geekbench, the Zenfone 5 Max has 4GB RAM and Qualcomm Snapdragon 660 1.61 GHz octa-core processor. The handset is based on the Android 8.0.0 Oreo operating system. 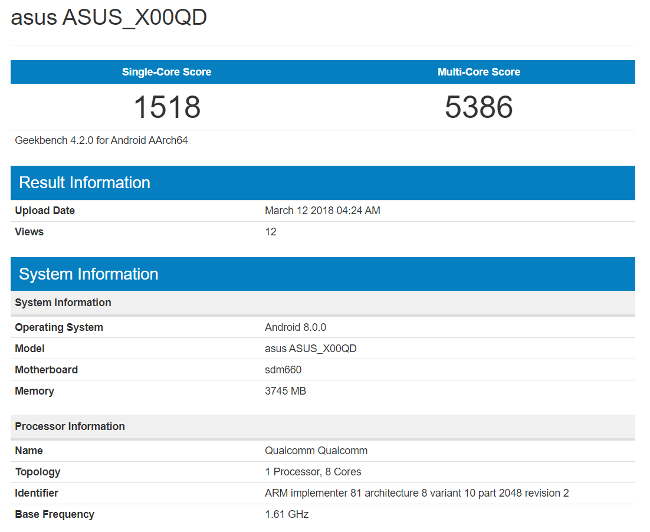 This is the second time that the Asus ZenFone 5 Max has surfaced online with model number ASUS_X00QD. It first leaked earlier this year when the Asus smartphone with model number ASUS_X00QD received WiFi certification from the WiFi Alliance (WFA). As per the Wi-Fi certification, the Asus ZenFone 5 Max will support dual-band Wi-Fi a/b/g/n (2.4GHz, 5GHz) and LTE capabilities. Sadly, the listing does not show any specifications except that the device will be powered by Android 8.0 Oreo operating system.

No more details about the smartphone are known at the moment but since the device has started taking the rounds online we expect more leaks to come up in the coming days. We will keep you posted once we get more updates on this.