The phone is powered by the latest Qualcomm Snapdragon 865+ processor along with Adreno 650 GPU. It is loaded with up to 16GB of DDR5 RAM and up to 512GB of UFS 3.1 storage option.

On the camera front, it supports triple-camera setup with a combination of 64-megapixel Sony IMX686 sensor with f/1.8 aperture, 13-megapixel ultra wide lens with 125-degree FoV, and 5-megapixel macro lens. For the front, there is a 24-megapixel shooter with f/2.0 aperture.

The company has also introduced a new dock to connect different things. The brand has also introduced new a new keyboard and mouse, which is specially designed for the Asus ROG Phone 3. It is known as ROG Falchion and it delivers up to 400 hours of battery life. It also features wireless Aura RGB lighting.

The company has announced a new range of accessories with ROG Phone 3. It comes with ROG Kunai 3 Gamepad and users can get console-like experience using the gamepad. The second accessory is the TwinView Dock 3 that provides a dual-screen display with 144Hz refresh rate. It also comes with ROG Clip that can attach phone with PSY or Xbox. It also features the new Lighting Armour Case that uses RGB light to display.

The smartphone comes with a triple-camera setup with a combination of 64-megapixel Sony IMX686 primary lens, 13-megapixel ultra-wide-angle lens and a 5-megapixel depth sensor. For the front, there is a 24-megapixel selfie shooter.

The smartphone comes with new and enhanced touch-sensitive Ultrasonic bumper/shoulder buttons with haptic feedback. It supports both sliding, swiping and the possibility to divide each button in
two partitions for tapping. Resulting in up to four shoulder triggers. AirTrigger 3 also features a single shake to control on-screen input, giving you a total of 5 additional actions that are comfortable to use.
AirTrigger 3 can be used even when not gaming. With a simple long- or short- “squeeze” in portrait mode you can activate customizable and useful actions.

The smartphone comes with enhanced audio experience with Game FX - Audio. It comes with 7 magnets for power and less distortion. The company has partnered with Dirac to enhance audio performance.

For the software, the Asus ROG Phone 3 will run Android 10 out of the box, customized by the ROG UI. It will be backed up by a 6000mAh battery. The battery will support a 30W fast charging technology.

On the camera front, the Asus ROG Phone 3 will have a triple camera setup that includes a 64-megapixel main camera which is likely to be accompanied by an ultra-wide lens and a telephoto lens. The front camera sensor will be 13-megapixel. It will have an in-display fingerprint scanner. 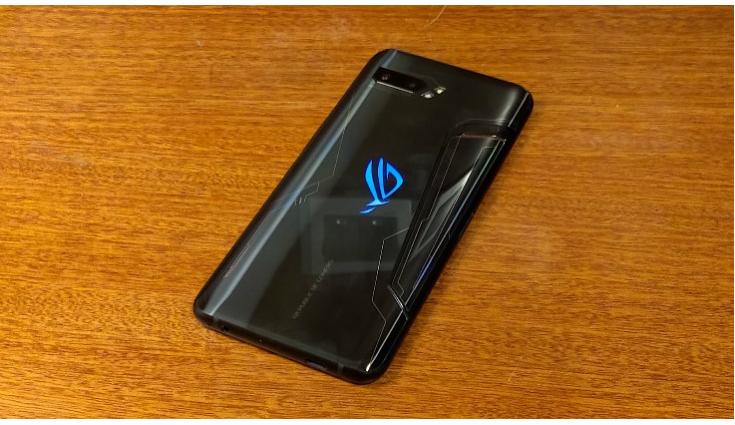 Asus is all set to launch its latest gaming-centric smartphone, the ASUS ROG Phone 3, in India. The company will launch the latest smartphone during the online event.

The company has put a dedicated page for the launch of the Asus ROG Phone 3. The launch event will be live-streamed on the company’s website and its major social media channels. The event will kickstart from 8:30 PM IST.

Asus has already confirmed that the upcoming smartphone will be the first smartphone to be powered by the latest Qualcomm Snapdragon 865+ processor. The smartphone is said to come with a 6.59-inch Full HD+ AMOLED display with a refresh rate of 144Hz. Interestingly, the ROG Phone 2 is loaded with a 120Hz refresh rate and it will be interesting to see how well the 144Hz refresh rate performs. It will reportedly be available in 8GB, 12GB, and 16GB RAM variants, and 128GB, 256GB, and 512GB storage models. It will lack a microSD card slot.

Asus ROG Phone 3 launching in India on July 22, will be Flipkart exclusive