The tablet has all the features of a smartphone including voice call and 3G support.

As reported by The Mobile Indian earlier, Asus today launched its Fonepad in India for Rs 15,999. However, only the 8 GB version of the device is available in India right now which you can buy from Chroma retail or Asus’s stores. 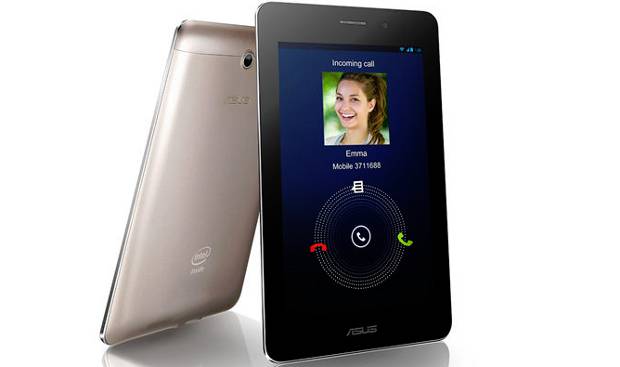 The Asus Fonepad is an Android 4.1 Jelly Bean based tablet, powered by Atom Z2420 processor running at 1.2 GHz. The tablet has all the features of a smartphone including voice call and 3G support.

Asus Fonepad features a 7 inch IPS display with HD 1280 x 800 resolution. As opposed to most tablets that today are powered by ARM cortex based processors, the Asus Fonepad is powered with Intel’s newer Lexington platform. The device has 1 GB of RAM. The 8 GB version, which has been launched in India, has a micro SD card slot for expanding its memory to up to 32 GB.

The Asus Fonepad also comes with a front 1.2 megapixel camera and a 3 megapixel autofocus rear camera with 720p HD video recording capability. The tablet can also be used for voice calls using the built-in earpiece along with the noise-cancelling digital microphone or by using a Bluetooth or a wired headset.