Global device maker Apple has announced the launch of not just one but two Apple iPhone devices, namely Apple iPhone 5S and the iPhone 5C. Both the phones are built around a 4 inch retina display and run Apple’s latest iOS 7 operating system. While the Apple iPhone 5S has been designed for users seeking premium look and feel, the iPhone 5C offers more utility based design and a lower cost that would make it possible for most fans to get the latest iPhone device now.

The iPhone 5S comes in a similar form factor as the iPhone 5 but with a better hardware, which the company claims to be the most forward looking smartphone ever. The iPhone 5S utilizes the latest Apple A7 SoC (System on Chip) offering 64 Bit computing which is a first for smartphones globally.

64 Bit computing systems allows faster computing, which in short translates to faster application and gaming performance. Apple has completely remolded the new iOS 7 for compatibility with the new iPhone 5S. The adoption of the 64 bit architecture allows the processor to be twice as faster in terms of processing power and computing muscle as compared to the older Apple A6 chip. 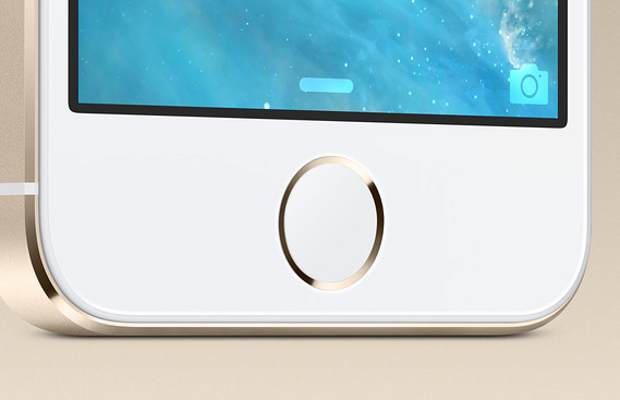 Along with the new processor apple has also added the M7, motion co processor to the device. This would allow the device to execute and handle sensors for basic tasks like for the use of exercise apps and location tagging applications, without the use of the main processor offering better battery life as well.

Apple iPhone 5S also gets a similar display as the older iPhone 5 with 1136 x 640 pixel resolution at 326 pixels per inch pixel density. Right under the display lies the latest innovation that apple has added, a biometric fingerprint scanner to the iPhone 5S. The fingerprint sensor sits right under the home key and allows users to securely unlock the device as well as allow users to authenticate transactions such as purchasing applications and songs on iTunes store easier and safer. While the new iPhone 5S saves everything on the cloud, the fingerprints are never stored for added security and safety of the users.

The list of innovations just does not end here as the new iPhone 5S comes with a brand new camera module as well. Although it features the same 8 megapixels, the company has reengineered the module with better optics and a bigger image sensor and added a True Tone flash as well to the back of the iPhone 5S. True tone flash comprises of a while and one amber LED element that provide neutral tone illumination to the subject being illuminated for better results. Along with that the new camera would be able to take 10 frames/sec burst shots along with slow motion video recording at 120 frames as well.

Apple has added new color options as well for the most premium iPhone and apart from the usual white/silver and grey/black color options the iPhone 5S will also be made available in gold color option, which has been the most sought after modification that users have been doing with the device prior to the iPhone 5S.

The iPhone 5S will start retailing in the international market starting 20th September with a price starting from Rs 13,000 under telecom operator contract for the 16 GB variant. But the same would not be applicable here in India. In India the device is expected to me made available within this year, as apple has already announced to make the device available to 100 countries by the end of this year. The price of the device when it hits the Indian shore is likely to be more than Rs 50,000.