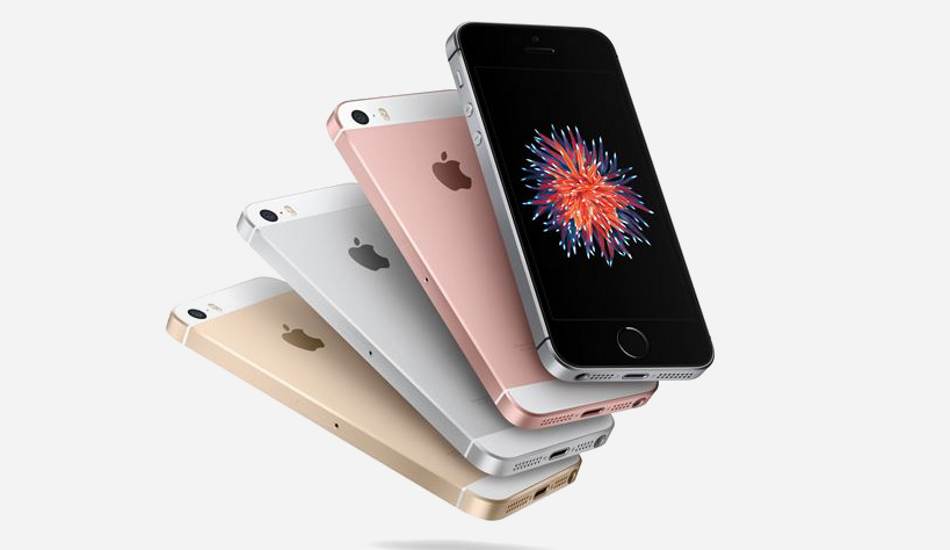 This special price is after Rs 5,000 Cashback and this offer only on card purchase.

This information is revealed by aKerala-based retailer, @itnetinfocom. As per retailer, this offer is valid only for card purchase and the special price is after Rs 5,000 cashback. Further, note that the offer is only applicable for the offline purchase and the price may vary state to state.

Underneath the hood, iPhone SE is powered by Apple’s A9 Chip which is built in 64 bit architecture and has the M9 motion co-processor. It has a 12 megapixel iSight rear camera with pixel size of 1.22Âµ, autofocus, panorama mode (can create images in up to 63 MP), f/2.2 aperture, five element lens, Hybrid IR filter, auto image stabilisation, geotagging, noise reduction and face detection features. This camera can record 4K videos as well as full HD and HD videos. Besides, the iPhone SE can record slow motion videos in full HD at 120 fps and HD videos in 240 fps. For selfies and video calls, the Apple iPhone SE is armed with a 1.2 megapixel front camera that can record HD videos. The camera at the front comes with f/2.4 aperture, backside illumination sensor, burst mode, timer, Auto HDR, exposure control and face detection features.

The Apple iPhone SE also has a fingerprint sensor which is built into the Home button. Apart from that, it comes with NFC, Bluetooth 4.2 and WiFi (a/b/g/n/ac), GPS with GLONASS, Digital Compass and LTE with VoLTE. Other than that, the iPhone SE also comes with Siri assistant, lighting connector, a microphone and a 1624 mAh battery which Apple claims can offer battery back up of up to 14 hours on 3G networks. Talking about the sensors, It has gyroscope, accelerometer, proximity sensor and ambient light sensors as well

Lastly, The iPhone SE runs on iOS 9 operating system out of the box and is upgradable to iOS 10. It has Hindi (Devanagari, Transliteration), Hinglish, Tamil, Telugu, Bengali, Arabic, Gujarati, Punjabi, Urdu, language supports.