Apple iPhone 6, iPhone 6 Plus: The Good, the Bad and the Ugly

After countless leaks and reports, Apple finally unveiled the next generation iPhone models – iPhone 6 and iPhone 6 Plus. With these two new models, Apple has branched out the iPhone line-up in two different segments – the iPhone and large screen iPhone model. Two new premium iPhone models will be sold in 9 countries starting September 19 and will be made available to other countries in coming weeks.

Apple has certainly leap-frogged several mobile industry trends with these two smartphones broadly in size, display, hardware and imaging areas. We shall discuss each of these areas briefly. Meanwhile, looking back at the surprising move that Apple made by launching iPhone 5c was interesting but just a one time thing in the line-up. We are not sure what will be the fate of the iPhone 5c models and are likely to be continued in the rapidly emerging smartphone markets such as India.

New iPhone 6 and iPhone 6 Plus will play an important role to bridge the ‘features’ gap between the Apple iOS and Google Android based devices. Of course, several features continue to over

The obvious notable change is the large size iPhone models. Apple has bumped the physical size of the iPhone models but kept the display-bezel proportion same. The iPhone 6 model is now measuring 6.9 mm thick which is the thinnest iPhone model yet and already beats all the other flagship smartphones in terms of thickness. However, the bezel of the iPhone accommodating the Home button with Touch ID does make it taller than other handsets a bit. With reference to the iPhone 6 Plus, it is indeed the largest smartphone from the company. The iPhone 6 Plus is a large in size with 158.1 mm height compared to the recently launched Samsung Galaxy Note 4 with 153.5 mm height. Not only that, the iPhone 6 Plus is 7.1 mm thick compared to the 8.5mm thick Galaxy Note 4. The new iPhone 6 and iPhone 6 Plus are slimmer than most of the top of the line Google Android based smartphones.

Apple has used the new Retina HD IPS display in both iPhone models but with separate resolutions. The iPhone 6 offers a 4.7-inch Retina HD LE -Backlit touchscreen with IPS technology and supports multi-touch. The iPhone 6 supports 1334×750 pixel resolution and pushes pixel density of 326 pixels per inch. Offering the same pixel density as the iPhone 5s, the users can enjoy slightly better viewing angles with the iPhone 6 with the help of Dual-domain pixels implementation. 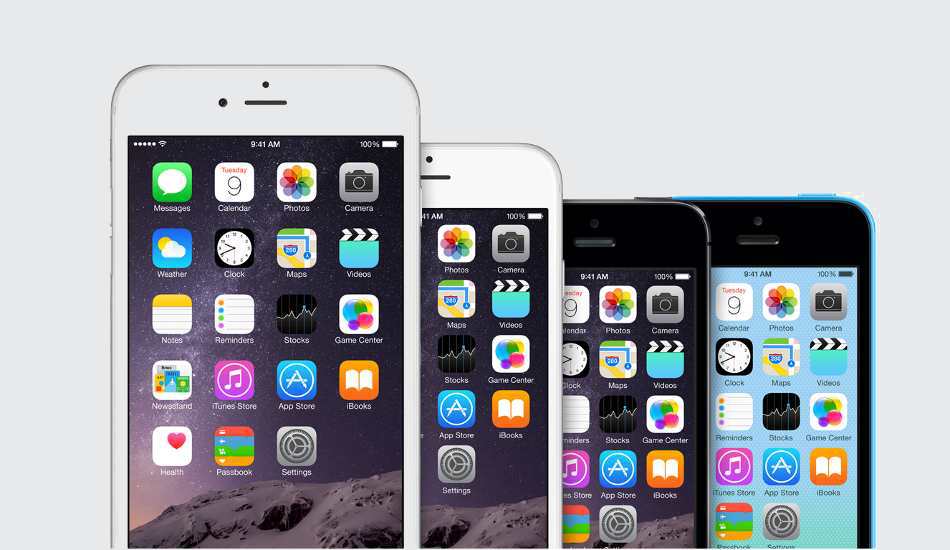 The iPhone 6 Plus Retina HD LED-backlit display with IPS technology and supports multi-touch. The iPhone 6 Plus supports 1920×1080 pixel resolution and pushes pixel density of 401 pixels per inch. Crisper text and vivid colors can be enjoyed on both the displays. Dual-domain pixels implementation on the display allows wider viewing angles.

Both models will carry the oleophobic coating to resist forming fingerprint smudges on top of it. Retina HD display are arguably one of the best displays to enjoy vibrant images and Rich Media content using them.

On the network front, the iPhone 6 and iPhone 6 will support 4G LTE networks and each region will get network supporting models. Apple has also introduced the Voice over LTE and Wi-Fi calling but that would be made available only in select markets. 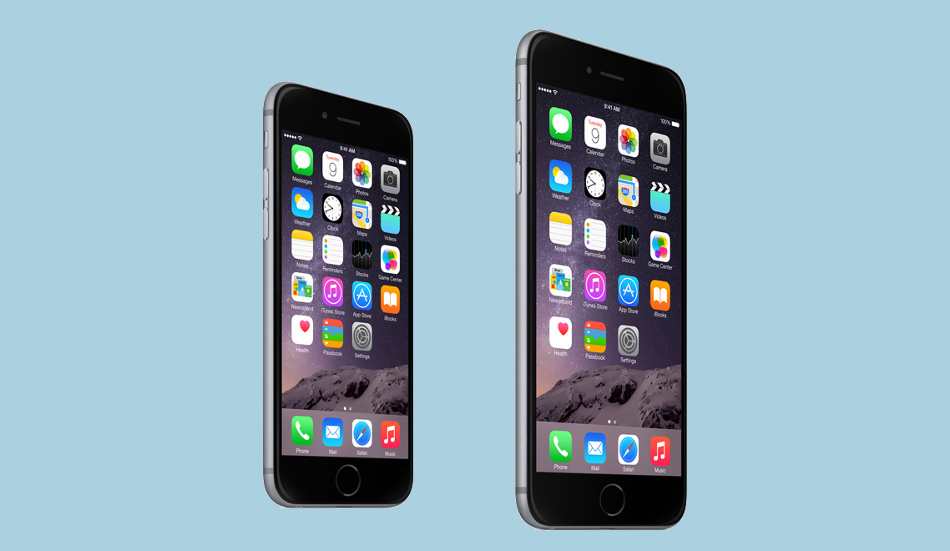 Apple has added the usual set of sensors – Accelerometer, proximity sensor, ambient light sensor and three-axis gyroscope. Along with these, Apple has also added improved version of Touch ID for security and Barometer to log the different fitness related events.

The new iPhone models will support the latest Wi-Fi 802.11 a/b/g/n/ac standard to offer faster mobile network. Apart from Apple has added Bluetooth 4.0 and GPS with GLONASS support. With these models, the Near Field Communication chip finally makes a debut to work with the new Apple Pay secured payment system for physical goods as well.

Apple iPhone models have managed to stay on top when it comes to imaging. But since last two years, the Nokia PureView technology and Samsung’s image sensors were making everyone think twice. Apple has decided to step ahead in the game by roping the Nokia’s Imaging Leader to take the Apple Imaging to the next level. Apple has incorporated 8 megapixel iSight camera module that features auto-focus with Focus pixels for faster focusing. The iSight camera’s optics have been constructed using five element lens, a Sapphire crystal lens cover and a Hybrid IR filter. The iSight camera has f/2.2 aperture to capture maximum possible light.

Apple has improved some existing functions such as face detection, exposure control and auto image stabilization. The shutterbugs will love the new Burst Mode to capture several frames in matter of seconds. Apart from that, the Panorama model will let the user capture image to up to 43 pixels. Apple has added the True Tone flash at the rear to supplement the lighting in low luminance situations. The iPhone 6 Plus is the first iOS device to feature Optical Image Stabilization powered in conjunction with the Image Signal Processor. With the iPhone 6 Plus, Apple also gets into the OIS competition with Nokia, Samsung and LG.

Using the new 8 megapixel iSight camera, the users can record full 1080p HD videos at up to 60 frames per second. While recording the videos, the users can make use of the True Tone flash for better visibility. Not only that, the camera can be used to experiment with Time-lapse videos and Video stabilization. Users can enjoy the HDR mode with both still images as well as the videos.

Apple certainly has impressed its loyal customers and many others with the new iPhone 6 and iPhone 6 Plus models. However, so far the company is playing the catch up game with the features already existing in the Google Android platform. Starting from the most buzzed new feature, the NFC chip and mobile payments existed for the Android based devices since 2011.

After listening to the Battery related woes in the previous generation iPhone models, Apple has decided to fix that by offering Battery Statistics to the users. This will help them analyze the different features and functions consuming the battery. Not to forget, both Apple and Google walk parallel when it comes to expandable storage.

When it comes to iOS 8, there are hundreds of overlapping features which were being enjoyed on the Google Android platform since years. However, we shall elaborate on them once the iOS 8 is released for download on September 17.