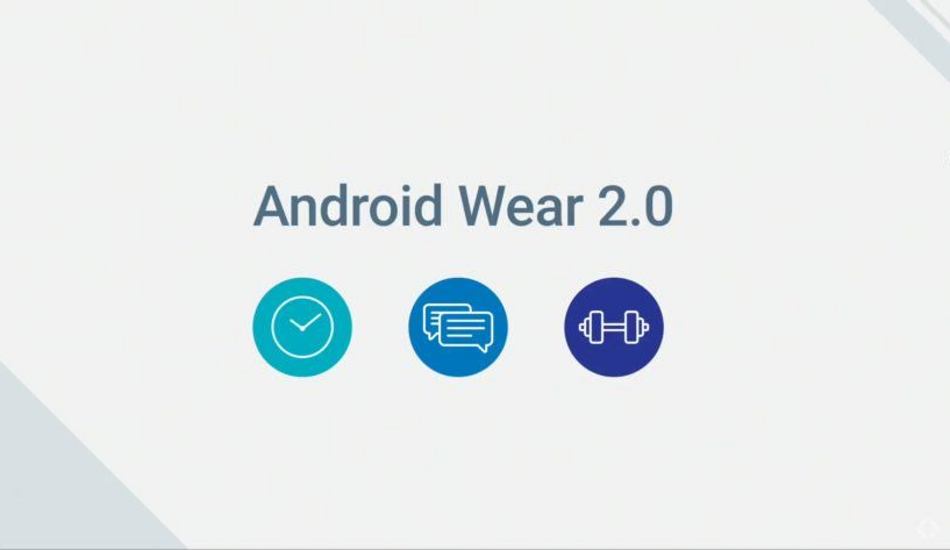 The company has started sending out emails to Android app developers which say that 'Android Wear 2.0 is launching in early February 2017.

Google announced the Android Wear 2.0 during its annual I/O 2016 conference, but it actually never saw the light of day until last year. Although the company had announced that it will be rolling out Android Wear 2.0 in the first quarter of 2017, but now it seems that the update will be coming ‘early February’.

The company has started sending out emails to Android app developers which say that ‘Android Wear 2.0 is launching in early February 2017.’ The email also warned developers to optimize their apps in order to support the new OS or else users will not be able to search and find their app in the app store.

The above-mentioned time of the roll out also hints that Google might launch its much-rumoured Android Wear 2.0 smartwatches as both the devices are expected to launch sometime in Q1 2017.

The company is planning to launch two devices which are codenamed as Angelfish and Swordfish. The Angelfish comes with a sporty design with a screen diameter of 43.5 mm and 14 mm of thickness. It will support LTE, GPS and heart rate tracking and is expected to come in a matte dark gray colour variant. On the other hand, Swordfish is reported to feature a screen diameter of 42mm being 10.6 mm thick. Further, it is likely to come in Silver, Titanium and Rose Gold colour variants.

Talking about the Android Wear 2.0, the new smartwatch OS will bring in a bunch of new features including on-device Play Store that will allow users to download watch-specific apps, support for Android Pay, support for Google’s AI Voice Assistant, revamped notification centre and more. Moreover, not all current Android Wear smartwatches will be updated but most of the recent ones like Moto 360 Gen 2, LG Watch Urbane and 2nd Edition LTE, ASUS ZenWatch 2, ASUS ZenWatch 3, Huawei Watch, Fossil Q Wander etc. will be updated to Android Wear 2.0 platform.