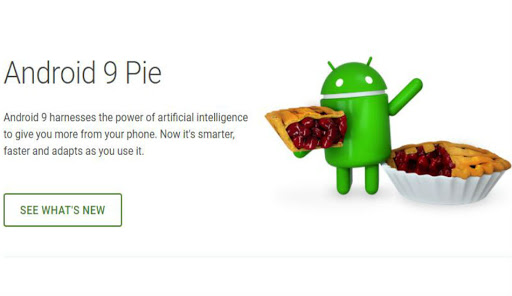 The stable version of the Android 9 Pie is already rolling out to Google Pixel devices and Essential Phone. But what about the other smartphones who will get the new Pie operating system update in coming days? Let's see here.

Google has finally launched its next version of mobile operating system Android, dubbed as Android 9 Pie. The Android 9.0 Pie comes with a ton of new features which includes changes is the navigation system, Adaptive Battery, Adaptive brightness, Refreshed Notifications and more.

The stable version of the Android 9 Pie is already rolling out to Google Pixel devices and Essential Phone. But what about the other smartphones who will get the new Pie operating system update in coming days? Let’s see here.

Apart from these, Google has revealed that the smartphones which were a part of the Android Pie beta program will also get the update soon. The devices which participated in the Beta program were from Sony Mobile, Xiaomi, HMD Global, Oppo, Vivo, OnePlus. All their devices will get the update by the end of autumn i.e. before December this year.

But what about the Android Pie release for other handset players like Samsung, LG, Motorola and other smaller brands? We expect their smartphones to receive the update over the next few months or by next year. In its blog post, Google has said it is right now working with some other smartphones manufactures for bringing Android 9 in their smartphones.

Some smartphones who have already received Android P Beta updates recently include Sony Xperia XZ2, Xiaomi Mi Mix 2S, Nokia 7 Plus, OnePlus 6, OPPO R15 Pro and Vivo X21 / X21UD. These devices are expected to receive this update by the end of this year.

HMD Global has already confirmed before that the Nokia 3, 5, 6 and 8 will get two years of Android update which includes the latest Android version P. On the other hand, the Realme 1 has also already been confirmed to get Android P update by the company earlier.