Android 11 has arrived: Beta Coming to 12 Smartphones in Septemeber

Google has released Android 11 for its Pixel Devices and other OEMs have joined the party by launching Betas for their devices. Android 11 comes with a host of new features focused on security, privacy, etc.

Google Android 11 was unveiled sometime back and some of the handsets players were working on it for embracing it for their own UI. Android 11 is not only arriving as anover-the-air (OTA) update to Pixel phonesfirst but brands like Realme, OnePlus, Xiaomi, Oppo and Samsunghave also announced names of specific smartphones which are going to get it.

In a move to grab attention, some of the phone brands caused some confusion by releasing their own Android 11 beta yesterday. Let us make it clear that all the betas are for their custom UIs which are based on the final build of Android 11 and will not be available as an OTA update.

The OTA for Android 11 is now arriving on the Pixel 2, Pixel 3, Pixel 3a, and Pixel 4 and Pixel 4A. Google has also released the factory images for the devices on the Android website so you can manually flash it if you can’t wait for the OTA.

A new in-built screen recorder will now be shipping with Android 11. Google is new to the party but most of the OEMs have already been including a screen recorder in their phones since quite a while now.

Floating Chat Heads (Bubbles) is another feature that is being introduced. This feature will allow users to see a floating bubble-like element on the edges of the display which, when clicked, will show you various conversations from people, much like the Facebook messenger’s chat heads. As you can, Google has really focused on messaging and communication with Android 11.

The Power Button UI has also changed as it will now show you all of your smart-home devices and will also allow you to make quick payments using the NFC option.

For more security of the device, Google will now send more security updates to your device through Google Play so you don’t have to wait for a System Update to get it.

And lastly, Android Auto has also gone wireless with Android 11, but your car system should be able to support the wireless option. 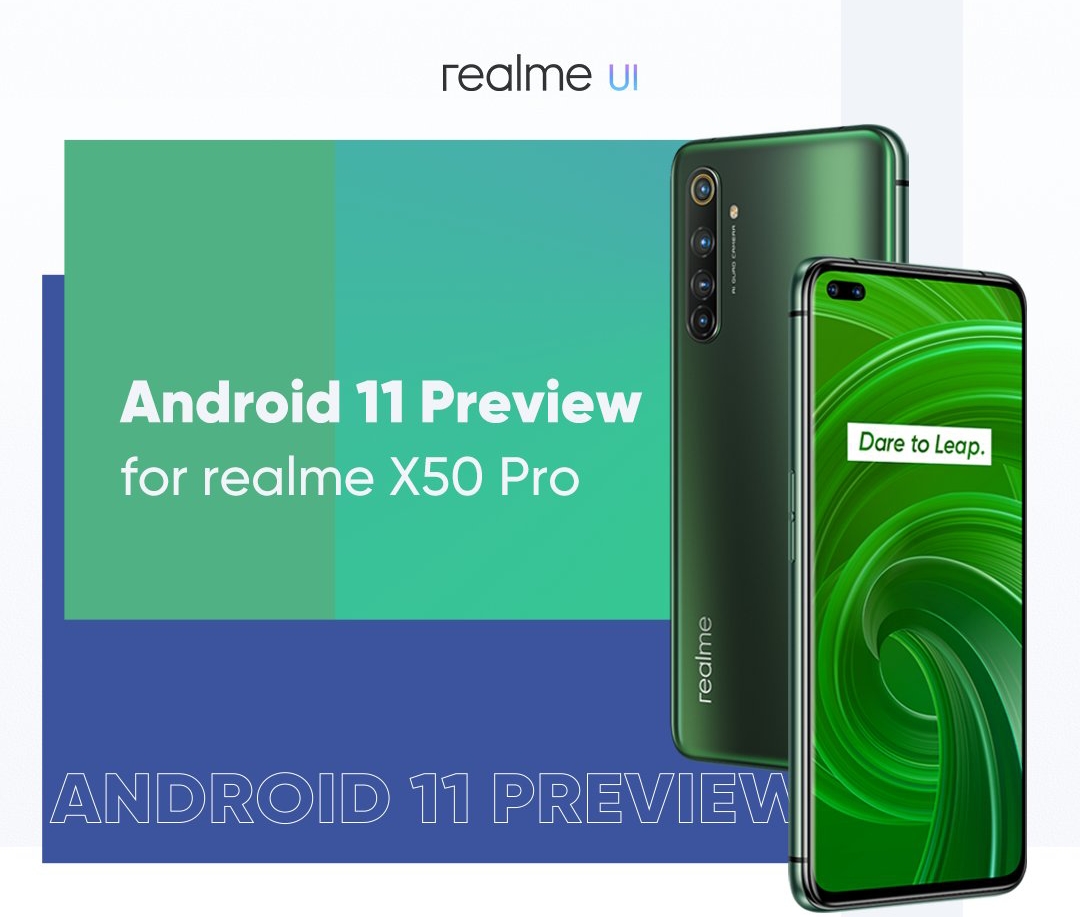 Realme X50 Pro 5G comes with a 6.44-inch Full HD+ display with 1000nits brightness, 105 percent NTSC colour gamut and 100 per cent DCI-P3 and it is HDR10+ certified. The display comes with a 90Hz refresh rate and Corning Gorilla Glass 5 protection.

The phone is powered by a Qualcomm Snapdragon 865 processor, paired with Adreno 650 GPU. It comes with a 4,200mAh battery with 65W SuperDart fast charging solution. 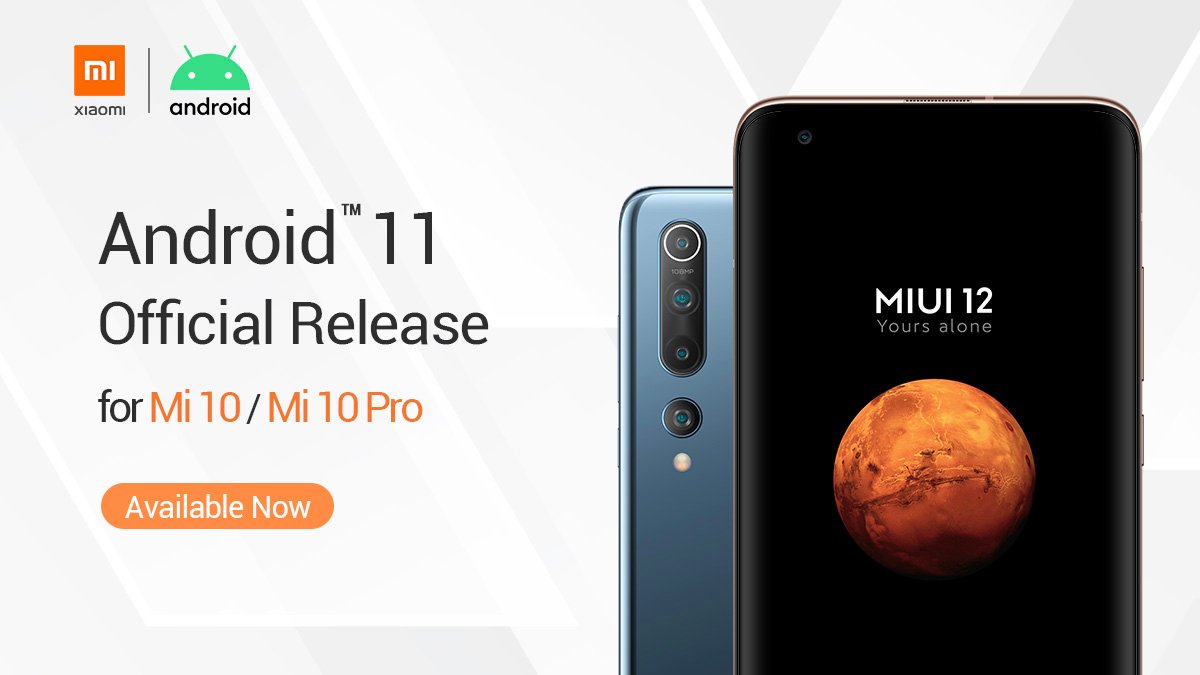 The new Android 11 preview on which MIUI 12 is based is now available for download for the Mi 10.

The Mi 10 Pro is also powered by the Qualcomm Snapdragon 865 with 5G support. It also comes with VC Liquid Cooling System, has 8GB of RAM and 256GB of UFS 3.0 storage. It is backed by a 4500mAh battery with 50W fast charging support.

The Mi 10 Pro also runs on MIUI 12 based on Android 10 which is now being bumped to Android 11 with the new beta.

The OnePlus 8 is loaded with a 6.55-inch Full HD+ AMOLED display with a screen resolution of 2400 x 1080 pixels, 1100nits brightness, HDR10+ support. It is powered by the latest Qualcomm Snapdragon 865 processor along with Adreno 650 GPU. The phone is backed by up to 8GB RAM and 256GB of UFS 3.0 storage. It comes with 4300mAh battery Wrap Charge 30T. It comes with dual stereo speakers with Dolby Atmos and it comes with Haptic Vibration 2.0.

The new OxygenOS 11 Open Beta 1 based on Android 11 is now available for download through the OnePlus community website and can be flashed manually.

OnePlus 8 Pro is loaded with a 6.78-inch Quad HD+ AMOLED display with a screen resolution of 120Hz refresh rate along with 240Hz touch sampling rate.

The new beta for 8 Pro is now available to download and install on OnePlus community. 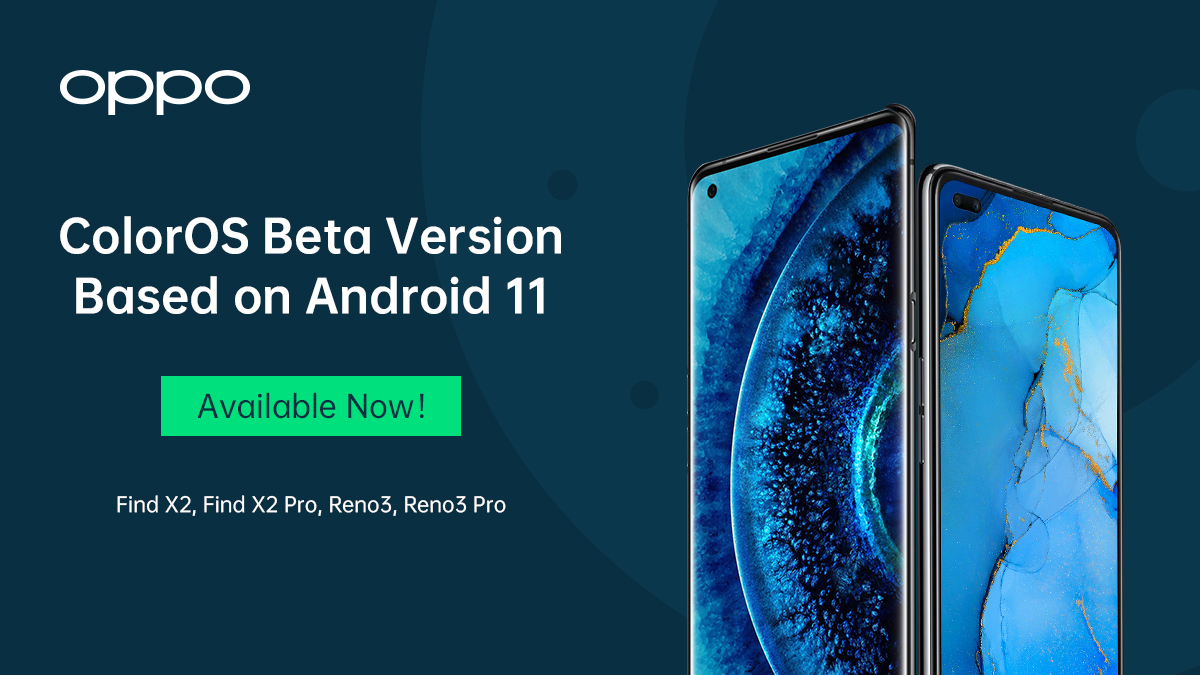 Oppo Find X2 is powered by a 2.84GHz octa-core Qualcomm Snapdragon 865 processor paired with 12GB of RAM and 256GB of storage. The device runs ColorOS 7.1 based Android 10 and is powered by a 4200mAh non-removable battery which supports Super VOOC fast charging.

The new ColorOS 11 based on Android 11 is now available for download which can be installed on the device manually.

A new launch event for the new version of ColorOS has also been scheduled by Oppo for 14th September.

Oppo Find X2 Pro is powered by a 2.84GHz octa-core Qualcomm Snapdragon 865 processor paired with 12GB of RAM and 512GB of storage. The Oppo Find X2 Pro is backed by a 4260mAh non-removable battery that supports Super VOOC fast charging.

The Oppo Find X2 Pro runs ColorOS 7.1 based on Android 10 which can now be upgraded to Android 11 with the help of the new beta.

The device features a 6.4″ AMOLED display, powered by the MT6779 Helio P90 chipset, has a 4025 mAh battery which supports VOOC fast charging, has 128 GB storage paired with 8 GB of RAM.

The device runs on ColorOS 7 based on Android 10 and can now be upgraded to ColorOS 11.

The Oppo Reno 3 has a 6.4-inch AMOLED display along with an in-display fingerprint scanner. It comes with 8GB of RAM and upto 256GB of Storage. It has a 4025mAh battery and also has support for 30W VOOC charging. It is powered by an octa-core MediaTek Helio P95 processor.

It ran on ColorOS 7 based on Android 10 until now. 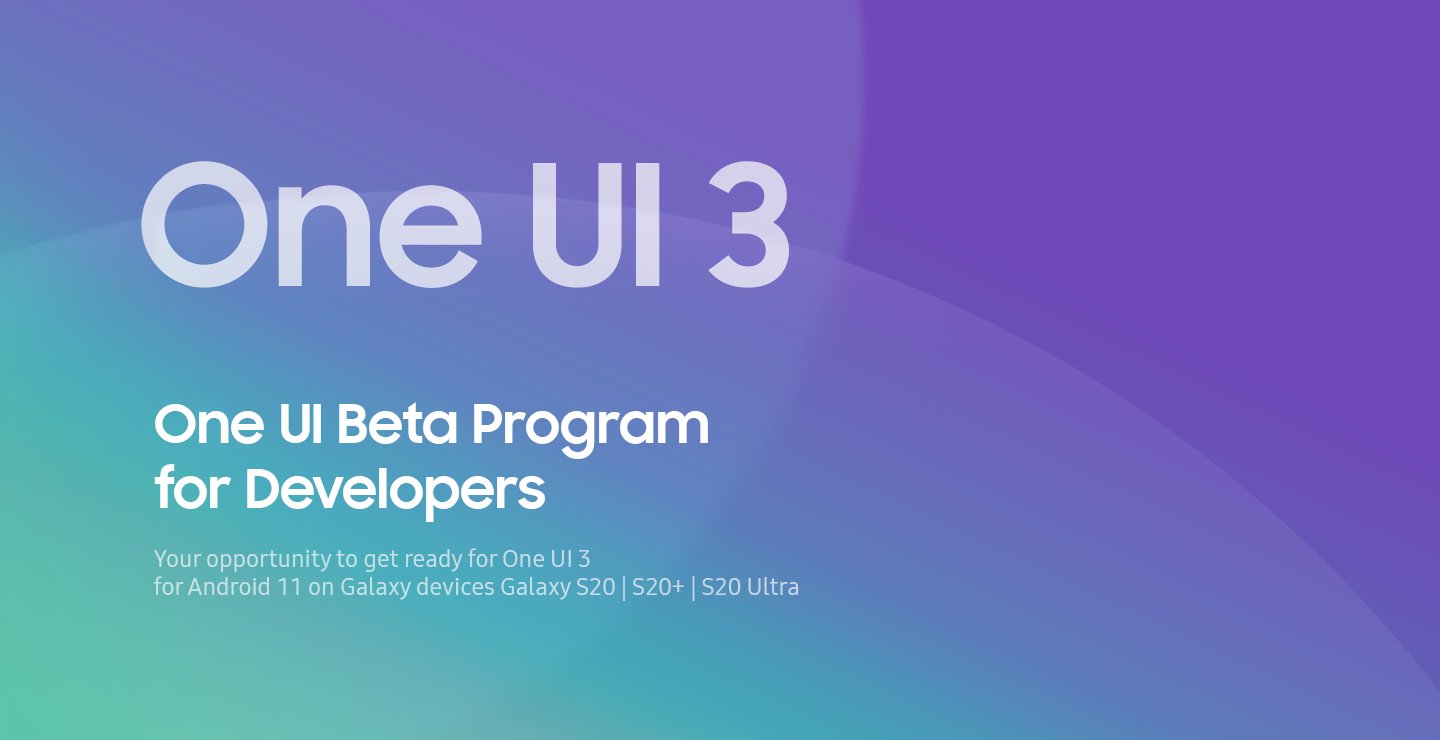 Samsung is also gearing up for the OneUI Beta Program for Developers where it will offer OneUI 3.0 beta based on Android 11 to certain people.

Samsung Galaxy S20 features 6.2-inch WQHD+ Infinity-O Dynamic AMOLED display with a screen resolution of 3200 x 1440 pixels along with 20:9 aspect ratio, 120Hz refresh rate and 563ppi pixel density. The smartphone is powered by Samsung Exynos 990 processor and it will be available with 128GB of internal storage with an option to expand up to 1TB via microSD card slot.

The selection for beta testers is still yet to be announced and a date for the new OneUI 3.0 beta is also expected soon.

The Samsung Galaxy S20 Plus is powered by the Exynos 990 – Global Octa-core Qualcomm SM8250 Snapdragon 865 – USA processor. The device has a 4500mAh battery with 25W fast charging support. It has 8GB of RAM and 128GB of Storage.

The device has a 6.7-inch Dynamic AMOLED display with 120Hz refresh rate.

The exact final date for the release of the final version of Android 11 for these devices is still unknown. And also, more devices from above-mentioned OEMs and others should be arriving soon.