The Xioami R1 is said to be the first phone from the new “R” series of smartphones.

Recently, a mysterious Xiaomi smartphone with a full-screen design was spotted on the internet which is rumoured to be the upcoming Xiaomi R1. Now two new images of the alleged Xiaomi R1 have again surfaced online by a Chinese tipster via GizmoChina. The Xioami R1 is said to be the first phone from the new “R” series of smartphones.

The leaked hands-on images show a clear Xioami R1 kept inside a case revealing a full-screen design of the device. As per the images, the Xiaomi R1 has a 3.5mm audio jack on the top while on the bottom we can see a micro USB port placed between two speaker grilles. The Xiaomi R1 is expected to feature a rear fingerprint scanner. 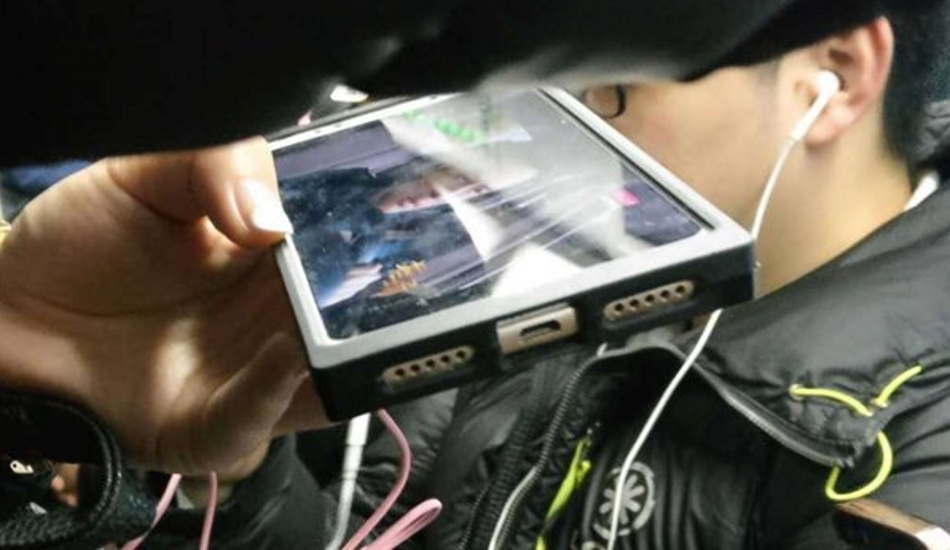 As pf now, apart from the design details, no major specifications and launch details are known. The price point which is tipped for the device is anywhere around 1,499 Yuan (approx Rs 14,600) which means this will be yet again an affordable smartphone.

Xiaomi is expected to launch its much in leaks Redmi Note 5 smartphone with a full-screen design before the end of the year. It is still to be seen whether the Chinese company will also announce R1 this year only or next year.

As per earlier leaks, the Xiaomi Redmi Note 5 has a 5.99-inch Full HD (2160 x 1080 pixels) display with 18:9 aspect ratio. A 2.0GHz 64-bit Qualcomm Snapdragon 625 octa-core processor runs the phone with the help of 3GB/4GB RAM. It offers 32GB/64GB internal storage. This 4G smartphone runs on Android 7.1 Nougat operating system with MIUI 9 on top of it and is backed up by a 4000 mAh Li-Polymer battery which claims to offer up to 72 hours of standby time.