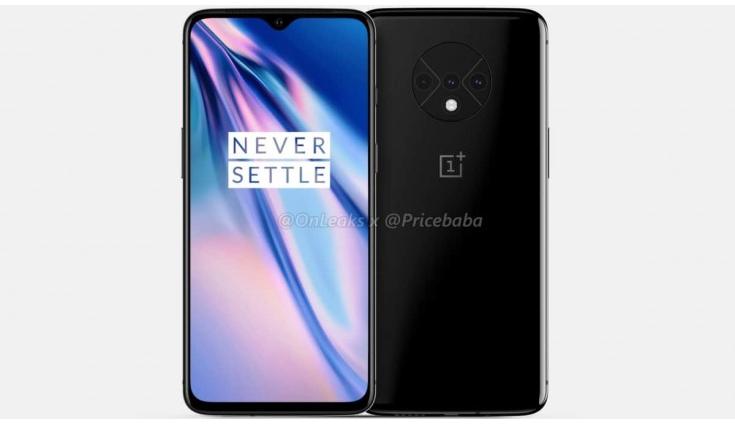 OnePlus 7T will be equipped with a triple rear camera setup with a 48-megapixel primary sensor, 16-megapixel secondary sensor, and a 12-megapixel camera.

As per the listing, the phone is powered by ‘msmnile’ SoC which is said to be Qualcomm Snapdragon 855+ mobile platform that has a base frequency of 1.78 GHz. The smartphone runs on the latest Android 10 out-of-the-box and it will feature 8GB of RAM. The handset has scored 3983 in the single-core test of Geekbench and it has scored 10,967 in the multi-core test. The listing however does not mention the OnePlus brand or OnePlus 7T name. 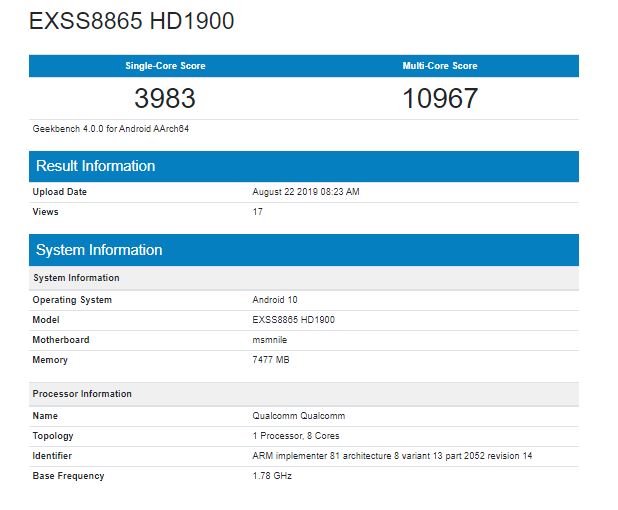 Meanwhile, a protective case for the OnePlus 7T has also leaked, coutesy Slashleaks. The leaked case shows that the smartphone will come with a triple-camera setup in a circular camera module. The three camera sensors are aligned horizontally, with the flash right below them.

Recently, the key specifications of the OnePlus 7T smartphone surfaced online as per which the device will sport a 6.55-inch Quad HD 2K SUPER AMOLED 90Hz screen. The phone will be powered by Qualcomm Snapdragon 855+ processor and will be backed up by a 3,800mAh battery.

OnePlus 7T will come in two colours – Frosted Silver and Haze Blue. There will be two variants of the OnePlus 7T – 8GB RAM with 128GB storage and 8GB RAM with 256GB storage. It is expected that the upcoming OnePlus smartphone will be featuring an in-display fingerprint sensor similar to the newly launched OnePlus 7 and OnePlus 7 Pro. The phone’s dimensions will be 161.2 x 74.5 x 8.3mm.

On the camera department, OnePlus 7T will be equipped with a triple rear camera setup with a 48-megapixel primary sensor, 16-megapixel secondary sensor, and a 12-megapixel camera. As per earlier leaks, the cameras will be placed in a straight line in a circular layout with a dual-LED flash. For the front, there will be a 16-megapixel sensor and the cameras are said to support 960fps 10 seconds slow-motion video, nightscape and wide-angle video as well.

As per earlier reports, after the launch in India, OnePlus 7T and OnePlus 7T Pro would then make way to the US and EU by October 10 and will go on sale starting October 15 in all markets.