The smartphone, bearing a model number WAS-LX1A, is said to be the much-rumored Huawei P10 Lite.

A new device from Huawei has been spotted on the benchmark listing site, Geekbench. The smartphone, bearing a model number WAS-LX1A, is said to be the much-rumored Huawei P10 Lite.

The listing reveals that the smartphone is powered by an octa-core Kirin 655 processor clocked at 1.7GHz. The device is backed by a 4GB of RAM and 64GB of internal storage. The phone is touted to run on the latest Android 7.0 Nougat. The specs are somewhat similar to a previous Huawei smartphone which bears a model number WAS-AL00, which was certified by Chinese regulatory website, TENAA. 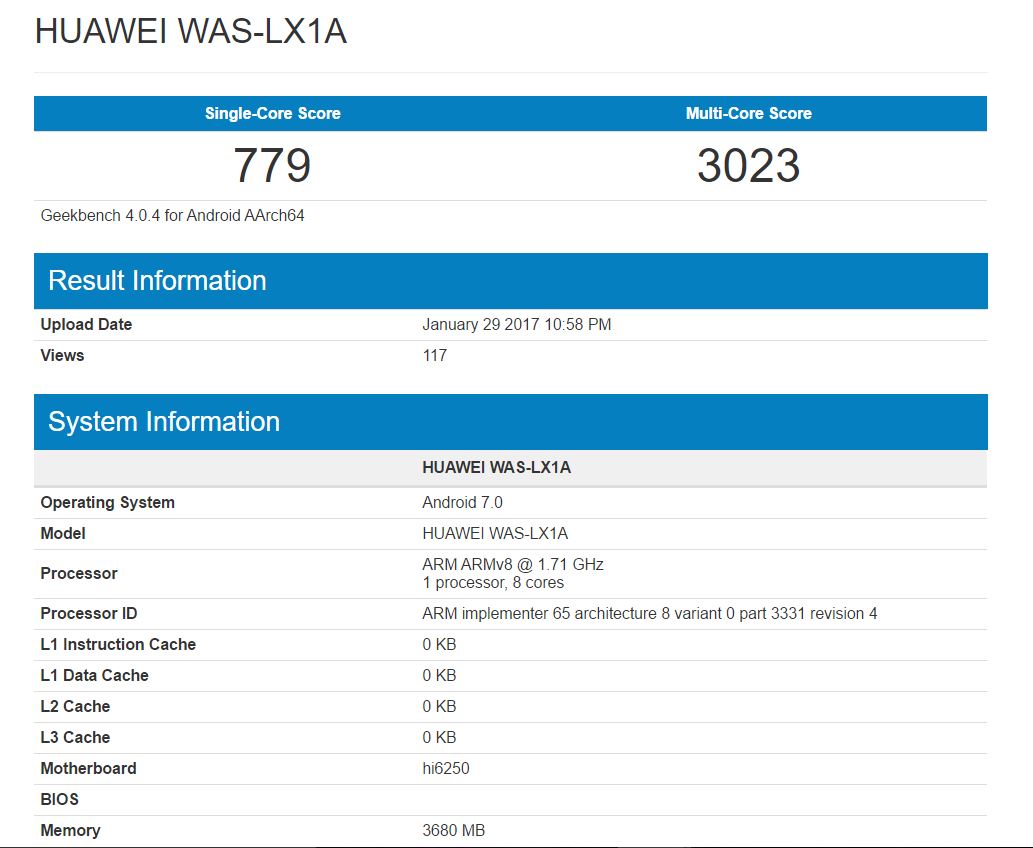 The TENAA listing reveals a similar 4GB of RAM and 64GB of internal storage, hinting that the device might be Huawei P10 Lite. The listing further reveals that the phone will come with sports a 5.2-inch full HD display with a screen resolution of 1080p. Under the hood, the device is powered by an Octa-Core processor clocked at 2.1GHz, which is slightly different from the above-mentioned processor.

On the camera front, the device comes loaded with a single camera setup sporting a 12-megapixel sensor and an 8-megapixel front-facing shooter. The smartphone runs on Android 7.0 Nougat and is powered by a 2,900mAh battery. The phone measures 146.5 x 72 x 7.2mm and weighs 146g.

However there is no information about the pricing and availability of the device, but we might expect that the smartphone might be unveiled alongside with Huawei P10 and P10 Plus smartphones.