How to buy a camera phone 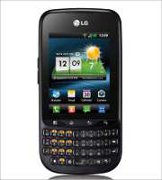 If you want to buy a mobile phone with a good camera, judging based on megapixel value alone won't get you the desired result. Here is a guide on choosing the best camera phone.

If you want to buy a mobile phone with a good camera, making judgments based on resolution (expressed in megapixels) alone won’t get you the desired result. You need to look at other features of the camera as well.

Here are some of the key points you should consider before buying a camera phone:

Megapixel count is the first thing to look for in a camera phone. It is indeed an important aspect of a digital camera.

But what do megapixels signify, and how many are good enough?

Megapixel means ‘million picture elements per inch’. Usually, the more elements there are per inch of the image, the clearer the picture will be. The only drawback is that each picture will consume more space on the memory card, and will consequently take time to transfer wirelessly. But then there are compression technologies and faster networks (3G and Bluetooth 3.0) to help with speedy data transfers.

Autofocus is the best way for a phone camera to focus on the subject, and it therefore results in high quality images. In case your camera doesn’t have the autofocus feature, you will often get blurred images.

At times a picture seems to be perfectly focused when it is viewed on a small mobile screen, but when you want to see it on a bigger screen such as on your PC, or want to get it printed, you will realise that it is actually blurred.

Most of us take autofocus for granted, though even these days there are a lot of camera phones with fixed focus cameras. Simply avoid these.

Most cameras do capture video as well, and a high mega pixel camera can produce very average video because it captures at a slow frame rate.

A video is a collection of images taken in succession. The more images a camera takes per second, the smoother a video it produces.

24 FPS is a healthy number and 30 FPS in a mobile camera is really good.
Also, check if the camera records HD video (720 p or better); many phones offer this feature nowadays.

For taking an indoor picture with a mobile phone, flash is very important.

There are three options where flash is concerned. The best, and an expensive type, is Xenon Flash. It is 1,000 times brighter than the LED variety, but consumes a lot of power, thus draining the battery very fast.

There are single LED flashes too, but they are useless because they produce very little light.

Lenses are among the key components of the camera. Better the lens better the picture. Go for a camera phone that has a branded lens such as one from Carl Zeiss, which makes really good lenses.

Mobile companies don’t usually specify the size of the sensor their phone camera uses, though this detail is almost as important as mega pixel value. However, a sensor should be proportionate to the camera’s size.

So next time you see a big lens behind a camera phone don’t think it’s a bad thing, and that it will be more prone to breaking. In fact, it is a sign of a good camera.

White balance helps control the exposure based on lighting conditions. Without white balance and exposure control features, you will get washed out images in which a blue sky might appear white in bright sunlight.

Face detection is a nearly three year old technology. It helps the camera identify faces and focus on them rather than on the centre of the image.

Look for features that allow you to directly upload images and video to sites such as Facebook, YouTube or Picasa.

Image stabilisation is another useful feature, especially for people who have unsteady hands. However, it is not available in most phones and even those that do have it use software to do so; instead of lens control. This is not the best way of stabilising images.

Another useful feature is optical zoom; but it is only available in one Spice phone. Optical zoom adjusts the camera lens for zooming, and there is no distortion; whereas with digital zoom, the image is simply stretched to enlarge a portion of it, which distorts the picture. Therefore, digital zoom shouldn’t influence a buying decision as it can be achieved in any case using image editing software.

A good user interface, dedicated camera button, and camera cover that protects the lens are some other features that can make a good camera phone better.

You can look for some good camera phones here, and we will keep writing such stories.