Airtel Delhi Half Marathon used technology to keep the fans running from wherever they are, Here is how! 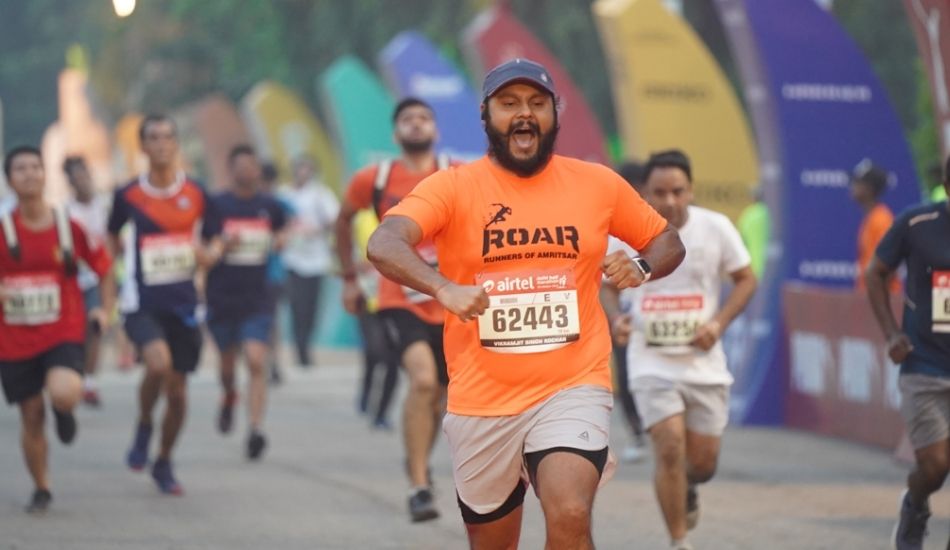 The efforts made using technology by the ADHM puts sports firmly back on track for a recovery, even as everyone looks forward to returning to normalcy

2020 has been a tough year for sporting events in India, but the Airtel Delhi Half Marathon ( ADHM 2020) has leant on technology to ensure passionate fans stay connected, and the annual marathon remains as big, if not bigger than before. For starters, despite everything, some of the world’s top runners, including defending champions Andamlak Belihu and Tsehay Gemechu, both of Ethiopia, have confirmed participation again in the ADHM 2020.

While the main marathon on Nov 29 has gone with the highest level of safety standards, including bio-secure zones while being limited to the elite runners, passionate amateur runners have not been forgotten. Thus, while the elite runners were at the start line at Jawaharlal Nehru Stadium, amateurs from across the globe joined them via the exclusive Airtel Delhi Half Marathon Mobile App.

Sharing his view of technology in conducting the marathon, Olympic gold medallist shooter and Brand Ambassador for the ADHM, Abhinav Bindra said, “This era forces us to embrace technology more and innovate more. Sports needs technology and innovation. To survive a challenging situation, we have to adapt to the situation.”

So, what did theAirtel Delhi Half Marathon Mobile App do?

The ADHM app made it possible for people to participate in the marathon from anywhere across the world. The participants had to log into the app from wherever they were and instead of going through the usual marathon route set by the event coordinators, they could choose their own course and start running—maybe at a park near them or an empty stretch.It is a specialised event app with multiple features like timing and distance tracker, inspiring audio soundscapes and much more for an enhanced running experience.To make the running experience interactive, they could hear pre-recorded crowd sounds and virtually guided through what they would have seen if they were running on the predefined route. How cool is that?

Like the marathon day, when thousands used to come and pick their choice of races, the app also had a full suite of options. Race category options included– Half Marathon 21.09km, Open 10K or the Great Delhi 5K Run. While the elite runners had to run on 29th, amateur runners had the option to run any time between Nov 25th and Nov 29th (till 23:59 hrs) after selecting the race button on the ADHM App.

Since keeping a memento of the run is a major part of marathons, participants who registered and completed their races by the due date would also get real medals and certificates, to bring the experience even closer. And like ADHM every year, all participants got a bib as well.

The efforts made using technology by the ADHM puts sports firmly back on track for a recovery, even as everyone looks forward to returning to normalcy. Like other sectors, be it education, conferences, entertainment and many others, competitive sports finally has a success story too, without putting health at risk. All thanks to the ingenuity from Airtel and Procam.