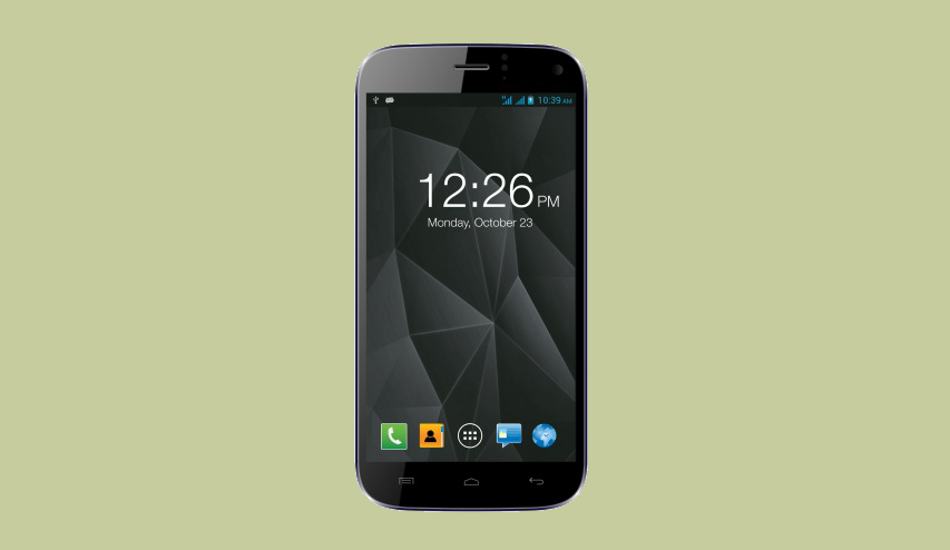 Full high definition denotes screens with 1920×1080 pixels resolution. Few years back, such resolution used to be associated with flagship smartphones but not anymore. Today, even devices under Rs 10,000 come with full HD display. Here we have listed best five of those devices.

Obviously, we have kept all other features in mind to select the top five.

The Micromax Canvas Turbo A250 has a 5 inch IPS display and 441 ppi pixel density. The phone has a quad-core processor clocked at 1.5 GHz and 2 GB of RAM. Besides, the Micromax Canvas Turbo offers 16 GB internal memory, 13 megapixel rear camera with BSI sensor, 5 megapixel front camera, dual SIM, 3G, GPS, WiFi, Bluetooth 4.0, and a 2000 mAh battery that claims to offer 7 hours of talk time or 105 hours of standby. 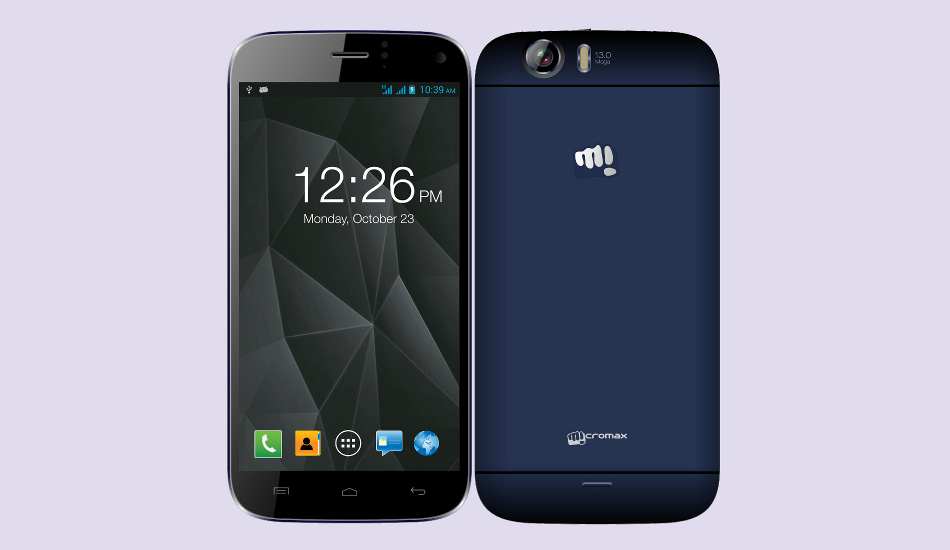 However, it doesn’t have any micro SD card slot.

The Alcatel OneTouch Idol X+ comes with a 5 inch IPS display with a resolution of 1080 x 1920 pixels, resulting in a pixel density of 441 ppi. The handset has an octa-core 2 GHz processing unit which runs with 2 GB of RAM. There is no provision for expanding the memory, so you are limited to the 16 GB of internal storage. The 13.1 megapixel primary camera of Alcatel OneTouch Idol X+ is equipped with auto-focus, geo-tagging, flash, face detection, and video recording. 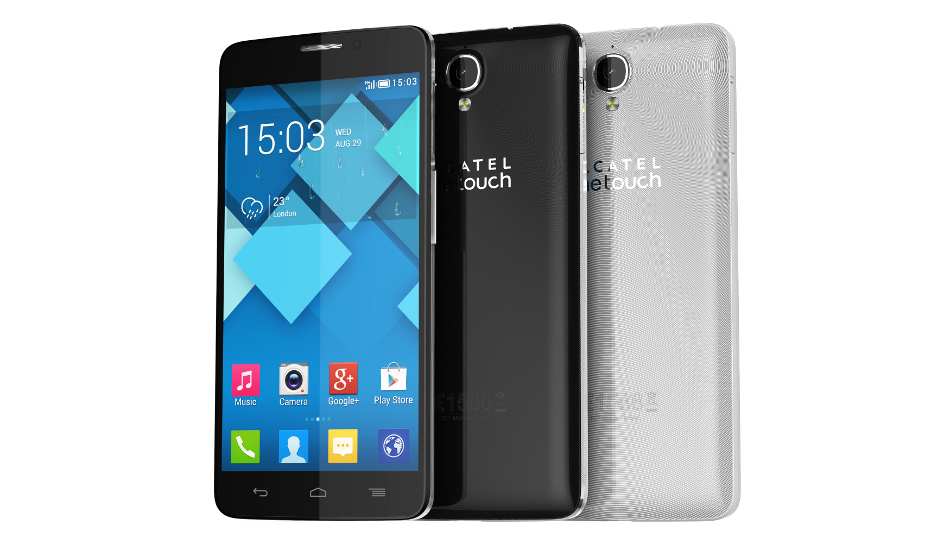 In its front there is a 2 megapixel camera which too can record videos at 1080p. For connectivity, the Alcatel OneTouch Idol X+ has 3G, Bluetooth, WiFi, GPS, etc. The 2500 mAh battery is enough for up to 27 hours of talk time or 650 hours of standby.

The ZTE Grand SII is armed with a 5.5 inch IPS display with a resolution of 1080 x 1920 pixels, resulting in a pixel density of 401 ppi, a little lower than some other phones, but explained due to the larger screen. The ZTE Grand SII has an impressive 2.3 GHz quad-core processor with 2 GB of RAM. 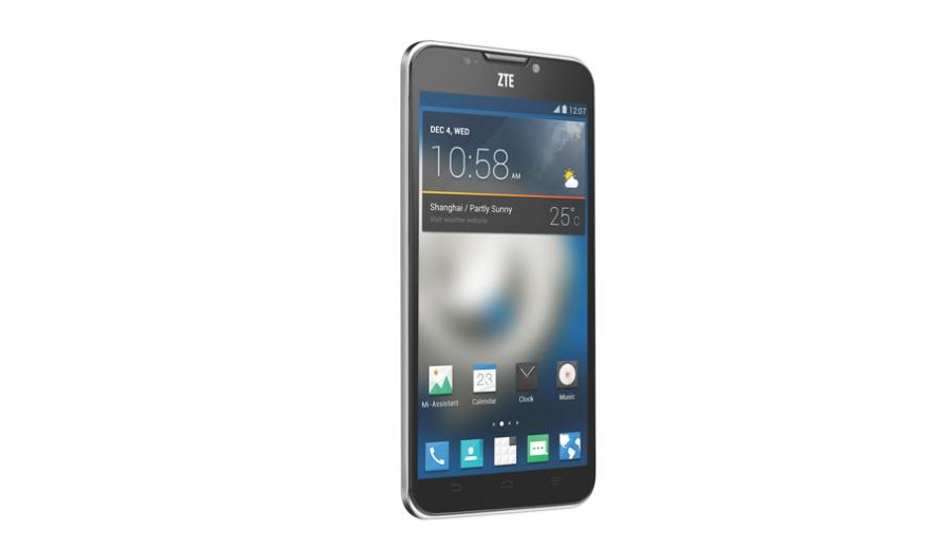 The handset offers 16 GB of internal memory besides offering a micro SD card slot for an additional 32 GB. The ZTE Grand SII has a 13 megapixel primary camera with auto-focus, geo-tagging, face detection, flash, video recording at 1080p at 30 fps, and a 2 megapixel front camera that also records videos in the same way. The ZTE Grand SII is a single SIM phone with 4G, WiFi, GPS, Bluetooth, NFC, DLNA, etc. It has a 3100 mAh battery, which is probably enough to last a full day even with a large 5.5 inch display.

The Xolo Q3000 has the largest screen in this guide, with a 5.7 inch IPS display with a resolution of 1080 x 1920 pixels, resulting in a pixel density of 386 ppi. The Xolo Q3000 has a quad-core processing unit clocked at 1.5 GHz with a RAM of 2 GB. The internal memory stands at 16 GB, and another 32 GB can be added with a microSD card. The Xolo Q3000 has a 13 megapixel camera with a host of features such as BSI 2 sensor, auto-focus, geo-tagging, burst mode, HDR, low light enhancement, face detection, panorama, flash, and HD recording. 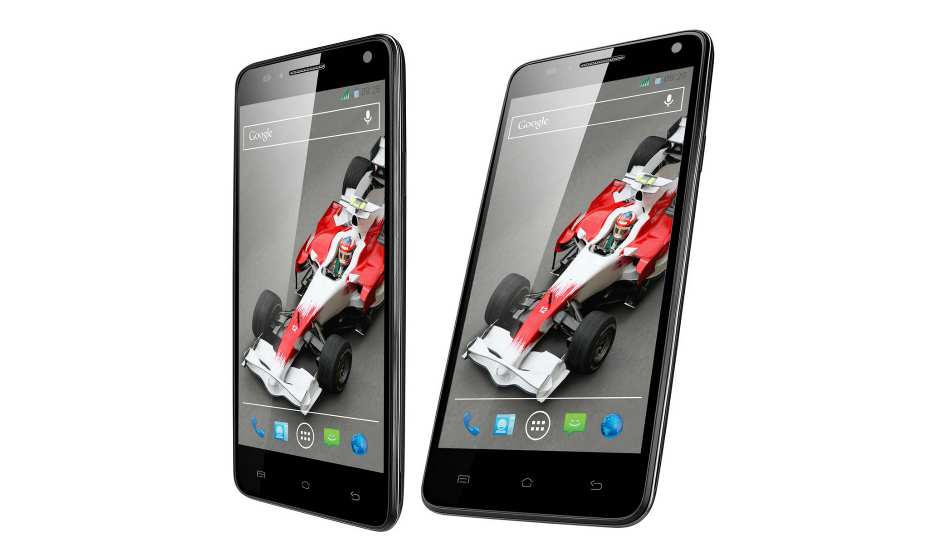 Armed with a 5 inch display with IPS technology (allowing for wider viewing angles), the Karbonn Titanium Octane Plus has a full HD screen with a pixel density of 441 ppi. The Octane Plus is armed with a 1.7 GHz octa-core processor, 2 GB of RAM, internal memory of 16 GB, and a 32 GB micro SD card slot. The handset has a 16 megapixel primary camera and an 8 megapixel front camera. 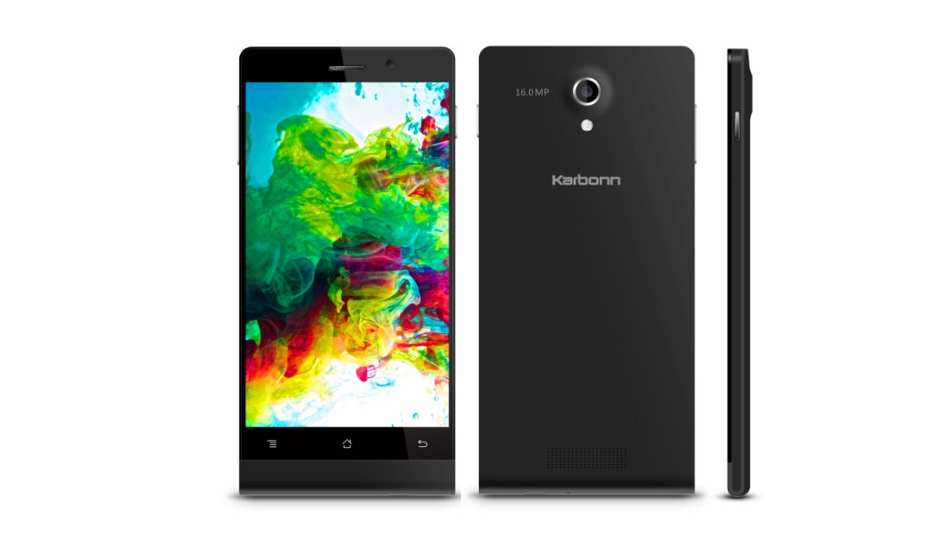 Besides, this dual-SIM device has Bluetooth 4.0, 3G, GPS, WiFi, and even NFC. Its 2000 mAh battery might not be enough for a full day’s work but what more can you expect at this price.