Dual SIM is no longer rare-all the phones from Indian manufacturers are dual SIM, therefore options are many and choosing is a bit of a challenge.

There was a time when there were only a few phones with dual SIM in the market, especially in the smartphone segment. But now dual SIM is the norm, at least among Indian manufactures. There are plenty of phones with best in class hardware and therefore choosing amongst them is a bit of a task. One of the reasons for this problem is that some of the brands maintain dodgy quality; while one phone of theirs will perform very well, another model might be a dud. So we have chosen the phone that we have tested and know performs as per expectations, and in some cases better than that.

The first player in the quad core battle amongst Indian brands was Micromax with its Canvas HD A116. The phone is immensely popular and rightly so. You can read the review here. The phone is now available for Rs 13,800.

Micromax Canvas HD comes with a 1.2 GHz quad core Mediatek MT6589 processor, Android 4.2 Jelly Bean operating system and 1 GB of RAM. There is 4 GB of internal storage in the phone, which can be expanded to 32 GB using a micro SD card. Besides, the 5 inch display screen comes with 1280 x 720 pixel HD resolution. Micromax Canvas HD has dual cameras including an 8 megapixel rear camera and a 0.3 megapixel front unit. It supports 3G, WiFi 802.11 (b/g/n), Bluetooth, and GPS/A-GPS. Further, there is a 2000 mAh battery in it.

Xolo Q1000 is equipped with a 5 inch HD IPS display with resolution of 720 x 1280 pixel, and is protected by DragonTrail Glass, which claims to be six times stronger than conventional glass. It is only 70.8 mm wide and 8.8 mm thick. Xolo Q1000 runs on the latest Android Jelly Bean (4.2) and is powered by a 1.2 GHz quad core processor which is assisted by 1 GB RAM. 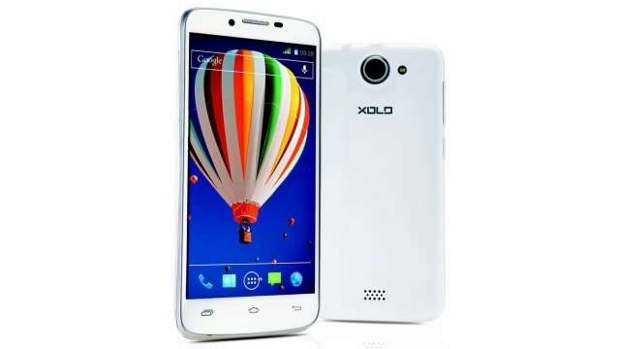 The Xolo Q1000 comes with an 8 megapixel rear camera and 1.2 megapixel front camera. Both come with BSI (Back Side Illumination) sensor technology that claims to enable better low light imaging. It has a dedicated camera key for quicker access to the camera. It comes with a 2100 mAh battery. However, the phone is costlier at Rs 14,800 and we think the price is well worth the asking given the strong build quality and better camera. You can read a review of the phone here.

Spice Stellar Pinnacle Pro comes with a 5.3 inch display with qHD (960 x 540 pixel) resolution. The dual SIM handset has a 1.2 GHz quad core Mediatek processor, 1 GB RAM and 16 GB built in memory, which can be expanded further to 32 GB through a micro SD card. The smartphone has Android 4.2 Jelly Bean operating system for maximum application compatibility. 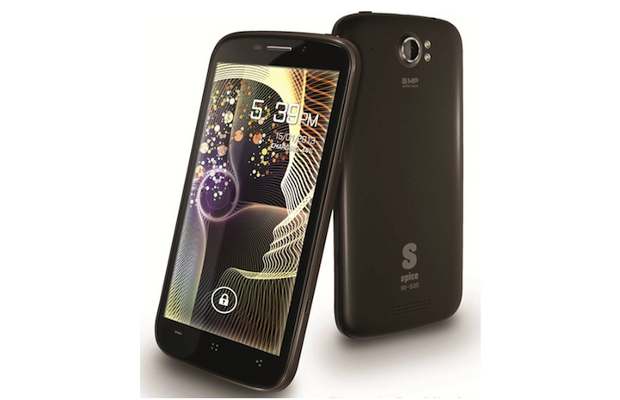 The Android smartphone has 3G, WiFi, Bluetooth 4.0, and a micro USB port for connectivity. It also has a Li-Polymer battery with 2550 mAh rating that claims to provide over four hours of talk time. Another unique thing about this phone is that both the SIM cards will support 3G connectivity, which is not the case with most dual SIM phones.

Spice has also used dual mic with noise suppression technology, which offers better call quality. The phone is priced at Rs 14,990 and offers good value for money given the features and performance that you get. You can read the review of the phone here.

Zen Ultrafone 710 HD is powered by a 1.2 GHz quad core processor. The handset has a 5 inch IPS capacitive screen and as the name suggests, it comes with high definition (HD) resolution. The dual-SIM smartphone comes with a 2000 mAh battery, 1 GB RAM and 4 GB on board storage which is expandable up to 32 GB. 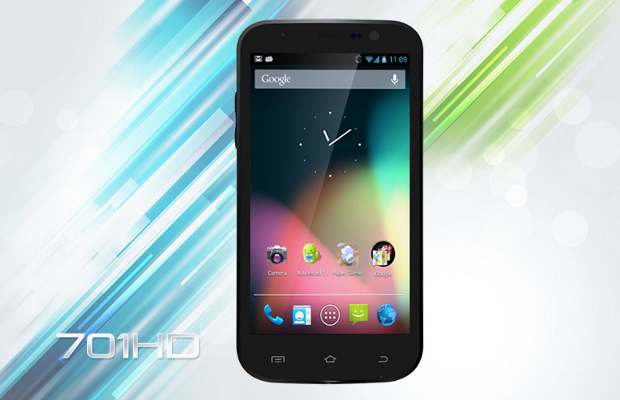 Zen Ultrafone 701HD has WiFi (a/b/g/n), Bluetooth, 3G, and A-GPS, and a micro USB port for connectivity. Besides, the smartphone flaunts an 8 megapixel auto focus rear camera with BSI sensor and LED flash while a 3.2 megapixel camera is in the front. As per Zen, the handset has full HD video recording capability along with features like panorama shot, and burst shot with up to 99 shots on the go.

The phone really impressed us with both its performance as well as battery life. You can read a review of the phone here. The Ultraphone is available for Rs 11,999.

Unlike other phones here which are powered by a Mediatek chipset, this 5 inch quad core phone from Karbonn comes with a Qualcomm chipset. However, unlike other devices it only gets a five inch display with qHD (540 x 960 pixel) resolution. The phone runs on a 1.2 GHz quad core processor and 1 GB RAM. It has Android Jelly Bean with OS version 4.1.2. 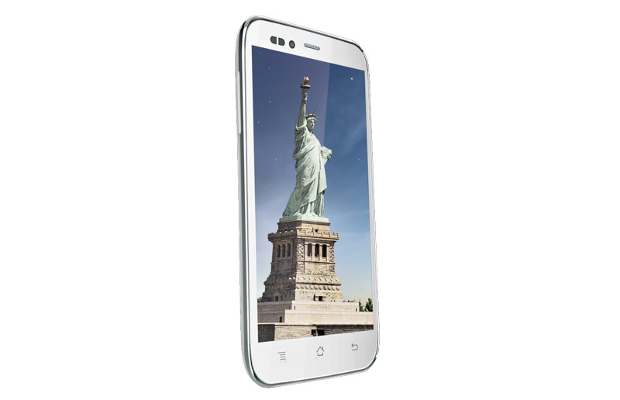 In the camera department the phone gets an 8 megapixel rear and a 2 megapixel front snapper. The Karbonn Titanium S5 also gets a 2000 mAh battery. It has a regular set of connectivity features like 3G, WiFi, and Bluetooth.

The phone is available for Rs 10,940 which makes it the cheapest here, and it does get the slightly older Android 4.1 instead of 4.2 which even Micromax Canvas HD is offering thanks to the upgrade. It also has slightly lesser battery life but its price advantage makes it worth considering. You can read an in-depth review of the phone here.