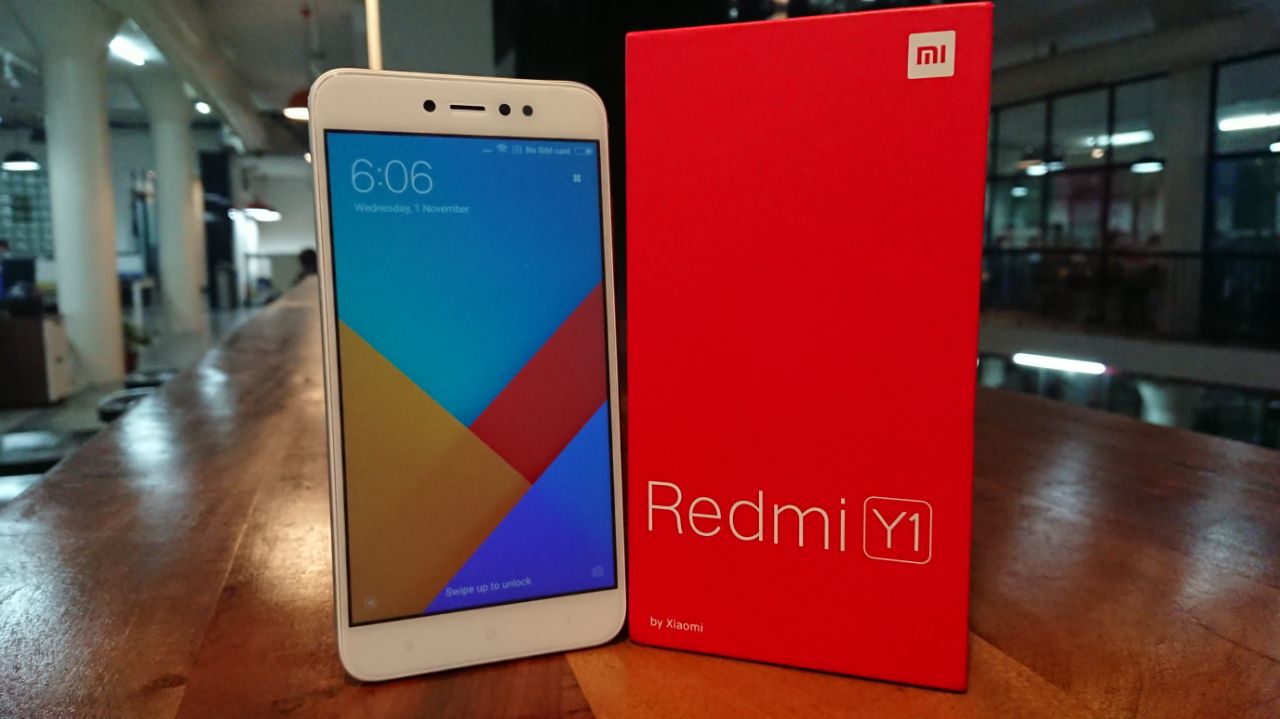 The Redmi Y1 comes loaded with some pretty interesting specs sheet and the star of the show is the 16-megapixel front-facing camera. But it will be enough to make a long-lasting impression?

Xiaomi has introduced a new selfie-centric series in India with the launch of Redmi Y1 and Redmi Y1 Lite. The Redmi Y1 comes with a price tag of Rs 8,999 for the 3GB RAM variant, while the 4GB RAM variant comes with a price tag of Rs 10,999, while the Redmi Y1 Lite is priced at Rs 6,999 and both of them will be available for purchase from both offline storesand from Amazon on November 8, 2017.

The company has also announced its next major OS update with the launch of MIUI 9 for the global market as well. The latest user interface comes loaded with some really interesting features (we will talk about this later). Coming to the elder sibling, the Redmi Y1 comes loaded with some pretty interesting specs sheet and the star of the show is the 16-megapixel front-facing camera. But it will be enough to make a long-lasting impression? We got the chance to spend some time with the device and here are our impressions. 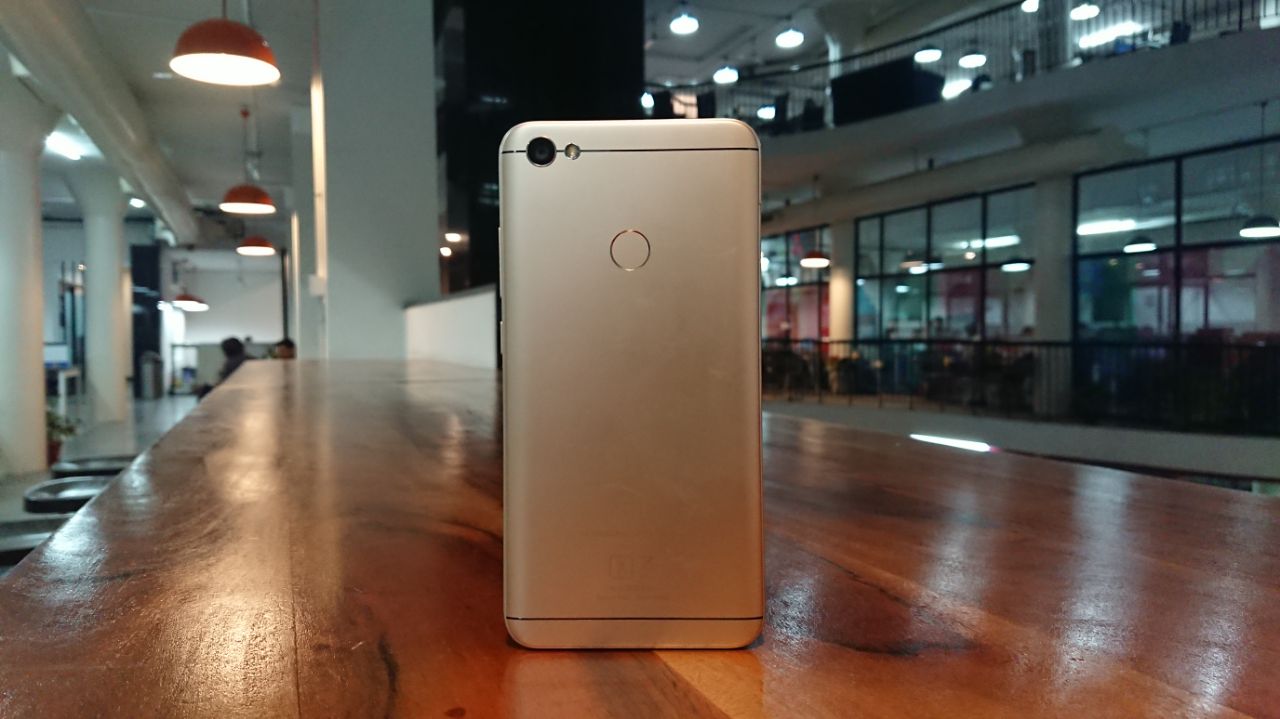 As usual, let us start with the design part. The Redmi Y1 looks are pretty much standard for this price range. The smartphone has a fair share of plagiarism and it looks a tad similar to other Chinese smartphones like Vivo. This is a bit disappointing, especially, from a brand like Xiaomi, who is known for making uniquely designed smartphones. That said, the device is pretty lightweight with just 153 grams and it is quite slim with 7.7mm thickness.

We got the Gold variant for review and it also comes in Dark Gray colour option as well. Giving a brief about design aesthetics, the front sports a large 5.5-inch display with some minimal side bezels, though bottom and top bezels are quite chunky. The top houses a selfie camera along with an earpiece and LED flash, while the physical navigation buttons are at the base. Sadly, the navigation keys are not backlit, which kind of spoils the mood. 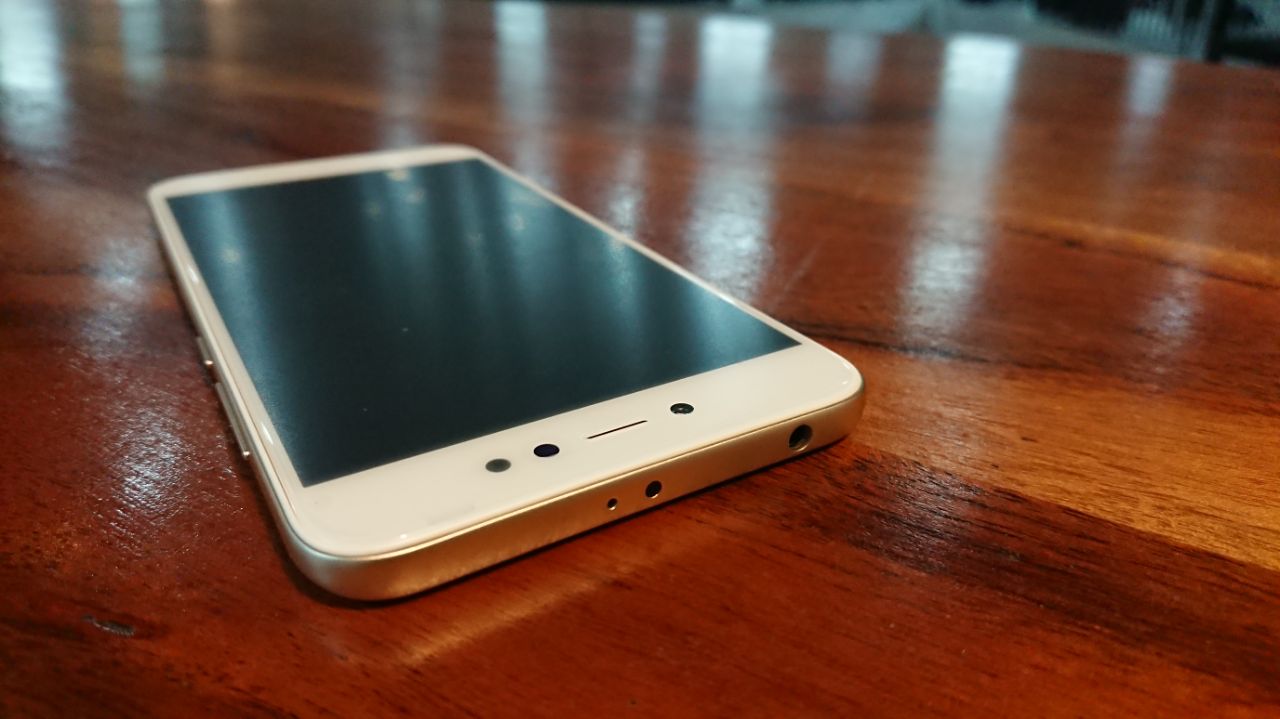 The right houses volume controls and power on/off button, while on the left you get a dual-SIM slot and yes, a dedicated micro SD card slot. Thankfully, Xiaomi has added a dedicated slot in this one as it will give some flexibility of using both SIM cards and micro SD card. At the top of the device, there is a headphone jack accompanied by an IR blaster, while at the base, there is a micro USB port flanked between two speaker grille.

The back houses a primary camera along with a LED flash at the top left corner, while the antenna lines are just below the camera module. If you south, you will find a fingerprint sensor, which is pretty fast to unlock the device. That said, the overall design of the smartphone looks a tad similar to other Chinese smartphones out there in the market. But it is comfortable to hold and easy to operate. 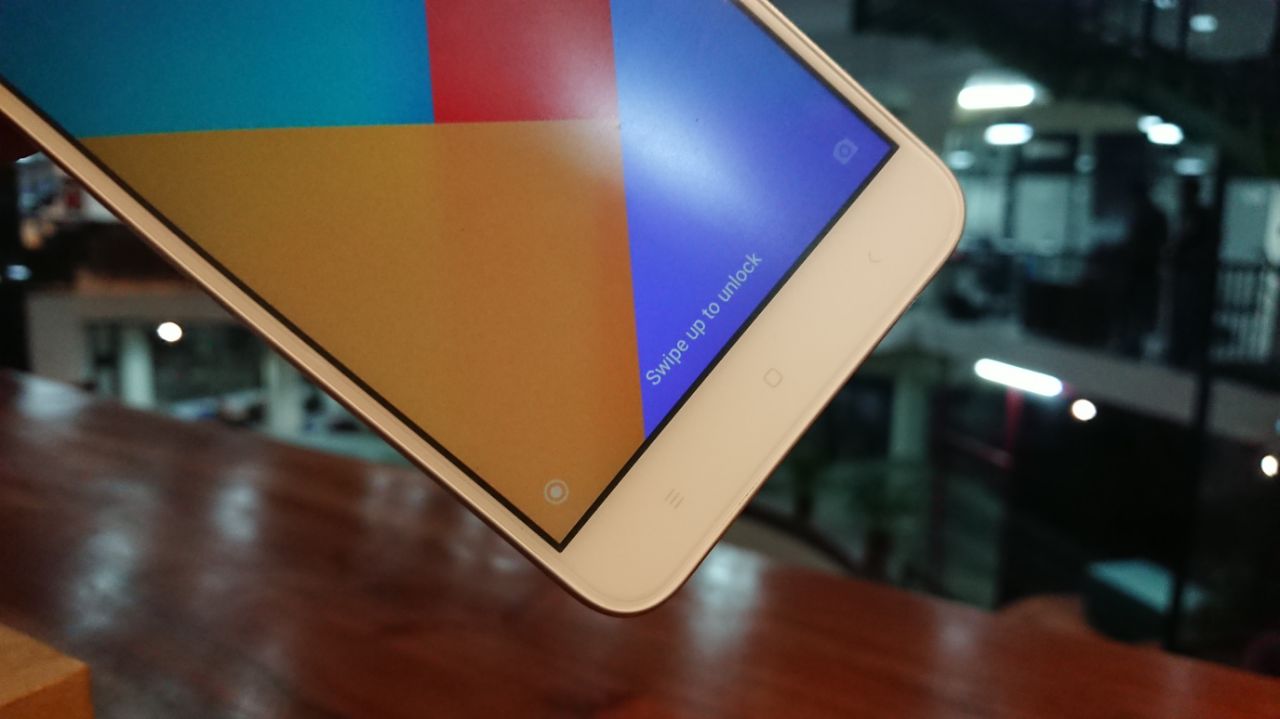 Coming to the display department, the smartphone features a 5.5-inch HD IPS display with a screen resolution of 1280 x 720 pixels. The display is protected by a Corning Gorilla Glass, which should ideally prevent it from getting scratched in your pockets. The display comes with some vivid colour outputs and has some good viewing angles. The brightness looks decent and you have the option to change contrast and colours by going to the Setting menu.

This is where it gets interesting. The smartphone is powered by a Qualcomm Snapdragon 435 octa-core processor along with Adreno 505 GPU. The phone is backed by a 3GB of RAM and 32GB of internal storage, which can be further expanded up to 128GB via micro SD card slot. It would be interesting to see who well the smartphone will perform during our testing period. So do watch this space for the full review of Xiaomi Redmi Y1. However, judging by the sheer specs sheet, the smartphone will face a tough competition with the likes of Lenovo K8 Plus, Motorola Moto C Plus and its own Xiaomi Redmi 4. 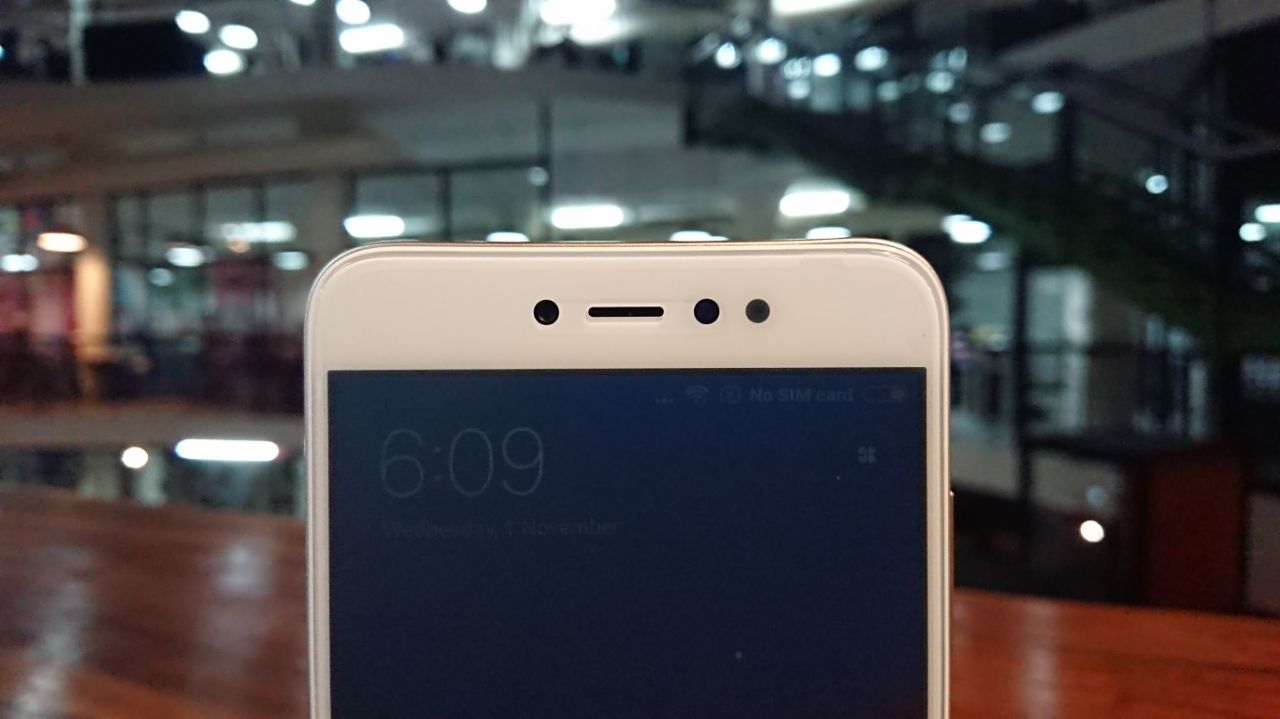 On the software, the smartphone comes loaded with MIUI 8 based on Android 7.1.1 Nougat, however, soon it will be updated to the latest MIUI 9. Our review unit came with the beta version of the latest MIUI 9 and it sure looks promising. Xiaomi has heavily criticized for not providing quick reply option in the notifications. But, finally, the company has incorporated it with the latest MIUI 9 update and now, users can read and reply from a notification by swiping down with two fingers from the notification tray. We will talk more about features and drawback of the MIUI 9 in our review.

The major highlight of the smartphone is the 16-megapixel front-facing camera with a LED selfie flash. The rear camera comes with a 13-megapixel sensor with PDAF and LED flash. During our initial testing, we found out that the selfie camera does a pretty decent job in capturing natural-looking selfie and the detailing in the photos was satisfactory. 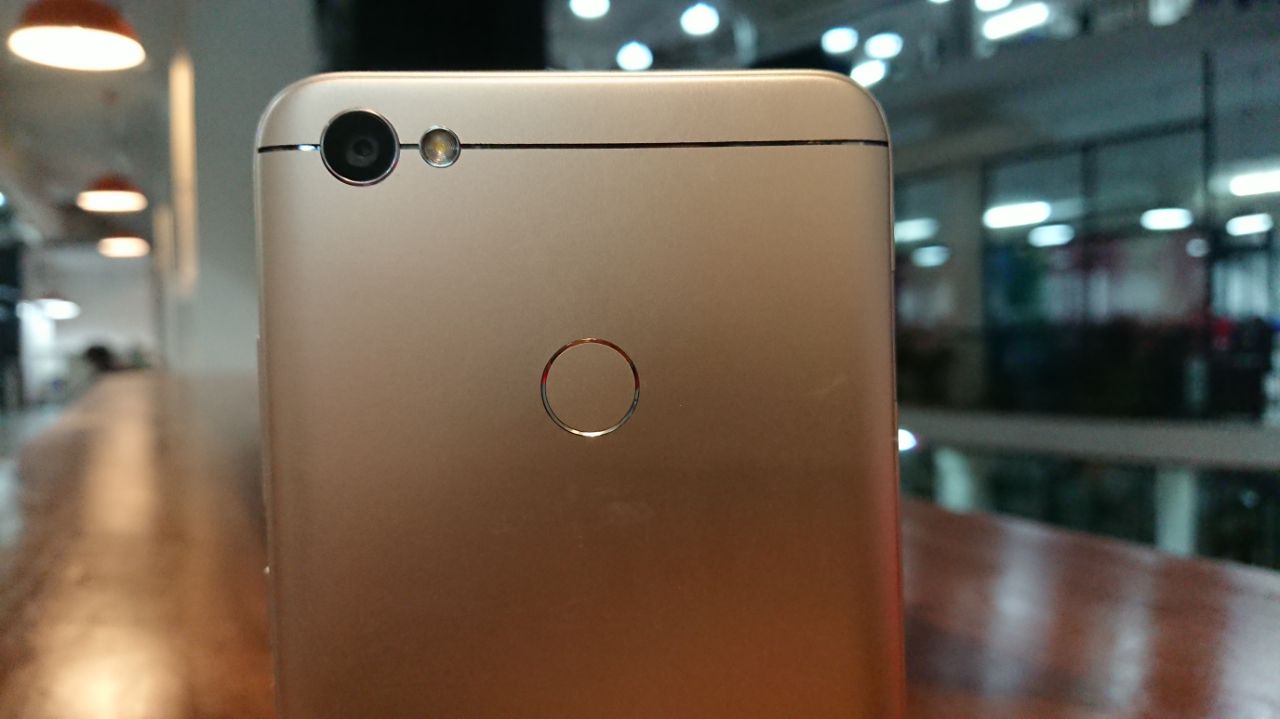 The rear camera does a decent job as well and you get to play with different modes like audio, Beautify, Tilt-shift, Timer, Straighten, Scene, Panorama, Manual and more. The feature looks promising and we will test both the cameras under different lighting conditions. So, stay tuned with us.

Moving on, Redmi Y1 sports a 3,080 mAh battery that is rated to offer 35 hours of call time and 11 days of standby time. However, there is not fast charging in this one, but one could expect a day of battery backup under normal usage. 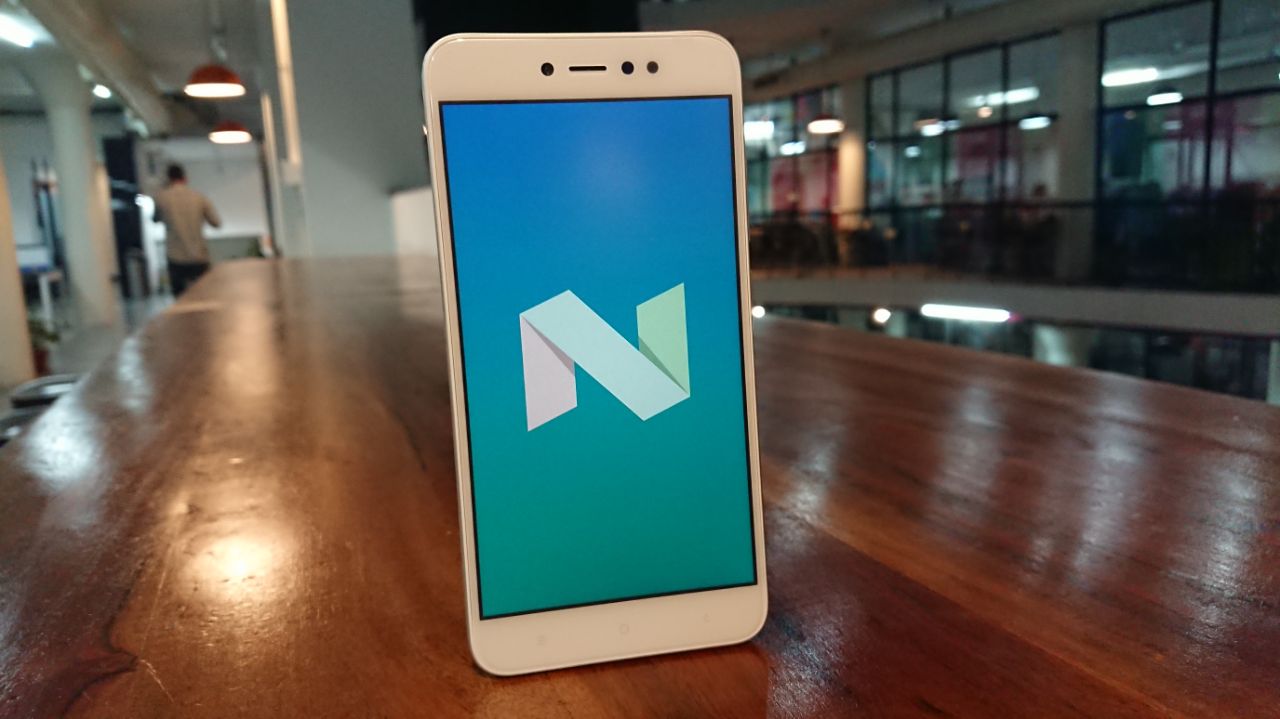 On the connectivity front, the Redmi Y1 supports 4G VoLTE, Wi-Fi 802.11 b/g/n, Bluetooth 4.2, GPS/GLONASS, 3.5mm audio jack and micro USB port. The connectivity options are pretty much standard you will find at this price point.

To wrap up, the smartphone comes loaded with a pretty much standard design language, though the display looks promising. The selfie camera does a decent job during our initial testing and we will talk more about this in our review. As for the competition is concerned, the smartphone will face a tough competition with the likes of Lenovo K8 Plus, Motorola Moto C Plus and company’s own Redmi 4 and Redmi Note 4.