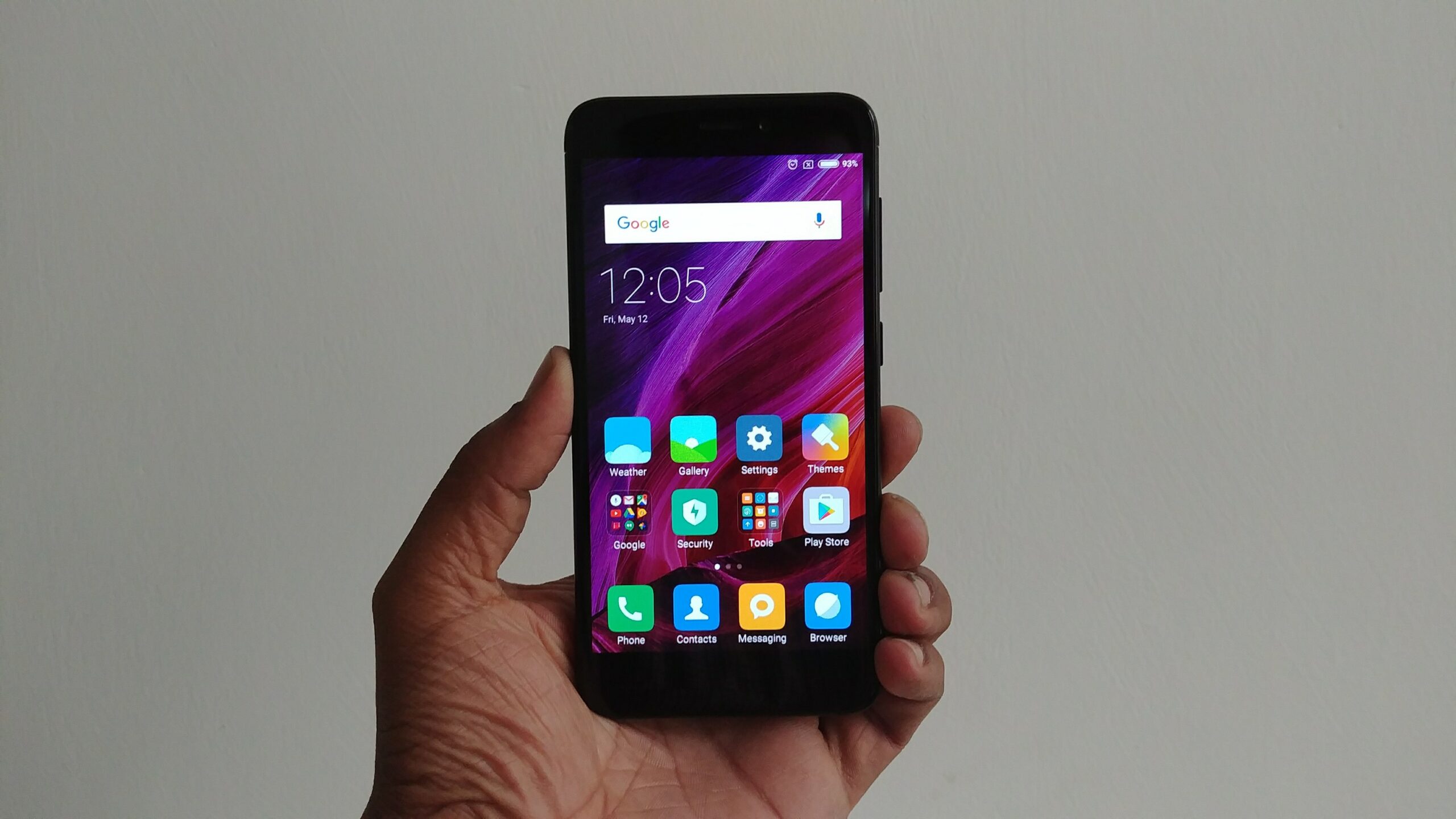 After Xiaomi Redmi Note 4 and Redmi 4A, the budget segment is already too tight. Can the new Redmi 4 prove to be yet another milestone for the Chinese brand? Let's find out

Xiaomi entered the Indian soil in 2014 and since then the budget smartphone market has been treated kind of like the junior flagship segment of India because we have to admit, India is a place where most of the people look for a budget smartphone with impressive specifications. And Xiaomi did just that. The company has been climbing up a positive sloping graph since then and recently launched a couple of devices in the name of Redmi Note 4 and Redmi 4A. While Redmi Note 4 (priced at Rs 12,999 4GB+64GB) has the potential to destroy any mid range or even flagship devices, in some case, Redmi 4A, on the other hand, is the cheapest smartphone in India at Rs 5,999 from the Chinese giant. However, sandwiching these price points, Xiaomi announced its new Redmi 4 today. The device is priced at Rs 8,999 and is the successor to last year’s Redmi 3S which was yet another best seller for the company. I had the chance to use the Redmi 4 for just over a week and here are my thoughts. 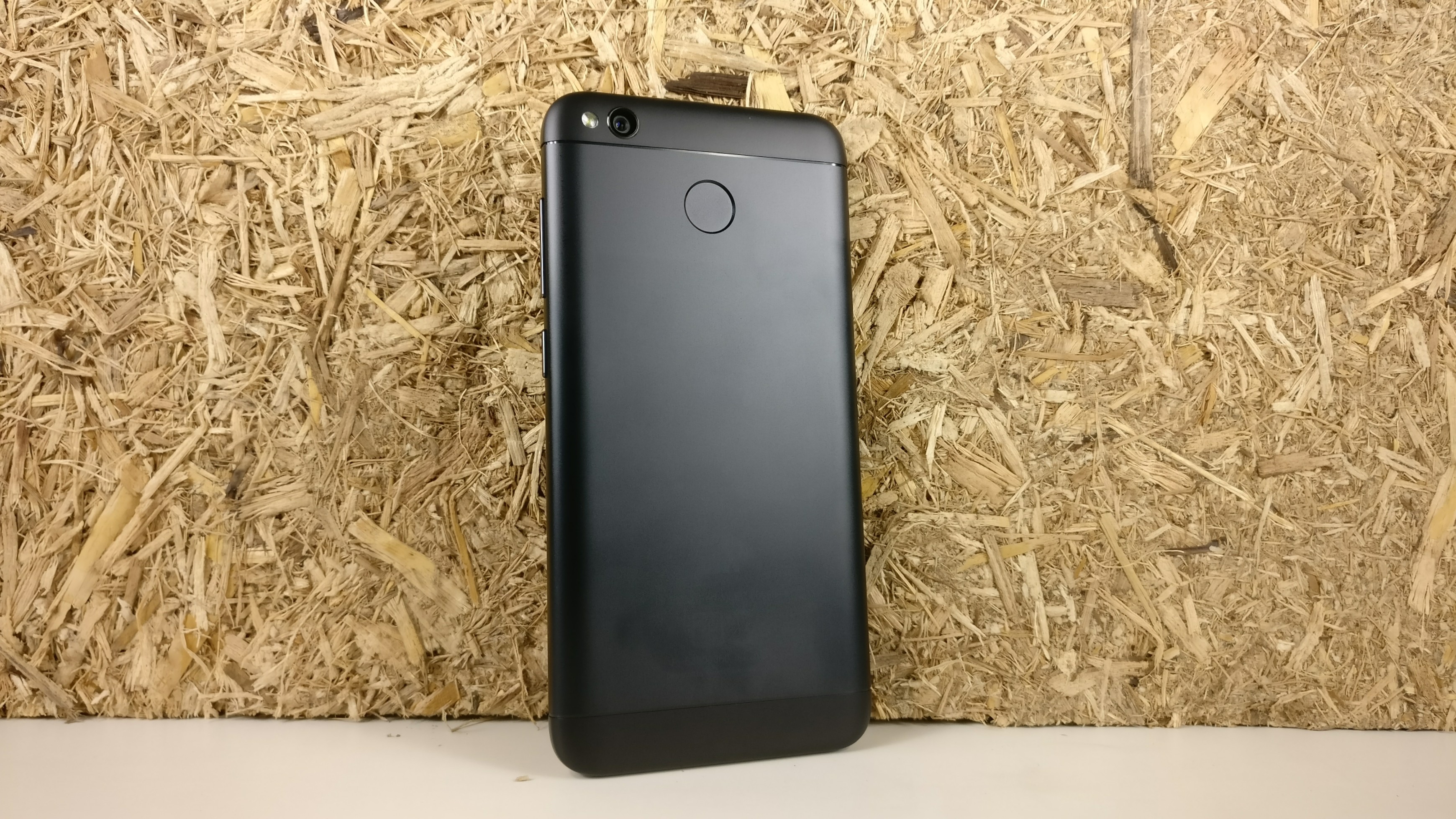 Yes, we have a metallic unibody design yet again but, at this price point, you can’t expect for something different, can you? Besides, Redmi 4 doesn’t feel like a sub 10K device. In fact, when I first took the device in my hands it felt really compact. While most of it might have to do with my recent obsession with 5.5-inch smartphones, Xiaomi Redmi 4 offers a comfortable on-hand usage even if you have small hands. The volume rockers and the power button lies on the right while we have the dual hybrid SIM tray slot on the left. Up top, we have the 3.5mm headphone jack, the secondary microphone and an infrared blaster. At the bottom, we have the microUSB with speaker grills on each side although the left one is actually a microphone. Flipping the device to the back side, we get a fairly similar camera and fingerprint placement while the front now has a 2.5D curved screen which, in my opinion, does make a difference here. I also had a chance to keep the Redmi 3S and Redmi 4 side-by-side and judging by how these devices feel in hand, I instantly picked the Redmi 4. To sum up the design part, Redmi 4 is more like a miniature version of Redmi Note 4. Redmi 4 will come in Gold and Matte Black colour options and measures at 139.2 x 70 x 8.7 mm weighing 150 g. At the end of the day, you don’t get anything new here so don’t go expecting a design overhaul but as they say, don’t fix it if it’s not broken. 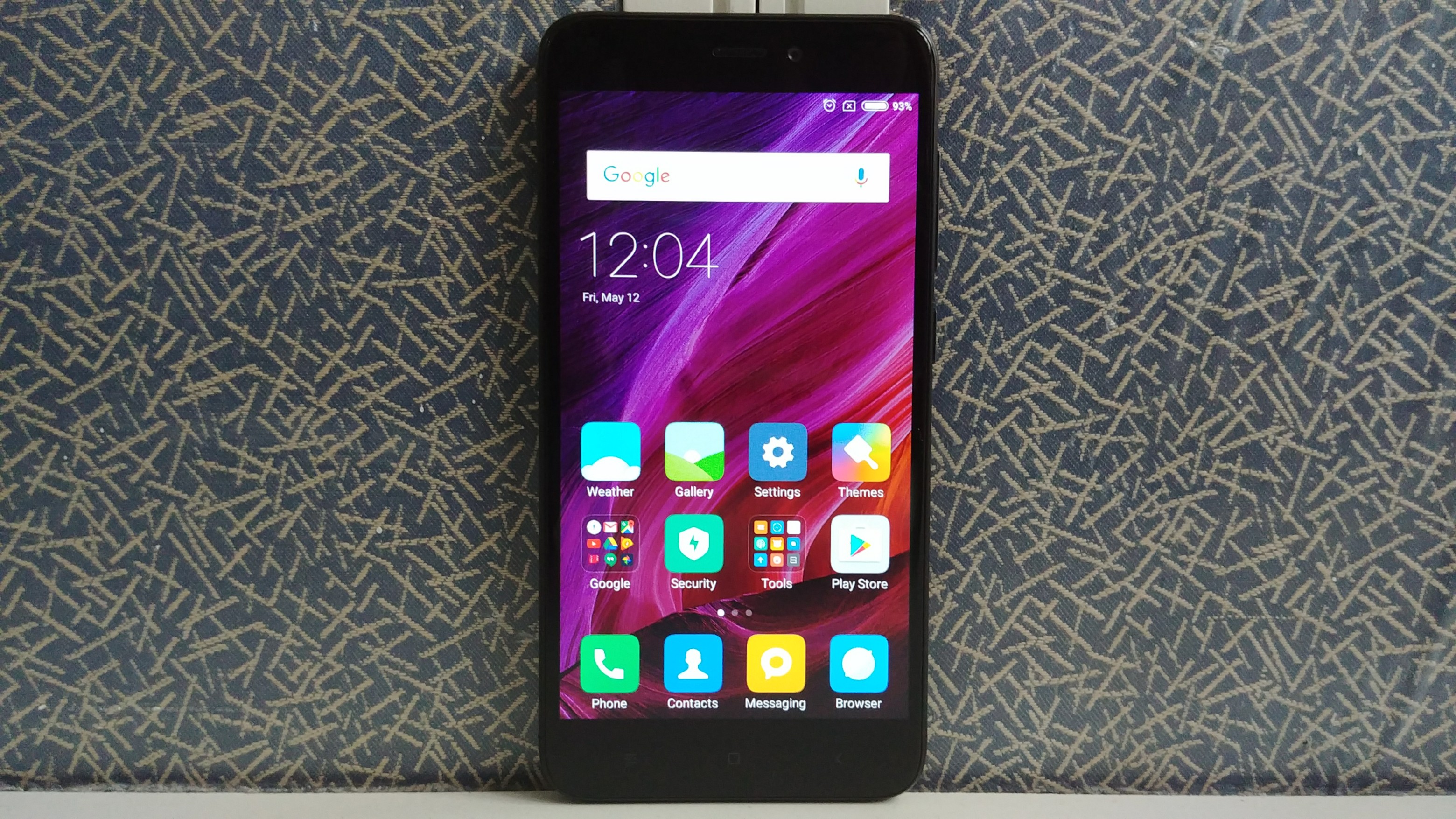 Up front, we have a 5-inch 720p IPS LCD display giving you a pixel density of 294 ppi. We have the 2.5D curved display now and rest remains the same. By default, the colour on the Redmi 4’s display is on the warmer side, although you can change it by going into display settings. Apart from that, the display does get decently bright indoors but you might struggle sometimes when you are outdoors in bright sunlight. Also, my unit did take a lot of scratches, so there is a possibility that Xiaomi has skipped any kind of protection. Therefore, a screen guard recommended. Else, the auto-brightness worked just as it should. 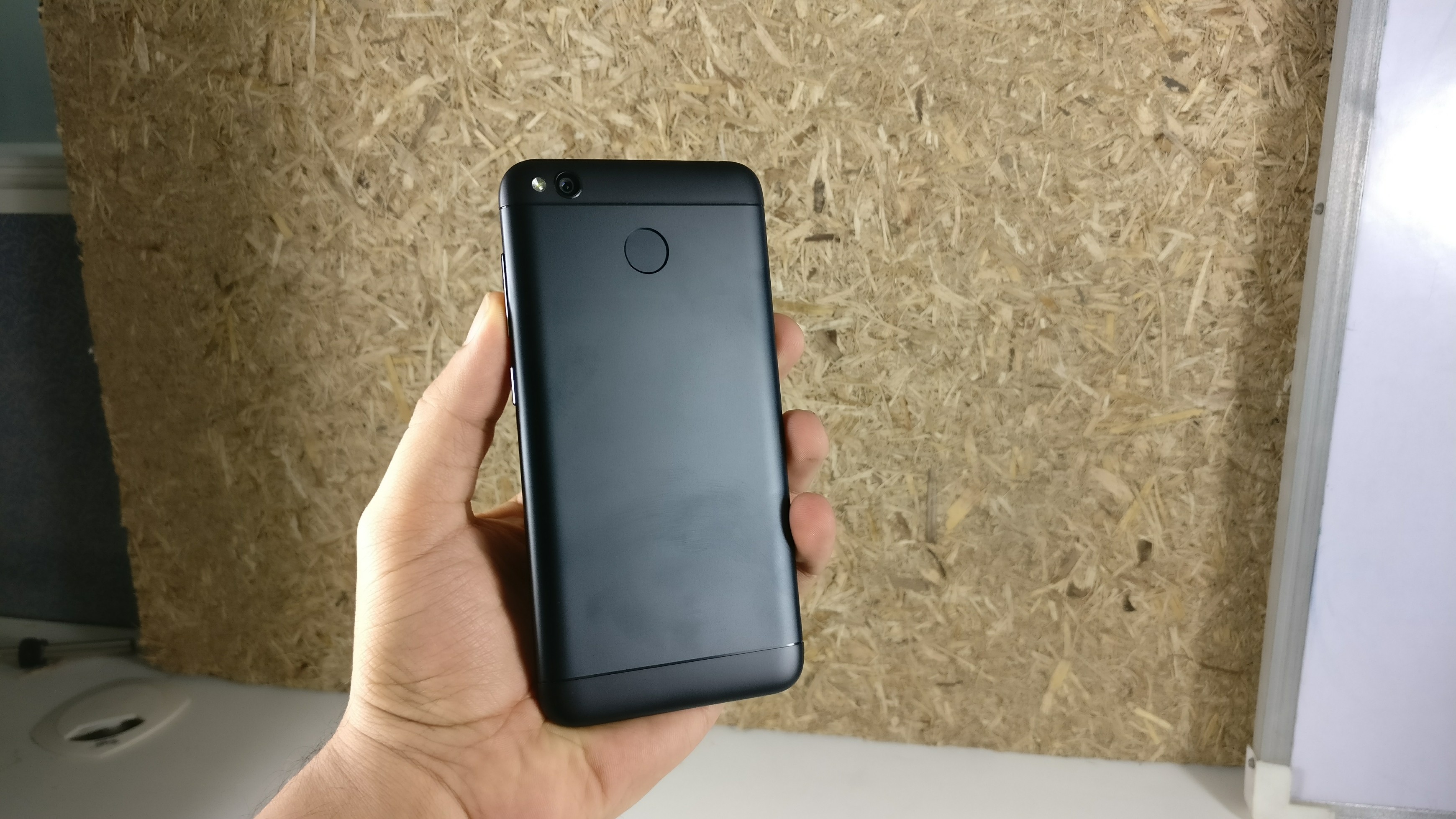 When it comes to hardware, Xiaomi Redmi 4 is not a major upgrade. The device comes with the new Qualcomm Snapdragon 435 chipset which is not a whole lot different from Snapdragon 430 found on Redmi 3S or 3S Prime. The Snapdragon 435 is an Octa-Core chipset clocked at 1.4 GHz and is paired with the same Adreno 505 GPU. Besides, we get 3GB RAM and 32GB of internal storage, which is further expandable via microSD. Out of this 32GB internal storage, you get about 24GB as user accessible which can be used to put in your favourite apps, music, photos etc. The Redmi 4 runs on Android 6.0.1 Marshmallow with MIUI 8.2 on top.

Now converting all this in practical terms, Redmi 4 will not stutter in your daily course of usage. The 3GB RAM and a slightly improved Snapdragon 435 chipset make sure that you get most of the tasks done seamlessly. While the device surely takes a time to open up some heavy apps and games might take ages to load, sometimes, I rarely noticed any lag in the UI. Apart from stock Android, I have started to like MIUI 8 over time especially when it offers features like Dual-apps, One-hand mode, Lite mode, Quick Ball, and my favourite – Second Space. Unlike the regular option to use two profiles on the same android device, Second Space actually means it literally.

You can save a separate fingerprint password for two or more profiles and the device will automatically recognise a particular fingerprint scanner and login to the respective profile. Apart from this, MIUI will not give you an app drawer rather your apps will be lined up in pages right on your homescreen. For the bloatware, MIUI does come with some Mi apps and some third party apps like Amazon Kindle, Facebook, WPS Office. Fortunately, the latter can be uninstalled while the former, presumably, cannot be removed. Another downside with MIUI is the amount of time it takes for the first boot. 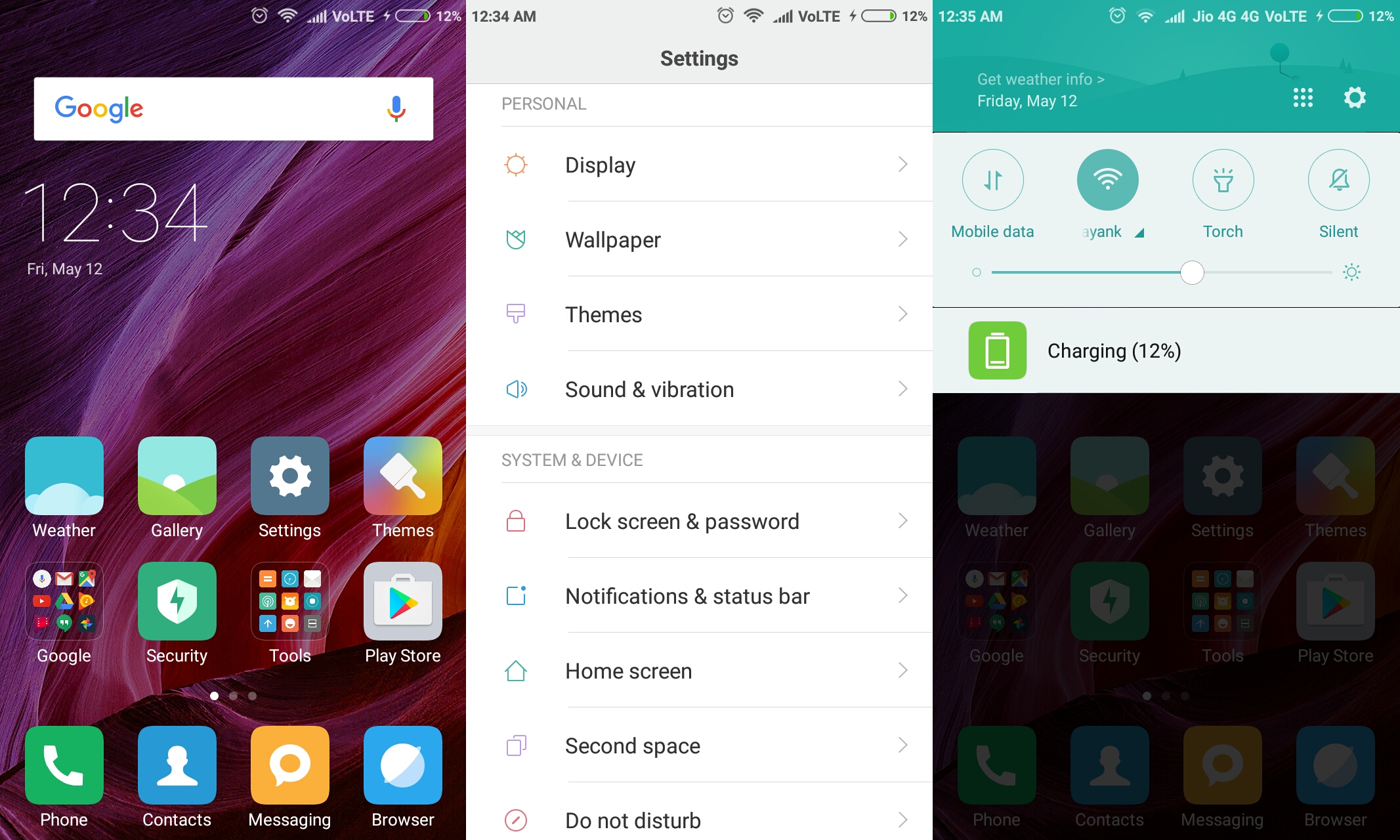 For the gaming performance, the Redmi 4 actually excelled by expectations. I played a bunch of light puzzle games along with some heavyweights like Need For Speed – No Limits, Asphalt 8: Airborne, N.O.V.A Legacy etc. Bearing some rare hiccups inside the gameplay, I never noticed any frame drops or lags while playing all these games. The device did warm up a bit but not up to the point it became uncomfortable.

Although the megapixel count is same between the Redmi 3S Prime and Redmi 4, the camera performance has definitely improved. Stating the numbers first, the Redmi 4 comes with a 13-megapixel rear camera with f/2.0 aperture, PDAF and LED flash while at the front we have a 5-megapixel f/2.2 camera. Both the cameras can record 1080p videos at 30 fps. You will not get disappointed with the camera performance at all. The device manages to click some good photos during broad daylight with some good amount of detailing and colours were quite close to the source during the testing period. The phone also took some good macro shots and it was quick to focus the subject.

Coming to the low light condition, the camera does a decent job here as well. Though you might see some grains in the images, but the overall quality of the images was just fine. The camera UI is pretty simple to use and comes with different modes including Panorama, Timer, Audio, Manual, Straighten, Beautiful, HHT, Scene and Tilt-shift. There are numerous filters as well. The front camera does a decent job in daylight, but same cannot be said for low lights. Lastly, I found that the HDR mode adds some dynamic effects in the image. The mode sometimes adds some charm to the photos, but otherwise, it does the opposite job as well. But, overall, like I said before, the performance of the camera is at par with the rest of the competition. 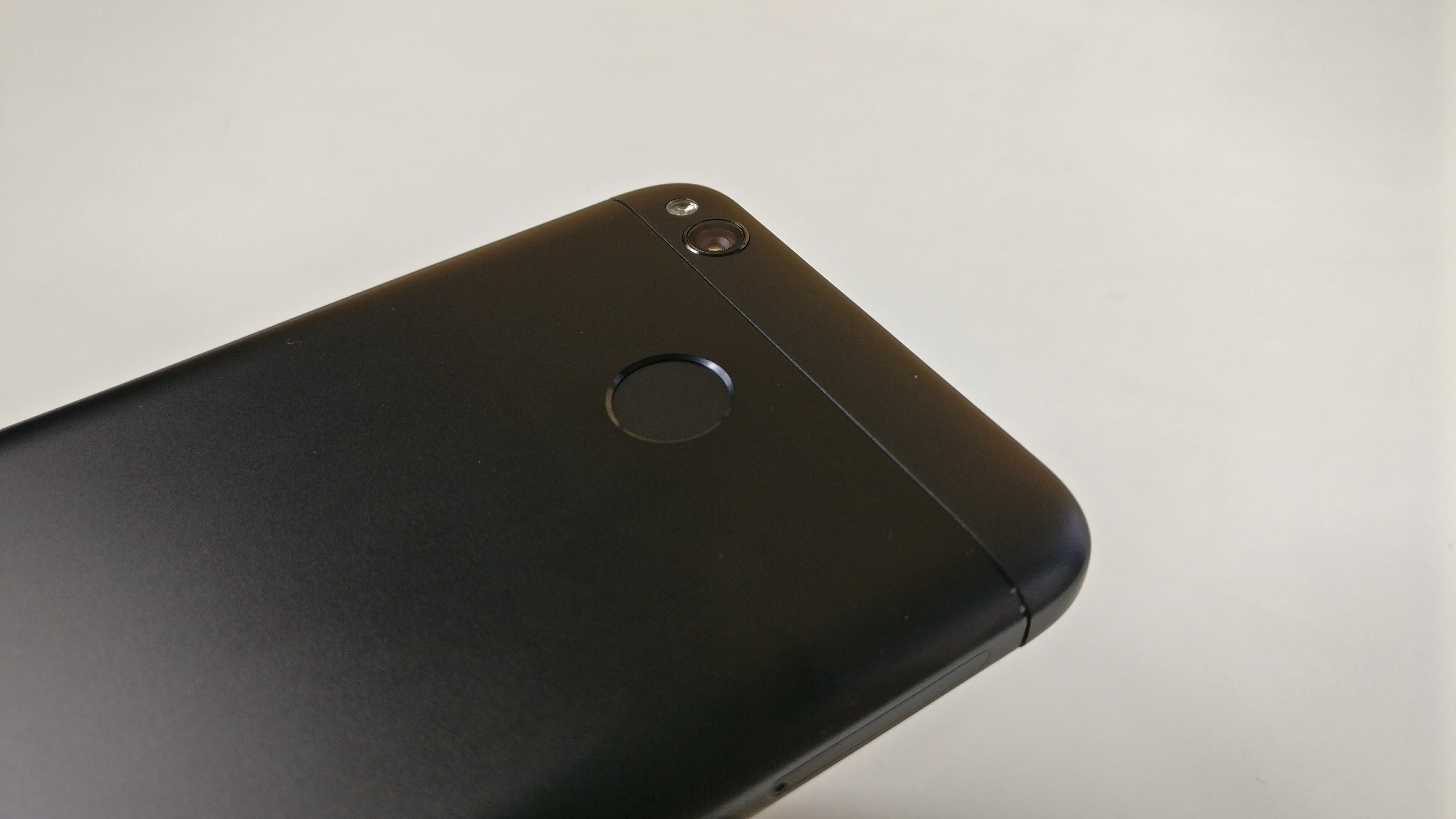 Apart from the impressive performance at an affordable price, Xiaomi is also known for putting in some huge batteries in their smartphones. Following the pattern, the Redmi 4 comes with a 4100 mAh battery inside. The battery takes up quite a bit to charge and is also non-removable so this is what you get. For the battery life, I was able to get about 6 hours of Screen on Time (SoT) with almost 2 days of usage. Starting the day at 7 AM in the morning, the Redmi 4 easily lasted to till about 6 PM, the next day. My normal day would include web browsing, Facebook, WhatsApp, loads of YouTube, about one hour on calls and about half an hour of music listening. Also, these battery stats are based on Reliance Jio network so you might save on power if you use more Wi-Fi. 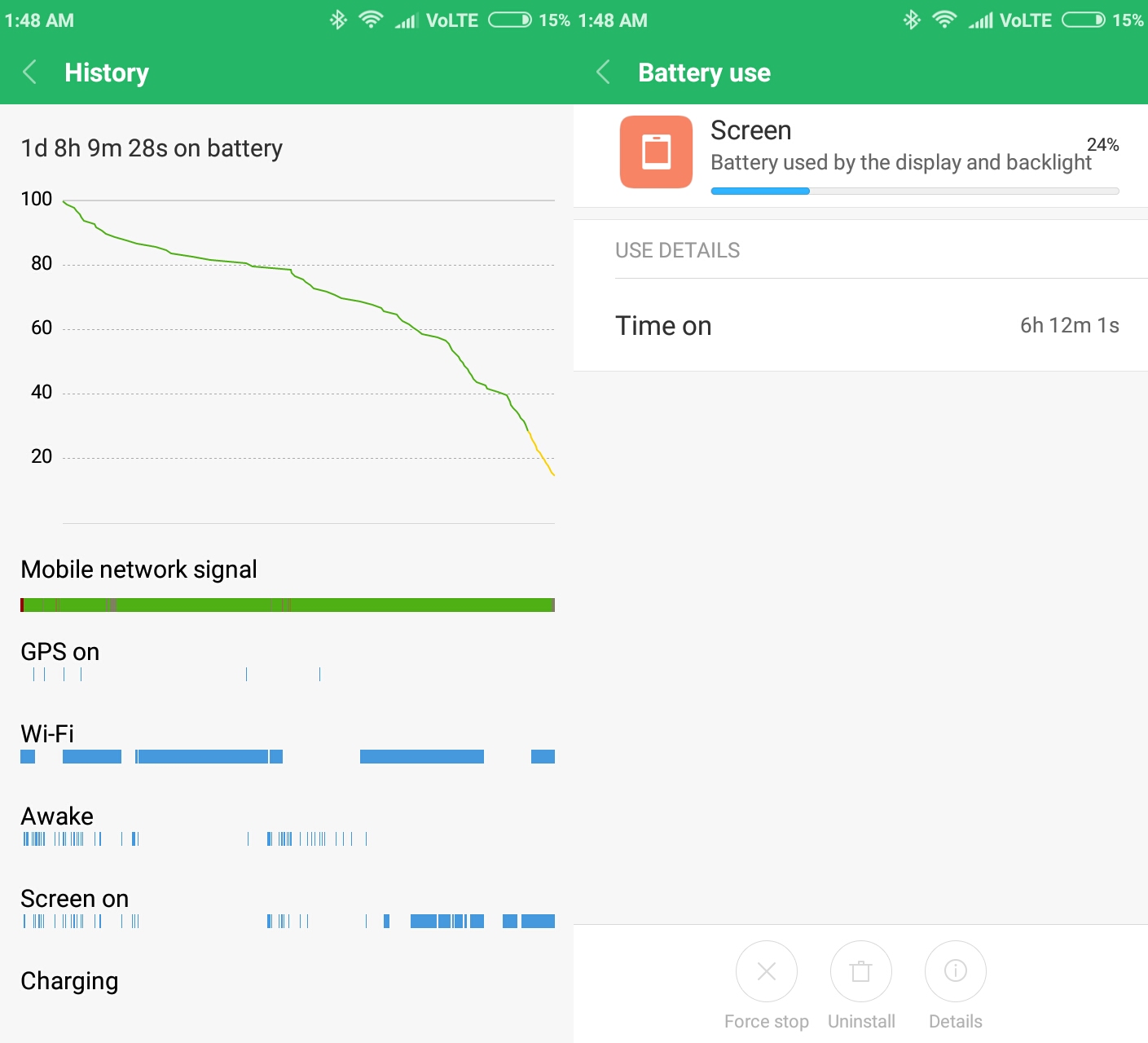 In terms of connectivity, Xiaomi has given all the necessary options including Wi-Fi 802.11 b/g/n, Bluetooth v4.2, GPS with A-GPS etc. There is a fingerprint scanner at the back which is accurate but a bit slow to respond, sometimes. Meanwhile, the earpiece performs just fine and the single bottom firing speaker will not impress you.

So the sub-10K category which was currently ruled by the Redmi 3S Prime can gracefully be passed on to the Redmi 4. Priced at Rs 8,999, Xiaomi has done necessary improvements while keeping the rest of pillars almost similar. Compared to the Redmi 3S, you get a slightly better processor, a better camera, a slightly more compact design and a new matte black colour variant. If you are looking for a sub 10K device and Redmi Note 4 is too big for you, this one is meant for you.