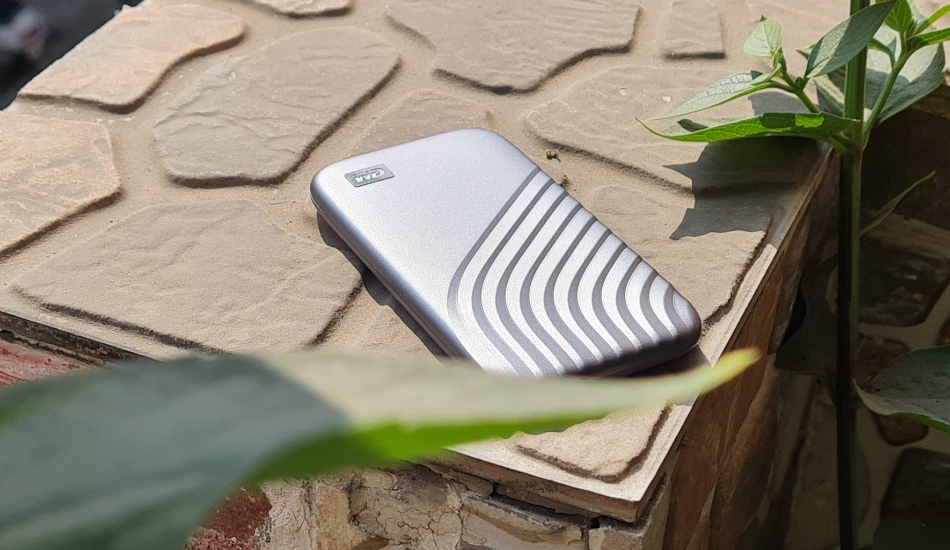 The WD MyPassport SSD is a great SSD that comes with 256-bit AES encryption, and a bunch of other features with a portable design.

Gets a bit warm during operations

SSDs are now a thing people look for when they think of storage. A much more compact, light, and faster device than an HDD. One such SSD is the WD MyPassport SSD that was launched by Western Digital a while ago, is available in 500GB, 1TB and 2TB capacities, priced at Rs. 8,999, Rs. 15,999, and Rs. 28,999 respectively.

Is it worth the high price tag and also keeps WD’s SSD lineup strong? Let’s check out its review.

Starting off with in-box contents first, along with the SSD, you get a Type C to Type C cable, a USB connector so you can attach the type C cable with the connector and then use the connector with a normal USB 2.0/3.0 port, and some manuals. 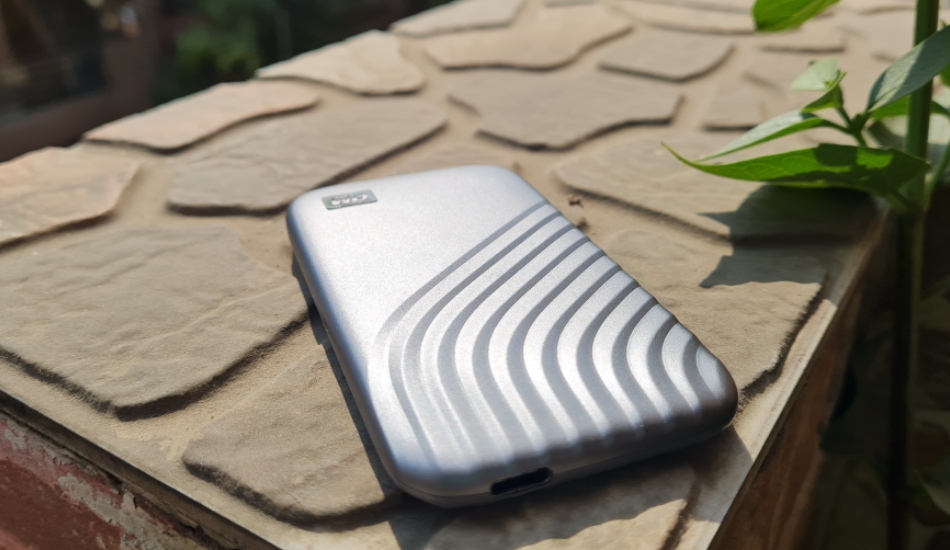 The WD MyPassport SSD has a two-tone plastic and metal shell to protect the internals. The SSD itself feels very light because of the choice of materials used, and to be precise, it weighs just 45.7g.

There’s no Activity LED to indicate when the SSD is connected to the PC which could have been a nice addition. The curvy design on the front looks and feels good to hold with a shiny WD logo at the top which shines when put in front of the light. At the bottom, there’s a Type C port for the connection.

There are no sorts of IP ratings or any other protection protocols for the SSD unlike some other SSDs that offer the same. Though, WD does claim vibration and shock resistance along with drop protection from up to 1.98m in height, which is a standard thing in SSDs today. 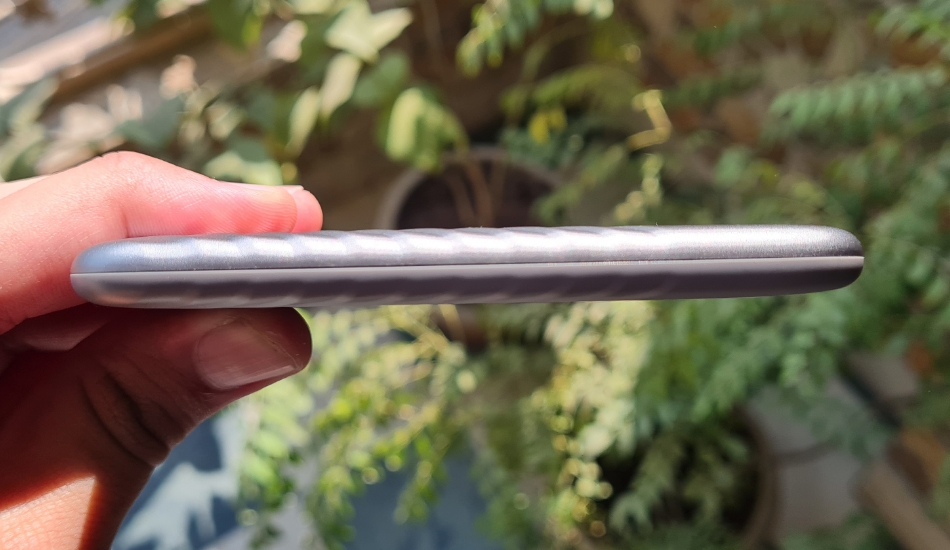 The SSD is also not very thick. It has a slim design profile and basically, you can just pick it and keep it in your pocket or a bag easily and you won’t even notice it is there. In India, the SSS is available in Blue, Gold and Grey colour options.

WD is focusing on the performance with this one. With the new MyPassport SSD, WD has ditched the SATA protocol and has used the newer NVMe SSD format. 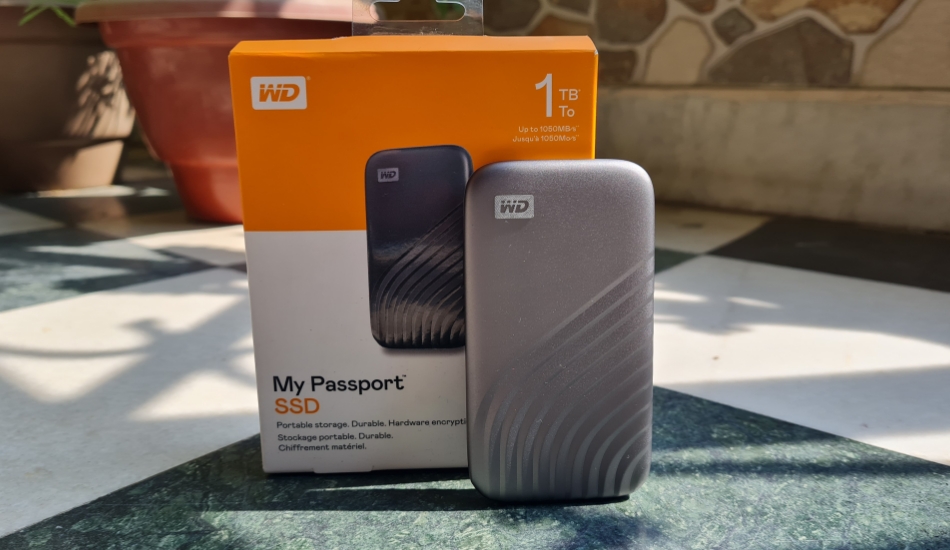 We used a Microsoft Surface Pro 4 to test the read and write speeds so that the consumers who have a laptop which doesn’t have any Type-C/Thunderbolt ports can also get a glimpse of what speeds they would get if they purchase the SSD.

Out of the 1TB storage variant we got from WD, Windows 10 showed 931GB as available space for use. With the USB 3.0 port, we got sequential read & write speeds of about 317MB/s and 331MB/s respectively which is good considering its USB 3.0.

We also got random read and write speeds of around 18MB/s and 35MB/s respectively, which is decent as it’s not a thunderbolt port and these speeds are always considerably lower. The SSD did get a bit warm during the test but was bearable and didn’t feel hot to the touch. 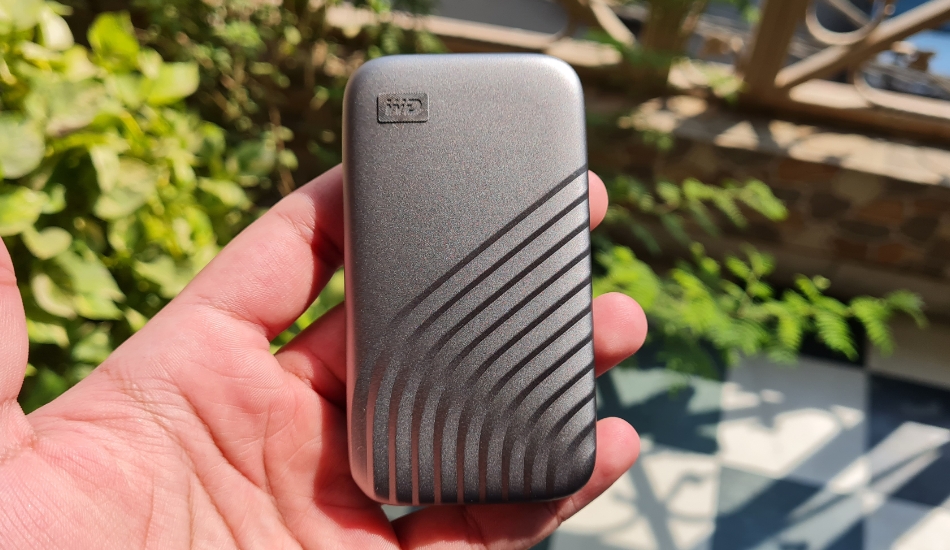 With a thunderbolt port, you will get significantly higher sequential read/to write speeds than what we got which will be much closer to WD’s claimed read and write speeds which are 1050MBps and 1000MBps respectively. 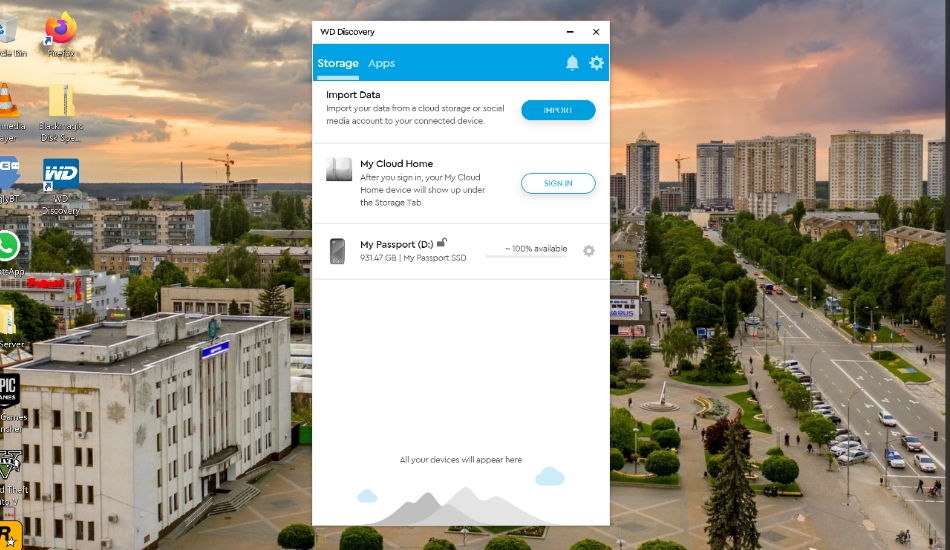 WD has included a bunch of software-based features such as locking the SSD and backing up the data to cloud for easy accessibility and so you don’t lose it accidentally. WD also wants you to install the WD Discovery app which is actually not compulsory to install. 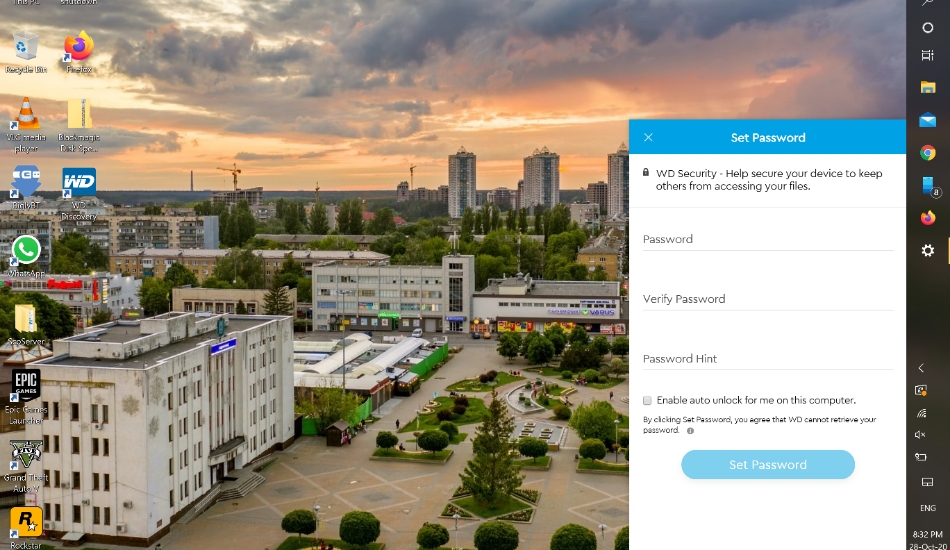 With the locking functionality, the OS will not identify the SSD as a storage drive unless you put in your password, which it will ask you for as soon as you attach the SSD to the computer.

The WD MyPassport SSD is a good SSD for the price. It can definitely perform well given the right hardware compatibility. If the design of the SSD doesn't bother you much, it is absolutely a great pick.