Tecno Camon i4 First Impressions: Can make its presence felt in the market?

The phone comes with a price tag of Rs 9,599 and it will be available for purchase from offline stores across the country.

Tecno, an offline smartphone brand from Transsion Holdings, has today announced the launch of its latest budget-centric smartphone, the Tecno Camon i4, in India. The phone comes with a price tag of Rs 9,599 and it will be available for purchase from offline stores across the country.

With this, Tecno is jumping into a highly competitive market by equipping its latest smartphone with triple-camera setup along with gradient finish for a premium look and feel. A decent set of specifications backs the phone. We spent some time with the devices and this is what we think of it. 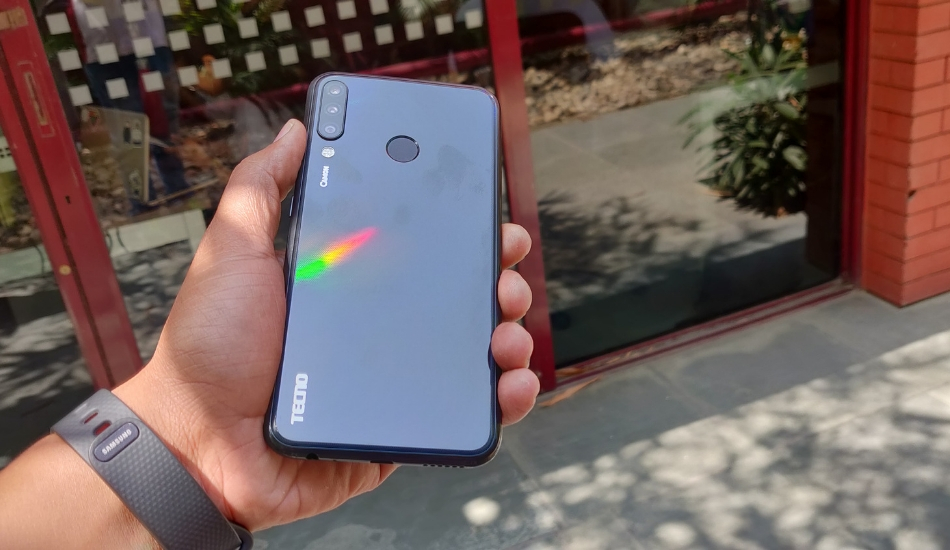 Starting with the design, which happens to be one of its highlights, it comes with a gradient finish at the back. The panel reflects rainbow colours whenever the lights fall on it, which undoubtedly gives a distinct look. This coupled with a dot notch at the front, gives it some arsenal to compete with the rest of the competition.

The phone is available in Midnight Black, Aqua Blue, Nebula Black and Champagne Gold colour options. We got the Midnight Black for the review, and it surely gave a premium feel. The right side of the phone comes with volume rockers and power on/off button, while the left features dual-SIM tray. The base of the device is equipped with a speaker grille, a micro USB port and a 3.5mm audio jack, while the top is blank. The back panel features vertically-aligned triple-camera setup and there is a fingerprint sensor as well. Overall, the smartphone looks interesting in terms of the design. 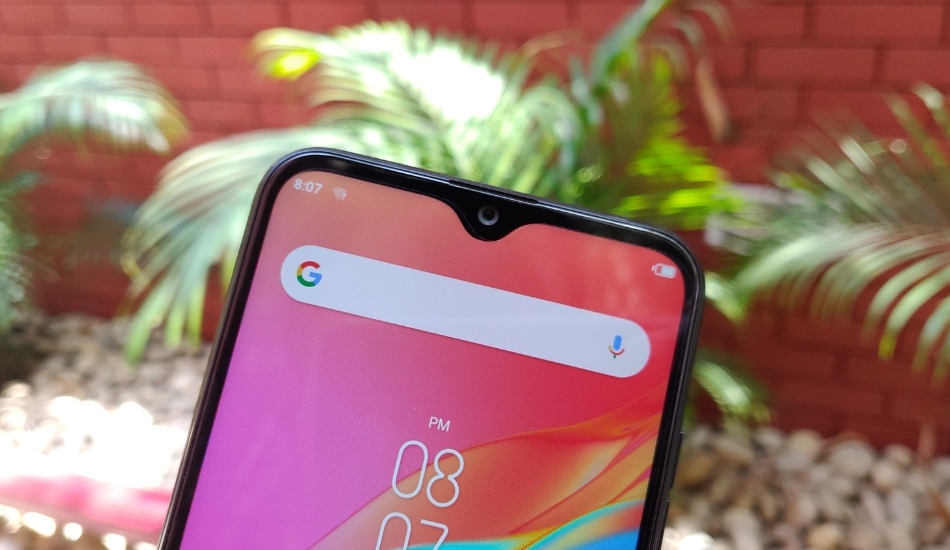 Coming to the display, the Tecno Camon i4 is equipped with a 6.22-inch HD+ display and there is a dot notch, which is in line with the competition. The phone gives 88.6 per cent of screen-to-body ratio. In our brief testing, we found out that the smartphone delivered some good viewing angles, though it seems a bit underpowered as compared to the likes of Xiaomi Redmi Note 7 and Asus Zenfone Max Pro M1 that gives you Full HD+ displays.

On the hardware front, the Tecno Camon i4 is powered by a quad-core MediaTek Helio A22 processor. The phone is backed by a 2GB of RAM and 32GB of internal storage, which can be further expanded up to 256GB via microSD card slot. Although it is too early to comment on the computing power of this smartphone, if we go just by sheer specifications, then it seems to be an underpowered phone. We have Redmi Note 7 offering you a Qualcomm Snapdragon 660 chipset, while you Vivo Y91 that gives you MediaTek helio P22 chipset. It would be more interesting if the company opted for a better processor if it wants to compete in this price range. 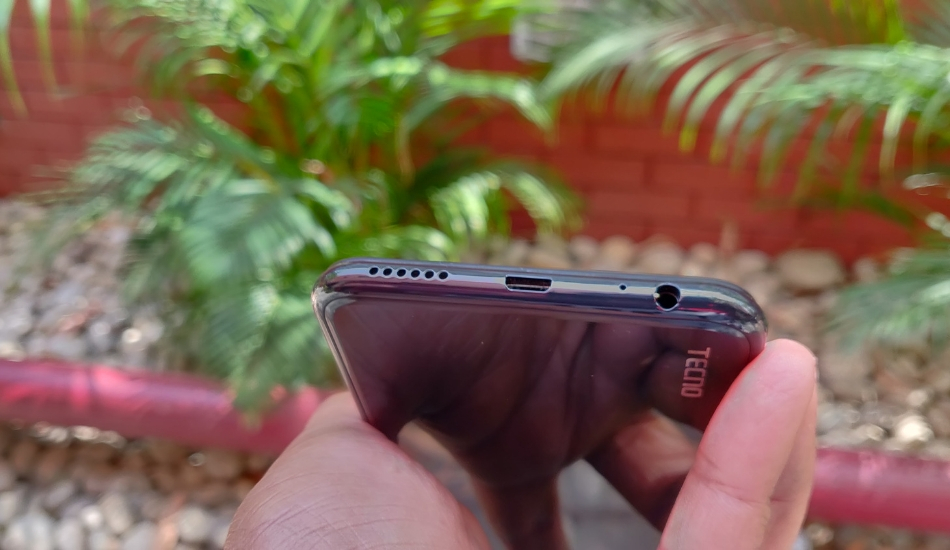 On the software front, the Tecno Camon i4 runs on Android 9.0 Pie with company’s HiOS running on top of it. The user interface is smooth and we appreciate that the company has given an option of the app drawer. However, we noticed some noticeable amount of bloatware including some third-party apps like Instagram, Facebook, Opera News, Danger Dash and more. We will talk more about this in our upcoming review.

The camera is the major highlight of this smartphone. The company has added a triple-camera setup at the back, which comes with a combination of 13-megapixel primary lens with f/1.8 aperture, an 8-megapixel wide-angle lens and a 2-megapixel depth sensor. For the front, there is a 16-megapixel shooter for selfies and video calling. 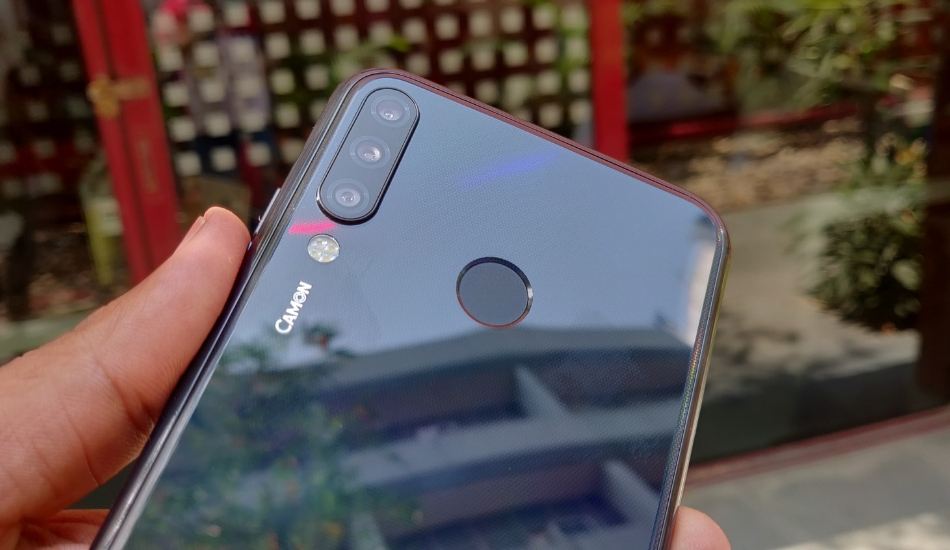 Starting with the camera interface, it is quite similar to what other players are offering. You get different modes like Video, AI CAM, Beauty, Bokeh and AR Mode. The company has added AI Auto Scene detection, which automatically adjusts the light, brightness and contrast ratio to provide an optimal result. In our initial testing, we found out that the camera performance in daylight is quite normal, though the indoor performance gave some mixed bag results. Furthermore, we noticed some barrel distortion around the edges.

Coming to the battery part, the Tecno Camon i4 is juiced up by a 3500mAh battery and it comes with Rocket Charge feature, which the company claims deliver 2 hours of calling from just 10 minutes of charge. We are yet to test the battery capacity of this device and it would be interesting to see whether it can fulfil the company’s claim or not. On the connectivity front, the phone supports 4G VoLTE, Bluetooth, WiFi, dual-SIM, dedicated microSD card slot and micro USB port. The phone measures 156.9 x 75.8 x 7.96mm and weighs 152 grams.

To conclude, the Tecno Camon i4 surely gives a premium look and feel, which makes it look quite different in our opinion. The display seems to be quite average and the hardware specifications look a bit underpowered in nature. The camera seems to be interesting, though we are yet to test its capabilities in different conditions. As for the competition is concerned, the phone will face stiff competition from the likes of Xiaomi Redmi Note 7, Vivo Y91, Nokia 5.1 Plus and Asus Zenfone Max M2.