Tecno Camon i Twin First Impression: It is worth putting in wishlist?

The smartphone comes with Full View Display and dual rear camera setup. But will it be enough to make a long-lasting impression on the customers? We spent some time with the device and here is our first impression of the smartphone.

Hong Kong-headquarter, Tecno Mobile has today introduced its new smartphone, Tecno Camon i Twin for the Indian market. At a price tag of Rs 11,499, the handset will be available in Midnight Black and Champagne Gold colour options in retail stores across the country.

At this price point, the smartphone comes with Full View Display and dual rear camera setup. But will it be enough to make a long-lasting impression on the customers? We spent some time with the device and here is our first impression of the smartphone.

Meanwhile, the smartphone comes with 111 policy. Under this, Tecno is offering 100 days' replacement warranty, one-time screen replacement, and one-month extended warranty on the Camon iClick.

Starting with the design, the Tecno Camon i Twin is based on the new design language (Picture Gallery) that focusses on minimal bezels. At the front, the device features a 6-inch HD+ display with the screen resolution of 1440 x 720 pixels and 18:9 aspect ratio. For the quick physical overview, at the top, there is a front shooter along with LED flash, an earpiece and usual array sensors, while at the base, while the chin area is kept ideal due to on-screen navigation controls. 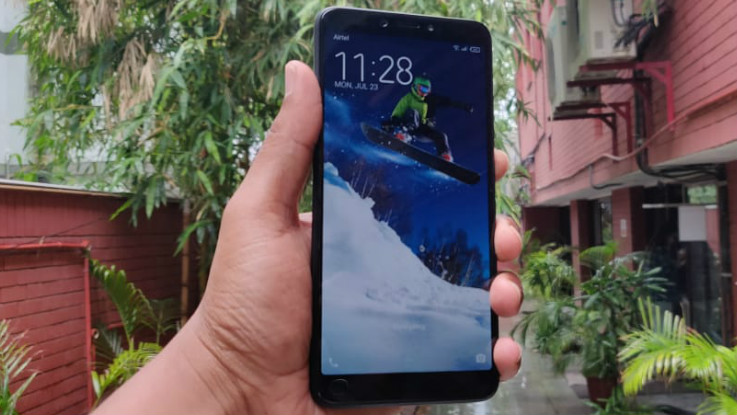 The rear of the device features dual cameras with the quad LED flash. Just beneath it, there is a circular fingerprint sensor at the centre and below it, one will find the Tecno branding. The company has kept the top clean while at the bottom, we have a micro USB port, a secondary microphone for noise cancellation, 3.5 mm headphone jack and the speaker grill. On the right side, we have power on/off button and volume controls while the left has the 3-Slot SIM tray, which allows you to use two SIM as well as a micro-SD card at the same time.

During our brief testing of the device, we found Tecno Camon i Twin build quality good. The phone is 161 grams in weight and is quite light and comfortable to hold. Its back Panel features a reinforced plastic with a metallic finish at the rear which seems to be of decent quality. During our initial testing, the display did have good viewing angles and colours seem to be decent, but we will reserve our judgment until we review the device.

Coming to the hardware specifications, the device is powered by a 1.4GHz Qualcomm Snapdragon 425 quad-core processor along with 3GB of RAM and 32GB of internal storage. The storage is further expandable to 128GB via microSD card slot. It is too early to comment on the performance of the device, but on papers, it looks like it will give competition to recent smartphones like Oppo Realme 1, Asus Zenfone Max Pro M1 and Xiaomi Note 5 Pro. 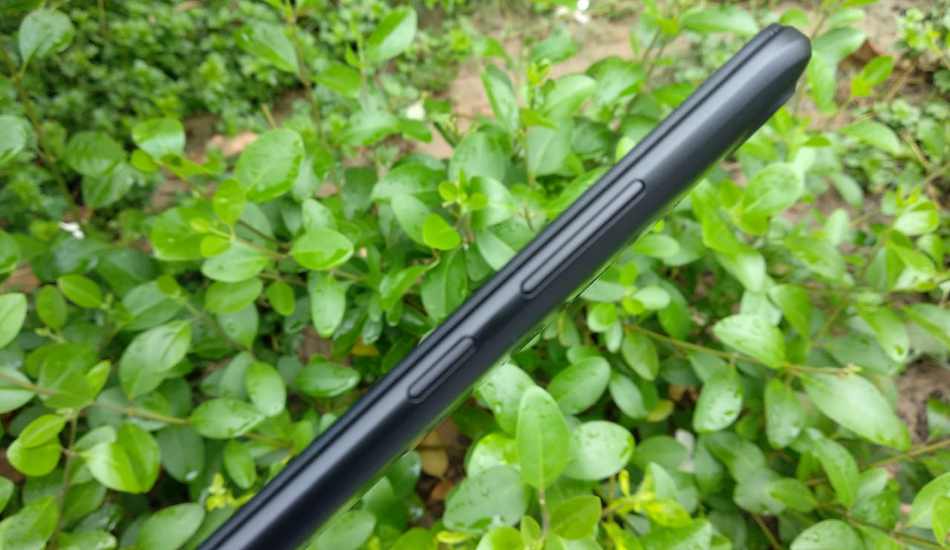 On the software side, the Tecno Camon i Twin runs on the Android 8.0 Oreo operating system which is based on the brand’s customized HiOS 3.2.0 skin. In our initial impression, the user interface is highly animated, responsive and customizable. It features an app drawer where applications are sorted in alphanumeric order. On the right one will find the characters drawer which eases the process of finding a particular app.

In terms of bloatware, the device comes with the dozen of those, including the Carlcare, Hi Theme, Phone Master, PHX Browser, Face ID, WhatsApp, Facebook, Instagram, Messenger, Weather and more.  Can we delete all of them? No, one can delete just a few pre-loaded apps like Facebook and Whatsapp. All the commonly used apps like Facebook, WhatsApp, Chrome, Gmail, Youtube opened quite easily and the device did not show any signs of stutters. However, at this price point, we think the company could’ve offered a better Snapdragon processor but still, we can say that the performance is not bad either. 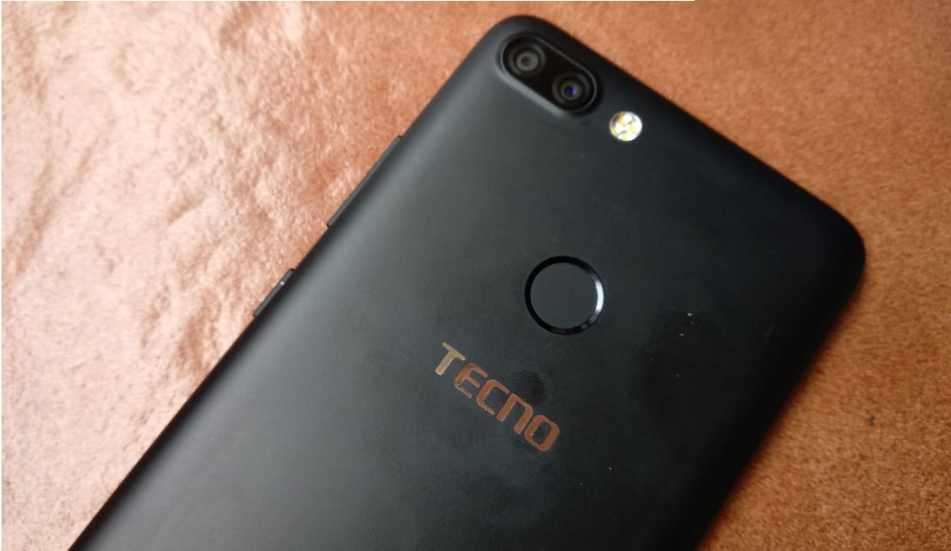 The company has kept the camera UI pretty simple and you different options like video, photo, normal, beauty, panorama and portrait. The secondary sensor in the dual rear cameras is used to capture the depth and brings features like portrait mode where users can capture pictures with shallow depth of field. For the selfie camera, it has various features like 5 level Face Beauty, HDR, Flash, Portrait mode and filters.

During our brief testing period, we found out that the device took some decent photos in broad daylight as the colours were quite close to the source and detailing was to the point during ideal lighting situation. The front camera does some good selfie in broad daylight and the bokeh effects are impressive, though we need to check in different lighting condition to give our final remark on the camera performance. Tune in with us for a detailed review later.

The Tecno Camon i Twin is backed by a huge 4000mAh battery, which could easily make through the day, however, we will come up with a detailed review of the battery performance of the device. 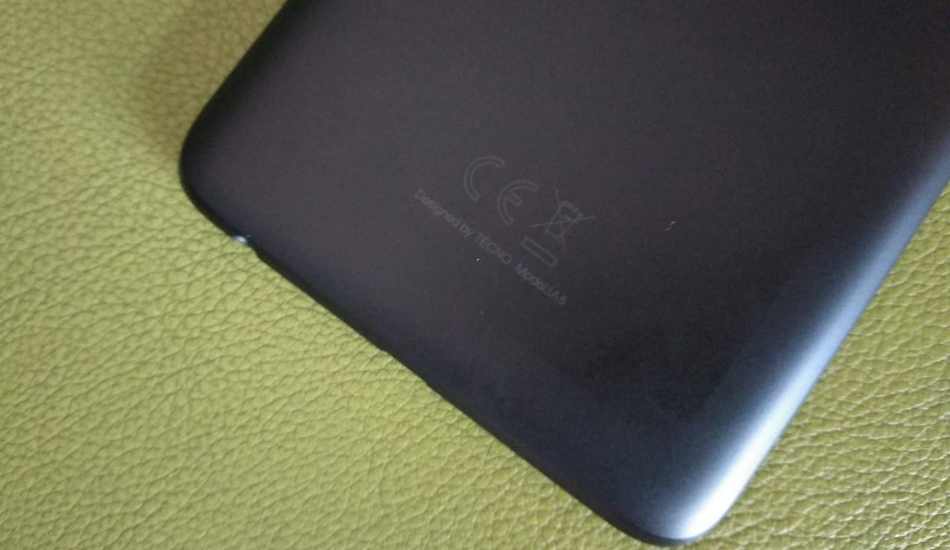 On the connectivity front, the device supports 4G VoLTE, WiFi 802.11 b/g/n, Bluetooth 4.0, 3.5mm audio jack, GPS, dual-SIM and micro USB port. The options are pretty much standard these days. As for the sensors are concerned, it has G Sensor, Accelerometer, Proximity, Ambient light sensor.

To sum up, the Tecno Camon i Twin is a decent device at this price point. Following the trend, the device features a Full View display with well build quality and dual rear cameras. Further, the specification part of the smartphone surely add some good points to its profile with the Android 8.0 Oreo, 4000 mAh battery and 13MP+2MP dual rear camera. But at this price point, we would be happier if the company would have been given a more powerful chipset with a better memory configuration. As for the competition is concerned, at Rs 11,499, the phone is going to compete with the likes of Oppo Realme 1, Asus Zenfone Max Pro M1 and Xiaomi Note 5 Pro.