It's a tablet with good build quality and is affordable but misses out on certain key features.

No Android Market accessNo GPS or A GPS support

Viewsonic is a well-known name in the computer LCD business, and it recently entered the tablet space as well. Its latest offering is the Viewpad 7e – a 7 inch Android tablet with 1 Ghz processor at an affordable price of Rs 14,990. 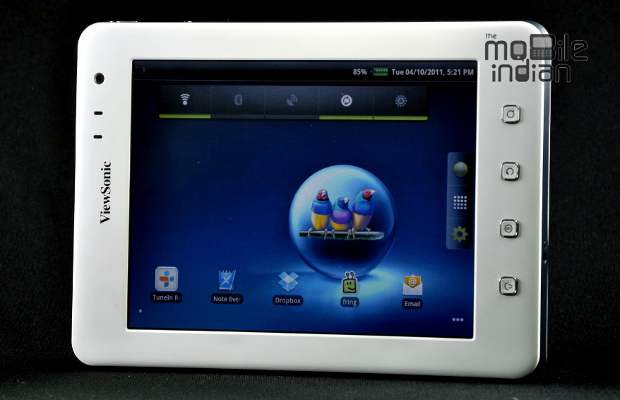 While the tablet is a good looking piece of hardware, does it have the performance and features to be good buy? We find out.

As already stated, the design of the tablet is good. Unlike most of the 7 inch tablets which uses 16:9 aspect ratio screen, this one has a 4:3 ratio, which is better for eBooks. The tablet has four physical buttons which have a slightly retro kind of looks and adds to the look of the tablet.

The back side of the tablet is flat with contoured edge, on the left there is an additional grip which offers good hold while reading. The back top corner has a 3 megapixel camera and speaker grill which overall looks good. Only downside of the design is the wide bezel surrounding the screen which makes the tablet slightly bigger than competitors. In the front top right corner of the tablet, there is a 1.3 megapixel camera for video calling along with two notification LEDs. 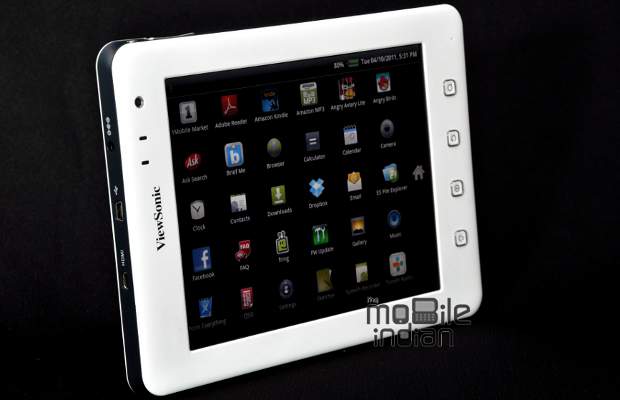 The right side top houses the volume rocker and power button finished in chrome which looks good, and is a good position to have power button in a tablet. The 3.5 mm jack is at the bottom with the micro SD card slot on its left ride. The charging port, micro USB port and HDMI port sit at the top. 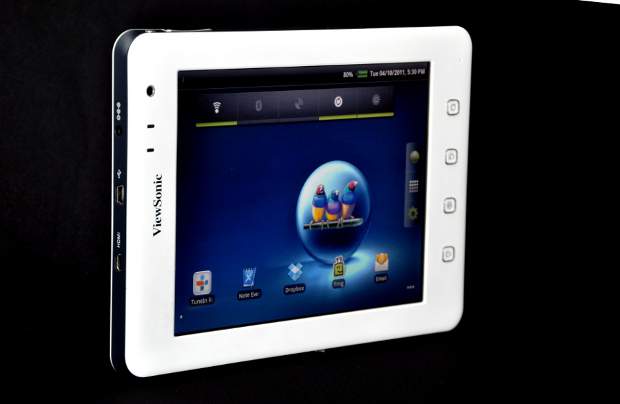 While the rest of the tablet is finished in white, the grip on the left and the sides are black, which adds well to the design elements of the tablet. The tablet is also light weight at 450 grams. The fit and finish of the tablet is one of the best in the category and is confidence inspiring, some this tablets in this space lacks.

The ViewPad 7e is powered by an ARM A8 processor clocking at 1 GHz with 512 MB of RAM. And in terms of performance it is one of the best in the segment. Unlike other tablets in the segment which slows down after prolonged use, the tablet maintained smooth performance even after week of usage. 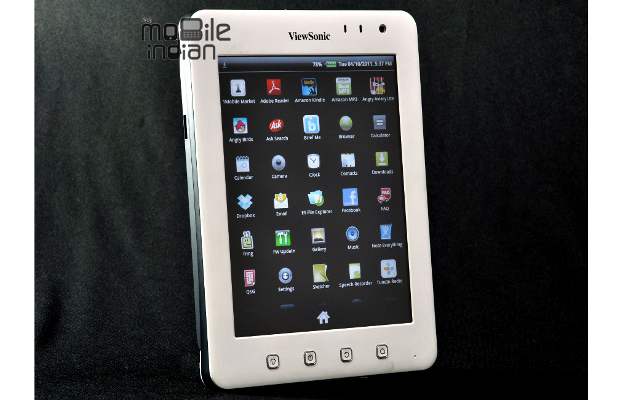 The 7-inch display has a resolution of 800×600 pixels is also surprisingly good. Images looks good even from an angle and also under sun light thanks to the matt finish of the glass.
Though, it offers a resistive touch display, it is one of the best resistive touch screens I have come across – it registers touch with even light pressure and is fairly accurate. The best part is that it supports multi-touch and the swiping actions are also performed with ease, something where most resistive screens fail to impress.

The tablet is a WiFi only device, so there is no 3G or EDGE support. It also lacks GPS support (most WiFi tablet don’t have it).

The Viewsonic Viewpad 7e comes with 4 GB of internal storage which is expandable up to 32 GB through a micro SD card. The tab has a 3300 mAH battery which offers multi day standby and 5 hours in regular use, which is not really great but not bad either.

The Viewpad 7e is based on Android 2.3 operating system but it does not support Android Market, which is surprising as it is a Google certified device and used to support Android market at the time of launch, which was only discontinued recently. 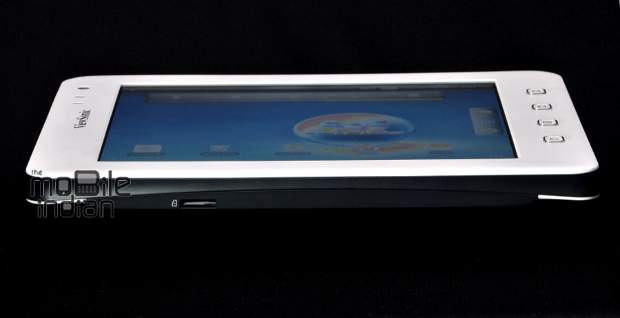 In place of Android market Viewsonic has included 1Mobile Market, which although very well structured, doesn’t have as many apps as Android Market. Infact, 1Mobile does not have half the numbers of Android Market. Most of the popular apps are although available. 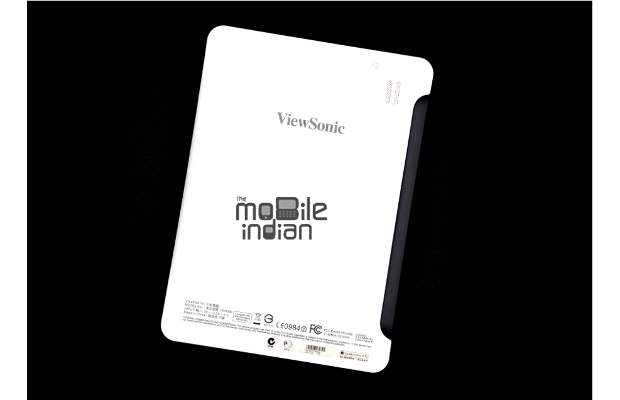 Viewsonic has included a 3D launcher in the tablet, which is basically a free app on the Android Market and is interesting but only as a novelty and not much for the day to day use. 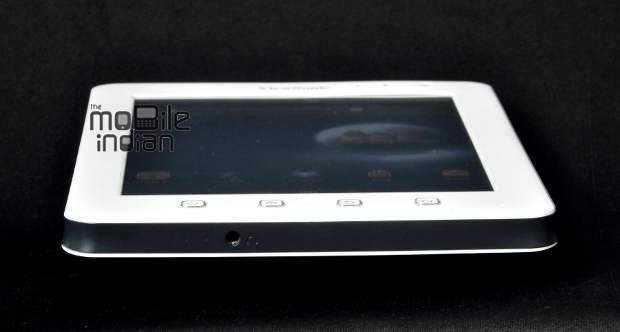 Viewsonic Viewpad 7e has access to the Amazon Kindle market from which users can download ebooks. Again, this is a free app on the Android market. Apart from that there are not many applications that come with this tablet. On the contrary, some default apps of Android like Google Map are not present in the tablet. 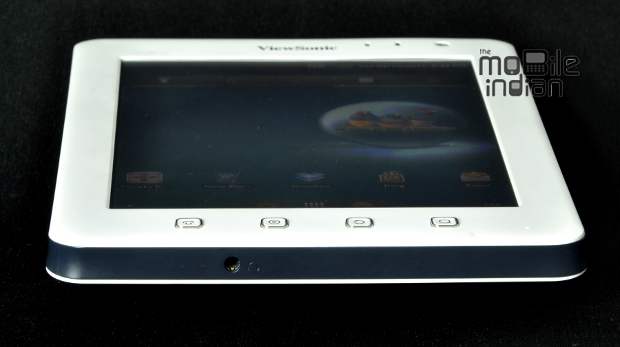 Having said that the Viewsonic Viewpad 7e has some very big flaws – it has a resistive screen, which though best than its peers, is not as responsive as a capacitive touch screen. The tablet also lacks 3G support. 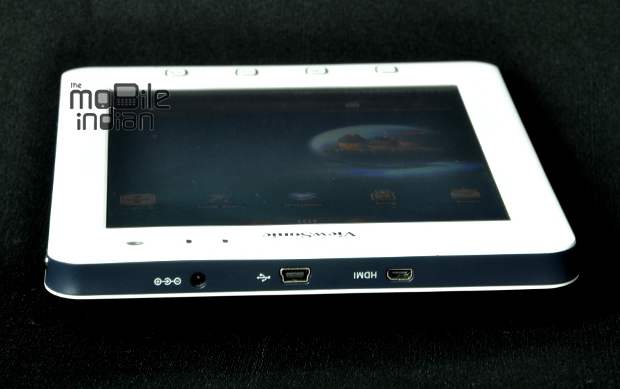 And the biggest thing missing is the access to Android Market, one of the main reasons for Android’s success, where you get more than 1 lakh applications.
Does lack of these features make it a bad buy? Well to certain extent yes. But if look at the build quality and performance and compare it with what is available in this price bracket, you will still be making a wise decision. But before you make a decision do check Samsung Galaxy Tab p1010 (a WiFi only version of the Galaxy tab) which is available at Rs 14,000.