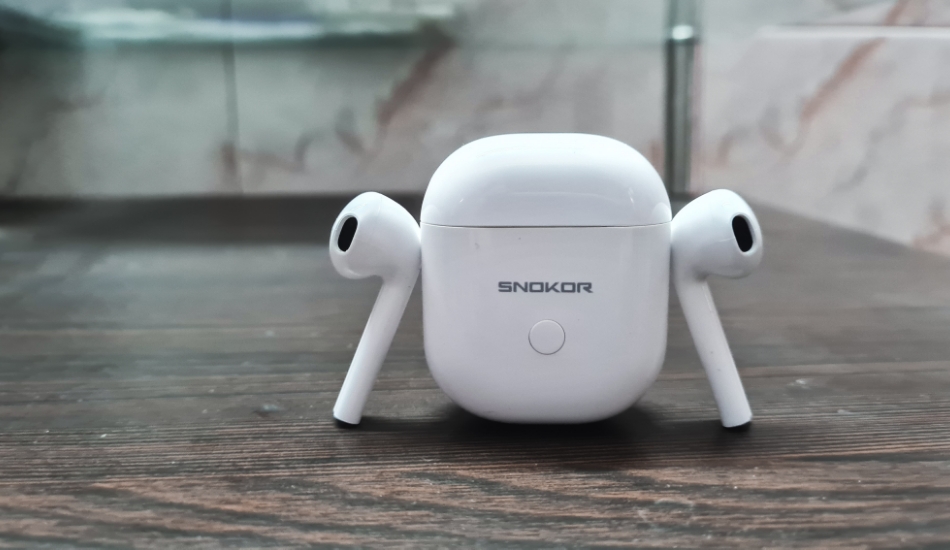 At a price of Rs 1,999, the iRockeR Gods are a good choice but with some tradeoffs. Lets have a look at the review of the TWS earbuds by Infinix.

The Snokor iRockeR Gods by Infinix made their way to us a while ago. The Truly Wireless Earbuds has some nice tricks up its sleeves, such as the super low 60ms latency gaming mode. It also competes against Oppo’s Enco W11 which we recently reviewed. As both of them are priced at Rs 2,000, we will also be comparing both of them throughout the review to see which one is a better choice.

We put the Snokor iRockeR Gods to the test, let’s see whether the earbuds pass the test or fail. 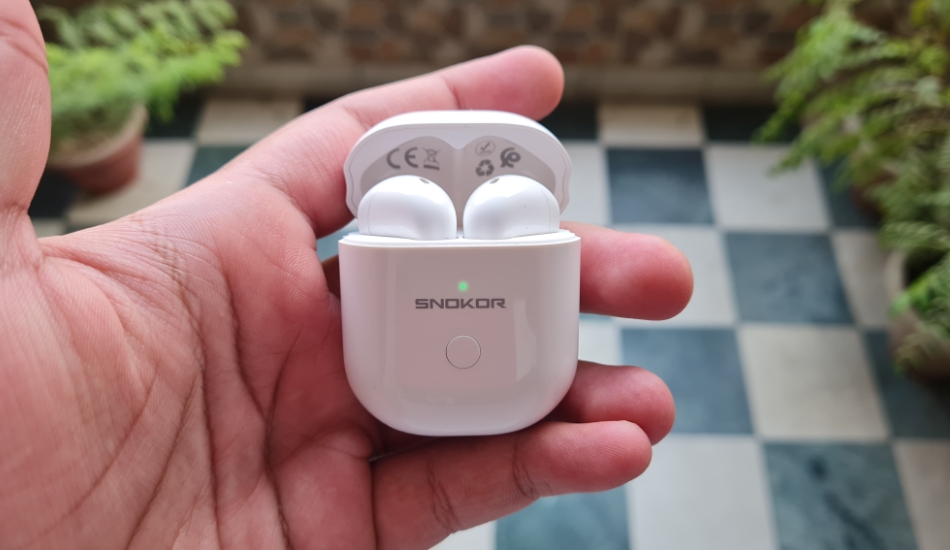 The Snokor iRockeR Gods remind you a lot of the first-generation AirPods released by Apple. The charging case might be a bit smaller and of slightly different shape but the earbuds itself resemble the AirPods a lot. 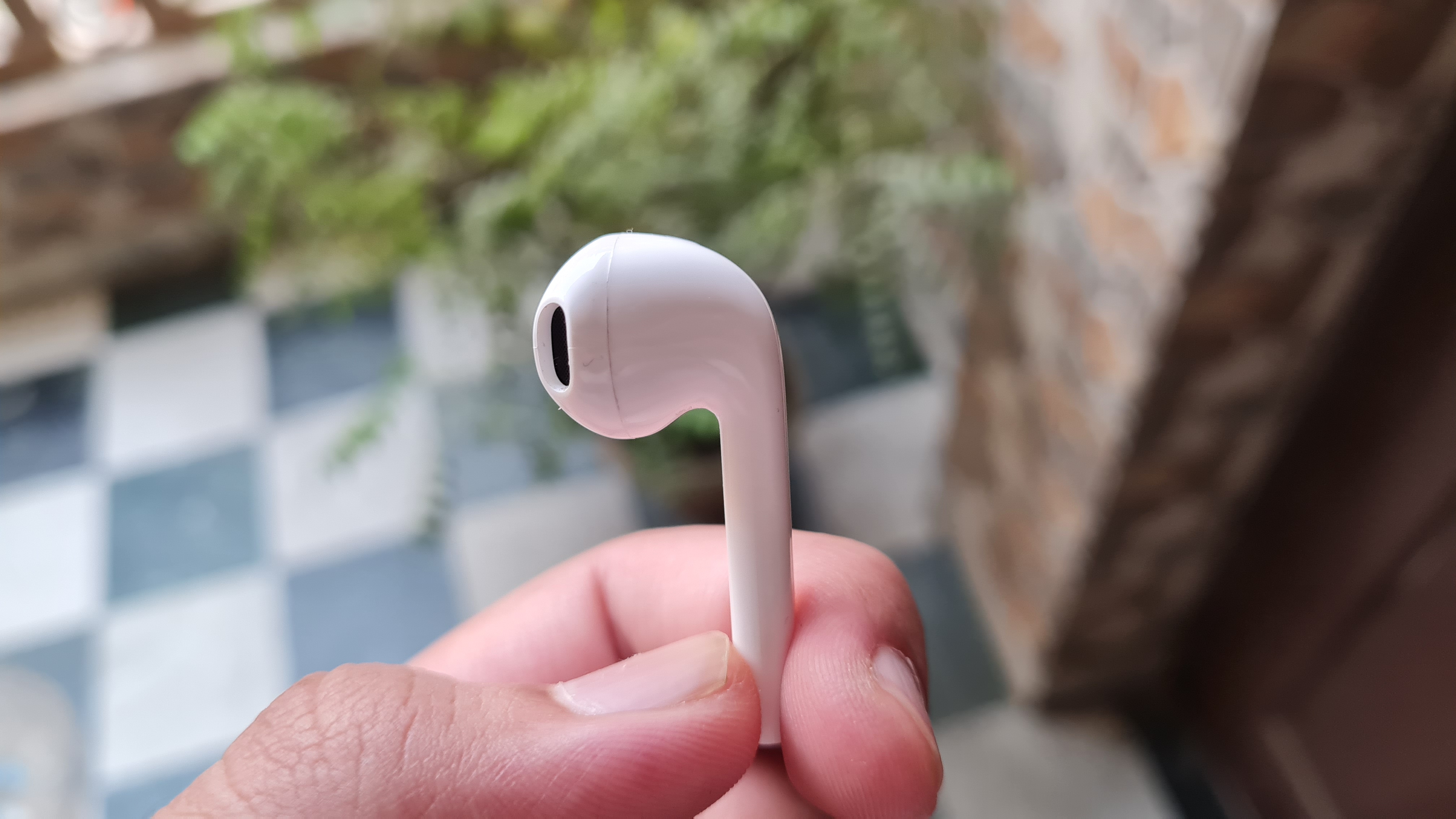 I would have definitely appreciated Infinix going with a distinct design but the company chose to stick to Apple’s paths. The charging case has the Snokor branding on the front and a Micro-USB port at the bottom of it. The Enco W11 by Oppo has a Type-C port which is definitely an advantage here.

The earbuds don’t have rubber ear tips, as they stick to the AirPod-like design. While I didn’t face any issues of earbuds just popping out of my ear for no reason, they did start to feel a bit uncomfortable after a long session of listening to music. The plastic does start to hurt your ear after a certain point of time. Comfort is definitely not in the favour of the iRockeR Gods. 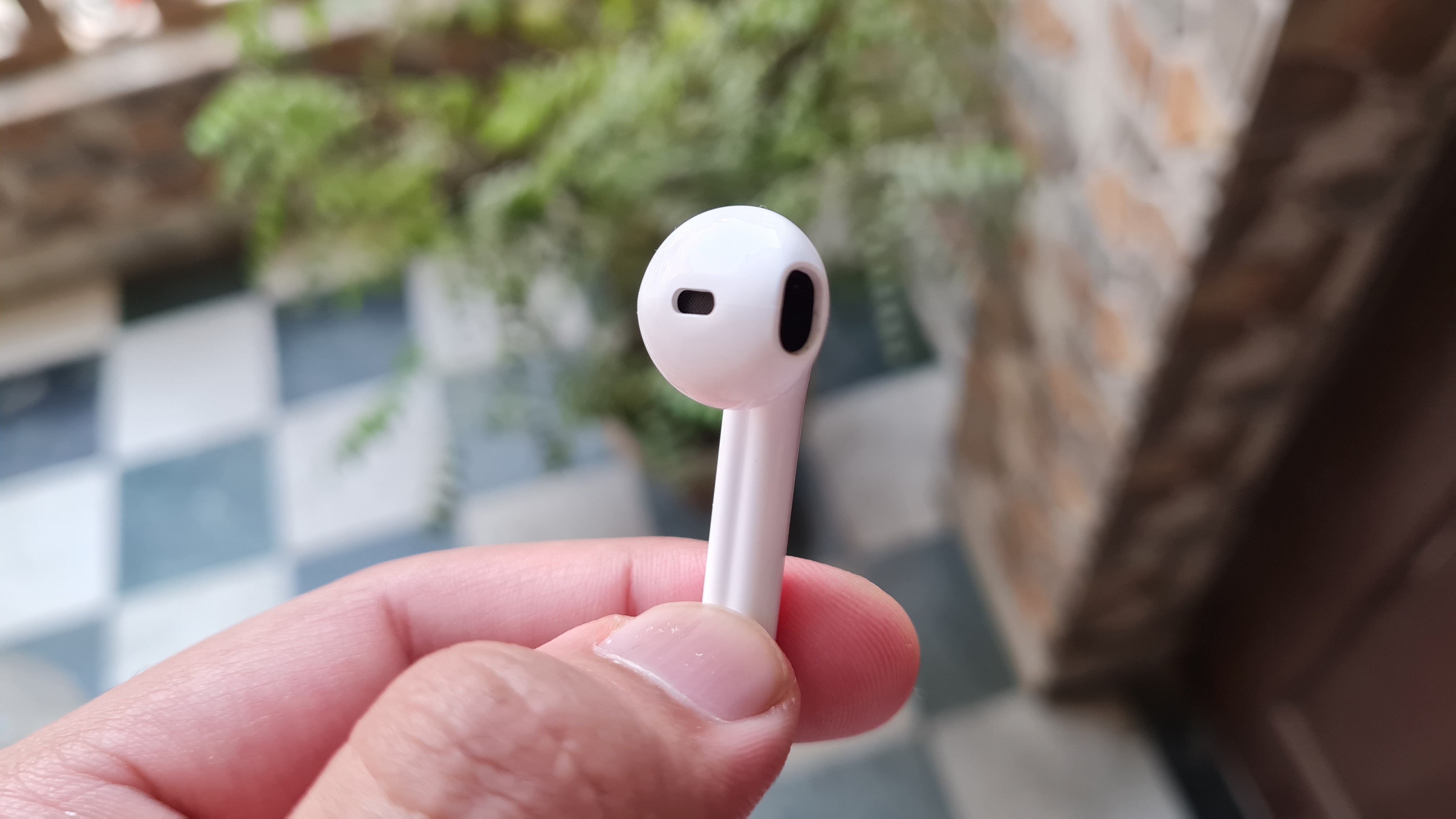 Although, the case itself is very small and portable so you can easily fit it into your pocket. But the lid of the case does feel a bit flimsy. The lid of the case is so loose that it makes it difficult to take the earbuds out of the charging case without it closing on you. In my opinion, it should have been a bit more tighter.

The earbuds connect to the device you have paired it with, as soon as you take them out of the case which is convenient. They also have an IPX5 rating which makes them Dust and Sweat proof, and is surely a nice addition.

The Snokor iRockeR gods have Bluetooth 5.0 for connectivity and 13mm driver for the audio output. The earbuds also have touch controls, such as Single Tap on the earbud to play or pause, triple tap for gaming mode, double-tap to forward or rewind or activating the voice assistant, etc.

These touch controls worked fine during our testing but were too sensitive. Even if I touched it very softly, it would trigger the action which should not happen. Though I liked the fact that they at least have it at this price point, matching with the competitors. 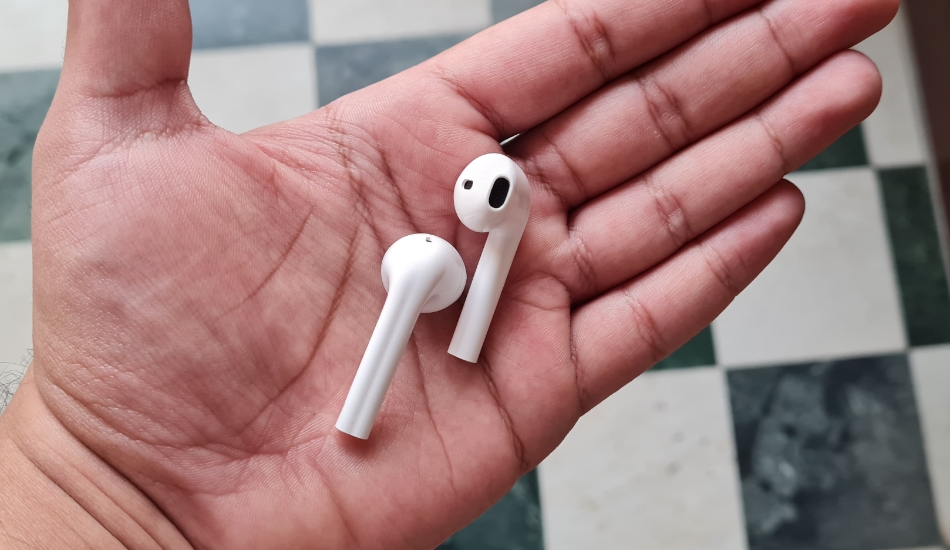 Coming to the sound quality, it was fine but nothing extraordinary. In my opinion, the treble was too high in front of the bass. The vocals were clear but because the sound of the lyrics was so high, the thump in the bass was missing. This wouldn’t be the choice for bass lovers, while Enco W11 should be.

Gaming with the iRockeR Gods on was a breeze. The gaming mode with 60ms low latency absolutely enhanced the whole gaming experience. And it does make a difference when the gaming mode is ON and OFF. The sound of the gunshot was perfectly in sync with the action happening on screen. They definitely impressed me with this feature, while the Enco W11 failed to do so.

The Snokor iRockeR Gods do have an in-built mic which does an average job. The other person could hear me clearly without any background noise but my voice was too low for them. It sounded to them like I was standing far behind from the mic. 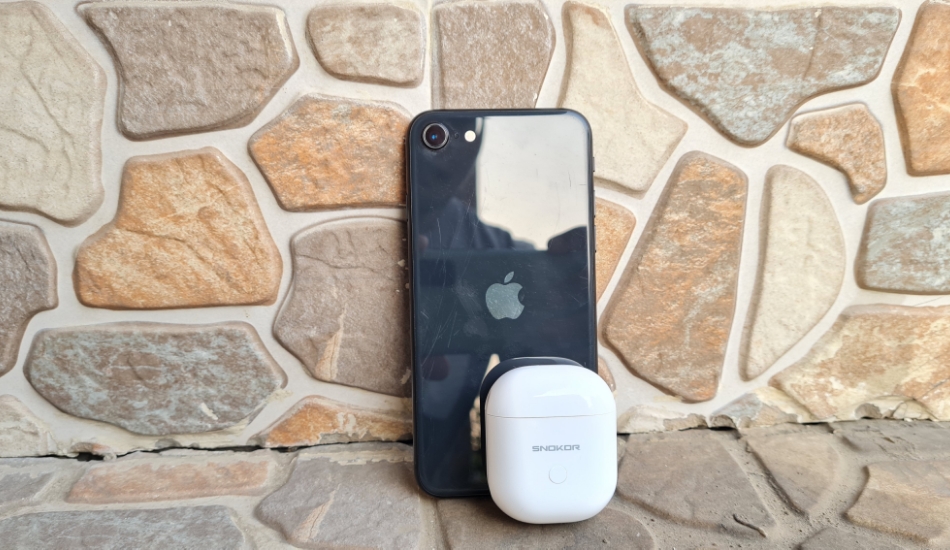 On the other hand, I was able to hear them without any disturbances, and in a loud and clear manner. Calling could have been a bit better, but is surely better than what we experienced with the Oppo Enco W11.

The buds gave me around 3.5 hours of battery out of which during 1 hour, I was using the gaming mode with 60ms low latency. The buds took around 45-50 minutes to charge with the case. 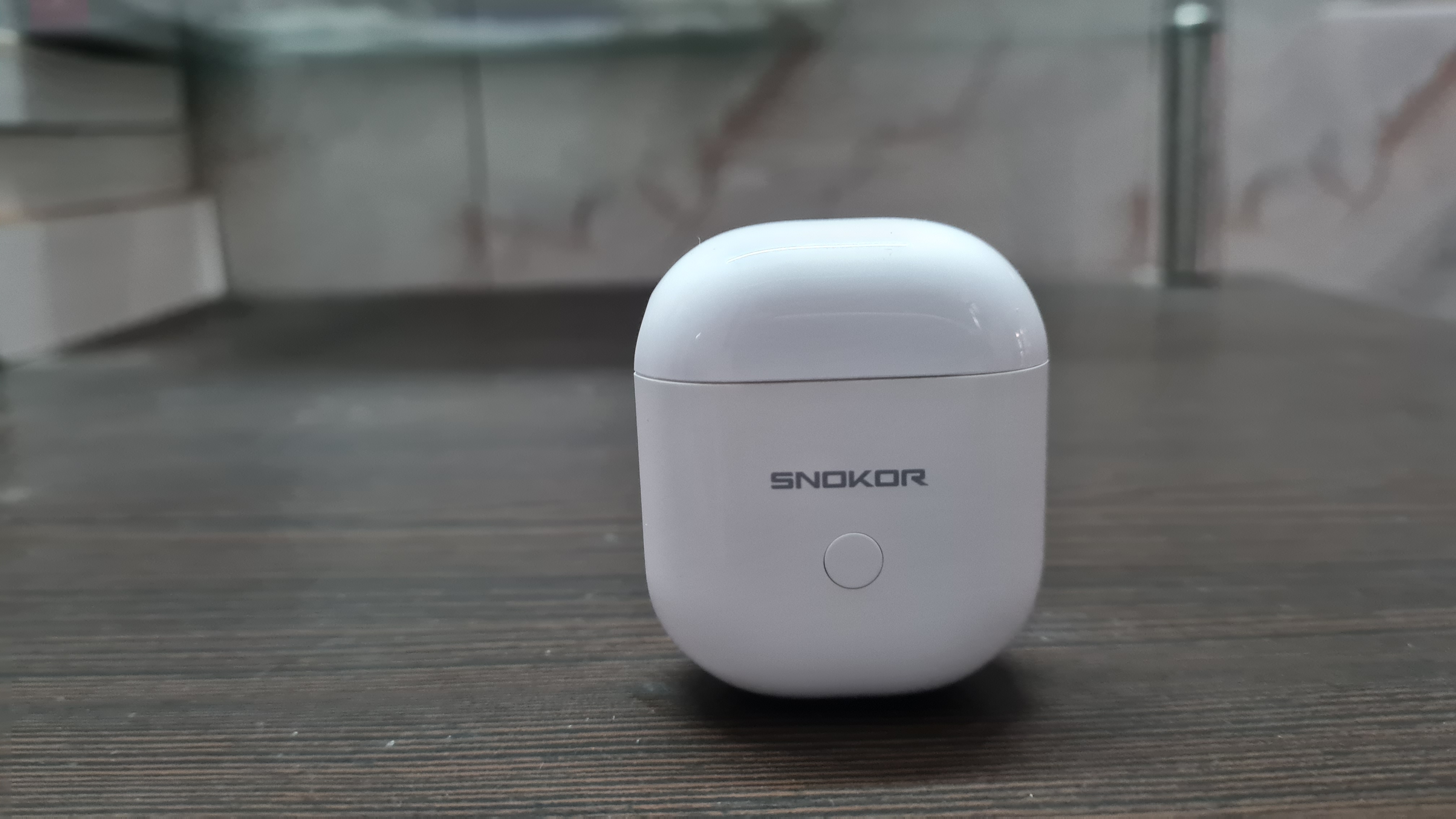 The case itself took around 1.5 to 2 hours to charge which is the same as claimed by Infinix. The battery life in general was good and reliable.