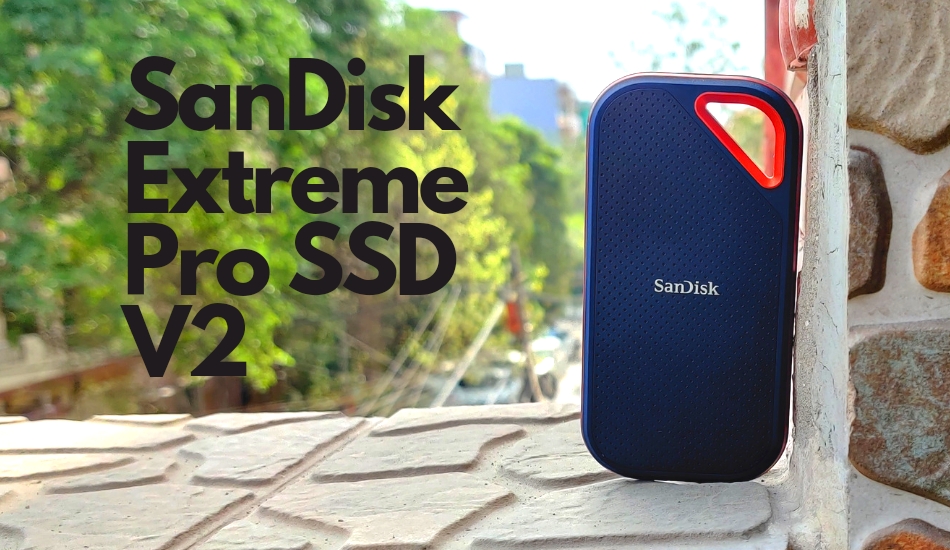 The SanDisk Extreme Pro SSD V2 is the newest addition to SanDisk's Product portfolio for India. It has the same design as last year's model but has considerably improved when it comes to performance

The storage solutions market in India has been witnessing some great options for a while now and SanDisk has always played a major part in the respective segment by bringing a lot of its products to the Indian market.

The latest product to join the product portfolio is the SanDisk Extreme Pro Portable SSD which is priced at Rs 19,999 for the 1TB variant, while the 2TB model is priced at Rs 34,999. The 4TB model pricing is said to be made available next month along with the SSD itself. The SanDisk Extreme Pro portable SSDs come with a limited five-year warranty.

The variant we got is the 1TB model and this SSD has a lot to provide, given you have the budget to buy the highly-priced basic model. Let’s get into it. 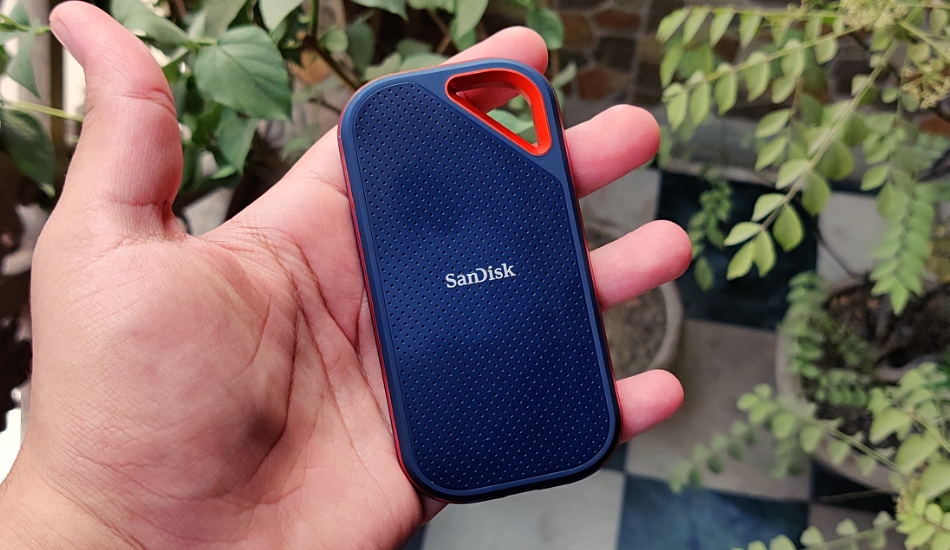 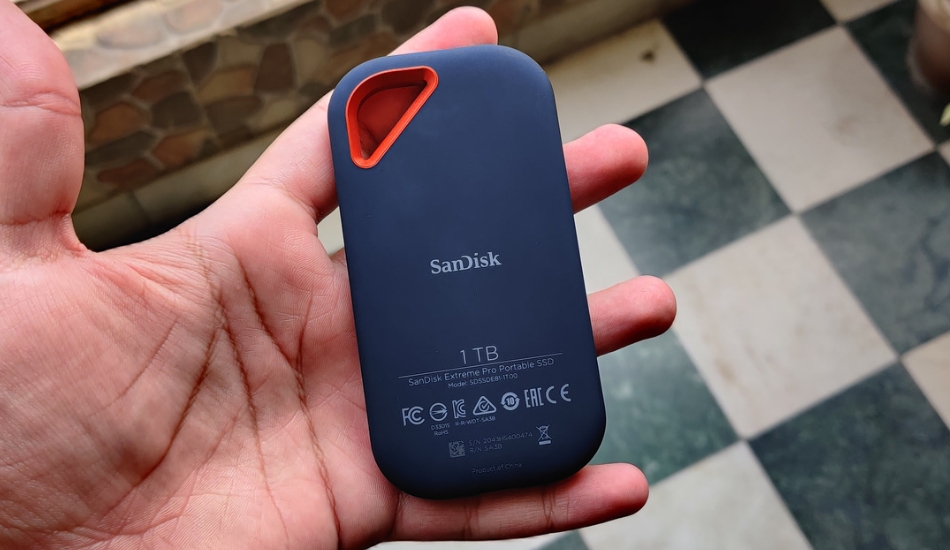 The design of the SanDisk Extreme Pro SSD is exactly the same as the one launched last year. If you hold both of them side-by-side, you won’t be able to tell which one is the newer one. It all differs in the insides, about which we will talk later. 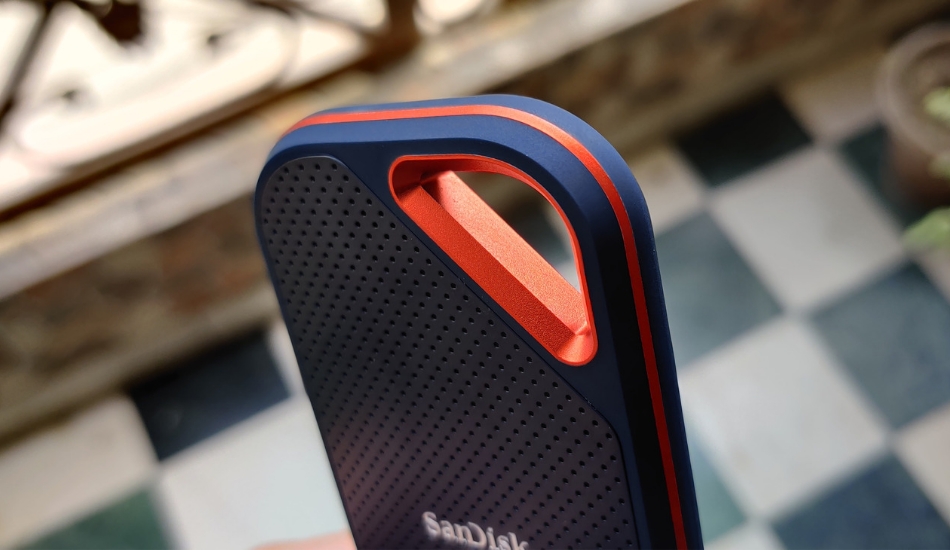 The SSD comes in a forged aluminium chassis that acts as a heatsink to deliver a higher sustained speed in a portable form factor. The SSD comes with a silicone shell design that is said to offer a premium feel to the portable SSD. 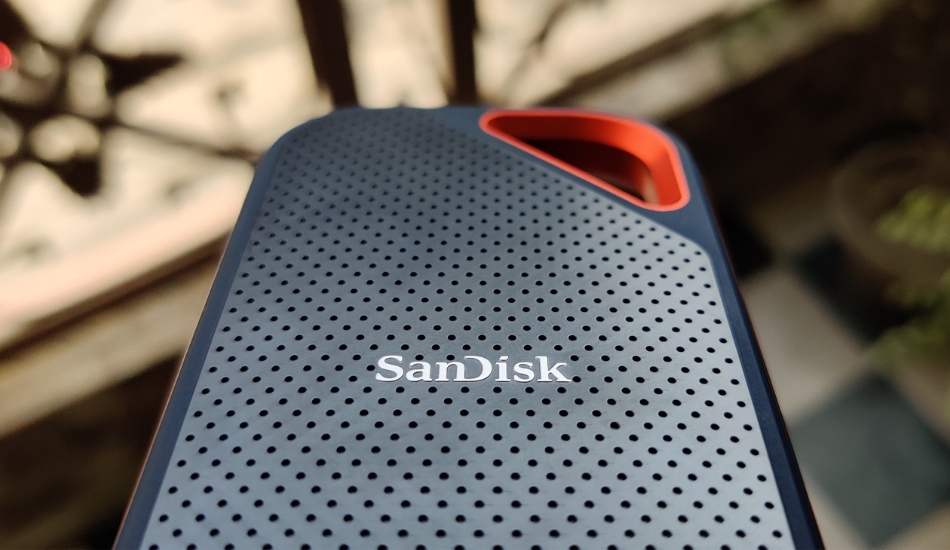 And in my opinion, the silicone shell exactly does what it’s meant to do. It gives a very premium feel along with the orange aluminium lining that goes along the sides of the SSD. You get a triangular cutout on the top so you can attach it to your backpack (or wherever you want to) through a keychain.

The SSD is built like a tank from top to bottom. The durable silicone shell not only adds to the looks but is also meant to provide protection to the SSD which it does really well too. It has up to two meter drop protection with an IP55 rating, making it easier to carry around. 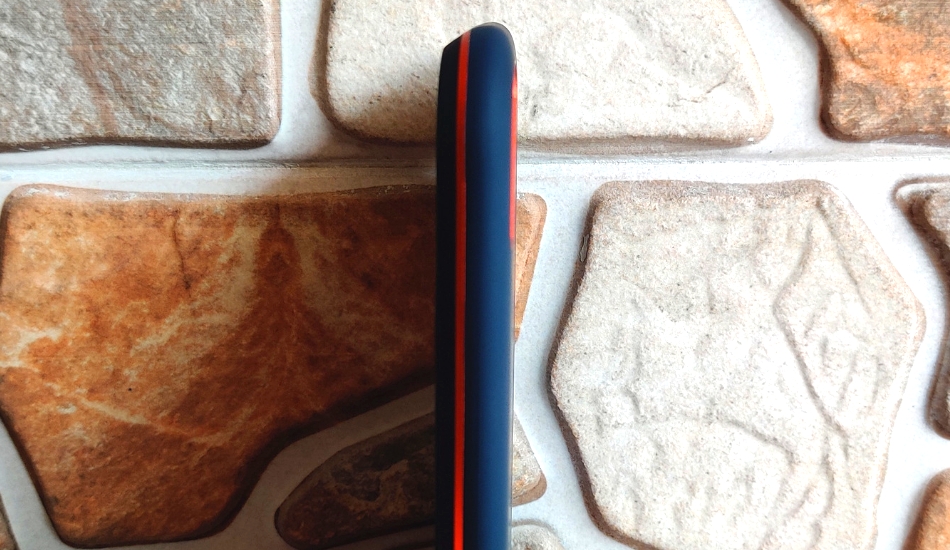 This is the rugged look and feel you need if you want a storage device with you while you go on an adventure. There’s no LED indicator sadly, a complaint which we even had with the previous version. There’s a USB-C port at the bottom and the SSD is compatible with PCs running Windows, Mac, and even with phones that have a Type-C port. You get a Type-C to Type-C as well as a Type-A to Type-C cable within the box so there’s no issue with cables when you need to connect the SSD with a different device.

While performing heavier tasks, the SSD does get a bit warm but it’s not on the hotter side and is perfectly normal. In our opinion, this is the perfect SSD you can carry while you travel to a place with harsh weather conditions, or if you just want to buy an SSD that is ruggedly built.

The new version 2 of the SanDisk Extreme Pro SSD is claimed to provide up to 2,000MBps read speeds and up to 2,000MBps write speeds that are insanely fast. We connected this SSD to the same Surface Pro 4 we used for the review of the previous generation of this very same SSD.

The PC has a USB 3.0 port and you will get an idea of what speeds you would get if you don’t have a high-end PC and if you are an average consumer who wants to purchase this storage device. 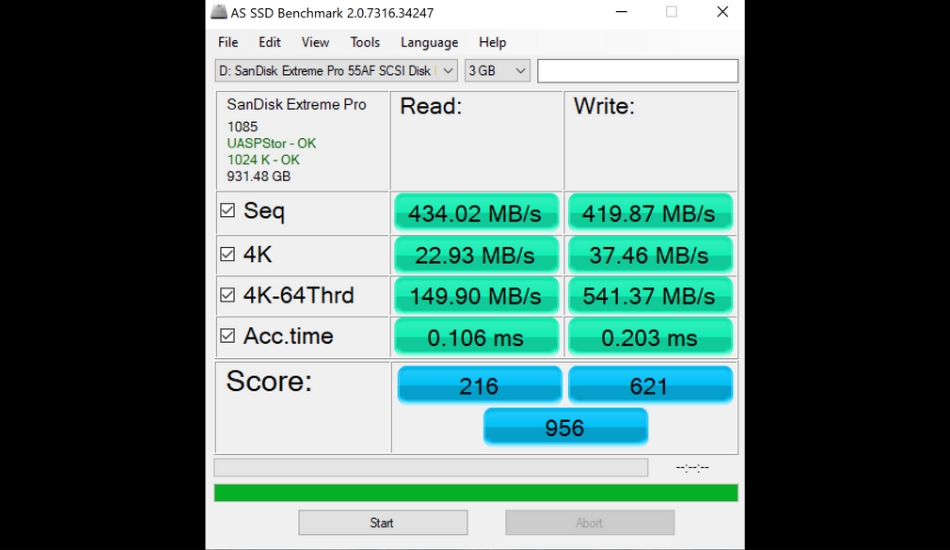 When connected, the Windows Console showed around 931GB of space available which one can use. The software we used for testing the SSD was called AS SSD Benchmark. For the sequential read speeds, we got around 434 MB/s while for the write speeds, the number hovered around 420 MB/s. While putting it to test more realistic speeds, the random read speeds stood at around 23 MB/s while write speeds were around 37 MB/s which are quite an improvement from the 17MB/s that we got with the 1st generation of SSD.

The score is good considering we didn’t use a Thunderbolt port after which the speeds would have been much closer to the claimed speeds. 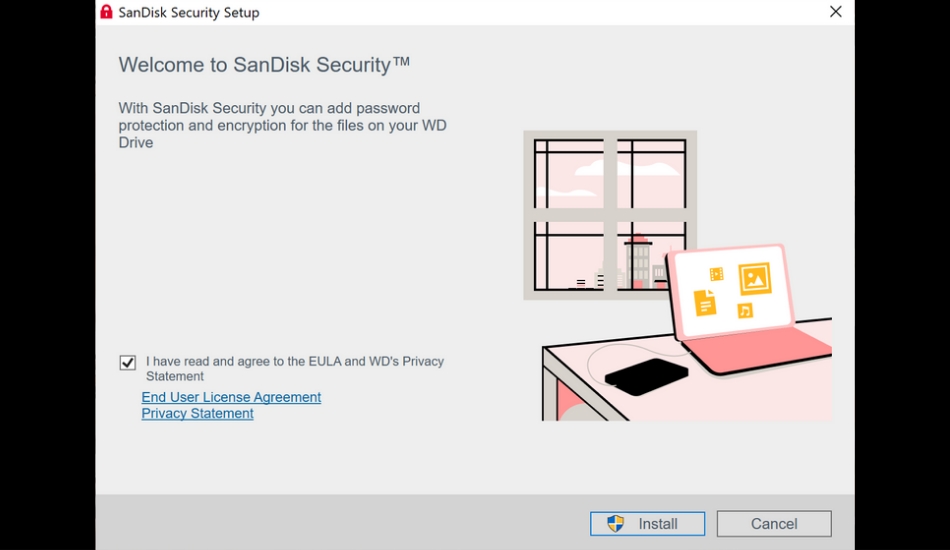 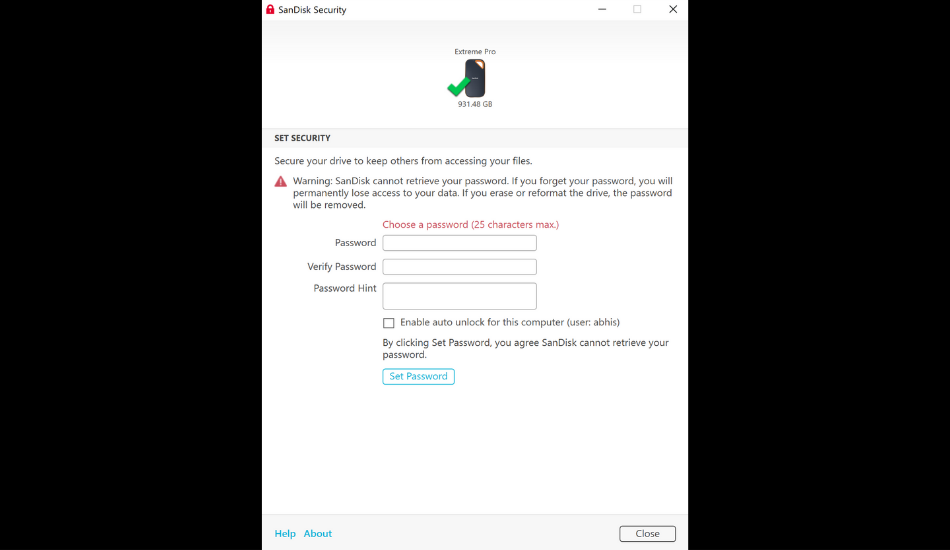 With the previous generation, we had negative feedback regarding not including the SSD protection software that can lock the SSD with a password and it seems like SanDisk has listened. There’s a new SanDisk Security software through which you can now lock the SSD using a password. Do remember if you lose the password, you will have to completely reset the SSD as there’s no way to unlock it if you don’t have the password.

The 2nd Generation of SanDisk Extreme Pro SSD has considerably improved over last year's variant and is the best SSD you can purchase, considering you can afford the hefty price tag.