Sandisk yet revealed another storage device for Indian consumers a while ago which is the Extreme Pro Portable SSD. Is it worth the price tag? Let's take a look.

Sandisk has always been one of the major leading brands when it comes to storage devices. Be it memory cards, hard drives, SSDs, pen drives, etc, SanDisk is the primary choice for many out there.

For all the SSD lovers out there, Sandisk released another product called the SanDisk Extreme Pro SSD. The SSD is mainly aimed for those adventurous people who like to travel and carry their SSD with them. The SSD is also a solid competition to the WD MyPassport SSD which we reviewed recently. So let's help you decide if you should go with the MyPassport or the Extreme Pro.

Before talking about design, let me get you through the in-box contents first. Apart from the SSD, we get some manuals and two cables which include a Type-C to Type-C and a USB 3.0 to Type-C cable. Which means you get 2 different cables for separate ports unlike the WD MyPassport SSD, in which you get a Type-C to USB 3.0 connector. 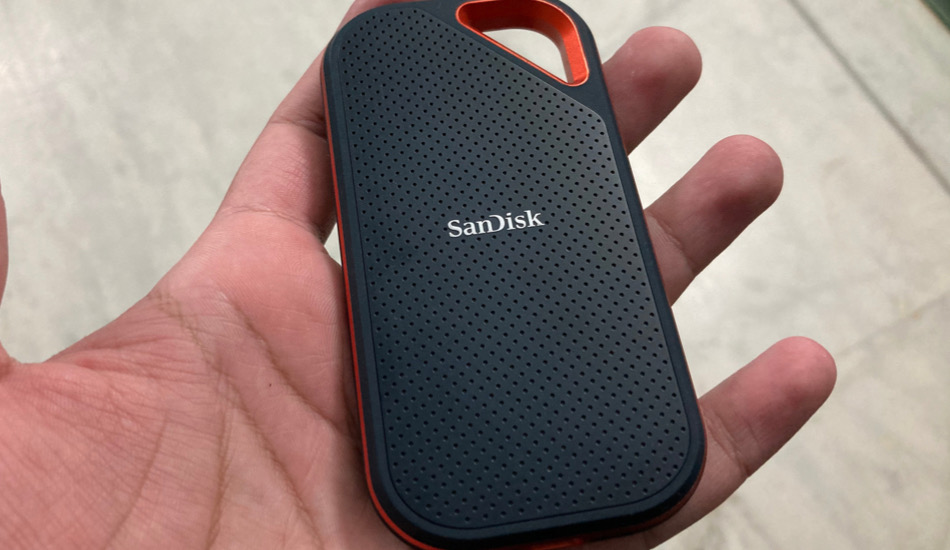 Coming to design, the SanDisk Extreme Pro SSD is a device that is solidly built. It is built with a ruggedized rubber material and as soon as you hold it, you know it is built to withstand the harsh conditions. The SSD doesn’t feel very heavy, yet is on the bulkier side. 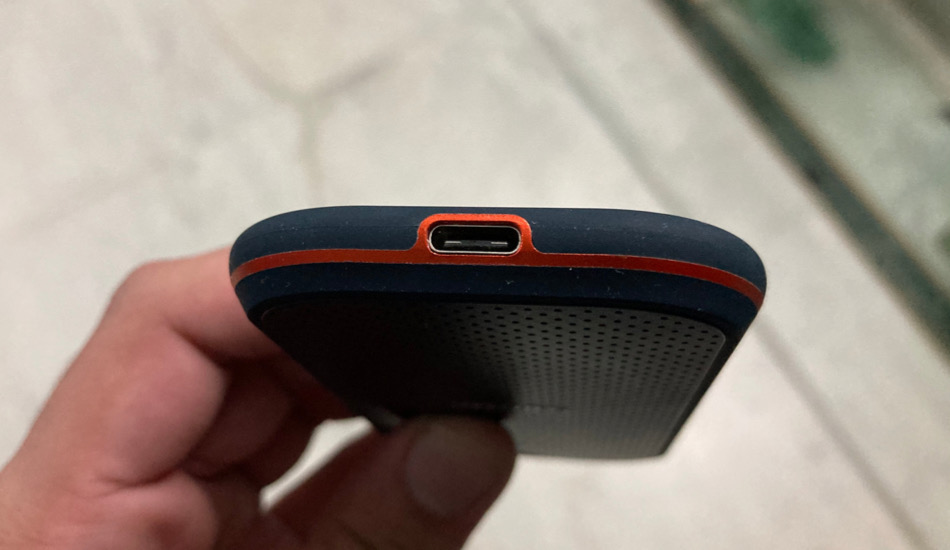 There's an orange metal lining that goes around the edges of the SSD which looks good. And you even have a triangular cutout at the top if you want to hang the SSD with your backpack or some place else through a keychain. There's no LED activity indicator which is commonly found in HDDs. 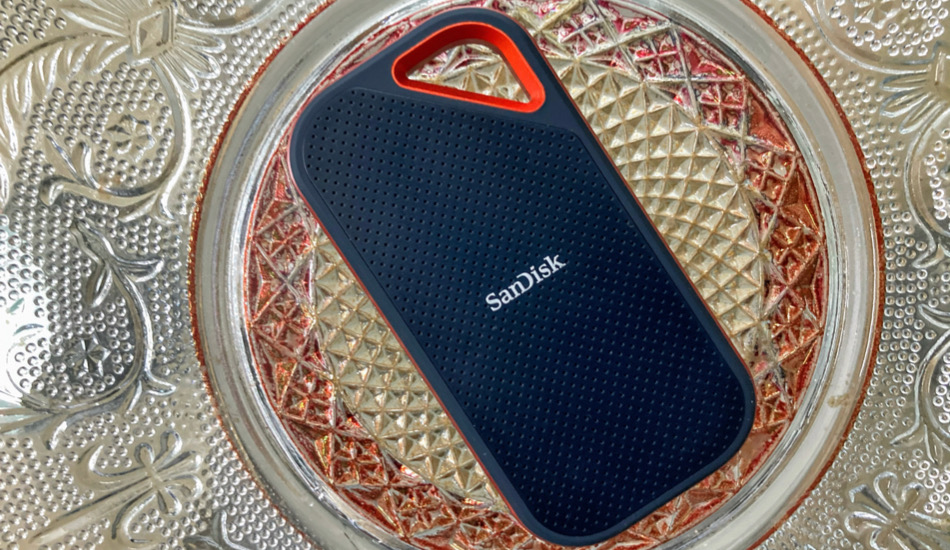 The design and the material used for the SSD looks and feels amazing. The SanDisk Extreme Pro SSD is even IP55 rated which makes it dust and water resistant.

The SanDisk Extreme Pro is claimed to provide transfer speeds of upto 1050MB/s. It is based on the new NVMe SSD format.

We tested the SSD read and write speeds on a Microsoft Surface Pro 4 with a USB 3.0 port. When connected, the Windows Console showed around 931GB space available for occupying. 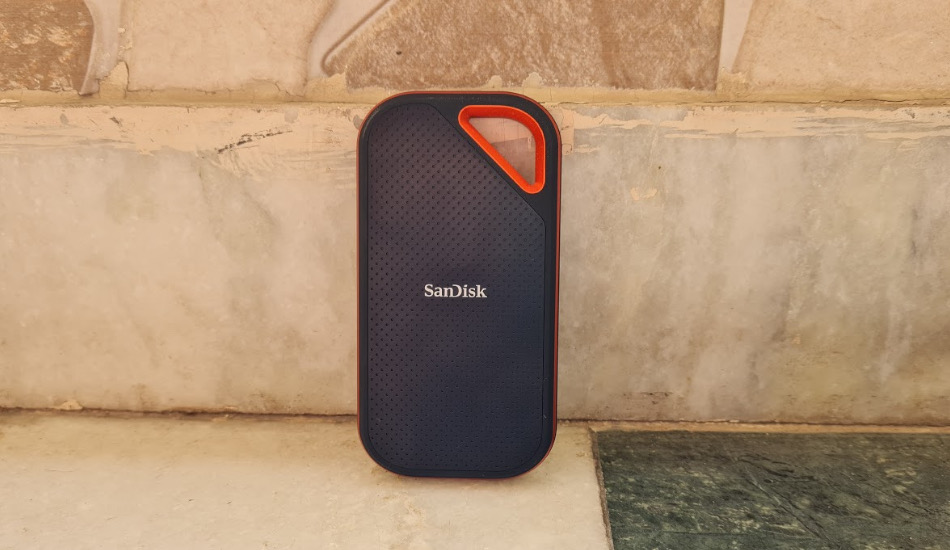 When compared to the WD MyPassport SSD, the speeds were almost similar except the random write speeds which were higher in WD and stood at 33MB/s. While this might not be a major issue or an issue at all, it is a notable point. 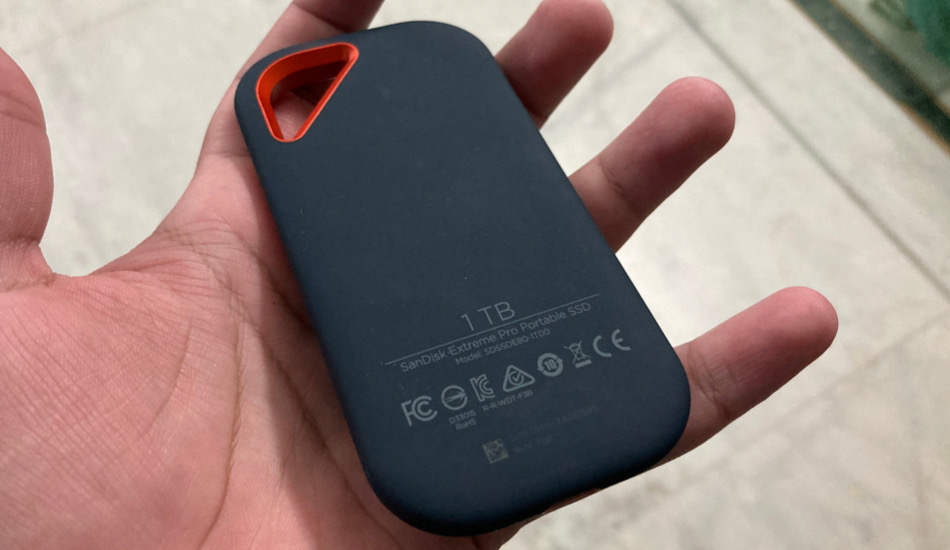 The SSD did get a bit warm during the test operation but it is quite normal and wasn't uncomfortable to the touch. It is worth pointing out that if you are a user who has a PC that is equipped with a Thunderbolt/Type-C port, the SSD will give you much closer speeds to the claimed ones by SanDisk.

An advantage the WD MyPassport has over Extreme Pro by Sandisk is the inclusion of softwarw features such as locking the SSD, Cloud backup, etc. It might not bother many users but could be a deal breaker for some.

You should definitely go for the Sandisk Extreme Pro SSD if you are looking for a tougher SSD to sustain harsh conditions. But if you are in the market just for a SSD for storage purposes, the WD MyPassport SSD would do the job for you and at a lesser price with software features and almost similar read/write speeds.