Samsung Galaxy M30 Review: Is this the best of Samsung you can get at this budget?

The company has added some nifty arsenal to its device with a new gradient finish, triple-camera setup an impressive 5000mAh battery. But, is it enough to make the best proposition to its potential buyers?

Performance Spammy notifications Low light camera could have been better

Samsung recently introduced its yet another smartphone focused at the millennials. Dubbed as Samsung Galaxy M30, the smartphone comes with an asking price of Rs 14,990 for the 4GB RAM + 64GB storage and 6GB of RAM + 128GB variant is priced at Rs 17,990.

With this, Samsung is trying to eye the Rs 15,000 to Rs 20,000 segment, which is heavily guarded with the Chinese players like Xiaomi, Realme and Vivo. The company has added some nifty arsenal to its device with a new gradient finish, triple-camera setup an impressive 5000mAh battery. But, is it enough to make the best proposition to its potential buyers? Let’s get started.

What we liked about Samsung Galaxy M30! 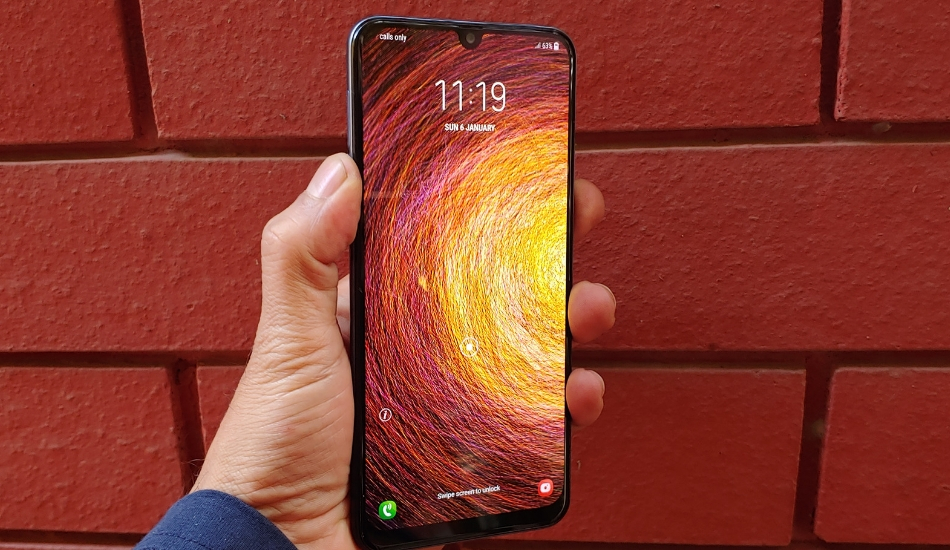 The first thing that is quite attractive about this device is the design language. The phone comes with a gradient finish and it looks modern as compared to traditional Samsung smartphones. We got the Gradient Blue colour option for the review and it surely looks premium. However, the back panel is not made of glass, but a polycarbonate body. The phone is quite comfortable to hold and you can thank the curved sides for it. The device is prone to smudges, but it is not that visible, especially, with the gradient blue finish. That said, it is certainly one of the refined smartphones from Samsung when it comes to the design.

Coming to its another highlight, the phone is equipped with a 6.3-inch Full HD+ sAMOLED display with a screen resolution of 2340 x 1080 pixels. The Infinity-U display is Samsung’s iteration of waterdrop notch, which is quite common at this price range. However, what is not common is the inclusion of the AMOLED display. 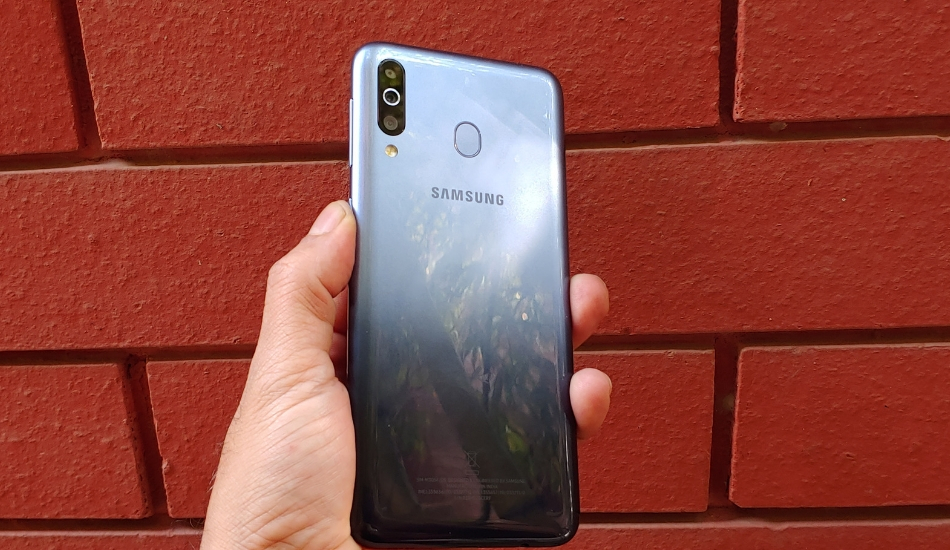 This results in better viewing angles coupled with punchy colour output. In our testing, we found out that the phone display some deep blacks and watching a movie was a delight with this phone. It is a welcome move that the company has given an option to tweak the display setting according to one’s need. It basically comes with three settings, Adaptive Display, AMOLED Cinema, AMOLED Photo and Basic. We liked the Adaptive display as it gave the best results in our testing. We also liked that the company has given an option to hide notch. Overall, display sure looks on par with the rest of the competition.

Coming to the camera performance, the Samsung Galaxy M30 features a triple-camera setup with a combination of the phone comes with a 13-megapixel primary lens, a 5-megapixel depth sensor and a 5-megapixel ultra-wide angle lens. For the front, there is a 16-megapixel shooter. Starting with the camera UI, it is pretty simple to use and easy to understand. We liked the swipe up/down gesture that toggles between the front and rear camera. A handy feature indeed! 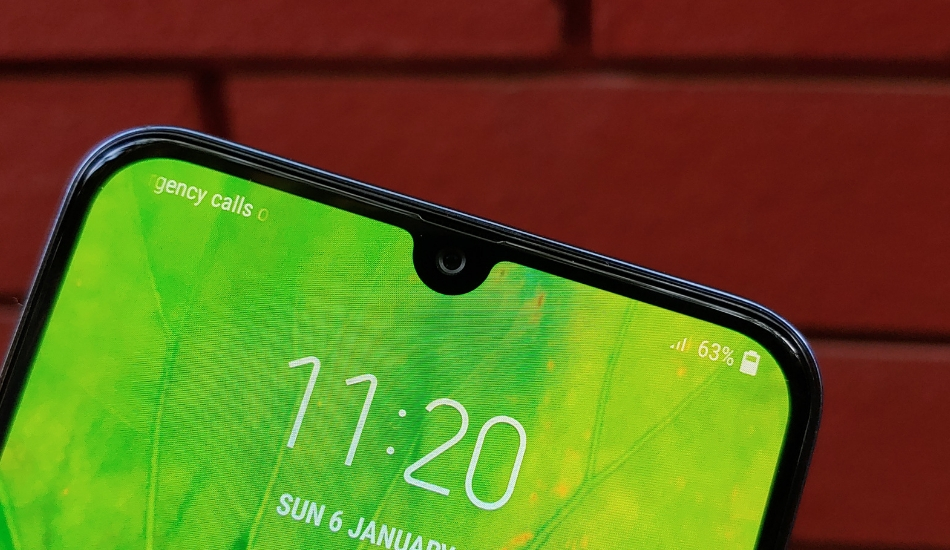 Coming to the camera performance, the phone took some crisp and sharp shots in the broad daylight. The detailing was quite decent and the colours were close to the source. However, we felt that the phone was oversaturating the red colour and it look brighter than our liking. The macro shots came out to be quite good as well as the detailing was good and the phone was fast to focus. Coming to its wide-angle lens, it is helpful when you want to click a photo with a broader area. However, there was some barrel distortion in our testing, but it can be fixed in the gallery. The Live Focus mode was more of a hit and miss. Sometimes it rightly highlights the subject and blurs out the background, but sometimes we saw some blurring at the edge of the subject.

Lastly, the battery on this smartphone is of 5000mAh battery. In our testing, the device delivered almost two days of battery backup under normal usage, which included checking some emails, listening to music and surfing the internet. Under the power usage, the phone lasted one full day, which was a good thing. The Galaxy M30 also comes loaded with fast charging support and it comfortably charges the device to 50 per cent in about an hour or so. The phone takes almost two hours to be fully charged. 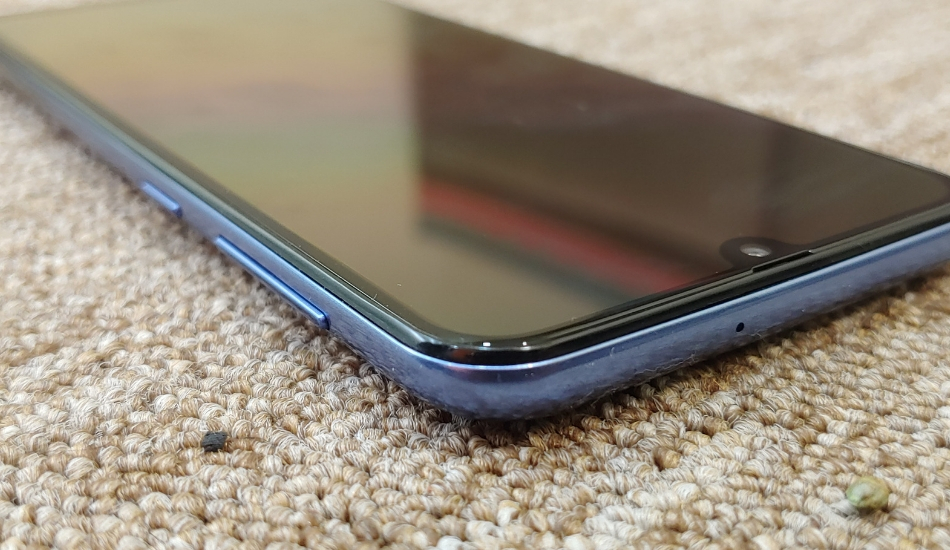 Coming to the downside of this device, the performance was that great as compared to the competition. The phone is equipped with an Exynos 7904 octa-core processor. We got the base variant for review and the day-to-day performance was decent enough. However, things got a bit sketchy when you start heavy multitasking on it or playing high-end games.

Coming to the gaming performance, the Samsung Galaxy M30 handles most of the casual games pretty well, but high-end games like Asphalt 9: Legends, ran with some shutter. We also played PUBG Mobile on this phone and it took Medium settings by default. We then set the frame rates to medium, but still felt quite a lag or shutter. Furthermore, the phone does get heated up during the gaming session, but it is not that alarming. 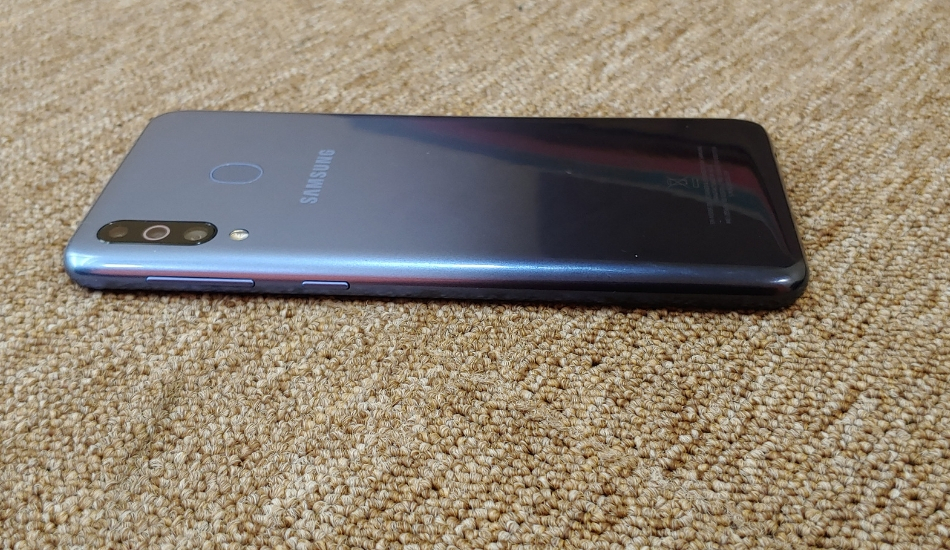 The company has opted for an older version of the Android with the Galaxy M30. The phone runs on Samsung Experience 9.5, which is based on Android 8.1 Oreo. The user interface is refined as compared to its predecessor, but we felt that the amount of bloatware could have been lesser. The phone comes with a host of third-party apps. Furthermore, My Galaxy application acted annoyed us during the review period. The app sent lots of notifications on day-to-day topics related to news or promotions. There is no way to disable this, but need to freeze the application to get rid of this mess.

Secondly, the display lock screen stories, which is an accumulation of sponsored content, news and facts, is not that great. The stories should ideally act as a medium to get news, though it is more like a clickbait to attract more users to other websites or apps. During our review, we found lots of these messages that were basically promotion and not useful content. Ultimately, you will disable it by changing the Wallpaper on the lock screen and selecting Wallpaper instead of Wallpaper & Stories.

Samsung Galaxy M30 is probably one of the best-designed smartphones in this price band. The display certainly looks interesting and the camera performance in broad daylight is quite decent in our opinion. The battery is a strong talking point of this device, though it is not able to handle most of the high-end games effectively. The user interface seems to be dated now and the amount of bloatware and spammy notifications spoils the whole experience. That said, the phone looks like a good option for Samsung loyalists, but still faces stiff competition from the likes of XiaomI Redmi Note 7 Pro, Realme 3, Asus Zenfone Max Pro M2 and Nokia 6.1 Plus.

Share
Facebook
Twitter
WhatsApp
ReddIt
Previous articleAsus Zenfone Max Shot, Zenfone Max Plus M2 with world’s first Snapdragon SiP processor announced
Next articleQualcomm is hosting an event on March 19 and it’s got something to do with “sound”