PLAY recently announced its new set of TWS earbuds called PlayGo Dualpods and here's our review of the same. 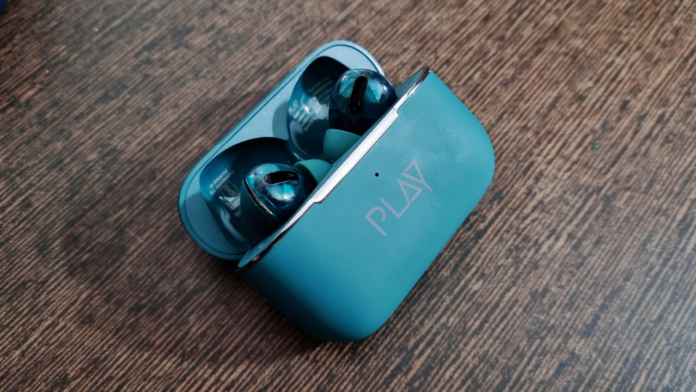 TWS segment is on a boom in India and new players have been entering the market quite often. PLAY has been another local manufacturer that recently expanded its product portfolio in India with the launch of PlayGo Dualpods. These earbuds come at a price of Rs 1799, placing them in the budget segment against more established brands such as BoAt and Noise. Let’s take a look at what they have to offer.

In terms of design, you get the same stem design which most of the brands are offering these days. However, one distinguishing factor in design of the PlayGo Dualpods is the semi-transparent design that shows us the internals of the TWS earbuds. Further, these are IPX4 rated as well for water and sweat resistance.

The case has the PLAY branding on the front with a light, and a USB-C port at the bottom. As its built with plastic and has a matte finish, it picks up fingerprints very easily. The case has magnets so it closes fine. Each of the buds just weighs 3.7 grams which is very light. It is available in three colours including Gray, Black and Green. We got the green variant which in our opinion looks average.

However, the buds themselves feel cheap as everything is made of plastic. The buds also have a light which turns red and white. They also have touch controls where you can hold on the right earbud to increase volume and on left to decrease it.

Moreover, the design of the earbuds and case doesn’t seem to match efficiently because its very difficult to put the earbuds inside the case in a single try. As for comfort, fortunately they go inside the ear without any issues and are comfortable enough for wearing for longer periods of time.

The PlayGo Dualpods are driven by Enhanced Bass Extra Loud (EBEL) drivers and have Bluetooth 5.1 for connecting wirelessly to your devices. As much as the EBEL drivers sound interesting, they actually don’t add very much to the actual sound. Contrary to its name, you just can’t expect any levels of bass out of these.

It’s just a flatlined equalizer based sound and even that sounds muffled in some songs. The lyrics don’t have much clarity while other instruments in the song are not very audible as well. Yes they get loud enough but it sounds terrible at high volumes.

Adding to the issues was the connection problems. Firstly, I couldn’t pair them in one go. Secondly, the sound between the two earbuds often got out of sync, and moreover, the sound often got cut off and was getting interrupted which made the experience even more worse.

For battery life, PLAY promises 5 hours of playback on a single charge and the case has a 1.2 hour of charging time. The battery backup was on the positive side and we got close to what was claimed. As for call quality, it was below average again.

My voice echoed on the receiving end, and while on call, the left earbud just disconnected from my phone and I could only hear on the right earbud. Further, as if echo wasn’t enough, the background noises while I was outside just took over and the other person could hear only that. To conclude, the call quality is just as bad as the sound quality is.

Load more
PlayGo Dualpods Review: Substandard TWS on a high priceAt a price of Rs 1,799, the PlayGo Dualpods are a big No. You can get many products from BoAt, Noise at this price such as boAt Airdopes 402, boAt Airdopes 181, Noise VS303, etc, with a much better soundstage and decent call quality and most of all, without any connectivity issues as such.