Nubia Z11 Review: A potential flagship-killer killed by its own software

The smartphone comes with the ingredients that make it a new flagship killer in the town.

The term flagship killer has become a rage these, with every other manufacturer terming their smartphones to be the one which can take on the mighty premium segment, but frankly speaking, the only handful of those are able to succeed. Before we get any further, let’s talk about a flagship killer. What is it? Well, as per many tech pundits a smartphone that has all the ingredients to be a premium flagship model, but comes with a more affordable price tag is a true flagship killer. The one smartphone which has become an ideal example and withstands the test of time is the OnePlus 3. It is safe to say that OnePlus 3 has marked its dominion across this segment. But a young smartphone has now come to challenge its throne. Yes, we are talking about Nubia Z11. The smartphone also comes with the ingredients that make it a new flagship killer in the town. But will it able to challenge or overthrow OnePlus 3 to grab the throne? Let's find out. 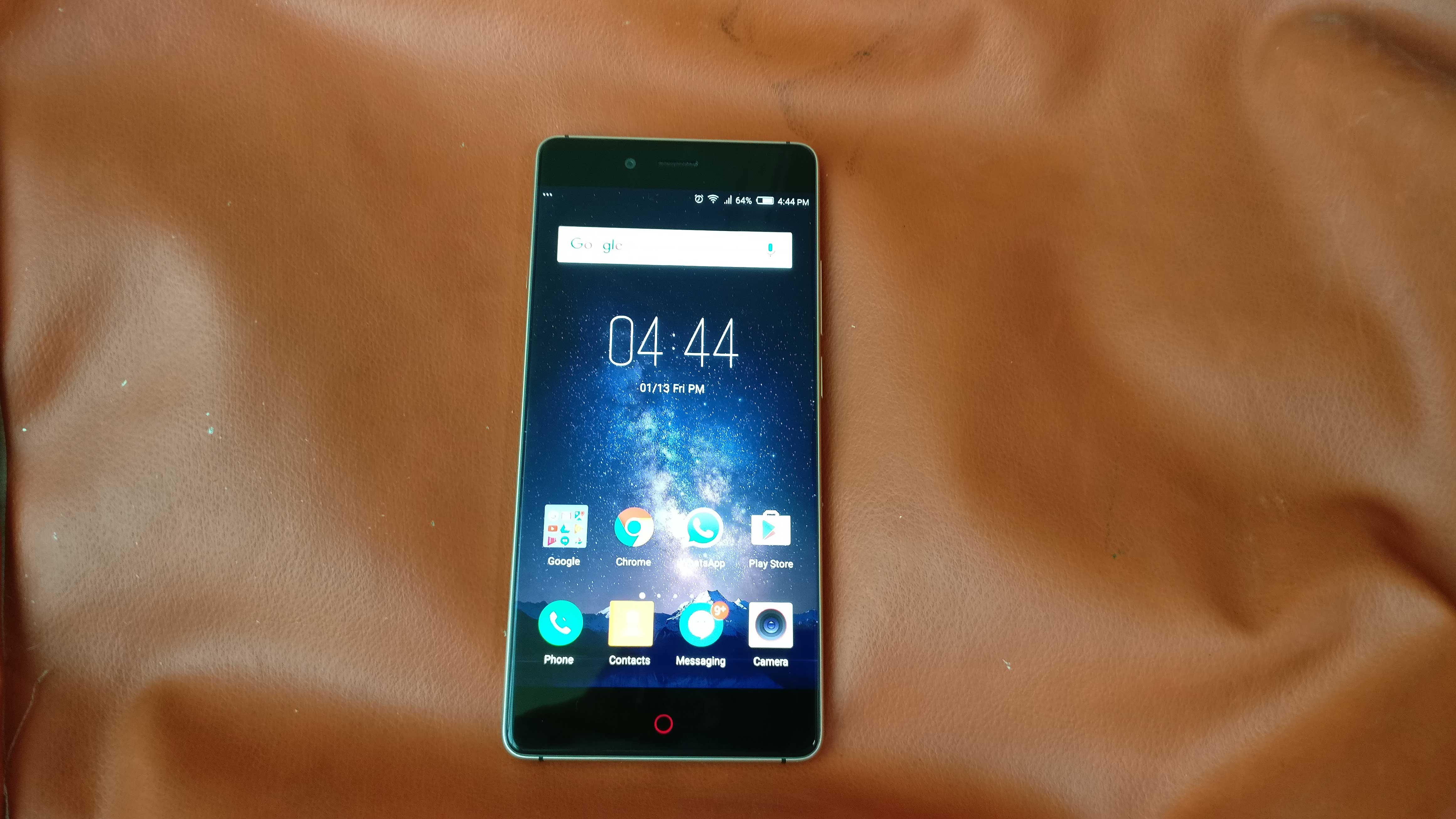 It’s a sad but true, that the design language opted by many smartphone manufacturers looks eerily similar. There are some devices which look so identical that if you remove the branding apart, it will be hard to judge the difference. In this era of following a similar design, Nubia Z11 comes as a breath of fresh air. The device, in my opinion, one of the most distinct looking devices present in the Indian market. Whether be it metal unibody design or the bezel-less display, the Z11 is as premium as the OnePlus 3 (or the 3T) when it comes to the design department. The company has launched the black edition only in India. The company has played with the gold and black combination in a very symmetrical way. The body comes in black, but the golden strip running around the edges gives a very premium look and feel in every true sense. The front comes with a bezel-less screen coupled with company’s now trademark red-coloured home and navigation buttons at the base. On the right, you will find power on/off and volume buttons, while left houses hybrid dual-SIM slot. At the top, there is an audio jack along with an IR blaster, while at the base there is USB Type-C port flanked between two speaker grilles out of which only one houses a speaker.

Coming to the back, you will see a perfect combination of black, gold and red. I really admire the gold accents used on the antenna bands, which runs across the top and bottom of the rear panel. The fingerprint sensor is emerged with the body colour and is surrounded by a golden ring. Then there is a red band that surrounds the rear camera gives a pretty decent look to the device. Overall, the device scores high marks in the design department, though I must remind you that the smartphone is a bit slippery, so it is advisable that you use a cover. 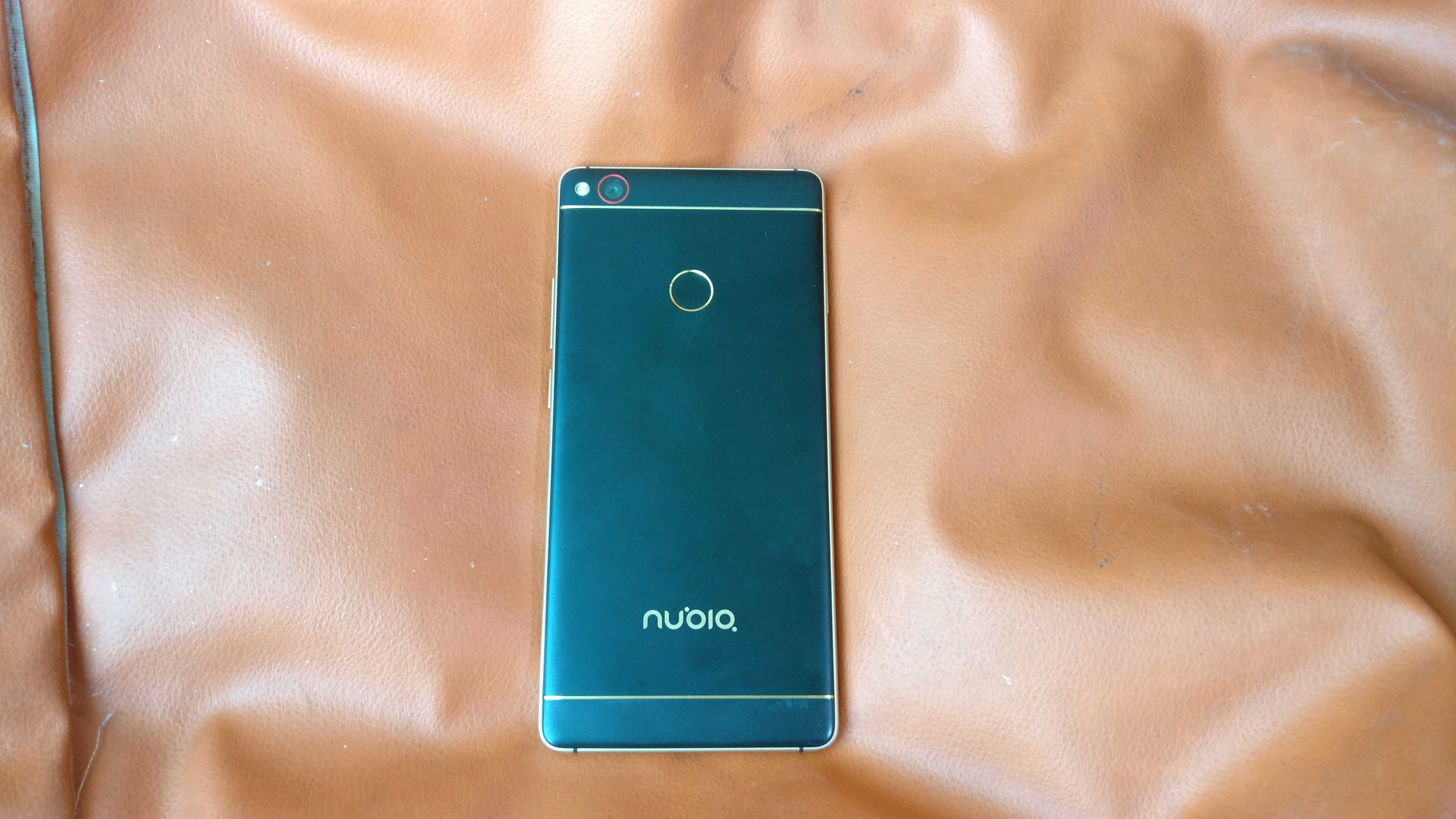 On the display front, the Z11 sports a 5.5-inch full HD display with a screen resolution of 1920x1080 pixels and this is protected with Corning Glass protection. The company has done a clever thing with the display. Nubia has added an aRC 2.0 bezel-less display that allows the Z11 to look thinner and lighter due to a significant reduction in thickness of the glass panel. The edge-to-edge display delivers a good colour output. The display offers wide viewing angles and is bright enough to read texts in broad sunlight. The edge-to-edge display has a downside as well. You might notice some distortions along the edges, especially if you are viewing the phone at an angle. But other than this, I was quite satisfied with the performance of the display. 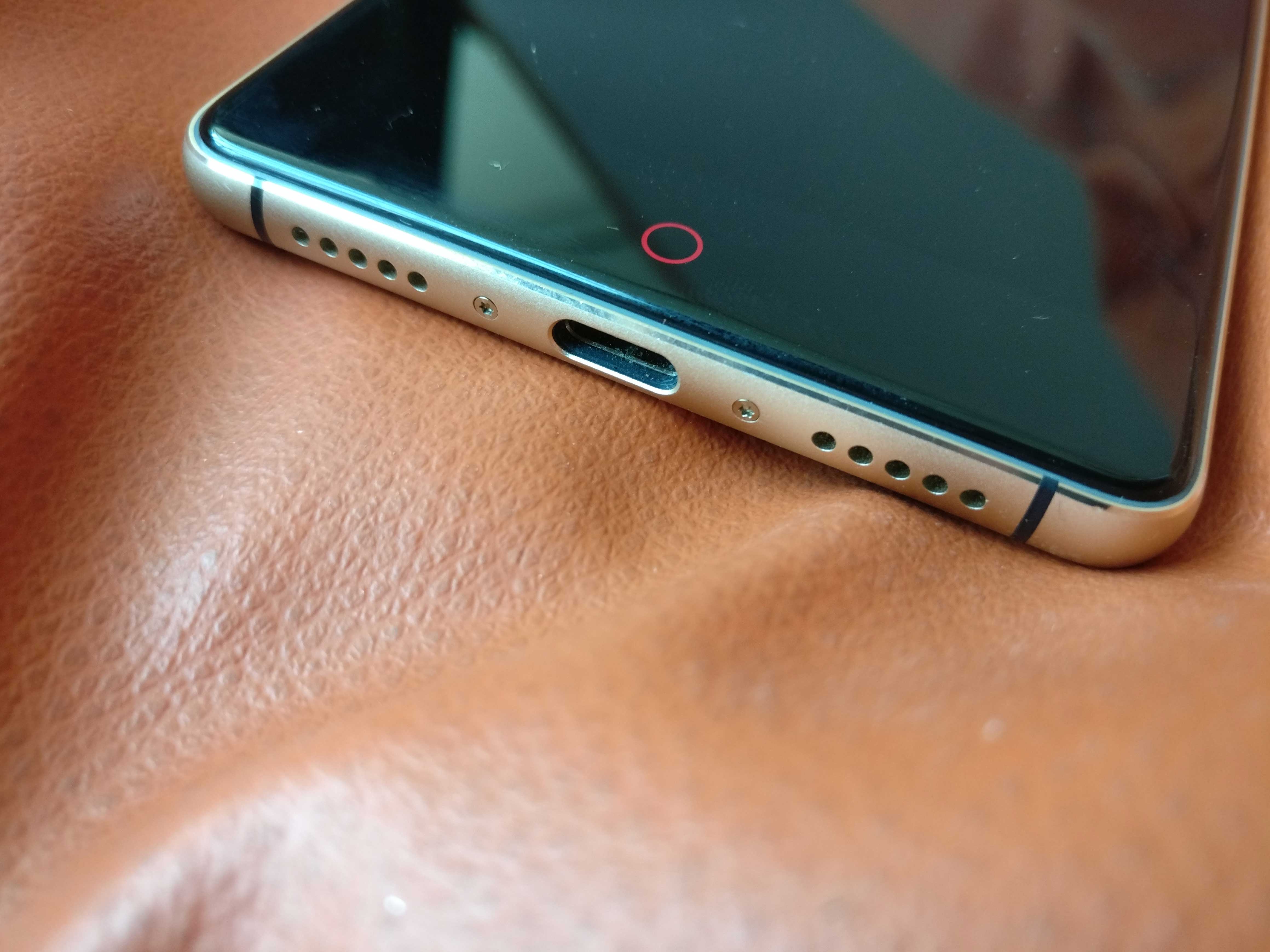 Moving on the hardware front, the device runs on the Qualcomm Snapdragon 820 processor along with Adreno 530 GPU. The phone is backed by 6GB of RAM and 64GB of internal storage, which can be further expanded up to 256GB via microSD card slot. On the connectivity front, the device support 4G LTE, Wi-Fi 802.11 a/b/g/n/ac, Bluetooth, GPS, and USB Type-C.

That said, the smartphone is able to justice with the top-notch hardware it is equipped with. It is able to handle all the tasks whether be it normal swiping between applications or multitasking without breaking a sweat, all thanks to a whopping 6GB of RAM. In terms of gaming, the Adreno 530 GPU allows you to play from normal to high graphical game smoothly and with minimal frame drops. I tried playing Asphalt 8: Airborne, Mortal Kombat X and Assassin Creed: Identity and was impressed with the performance of the device. The device does not overheat when pushed to its limit, which is a good sign.

The speaker output is also acceptable and but once turned up to the highest, you might feel some level of distortions. Other than this, phone calls made were of good quality and earpiece volume was respectable, but I particularly faced one odd problem. The signal dropped for a second and then comes back when I was using the device in 4G. This happened a lot of times during my testing period. 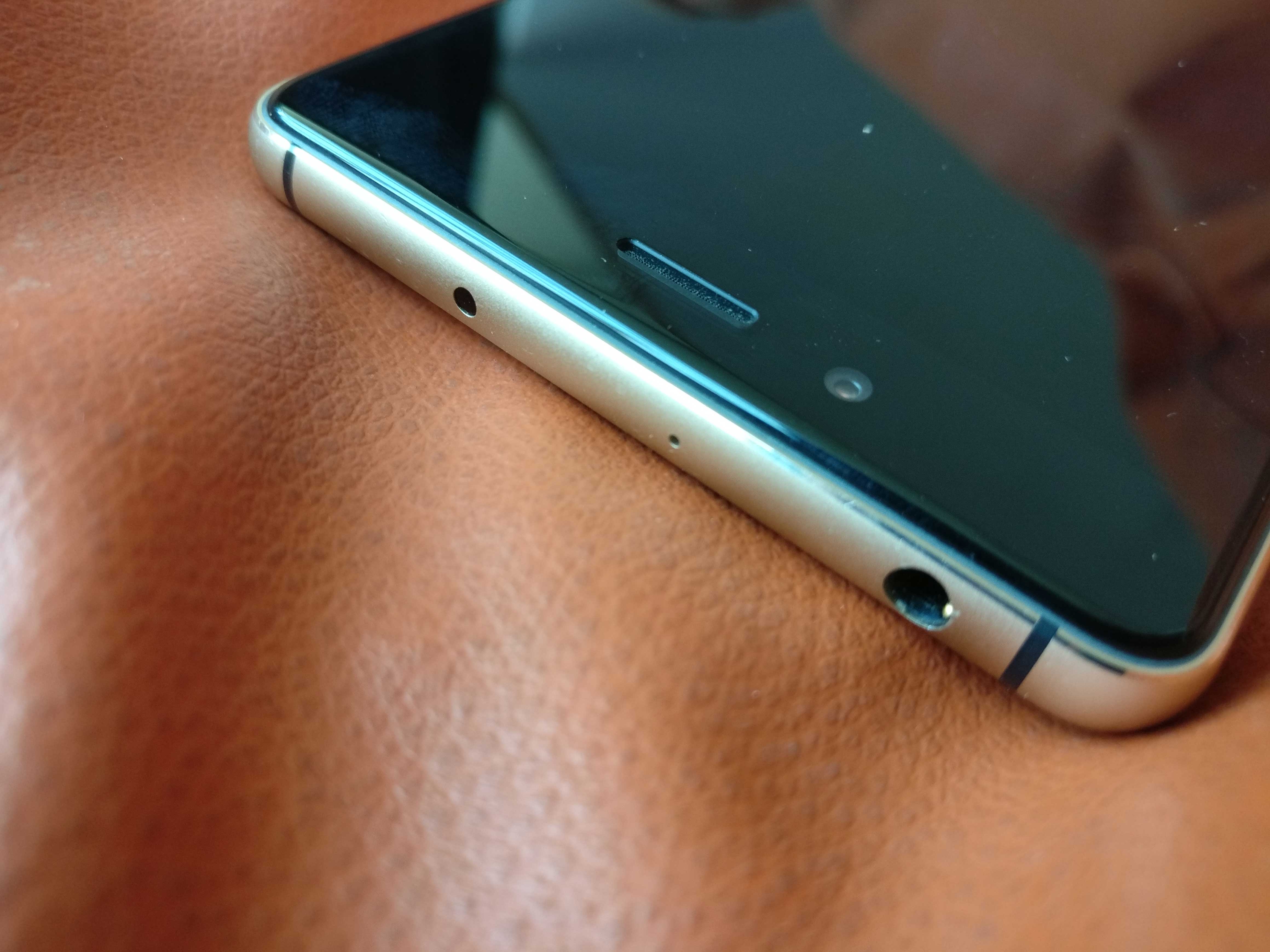 The smartphone sports a 16-megapixel rear camera with Sony's IMX298 sensor, OIS, phase detection autofocus, f/2.0 aperture and dual tone LED flash. For the front, there is an 8-megapixel camera with 1.4-micron pixels, f/2.4 aperture, and 80-degree wide-angle lens. Nubia is known for making some good camera phone and this is one is no exception. The camera is fast to focus and clicks some amazing photos in well-lit conditions. The macro shots taken from the camera is at par with the rest as one can see the amount of detailing it captures. The colours are mostly true to its source, though I found out that it was oversaturating some images.

In the low-lighting situation, the camera has its hits and misses. On one hand, it does click some good and detailed shots, but there some graininess and noises where there was no ample amount of light available. The camera UI is pretty clean and minimalistic, though some might find it identical to Apple’s camera app.  There are different modes in the Camera Family section including Multi Exposure, Light Painting, Electronic Aperture, Slow Shutter, Star Trail, Macro Camera, Clone to name a few. If this is not enough for you then there is also a dedicated pro mode which allows you manually control exposure, white balance, ISO and manual focus. The front-facing camera works fine and takes some sharp selfies and yes it does come with beautification mode, which in my opinion, is advisable to use in low settings. 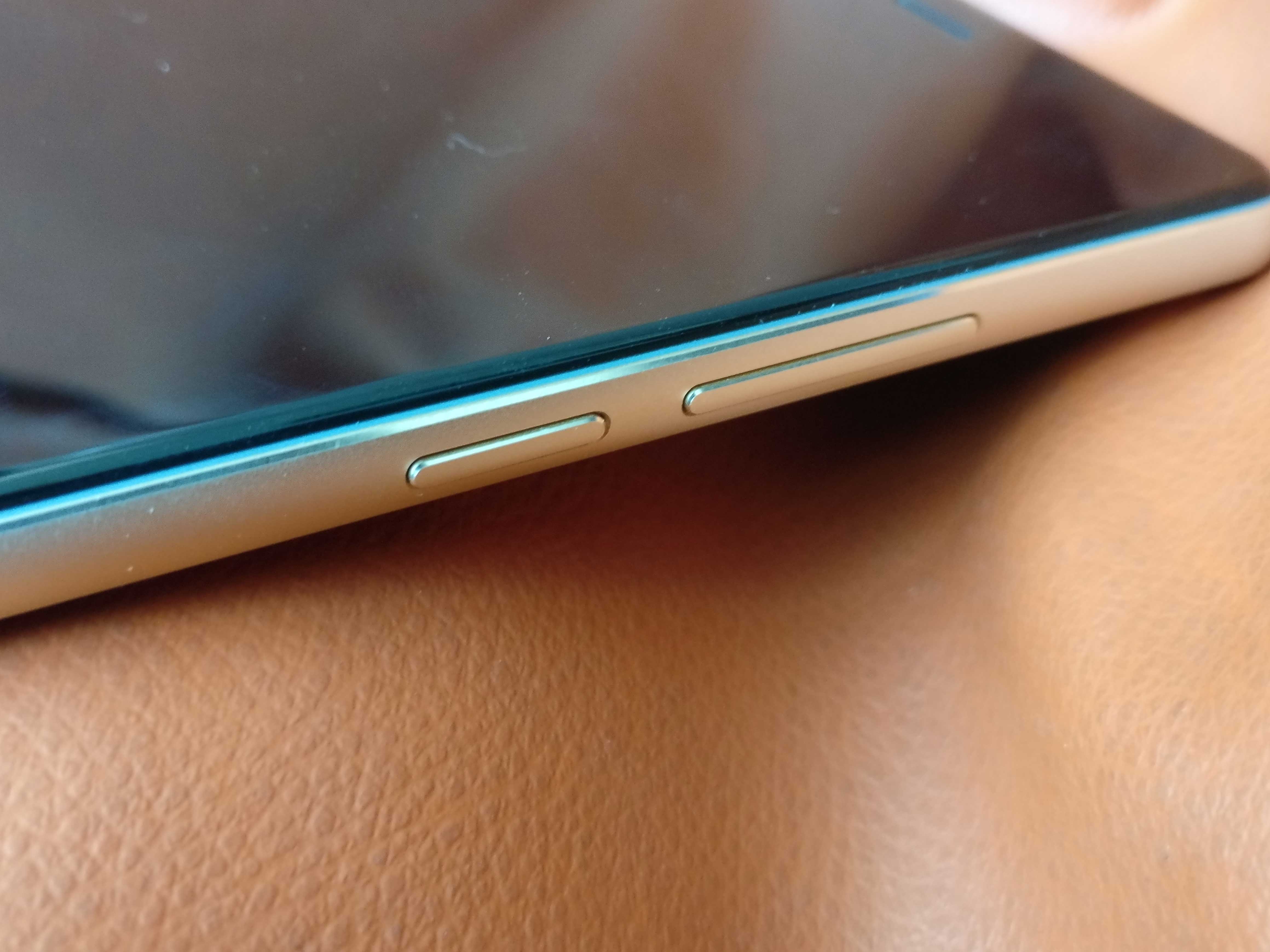 This is where it gets a bit messy. For starters, the Nubia Z11 runs on Android 6.0 Marshmallow with company’s Nubia UI 4.0 running on top of it. At a time, when its competitors have already rolled out the Nougat update, Nubia seems to have left behind. Though it comes with minimal bloatware, but I think that the software is not fully optimised for hardware. After using it for a while, the phone starts showing some occasional lags and is certainly slower as compared to the OnePlus 3. The most frustrating part about the software is, in order to access the recent menu tab, you have long press the back button. Every time I need to switch from one app to another, I need to first long press the Back button and then select the application, which takes a lot of efforts as compared to other phones I have reviewed. And there is more to it. Whenever you try to open any app from the lock screen, you swipe it right or left or double tap on it, enter the password and the application is opened, but this is not the case in this one. The UI freezes for a second and directly takes you to the home screen. I really feel that the software is in dire need of optimisation.

The company has tried to cover up with some edge-based gesture features. Hold the edge and swipe inward to quickly toggle between your desktop, swipe up and down from the edge to switch between apps, and swipe repeatedly from edges to kill background apps. Then swiping from both the edges will adjust the brightness and double-click the edge will take you back. Though the functions seem to be tempting but the implementation is poor. So for example, if I am reading a long post and scrolling down the page, all thanks to the edge-based gesture I am diverted to another app, which is not a good sign. And if this is not enough, if you have turned on the Super screenshot mode then all hell break loose. The moment you press the fingerprint sensor, it gets activated which is really frustrating at times. The device comes with a split-screen mode through which you simultaneously run two desktops at the same time. This is a handy feature as if you can check both Facebook and Twitter at the same time or use any other application for that instance. Overall, the company could have done a better job in the software department.

On the battery front, the smartphone is juiced up by a 3000mAh battery with Qualcomm Quick Charge 3.0. The device is able to deliver good battery life, it not great. Under normal usage which streaming music, playing games occasionally, social media, calls and messaging, the device are able to last a full day.

To sum up, the Nubia Z11 can be seen as a potential flagship-killer and does give a stiff competition to the OnePlus 3, but its software is the one reason of making it a ‘potential’ and not actual flagship-killer.