The Nokia XL comes with a 5 inch IPS LCD display but with the same 800x480 pixels resolution as found in X and X+.

Here we present to you our first impression of Nokia XL which is expected to be made available in India this month.

If you have been using an Android phones you will not associate any of the Android based smartphones from Nokia with them. They are totally different as they have heavily customised version of Google’s Android OS and are designed to give you look and feel of a Windows phone. 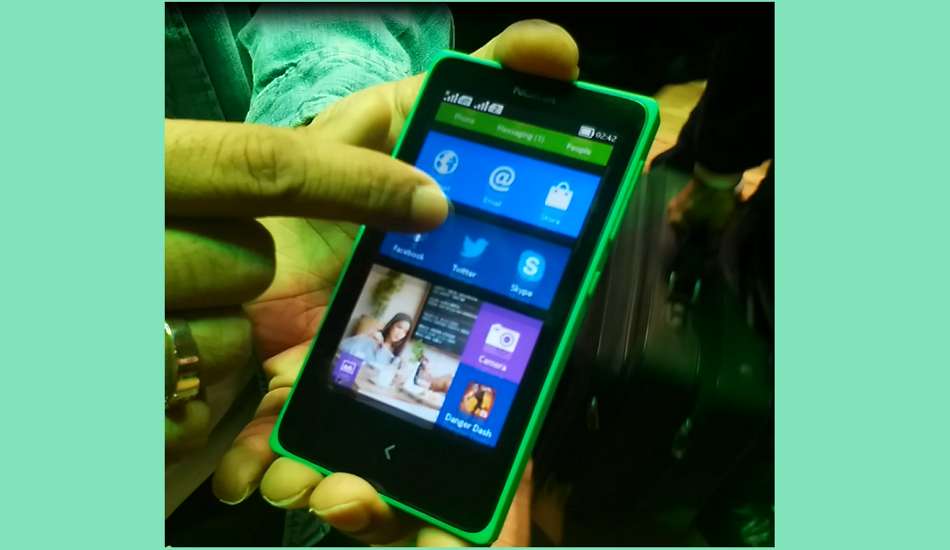 Nokia XL has bigger display screen as compared to the Nokia X and X+. The Nokia XL comes with a 5 inch IPS LCD display but with the same 800×480 pixels resolution as found in X and X+. On the camera front it has 5 megapixel auto focus camera and has a flash too. Also, it comes with a 2 megapixel front camera.

It has 1 GHz dual core Snapdragon 4 processor and 768 MB RAM. It measures 141.3 x 77.7 x 10.8mm and weighs 190 grams. Besides, it has a micro SD card slot and two SIM slots. Nokia XL comes with tile-based home screen like that of Windows Phone, Fastlane notifications Centre – a second Home screen if you like – from the latest Asha devices and notification bar like Android.

It is powered by a 1500 mAh battery and runs on Nokia X platform which is based on Android 4.1 operating system.

Nokia XL has matte-finish polycarbonate which can be removed to access dual SIM and micro SD card slots. It has just two physical buttons – power/lock button and volume rocker, which are on the right side panel. On the bottom panel one will find micro USB port while on the top there is a 3.5 mm jack. On the display panel there is a front camera on the top and one touch-sensitive button under the display which can be tapped to go back a step or held to return to the home screen. In the back panel one will find the 5 megapixel camera along with a flash. 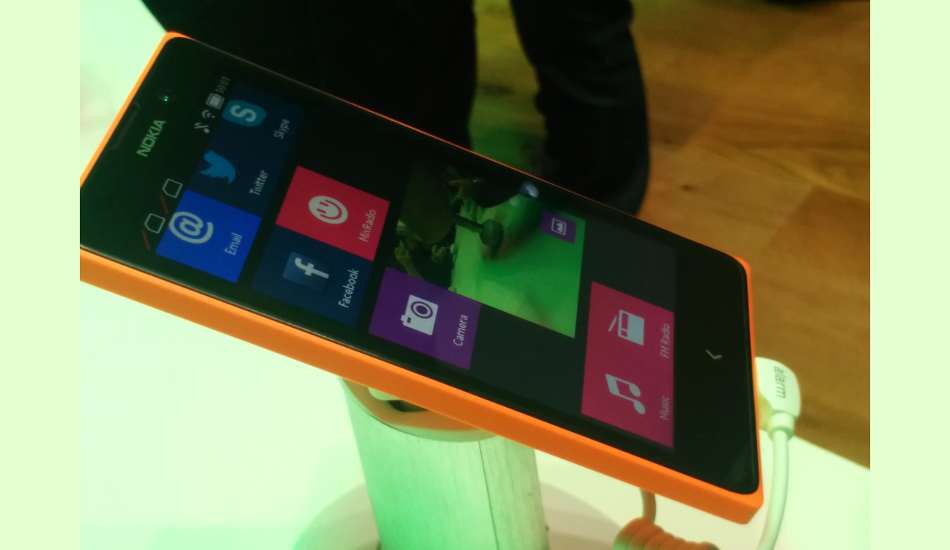 Nokia XL is a 5 inch phablet and people with small palm size make find it difficult to operate it with single hand. The back panels of both the phones are not scratch free but since they are body-colored all the way they can hide them nicely.

The 5 inch display of Nokia XL supports 480 x 800 resolution, which is quite low and misses out on detailing. However, it has an IPS panel which provides great viewing angles. The display is quite responsive to touch and even the colour saturation and contrast are good.

The user interface of Nokia XL is quite simple and first time users may not face an issue while navigating but one should not expect an Android like user interface on this phone except for notification bar which is in the form of pull down menu like other Android based phones.

Once you power on the device you will see the home screen which will have icons and widgets displayed as Live Tiles (single long-scrolling pane). One can move around and resize the tiles in three different sizes as per your liking. 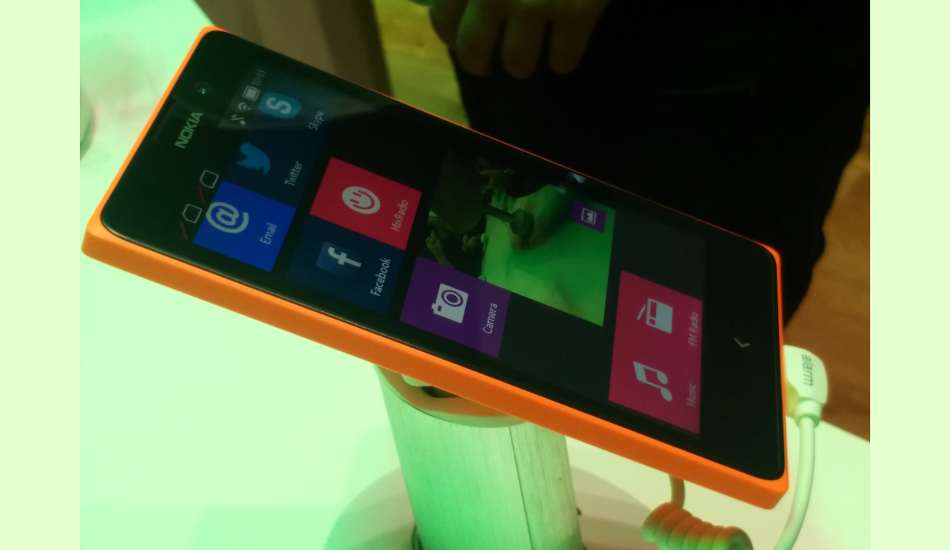 If you swipe the display from right to left you will find another screen which Nokia calls fastlane which list notifications, recent apps, updates and alerts. One will also find shortcut such as replying to a message, opening audio/ video player or returning the call in the Fastlane. It feature is very similar what is available in Asha phones.

Nokia XL has a 5-megapixel camera with auto focus lens along with flash. Picture quality of the snaps was quite good and one could find some amount of detailing.

Nokia XL is a smartphone that address the current demand for smartphones with 5 inch display screen and is meant for first time adopters of smartphones.