A nice, big screen device with a pocket friendly price tag to it.

After faster processors, bigger screens are the next big thing when it comes to smartphones and no we are not referring to 3.5 or 4 inch devices, we are talking about 5 inchers. For these devices, we can surely thank Samsung to a great extent for taking a giant step for mankind with its Galaxy Note device, following which there has been a greater acceptance for big screens. Today, we have devices with 5 inch displays from every big and small device maker in the country and abroad. Joining the kitty is Zync, which was earlier into making tablet devices, and with the Zync Cloud it has joined the Android smartphone game as well. 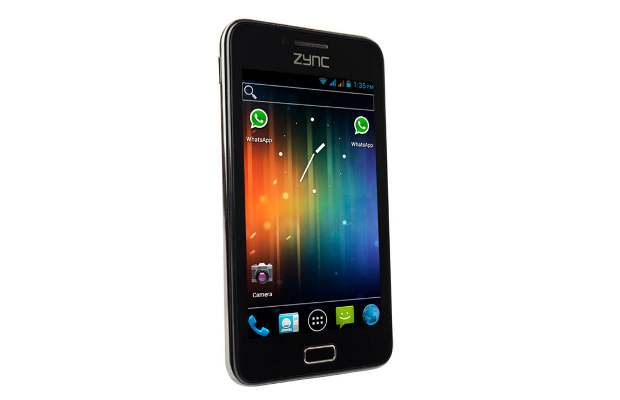 Zync cloud is a 5 inch display-based Android smartphone that comes with a pocket friendly price tag as well, but how well the device really is, let’s find out.

After a long time of seeing white coloured phones, manufacturers are again returning their attention to black and that is what the Zync Cloud also flaunts. The device is, to be honest, a look alike of the Samsung Galaxy Note of the older generation, but that is where the similarities end. Cloud has a flush glossy font with a single home key at the bottom centre. On the sides the Zync Cloud features chrome finish all around that looks good and adds to the device’s appeal as well. Its rear portion has a textured finish to it that is surely good thinking on the company’s part as it will allow the device to escape scratches and smudges easily.

Overall, the build quality of the device, if decent, is sturdy and it can handle accidental falls too. The protective plastic capacitive touch surface of the display will protect it from damage, but getting a scratch guard with the device would be advisable. Overall, we are quite happy with the way the Cloud is designed and with its build quality as well.

The display of the Zync Cloud is a 5 inch 480 x 800 pixel TFT LCD screen, which works great and has great contrast at lower brightness levels. But as the display brightness goes up its colour vibrancy goes for a toss and the display feels washed out. The maximum brightness supported by the display makes it a perfect device to be used even in bright sunlight. 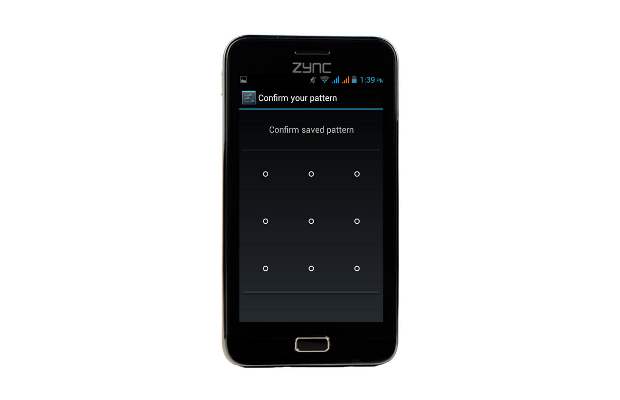 The colour reproduction and black levels are good and the picture quality offered by the display is sharp and vibrant, but only if the brightness is kept within its threshold.

The capacitive touch on the other hand is a breeze and is completely flawless to use. Be it gaming or web browsing the touch sensitivity of Zync Cloud is tweaked to perfection. Just a slight touch is required for most tasks and Fruit Ninja also goes on without any misses and delayed attacks.

The Zync Cloud uses a Mediatek 6575 chipset with a 1 GHz single core processor based on ARM A7 architecture and Power VR SGX 531 graphics engine. The processor is the third generation chip from Mediatek and is known for its battery saving and 3G connectivity.

The phone features 512 MB of RAM memory and 2.09 GB of internal storage, which works great for all applications. The storage can be further upped by 32 GB with the help of external micro SDHC data cards. Also included in the package is a 4 GB memory card. 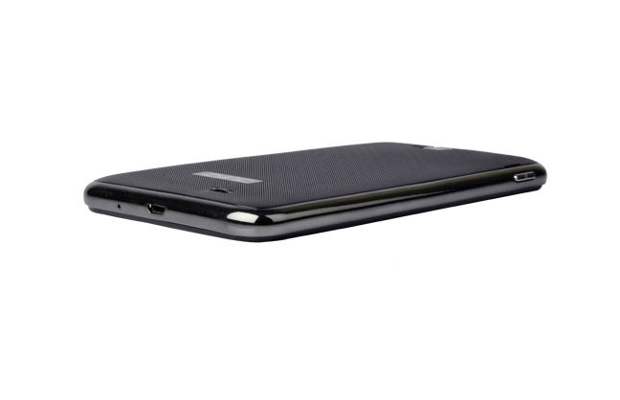 On the gaming front too the phone is capable of doing justice to most games, even some of the HD ones. But HD games seem to put the processor under a lot of strain and the device heats up quite fast.

With the hardware combination the Zync Cloud worked flawlessly, but too much multitasking with 3-4 applications running simultaneously made the device lose all its breath.

Powered by Android’s Ice Cream Sandwich operating system the Zync Cloud comes with the stock Holo theme with no user interface customisations from the manufacturer. To be honest, though, Google has spent months developing this and we personally find the user interface flawless, and that is what you get on the Zync Cloud too.

In terms of compatibility, most applications work easily and flawlessly on the smartphone, plus the 1 GHz processor and 512 MB RAM combo keeps performance in tune at all times.

What Zync has done for the Zync Cloud is that it has added a ton of Indian apps to the device, including entertainment apps, horoscope apps and many more to keep users entertained and informed at all times.

The Zync Cloud offers decent all round performance that makes it fun and easy to use this device. As mentioned earlier, when many applications are opened at the same time the device slows down a bit, but it’s okay for a budget device to show such signs. During the course of the review the device underwent a lot of application testing and stressing but the device never hung or froze. The 5 inch display is a major plus point of this device. Even its touch sensitivity is very accurate, and all the gestures are very accurately registered and translated by it.

The onscreen keypad is nicely designed and well spaced as well, although third party keyboards such as Swype and swift key are particularly good to use on a larger screen. 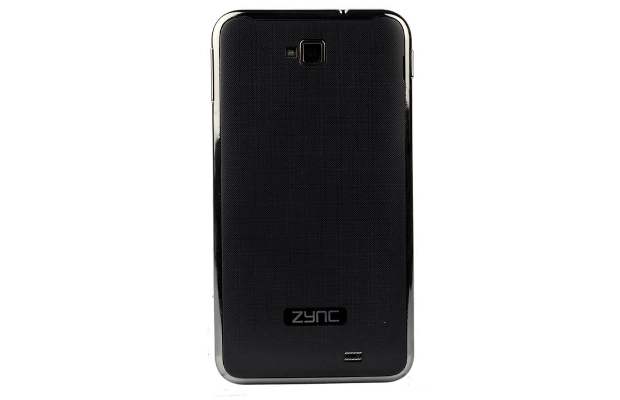 The call performance of this device is yet another of its plus points. Calls are received and made without any issue. The earpiece and loudspeaker volume is abundant and the microphone also makes sure the receiver gets to hear every word loud and clear. One issue is that the earpiece somehow feels a bit shallow and misses out on depth when it comes to voice reproduction. But once you get used to the way it sounds it is all well from that point onwards.

There is an 8 megapixel camera featured on the Zync Cloud, which is good and offers a great chance for users to go creative too. The camera features an autofocus lens, as opposed to a full focus lens offered by most budget devices, and it certainly adds to the image quality. Along with that the device can record high quality videos as well. The front features a 0.3 megapixel camera good enough for video calling and that’s about it.

The image quality of the camera is good for outdoors, but the indoor mode suffers due to lack of lighting, although sufficient light is provided by the LED flash and it is adequate for shooting close objects. Colours are captured nicely with details, and the 8 megapixel resolution gives unlimited possibilities for using the pictures.

On the multimedia front this device features support for all generic Android formats, plus like any other Android device there’s a plethora of applications available on Android marketplace, which is now called the Google Play store. The Loudspeaker, however, is a bit of a downer for the device. The sound is average, but it gets distorted at high levels.

While the device impresses on every front the price of the Zync Cloud is what will attract buyers the most. Zync Cloud is a stylish device to have and flaunt, and it offers decent performance as well. The device, with a 2500 mAh battery, offers up to 2 days of battery backup with moderate use of features, which is impressive overall for a device with a bigger display. But most importantly, the device scores on its price. At present it is available for around Rs 8,990 in retail markets and from the Zync website.

So if you are looking for a budget big screen device that has got the looks and the performance then the Zync Cloud is a good enough recommendation.

The company has also offered doorstep warranty for devices, and all you need to do is call customer care. If required, the company will get the device collected and then delivered back to you at its own expense.