On the specification front Xperia S is pretty good with a large 4.3 inch screen, 12 MP rear camera, Android Gingerbread, HDMI, and so forth.

Sony has been launching Xperia range of smartphones at regular interval and the first among those is Sony Xperia S. It is the first phone to have the Sony branding after Sony parted its way from Ericsson.

Carrying a price tag of Rs 32,500, the Sony Xperia S comes loaded with goodies such as a Mobile Bravia engine, a high resolution display, 32 GB of onboard memory, and it is also the official PlayStation certified smartphone after Sony Ericsson Xperia Play. 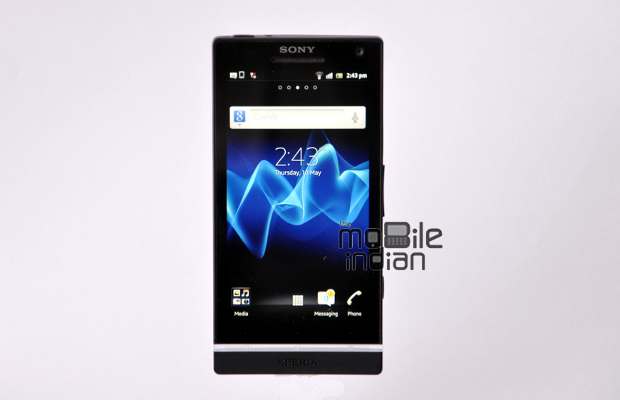 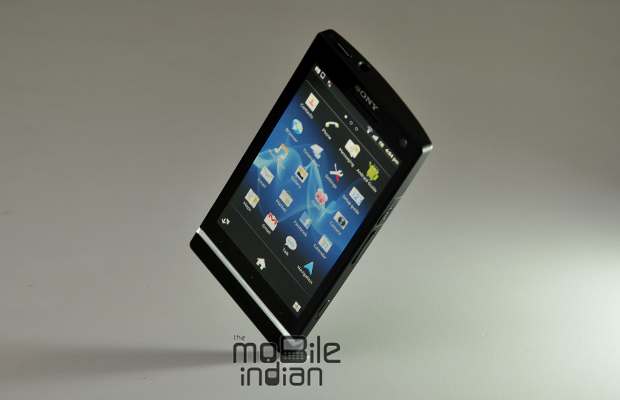 Here is a detailed account of how the device performed.

The display of the device at 4.3 inches is quite big and with its 720 x 1280 pixel resolution and 342 pixel per square inch density, it is fun viewing even the minutest details without zooming in. 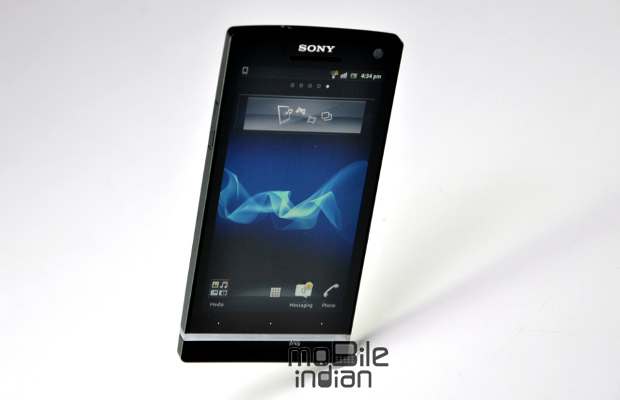 The design of the Xperia S is really cool especially the transparent strip in the bottom panel of the devices and the curved back panel. Its fits comfortably in the hand, thanks to its 128 x 64 x 10.6mm dimensions and 144 grams of weight. 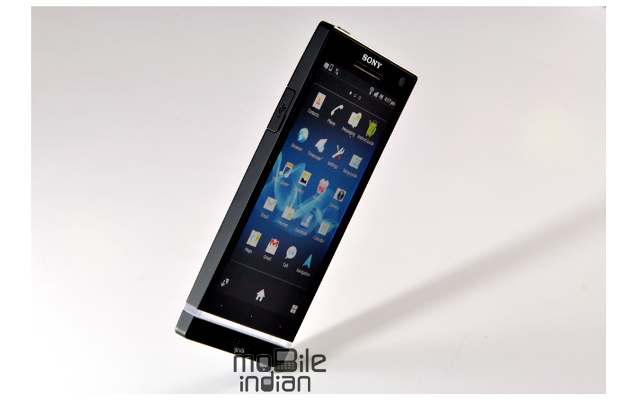 In the front, there is a 1.3 megapixel camera and the transparent strip in the bottom panel which doubles up as antenna. It also accommodates three capacitive touch keys based on the Android Ice Cream Sandwich design – home, return and menu buttons, which lights up when the phone is being used but to elicit a response from these buttons, one has to press just above them on the actual body of the screen. The buttons are quite responsive. 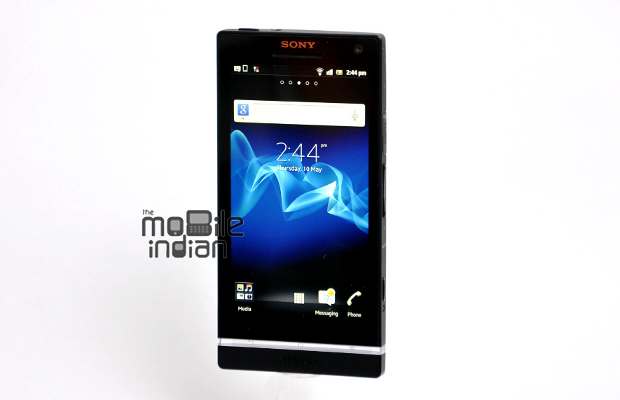 At the top, you’ll find a power button which doubles ups as an unlock button, and the 3.5 mm headphone jack. Whilst in the right hand side, you will find volume buttons, HDMI port along with a dedicated camera button. On the left side you will find the charging port. Both the charging and HDMI ports are covered by body coloured plastic cover. Body of Xperia S is made of plastic and looks good in black colour.

Sony Xperia S has 1 GB of RAM and 1.5 GHz dual-core processor to care of multiprocessing.

Xperia S is powered by a 1.5 GHz dual core Snapdragon MSM 8206 processor, featuring an Adreno 220 GPU coupled with 1 GB of RAM for faster performance. It comes with Android 2.3 Gingerbread which is disappointing since Android Ice Cream Sandwich is available and thus it should have come preloaded with the latest OS. But the good news is that an ungraded to ICS is round the corner. 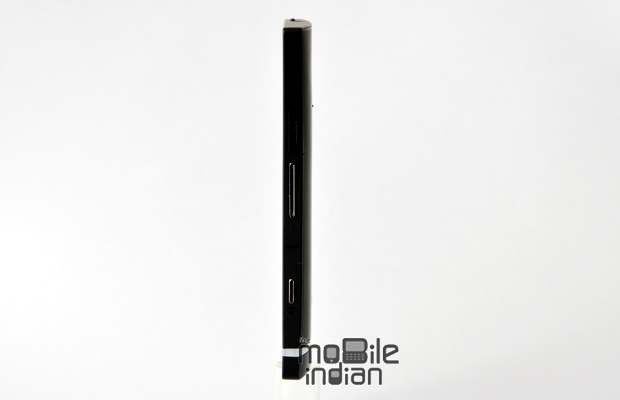 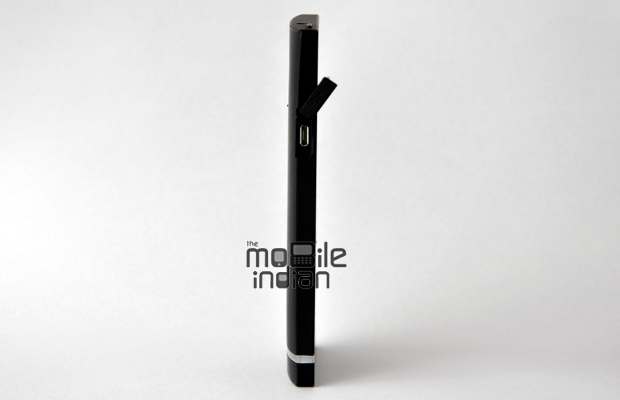 On top of Android 2.3, Sony has placed its own Timescape skin which has been a regular feature in Xperia handsets for a while. 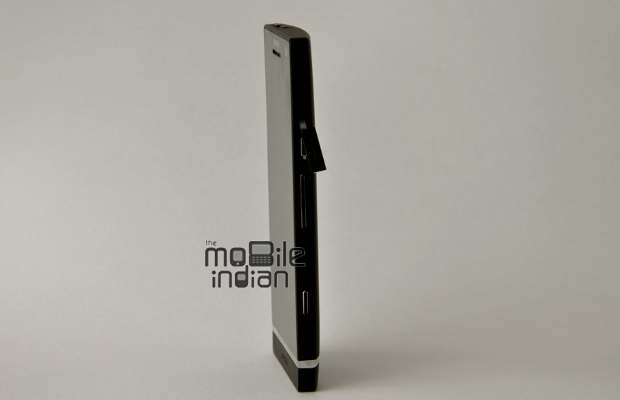 In Xperia S one gets five home screens but it lacks a pull down Android notification bar which has shortcuts to data services, WiFi, Bluetooth and GPS.

At a time when most of the smartphones are coming with 8 megapixel camera, we were really happy to see a 12 megapixel camera in Sony Xperia S and to top up it has a 1.3 megapixel front camera for video calling and taking self-portraits. The camera is supercharged for faster operations and takes just about a second to get ready for taking another shot after capturing an image in full 12 megapixel resolution. 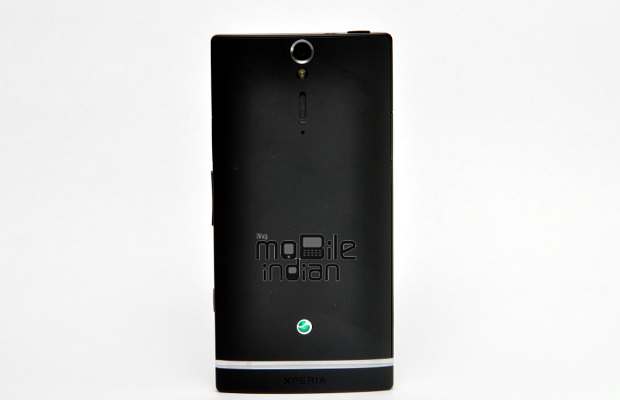 The picture quality of shots taken with Xperia S is amazing. They are clear, sharp and beautiful and the there was no compromise on the output when the pictures were transferred to a laptop. 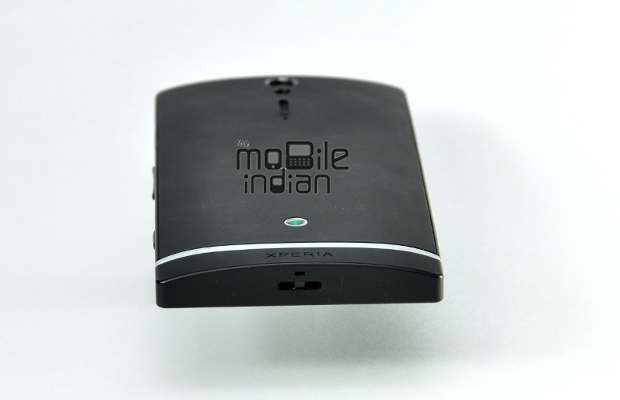 Phone’s camera performed well in dim lighting conditions and for portrait shots, LED flash delivered good results. Smile detection is a nice inclusion though we were we not happy with the results but we liked 3D imaging feature and result was pretty decent.

Even the video capabilities of the phone are nice; plus it reproduces the sound quite well. There are absolutely no issues with the audio output of Xperia S at all.

Xperia S has a 1750 mAh battery pack and we managed to get a full day of usage out of the Xperia S with limited usage but with hectic use, we had to recharge the phone mid way. 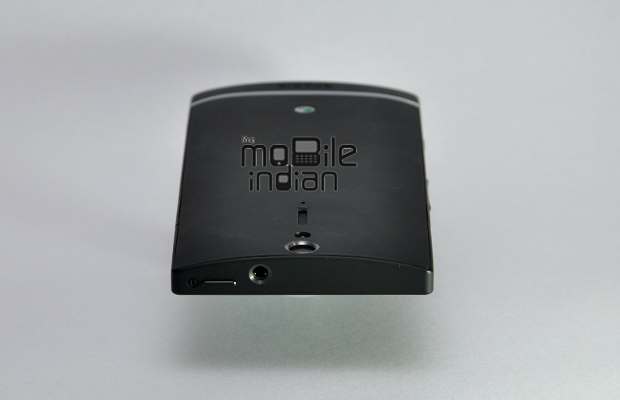 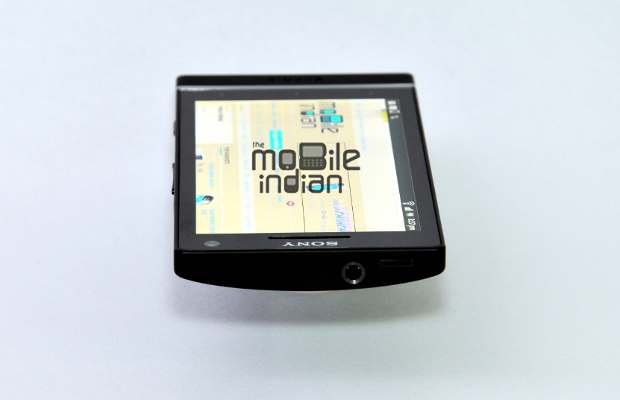 When it comes to connectivity, this phone has it all – WiFi, GPS , DLNA, HDMI, Bluetooth and NFC. The network connectivity over WiFi and service providers’ connection was really fast.

Sony Xperia S is a flagship product for Sony. It is a decent device to buy with amazing display and ease of use. The 1.5GHz dual-core processor is quite zippy and as a result of which one will not encounter any lag in the phone’s usage.

The 12 megapixel camera found on the rear of the Xperia S is really good and can give competition to the most smartphones like Galaxy 2 available in the market. 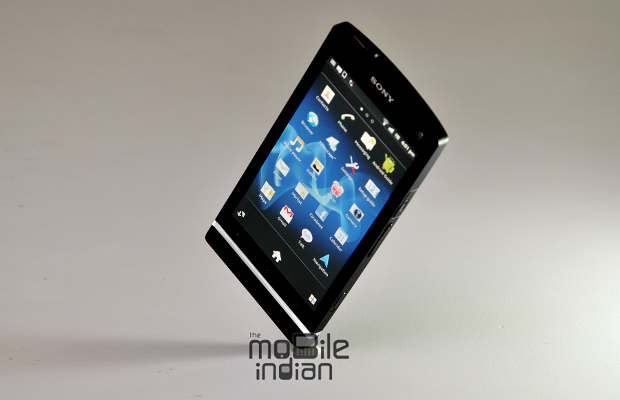