Budget price, budget performance as well with some nice features to flaunt.

Here is a detailed review of the LG Optimus L3 II.

LG has always been praised for its beautiful smartphones and the Optimus L3 II is not an aberration either. The smartphone has a flush font finish with no hardware keys; though, capacitive touch buttons are there just below the screen.

However, instead of three keys as found on most devices these days, the Optimus L3 II comes with four capacitive touchscreen keys. The additional key, on the extreme right, is the smart switch key allowing for faster switching between SIM or connections for messaging and calling.

On the sides the Optimus L3 II features a graphite black band, sandwiched between layers of glossy front and back panel. The device overall has a glossy finish that looks good and adds to the device’s appeal as well, but due to the glossy colour finish, it attracts a lot of fingerprints and smudges. The rear panel of the device has a darker shade of blue as opposed to the black colour finish adopted for the front of the LG Optimus L3 II. 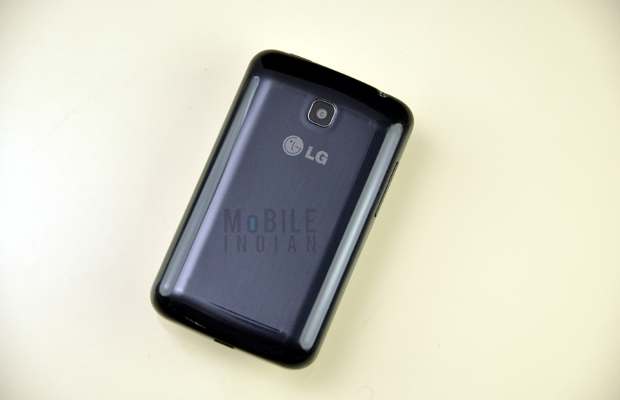 The handset is lightweight at 107 grams that includes a 1540 mAh battery pack. The topside placement of the power/standby key really makes it easy to use and easier for those who are migrating from feature phones or older Android devices. The left hand side houses the volume rocker which may make it a bit difficult for right handed users to control the volume, especially while on a call.

Overall, the build quality of Optimus L3 II is impressive; it’s sturdy and it can handle most careless of usage. The protective plastic capacitive touch surface on the display will protect it from damages but it is advisable to put a scratch guard on the display. The smaller size of the device actually is a boon in this case as it allows the display to be smaller and lot stronger to handle accidental falls and not be damaged during that. 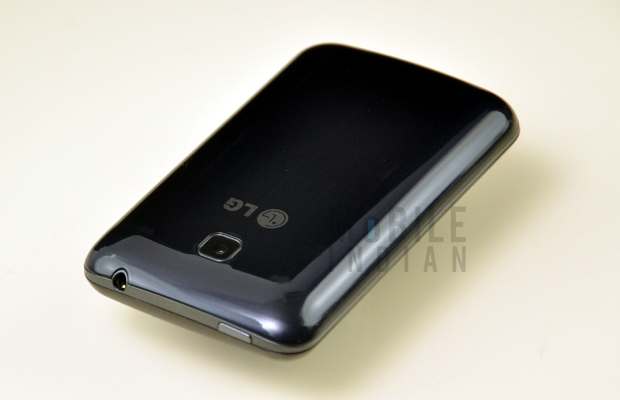 Its resolution on the other hand is a bit of a disappointment as it’s too low for a device of this price range. Thus images as well as videos look equally bad on the display. However, the display has good brightness level that makes it easy to be used even in bright light conditions as well.

On the other hand, the display of Optimus L3 II has good capacitive touch input that makes it easy to operate. It recognises 5 points of touch which makes the device great for action games and faster typing as well.

The LG Optimus L3 II utilises Qualcomm’s Snapdragon MSM 7225AB chipset which is based on the ARM Cortex platform. This processor is capable of reaching up to speeds of 1 GHz while offering a dedicated graphics processor as well. The chip offers all round decent performance that one would expect from a device within this price range. 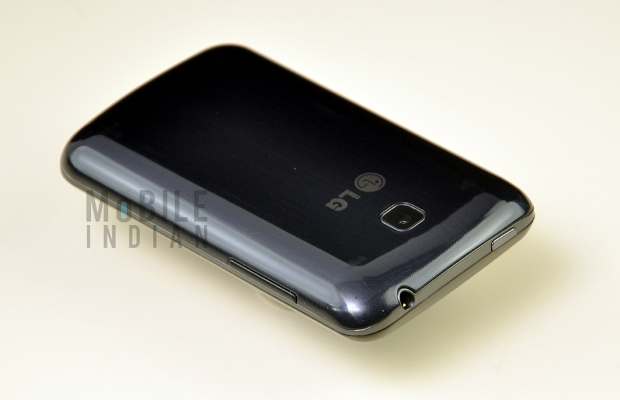 The phone has 512 MB RAM and 4 GB of internal storage which can be further expanded to up to 32 GB through a micro SDHC card. On gaming front also the phone is capable of doing justice to most games even but with the lower hardware requirements.

With the hardware combination the LG Optimus L3 II works well but too much multitasking makes the device slow.

Powered by Android’s Jelly Bean 4.1 operating system the LG Optimus L3 II comes with the LG Optimus 3.0 user interface. The device is very easy to use and it’s easier to get around. Sadly though the user interface is the stripped own version of the one featured on more powerful device and with low end specifications it’s as good as it gets.

During the course of the review, the device underwent a lot of application testing and stressing but device can get slower at times and it actually never froze, which is a good sign that the hardware although is of low end specifications is tuned well for offering hiccup free performance.

The device scored 5637 marks in Antutu benchmark putting the device up close to the Samsung Galaxy S but below the Kindle fire in terms of performance. On Quadrant benchmark, the device seems to be better than HTC Desire HD and slightly inferior to the LG Optimus 2X. 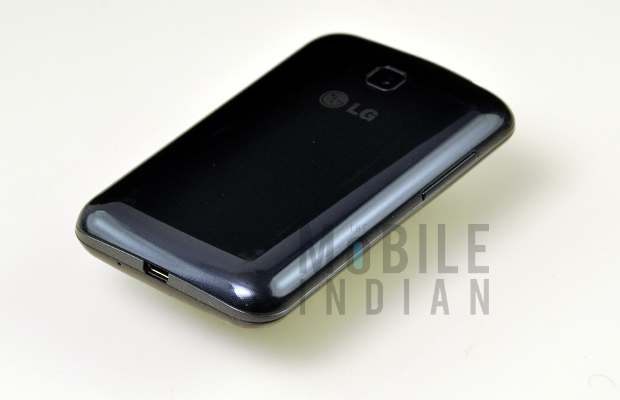 The call performance of this device is also another major plus point for the device. The calls are received and made without any issue. The earpiece and loudspeaker volume is abundant and the microphone also makes sure the receiver gets to hear every world loud and clear.

The Dual SIM connectivity on the device is great. The LG Optimus L3 II adopts the call forwarding feature that automatically forwards the call form SIM 2 to SIM 1 if the device is busy on SIM one so that the user gets a notification for the incoming call without missing out on it. Although the feature can cause additional expense but it is better than missing out on important calls.

There is a 3 megapixel fixed focus camera featured on the LG Optimus L3 II which is nothing good to talk about. The images captured are without any focus or sharpness and the lack of flash clearly is a big let down for the LG Optimus L3 II. Along with that the device can record VGA quality videos as well. The front misses out on a camera so there will be no video calling from this device. The image quality of the camera is good for the outdoor and indoor mode suffers due to lack of lighting and the lack of an onboard LED flash. 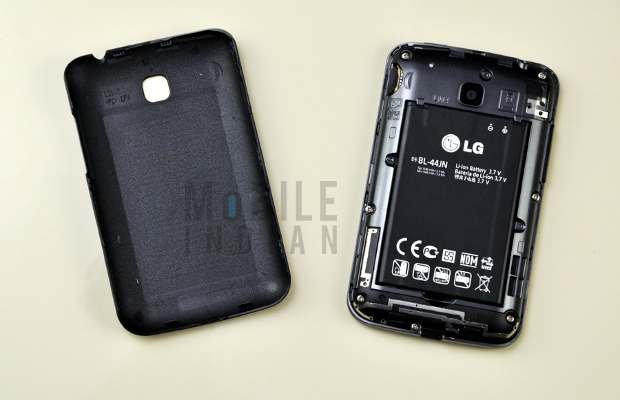 On multimedia front this device features support for all generic Android formats; anyway you can download an application from Google Play store to extend its multimedia capabilities. Its loudspeaker is a big plus for the device as it can create ample volume be it music, videos or calling.

Summing it all up, the LG Optimus L3 II is a good budget device that offers most features and hardware specifications and is as easy to use as well. The battery life on the LG Optimus L3 II is one of the plus points for the device and with its 1540 mAh battery the device manages up to 2 days of usage between charges, maybe a little longer for lighter users but it is great overall. 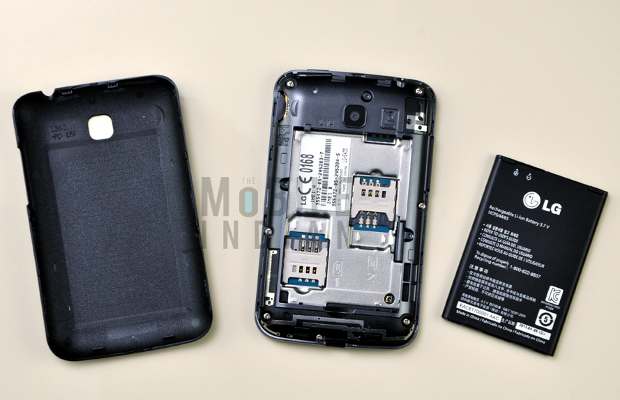 The build quality of the device is amazing; it is sturdy as well as lightweight. The camera however is a disappointment and a reason for reduction of overall score. So in a nutshell, LG Optimus L3 II is a good device for the price of Rs 8,800 provided you don’t like taking pictures but obviously the market price would be much lower.