The Vietnamese smartphone manufacturer, Mobiistar has today entered the Indian market with its first ever smartphone to rival the well established Chinese brands like Xiaomi, Oppo and Vivo. Dubbed as XQ Dual, it a selfie-centric smartphone launched at a price tag of Rs 7,999. It will be available on Flipkart starting from May 30. With this, the brand wants to make its presence felt in the budget segment. The million dollar question of course is, will Mobiistar cut it with Indian consumers? We got some time to spend with the device and here are our first impressions.

The Mobiistar features a very basic, standard and perhaps dated design language. Even as other smartphone manufacturers have adopted the new trend of 18:9 aspect ratio screen, the XQ Dual still sticks with a 16:9 ratio. At the front, It sports a 5.5-inch HD display and bears the screen resolution of 1920×1080 pixel. During our initial testing, we found out that the display is offering vivid colour outputs with great colours and contrast ratio. It also has good viewing angle, however, due to its reflective inadequacy, the screen shines a lot under the direct sun. 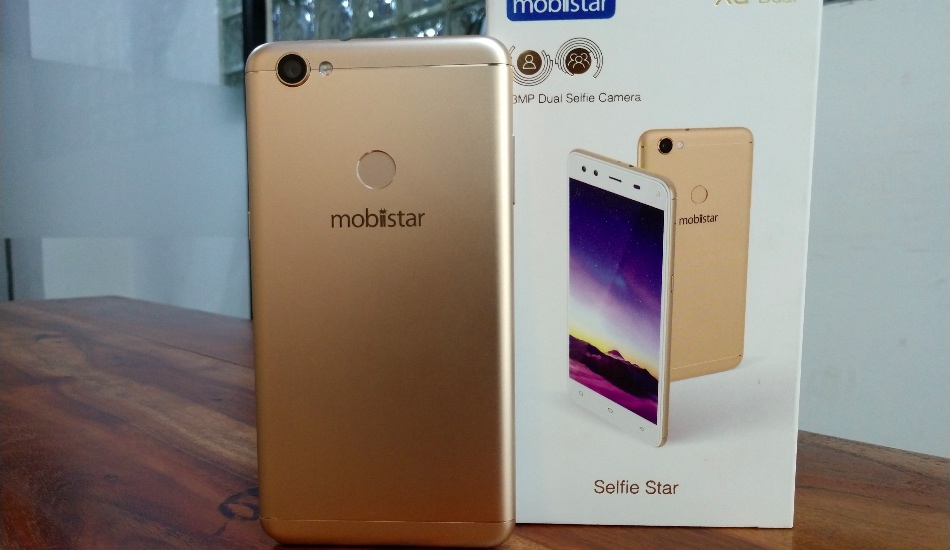 Moving back to the design, the XQ Dual comes with huge bezels above the display as well as at the bottom. The forehead has an earpiece, dual selfie camera setup and LED flash, while the chin houses the navigations buttons. Bottom of the phone gets two speaker grill, and the micro-USB port, while on top, one will find a headphone jack. Further, the weight of the device is a significant 160g which will probably be ‘felt’ when you hold it for a long time 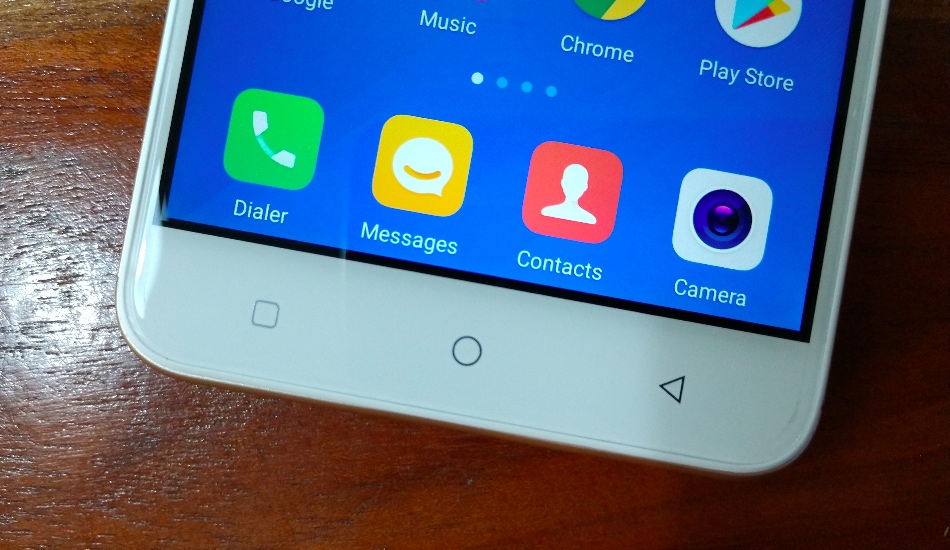 On the right, Mobiistar has the power button and Hybrid-SIM tray, while on the left, you get the volume rockers. The back houses a rear camera along with LED flash on the top left corner, however, the Mobiistar branding and the fingerprint sensor can be found slightly above the centre of the handset.

To begin with, the smartphone’s hardware configuration, powered by a previous generation Qualcomm Snapdragon 430 octa-core processor which is supported via Adreno 505 GPU. The phone is backed up by 3GB RAM and 32GB Internal Storage, which is further expandable up to 128GB using a microSD card. In terms of performance, it will be too early to make any statement, however, in our initial testing, the XQ Dual was easily able to switch between applications like Gmail, Maps, Youtube, and more. Further, stay tuned to The Mobile Indian for our detailed XQ Dual’s Review. 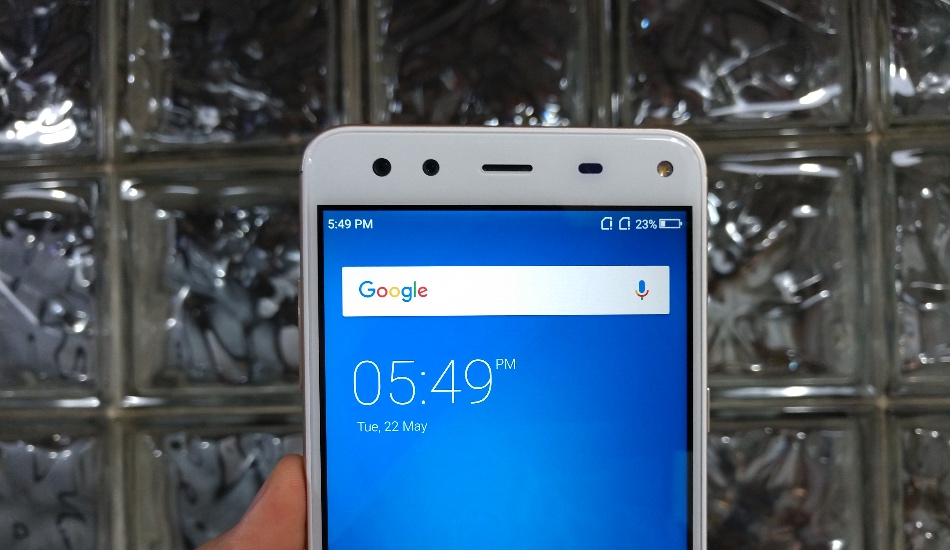 On the software front, we were disappointed to see that the device runs on an outdated Android 7.1.2 Nougat since other brands like Tecno and Infinix are offering Android 8.0 in their smartphones, which happens to fall in the same price category. Further, the device comes preloaded with the usual set of Google applications like Chrome, Gmail, Youtube and more.

The camera on the Mobiistar XQ Dual is the major highlight of the device, especially the selfie cameras. Making it clear that the phone targets the very young, the still young, and those still young at heart. At the front, the smartphone features a dual-camera setup of 13-megapixel + 8-megapixel. The former sensor is the device’s selfie camera which comes with an aperture of f/2.0, while later is a 120-degree wide-angle lens with an aperture of f/2.2. The wide-angle 8-megapixel allows the person to capture a big group of friends without using a selfie stick. 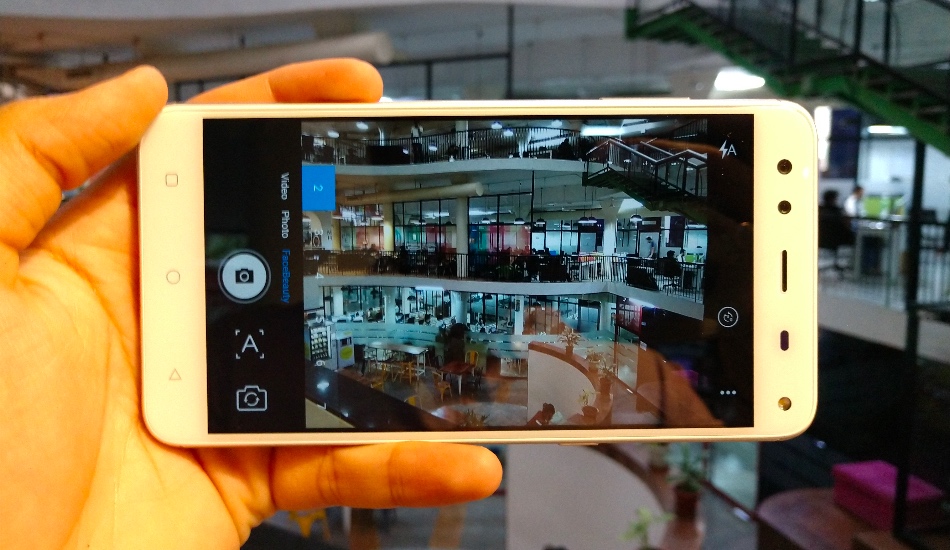 At the rear, the smartphone is equipped with a single sensor 13-megapixel camera setup with an aperture of f/2.0 and dual-tone LED Flash. Further, the user interface of the camera is really simple and hosts various features like Phase detection, autofocus, 7 level Face Beauty, Professional Mode, Camera Filter, HDR and Night mode.

The smartphone is backed up by 3000mAh Li-ion battery and promised to last for one whole day even through heavy usage. On the connectivity front, it supports 4G VoLTE, WiFi 802.11 b/g/n, Bluetooth 4.0, GPS, micro-USB port dual-SIM and microSD card.

To conclude, the Mobiistar XQ Dual will definitely remind you late 2016, when smartphones were equipped with a 16:9 ratio displays, Qualcomm Snapdragon 430 processor and Android Nougat operating system. The only factor due which the smartphone might remind you of 2018, is its dual camera setup at the front. As far as the competition is concerned, the phones will face a stiff competition with the Xiaomi Redmi 5, iVooMi i1s, Tecno Camon I and Infinix Hot S3.