Micromax, in a bid to counter the advance of Motorola Moto E - the first sub-Rs 10,000 phone to be launched with the latest Android KitKat version, has launched not one but three smartphones with the latest OS, namely - Canvas Engage, Canvas Unite 2, and Canvas A105. 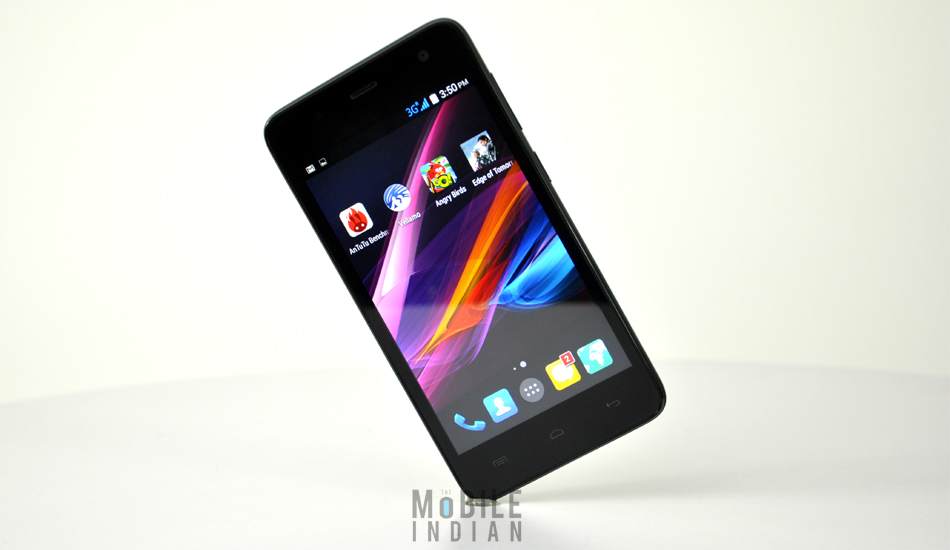 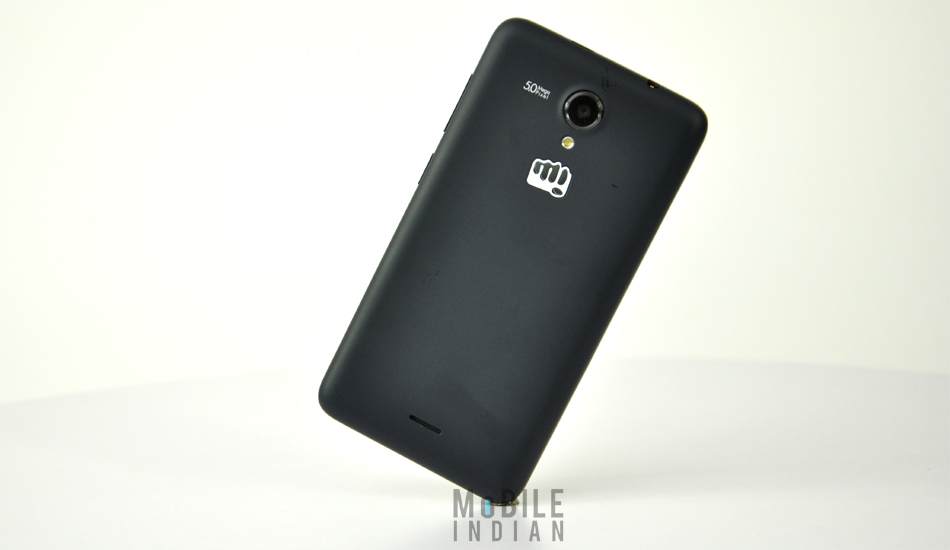 The Mobile Indian got its hands on the Unite 2, the best among the three and at Rs 6,999, it is the chief rival of the Motorola Moto E. Here is an extensive account of its features and performance.

The Micromax Canvas Unite 2 is a much better handset than its competitors when it comes to design. First of all, it has a rubberised finish rear panel which is gently curved towards the edges. The smooth finish and curved edges provide an ultimate grip. 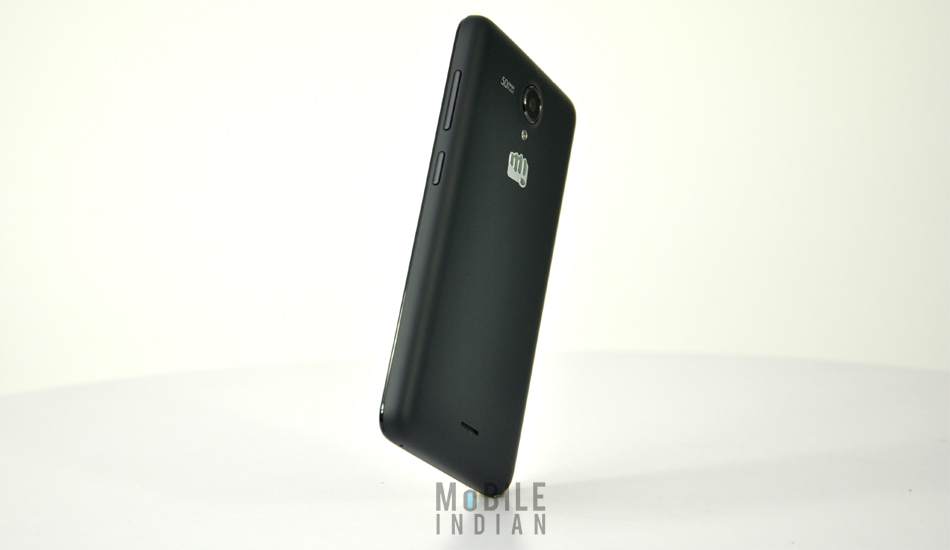 The Unite 2 comes in white colour as well but we will recommend the black version which looks absolutely gorgeous and classy notwithstanding its price tag. A shining Micromax logo at the back further adds to its charm. The volume rocker and power button are placed closely, but with enough gap in between, in the right hand side while the 3.5 mm jack and the micro USB ports are at the top.

There is nothing more one could have asked from such an affordable handset and hence full marks should be given to the company.

Micromax Canvas Unite 2 features a 4.7 inch display with 480x800 pixels resolution against the 4.3 inch qHD touchscreen of Moto E. The lack of resolution does pinch a bit especially while playing high end games but the problem eases a bit at highest brightness. The display does not have protection of scratch resistant glass as Moto E and hence you have to use a screen cover on top of this. The screen is also a fingerprint magnet. 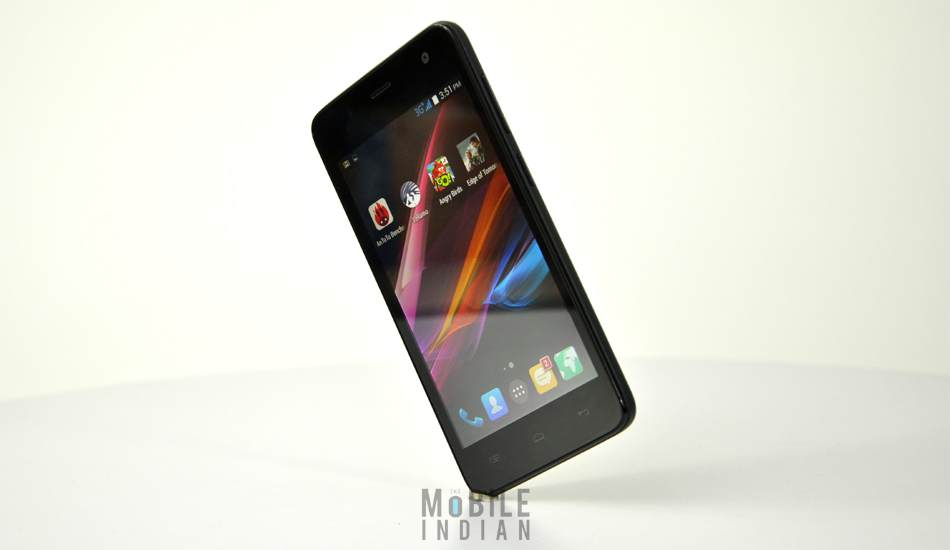 Earlier, we would have not been critical of such a display considering the price but now in the post-Moto E era, that would not be appreciable.

The Micromax Unite 2 has a 5 megapixel auto focus rear camera. There is an LED flash in the back too. There is a 2 megapixel camera in its front as well. It has HDR, panorama, Live Photo mode (to capture videos and images simultaneously), and Beauty face. 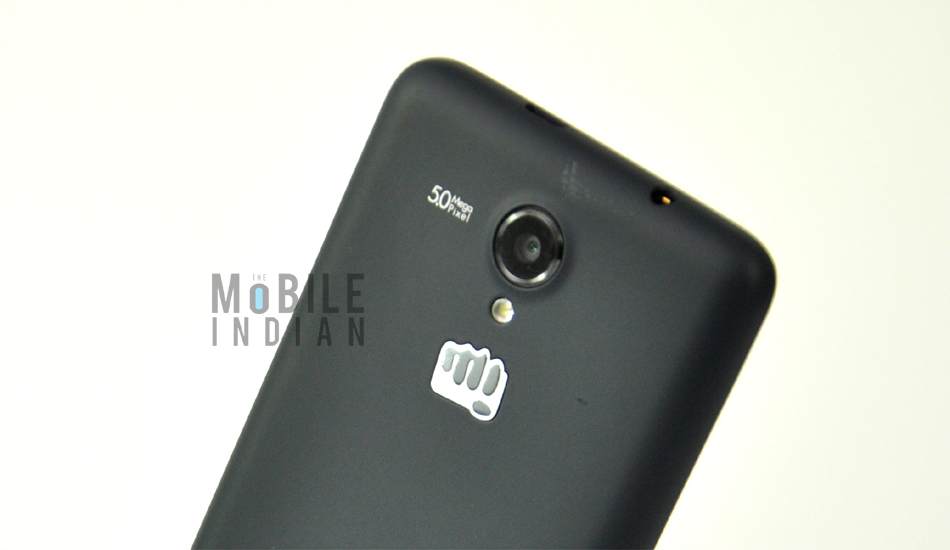 As far the camera quality goes, both the front as well as rear camera impressed us with their output. The front camera is one of the best I have seen in this segment. Not only the front camera has wide angle but it manages to click noiseless pictures with accurate colours. The rear camera too manages to capture colours nicely. It is good in both low as well as strong light. The camera though takes time to focus but once done, it manages to capture the details intended.

The Unite 2 has HDR and Panorama modes as well. It can capture high definition videos too. It has the normal Android camera app. The editing tools have not much to talk about but since it has Google Play store access, you can always download a special image editing tool.

The Unite 2 has 4 GB internal storage and a micro SD card slot that can accommodate a micro SD card of up to 32 GB. Of the 4 GB internal memory, 1.67 GB is available for the users while 0.89 GB is available as phone storage. This is becoming the default storage facility in most devices under Rs 10,000. Considering that the Unite 2 is priced at just Rs 6,999, we don't have any grudge on its average internal memory. 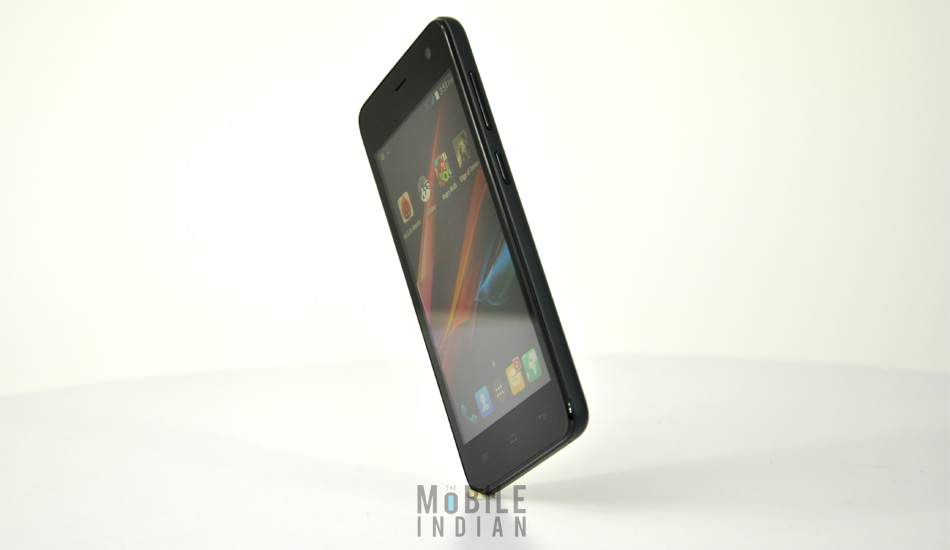 For connectivity too, it looks like most of its competitors. It has two SIM slots of which one supports 3G connectivity. Besides, it has Bluetooth 4.0, WiFi, 3.5 mm jack and a micro USB port. It also has WiFi Direct and WiFi Hotspot features too. There is GPS for navigation too.

During the whole review, the handset did not encounter any issues vis-a-vis calling or internet connectivity, either via WiFi or 3G.

The Micromax Canvas Unite 2 is armed with the 1.3 Ghz Mediatek MT6582M quad core processor. This is assisted by 1 GB RAM and Mali 400MP2 GPU. 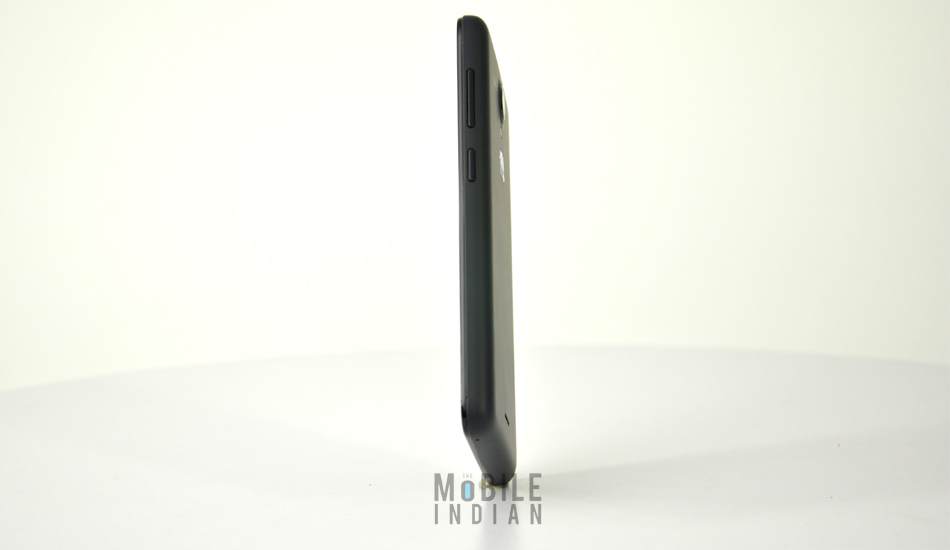 Keeping view of the high benchmarking scores, I put it to some strenuous stress. The phone managed to run regular apps quite easily. It also managed to run games like Angry Birds Go, Godzilla Strike Zone, and Edge of tomorrow - all high end games - quite easily but once in a while it showed some lags, especially while playing games. Also, the phone gets heated quite quickly.

For a handset priced at Rs 6,999, it is definitely appreciable.

The Micromax Canvas Unite 2 has a 2000 mAh battery. Micromax itself claims 8 hours of talktime and 190 hours of standby which is quite average, neither bad nor good.

In our case, the phone managed to hold provide about 12 hours of talktime with single SIM and medium to light usage. With dual SIM, it gives around 5-6 hours of talktime on medium usage. To be specific, it offers about 3.5 hours of YouTube video browsing, about 1.5 hours of gaming, and about three hours of video playback.

This is the much publicised aspect of the Canvas Unite 2 but it isn't the best as we expected. First of all, the language support only comes in the SMS part and it isn't available for the phone in general. This means that if you want to see the app icons in your own language, you can't. Only during SMSing, you can choose from the 21 Indian languages. Ofcourse, like many Android handsets it supports few Indian languages (system wide) like Hindi. In contrast, many mid and high end Samsung devices come with support for various Indian languages. 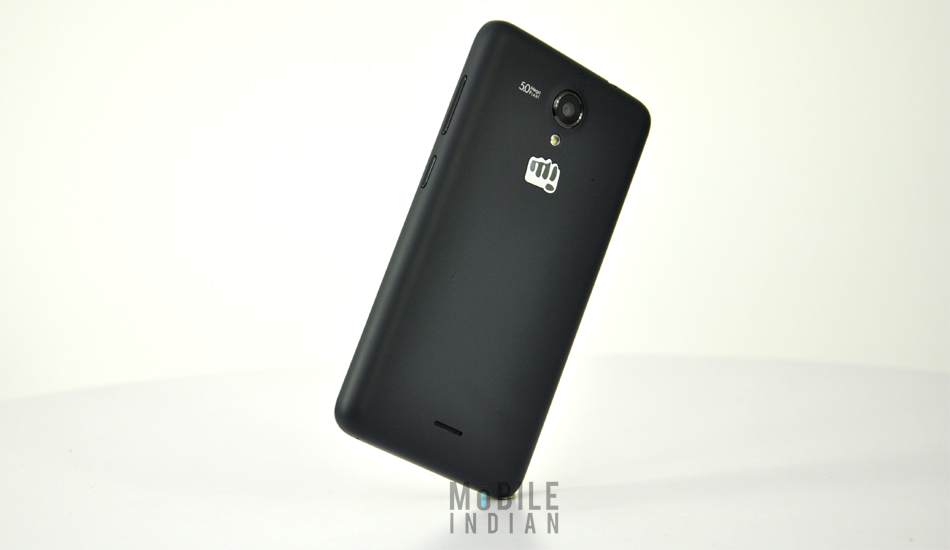 But anyway, the 21 language support would definitely help you send messages in your own language. I tried the Oriya language support and though there were few missing letters, it was a fun experience. But an issue here is if the recipient does not have support for that language in his phone, then he/she will not be able to see the messages at all.

For long the sub-Rs 6,000 segment have been neglected and thus the arrival of Micromax Canvas Unite 2 is certainly welcome. The Unite 2 is perhaps the best offering of Micromax at present in this price range. It impresses with its design and performance. Quality of camera and battery output is satisfactory as well (we do not expect a much better performance from Moto E in these areas). But if you want to buy it for the language support, then don't; it is far from satisfactory. Its display is good but has less resolution then Moto E's. Besides, the display does not have Gorilla Glass protection as Moto E -its chief rival. But in the absence of Motorola Moto E (both from Flipkart's shelve and from our review column), the Micromax Canvas Unite 2 is definitely the top contender for the No 1 post in the sub-Rs 7,000 segment.