Micromax Canvas Infinity Review: Will it be the game-changer? 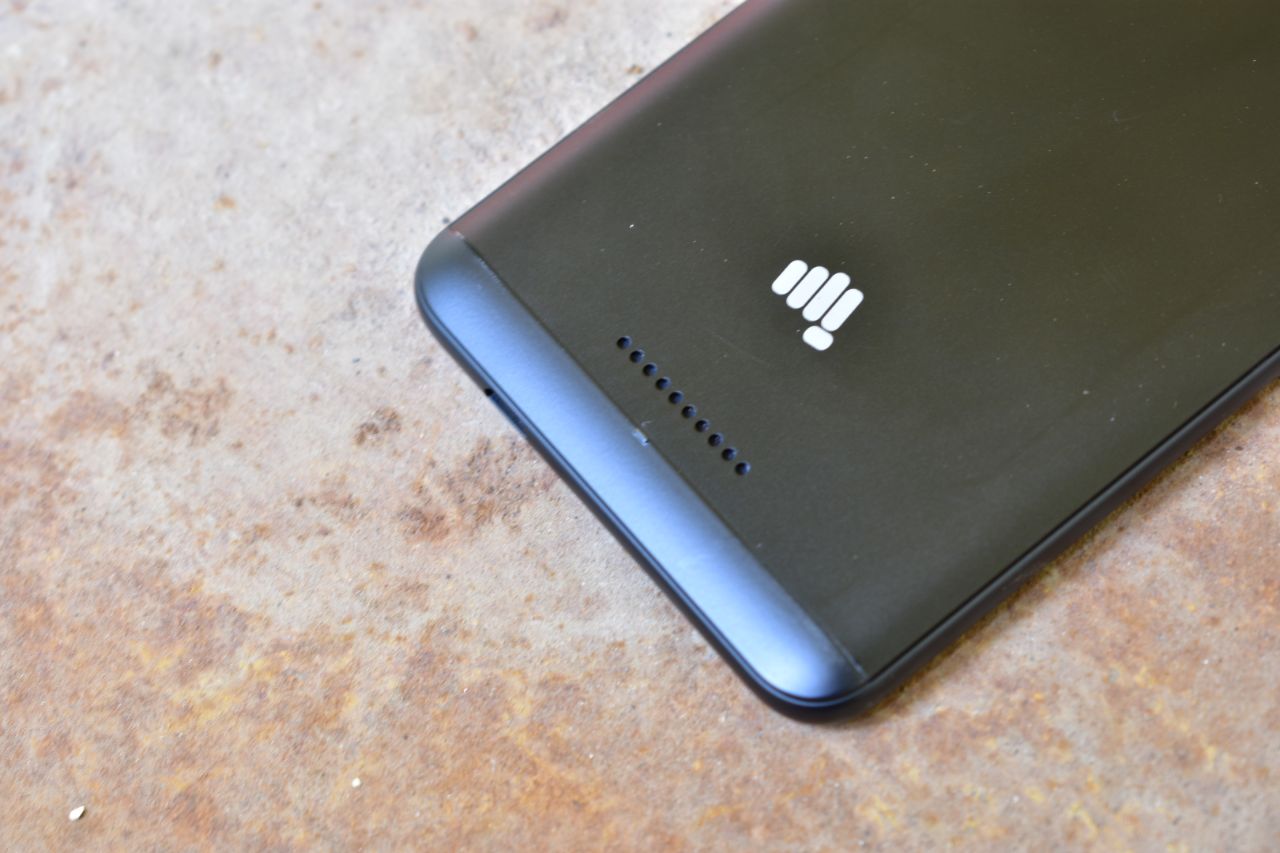 Does this new aspect ratio and Full Vision display along with some decent specifications, will change the fortune of Micromax or it will cost one? Let’s find out.

Micromax made a slew of headlines when it launched the Canvas Infinity smartphone in India. Priced at Rs 9,999, the phone is the cheapest smartphone in the country that sports an aspect ratio of 18:9. The aspect ratio is picking up some trend in the market, though it is limited to flagship phones from LG and Samsung.

So, does this new aspect ratio and Full Vision display along with some decent specifications, will change the fortune of Micromax, or it will cost one? Let’s find out.

The first thing you will notice about the device is its sheer compact form factor. We quite liked the design of the Canvas Infinity as it looks different from other smartphones available at the price point. This is primarily because of the new aspect ratio, which covers the majority part of the screen making it look very eye-catchy. To put in more simple terms, the company has added a 5.7-inch display in a 5.3-inch smartphone, which is again a welcome move. However, some might feel that the device looks a tad similar to the LG G6, especially from the front, but more because of the new aspect ratio. 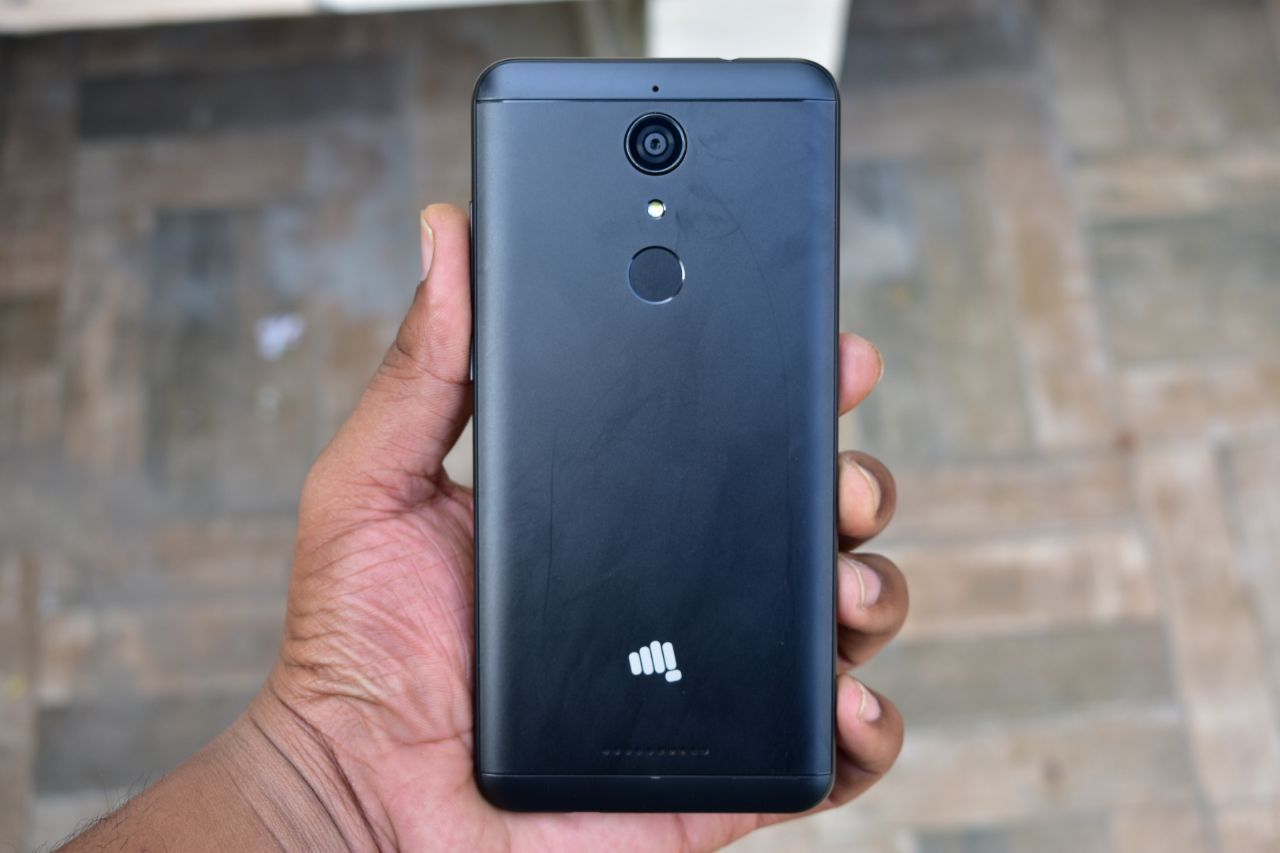 The back panel, which is removable, is made of aluminium. This adds some strength and gives a premium feel to the device, though the construction looks eerily similar to the Xiaomi Redmi Note 4. The fingerprint sensor is placed on the back panel, which is quite fast for unlocking the device. But overall, if you ask us then the compact form factor of the Micromax Canvas Infinity gives pretty futuristic looks, especially, if you consider this price point.

Moving on to the main highlight of the smartphone, the Full Vision display. The Canvas Infinity comes loaded with a 5.7-inch HD IPS display. Unlike other HD screen resolutions that sport a resolution of 1280 x 720 pixel, this one comes with 1440 x 720 pixels and boasts an aspect ratio of 18:9. The display is sharp as compared to other 720p screens available in the market and it is bright enough for using it outdoors. 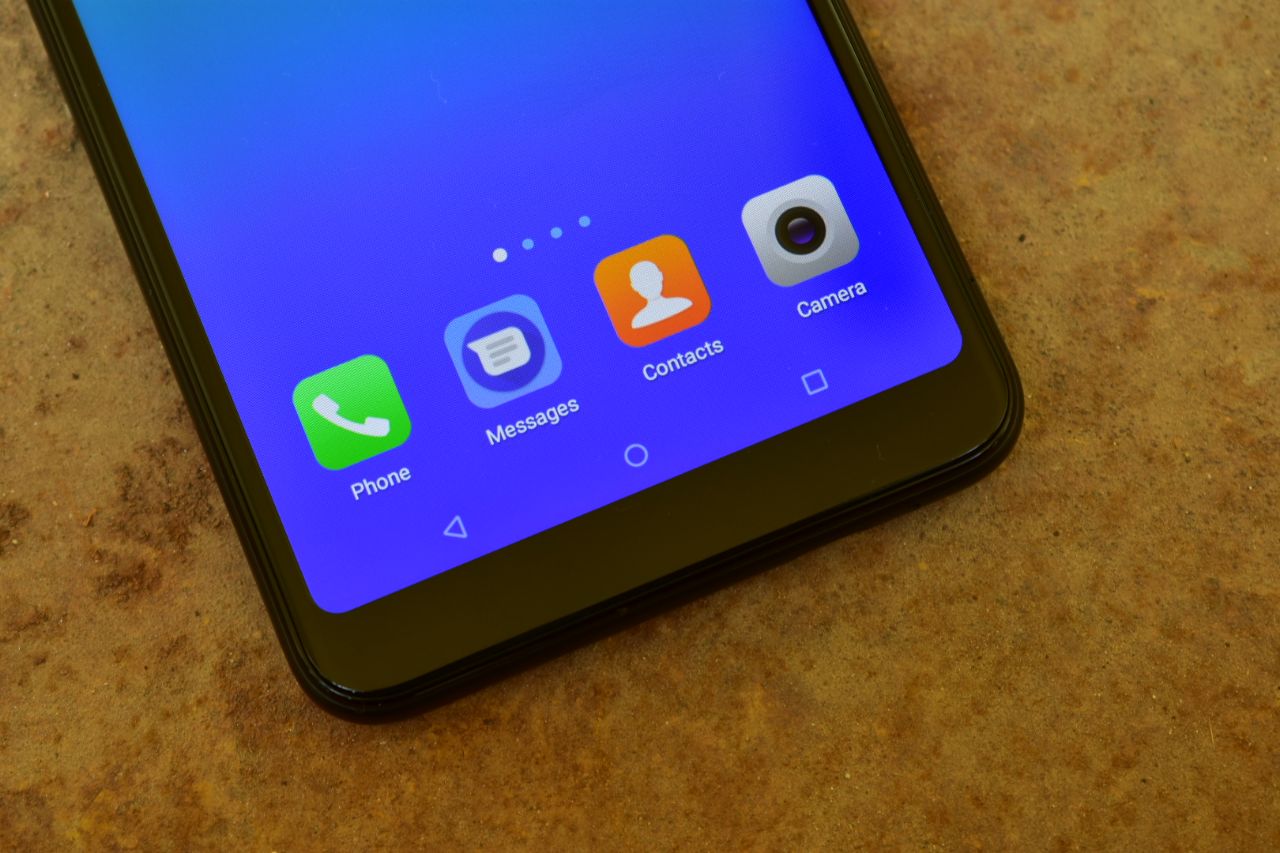 However, it has its fair share of flaws as well. First and most importantly, the display does not have good viewing angles. One can easily see yellowish tint on the screen when viewed from the left or right side. This somehow spoils the whole feel and perception of the device. Secondly, the company has not added any app scaling on this one, so end up using the app or videos with the normal 16:9 ratio. Thirdly, the cutout for the corners on display is not smooth.

On the camera front, the device sports a 13-megapixel rear camera with aperture f/2.0, 1.12-micron pixel size, an 81.5-degree field of view, 5P lens and LED flash. For the front, there is a 16-megapixel shooter for selfies and video calling. The performance of the camera came out to be mixed bag one during our review period. The smartphone was able to take some excellent photos during the broad daylight with colours being close to the source and the detailing was acceptable. However, in macro shots, we found out the device takes a bit longer to lock focus on the subject. Also, while switching to the HDR mode, the contrast level tends to overdo the image, which makes it look unnatural.

The company has added some interesting by and one of them is Portrait mode. This creates a background blur around the subject, which gives a bokeh effect. The implementation is good, but on some occasion, we felt that the camera soften the edges of the subject. But things go for a toss under low light conditions. The camera is not able to handle glares efficiently and noises are mainly present in the images and so is the problem of soft focus. 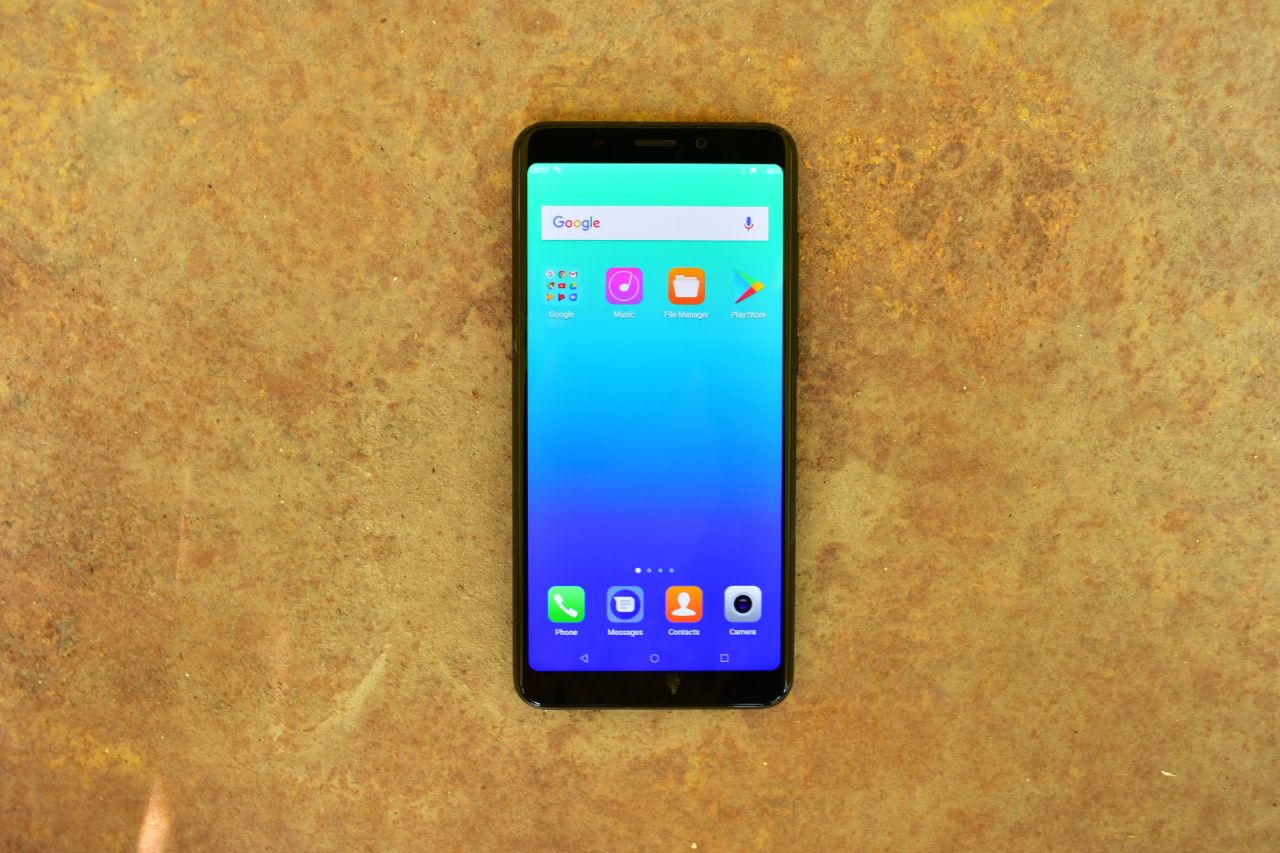 Coming to the selfie camera, the 16-megapixel shooter does a decent job in most of the conditions and captures natural-looking selfies. The camera also features a portrait mode for selfies, which works pretty well, though sometimes it produces some unnatural blur.

User Interface is a disaster

It is safe to say that Micromax has been struggling in this department. The brand has done a complete overhaul after few launches and it did the same with this one. First of all, the smartphone runs on Android 7.1.2 Nougat, which is a welcome move and the company has promised Android Oreo roll out for Canvas Infinity. The user interface used in this does not carry any name, but it does come with some interesting features like smart action and smart gesture.

Under the smart action, one can double tap to wake up the screen and a double tap on the home button will lock it. Then there is flip to mute, flip to snooze, get the call by bringing your phone close to your ear and more. Through smart gesture, one can draw certain alphabet to open the app. All you have to do is pull down your finger from the top-left screen and draw to open the desired app. However, the implementation is it not perfect. 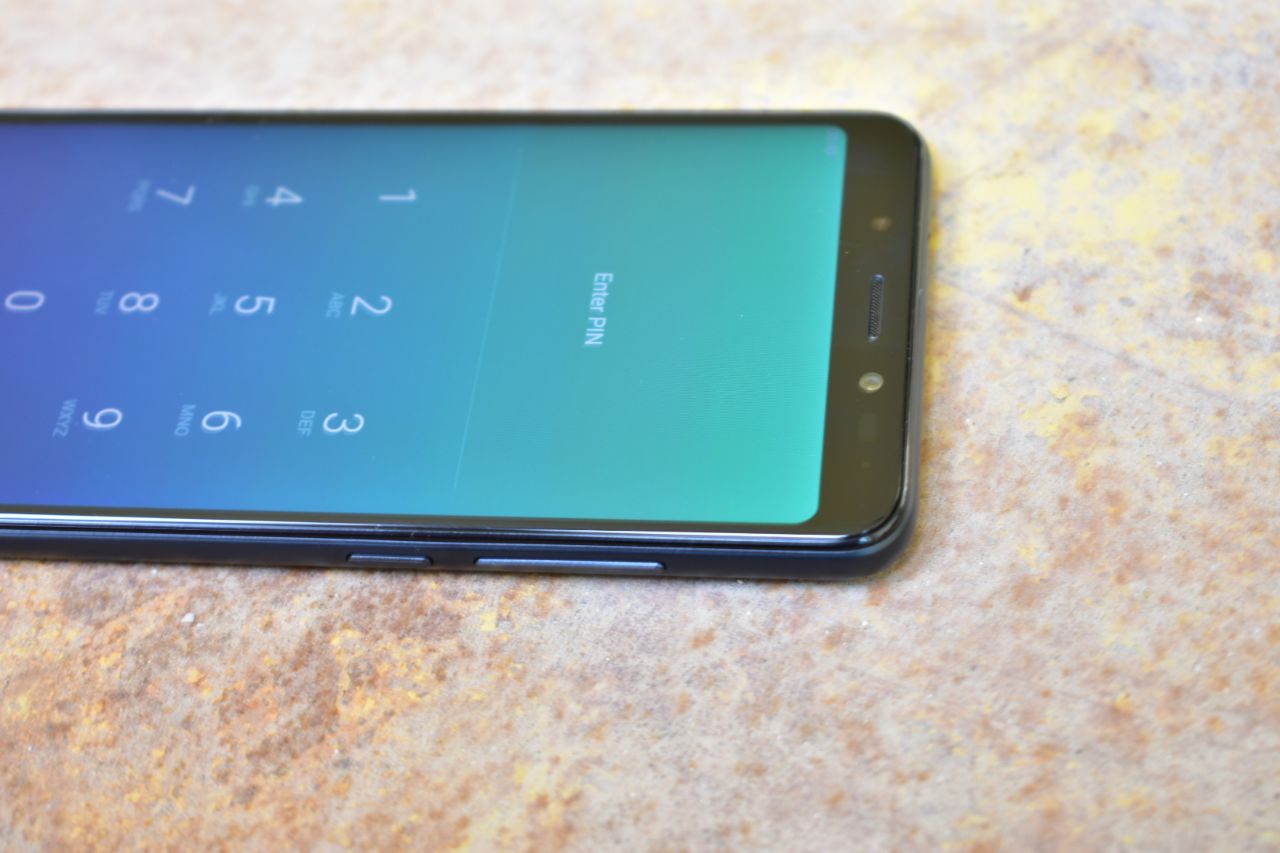 The user interface looks heavily inspired with iOS and Setting menu is the perfect example of it. During our review period, we found out that it is laggy and seems to be half-baked. This is noticeable when you swipe down for notification panel and swipe right to left to access the shortcuts. The whole process is very jittery. Another crucial point that user interface lacks is the absence of widget and customisation menu, which is omnipresent in Android smartphones. And because of this, one just cannot add any widget like Clock, music player and more to your home screen.

Further, during the review, we found that the user interface is not smooth and it hinders the multitasking capabilities of the phone, which is not a good thing. And also, the Setting menu contains a lot of repeated actions like performance optimisation, device security and more are present more than once in the Setting menu. Hopefully, the company will note these points and bring a better, more optimised software.

Coming to the hardware specifications, the device is powered by an older Qualcomm Snapdragon 425 processor along with 3GB of RAM and 32GB of internal storage. The storage is further expanded up to 128GB via microSD card slot.

On the battery front, the Micromax Canvas Infinity packs a 2900mAh backup, which is comparably low when compared to other smartphones present in the market. On the connectivity front, it offers 4G VoLTE, WiFi 802.11 b/g/n, Bluetooth, GPS, AGPS, dual-SIM, and micro USB port. 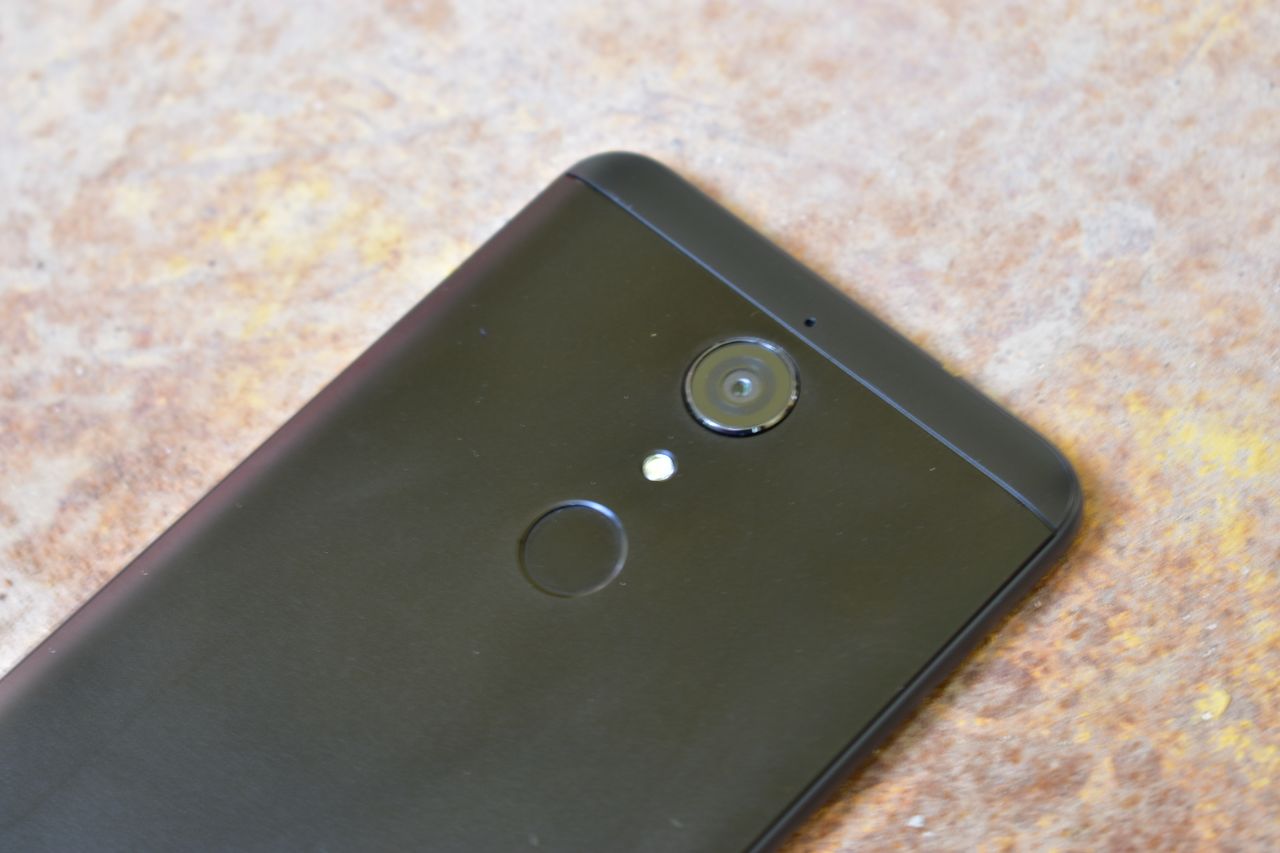 That’s said, the device is not a powerhouse and the processor used is pretty old for 2017 budget smartphone. The same processor can be found on Xiaomi Redmi 4A, which is priced at Rs 5,999. The day-to-day operations are just fine and you will face not much problem using it. However, during multitasking, the device shimmers a bit.

On the gaming front, it handles most of the casual games like Asphalt Nitro and more decently, but it gives up when you start playing graphics-intense games. So, if you are a power user and plays a lot of games, this one is not meant for you. However, during our review period, we did not find any noticeable overheating issue, which is a good thing.

The phone’s battery does a decent job and it lasts a day under normal usage which includes some calling, frequently checking social media updates and WhatsApp, some streaming and watching movies. However, under power usage, the battery last approximately 6 to 8 hours, which is again pretty average. Other than this, call connectivity is good and we have no noticeable drop in networks or calls. Further, the earpiece is quite loud and clear, which is a good thing, though the speaker grille output is not so great.

To conclude, Micromax Canvas Infinity comes with an amazingly compact form factor and gives a premium look and feel. The selfie camera is pretty decent and the rear camera performance is good as well if you exclude low light photography. But other than this, the user interface is a complete mess and poor viewing angles are the biggest turn off for this one.