Lenovo A6000 First Impression: It has everything to give Xiaomi, Yu a headache in 4G space 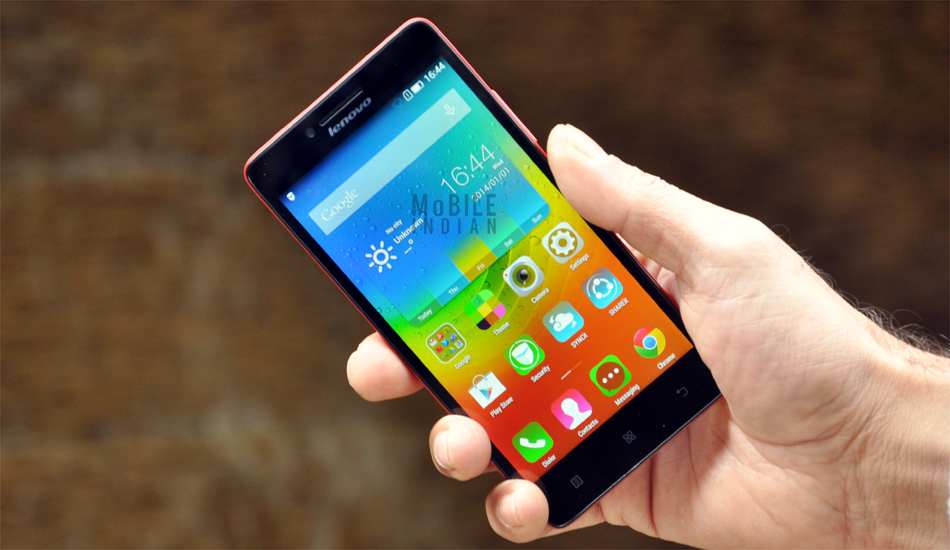 It will be available on Flipkart for Rs 6,999 via flash sales â€“ a model that has been adopted by Xiaomi and Yu.

Lenovo today announced the launch of the cheapest 4G smartphone, A6000, in India. It is priced at Rs 6,999 and will be exclusively made available via Flipkart through flash sales – a model that has been adopted by Xiaomi and Yu. Pre-booking of A6000 started today and will close today evening itself. Now only time will tell how does Lenovo handle the demand side because if it falters on delivery it will face a lot of criticism from consumers and the reputation that the company has built in the last few months, mainly due to success of VibeX2 and Vibe ZPro, will take some beating. 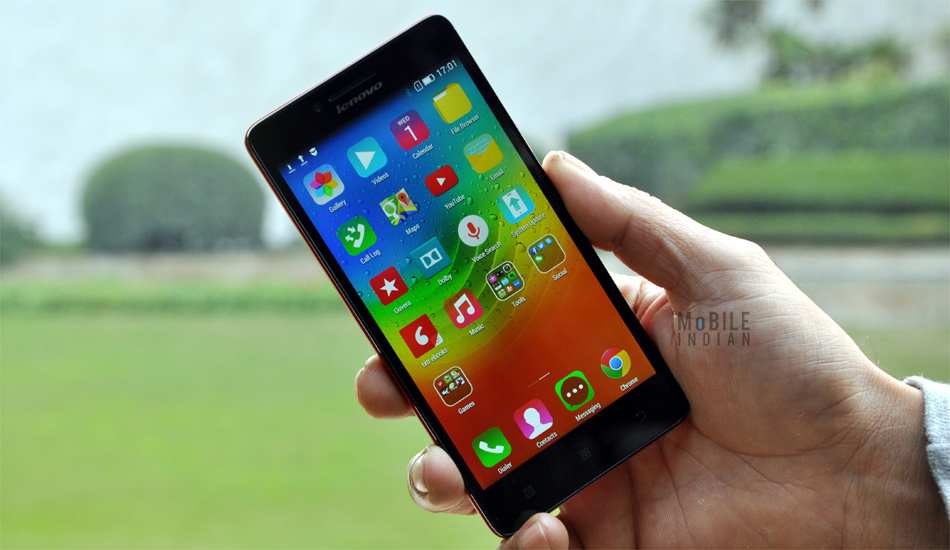 At the launch of Lenovo A6000, we spent some time with the device and here is our first impression about the device.

Furthermore, the Lenovo A6000 has an 8 megapixel auto focus rear camera with LED flash light and a 2 megapixel fixed focus front camera. Most importantly, it has 4G (LTE) capability and comes with Bluetooth 4.0 and WiFi as well. It is compatible with both TDD (2300 MHz, Band 40) and FDD (Band 3, 1800 MHz) networks of 4G. 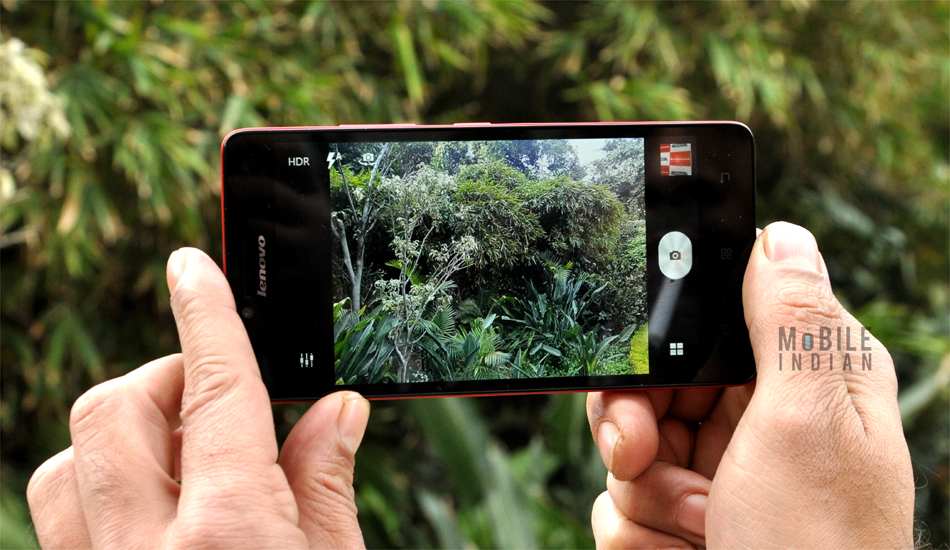 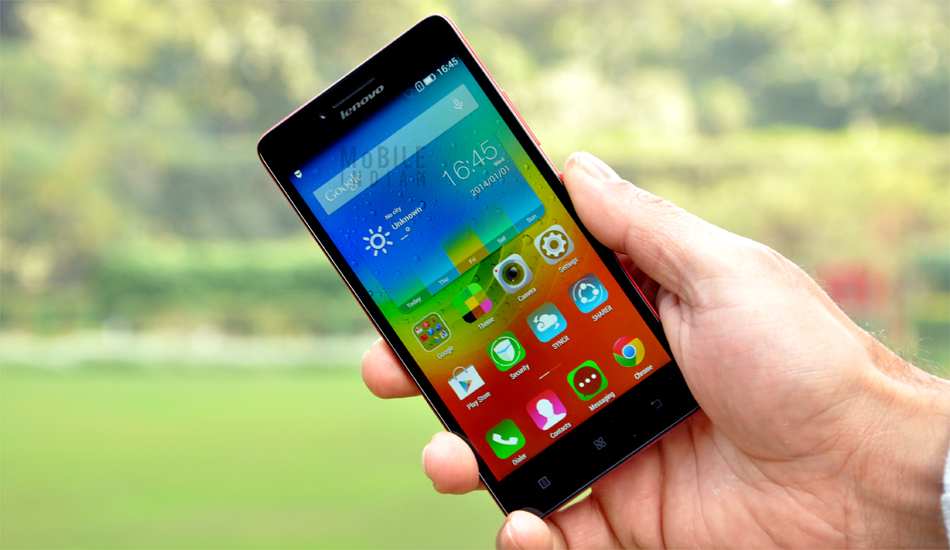 The 128 grams weighing Lenovo A6000 measures 141x70x8.2 mm. It has two micro SIM card slots. It has Dolby Digital certified twin speakers in the front as well.

In terms of user interface (UI), Lenovo A6000 comes with a custom UI- Vibe UI 2.0. It has no app drawer and all the apps are placed on different screens though one can club multiple apps in a single folder. One can also change themes and do a couple of more customisation that we will talk about in details in our review that will be published in the next couple of days.

The Lenovo A6000 is quite light and has a simple look. All the physical buttons – power on/off and volume rocker are placed on the right side panel and on the top panel you will find an audio jack and the micro USB port. 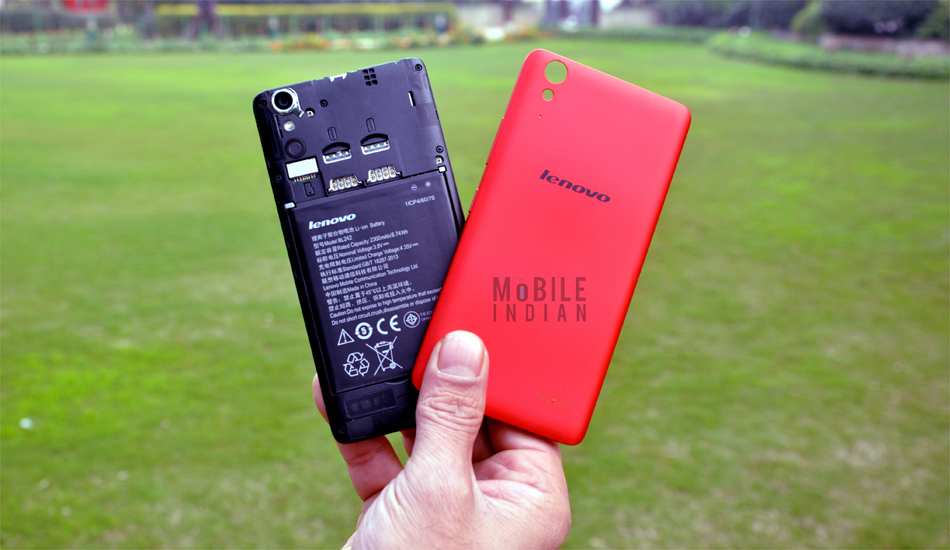 It has a removable back panel under which lies two SIM slots and a micro SD card slot along with a removable 2300 mAh Li-po battery. It will be available in four colours – grey, white, red and yellow. I personally liked the red colour as it looked quite vibrant and different from other phones in the market which are coming with a similar price tag.

Lenovo A6000 display looks impressive. It is quite bright so much so that we could even read texts in bright outdoors. The display has also superb touch response. The display though has no protective glass, like Corning Gorilla Glass, cover.

We clicked few pictures using the 8 megapixel rear camera of the device in natural lighting and the resultant images were quite good. In the close up shots I felt detailing was bit on the lower side but colour reproduction was satisfactory. We used the Lenovo A6000 to capture few snaps during the launch event which you can check here. 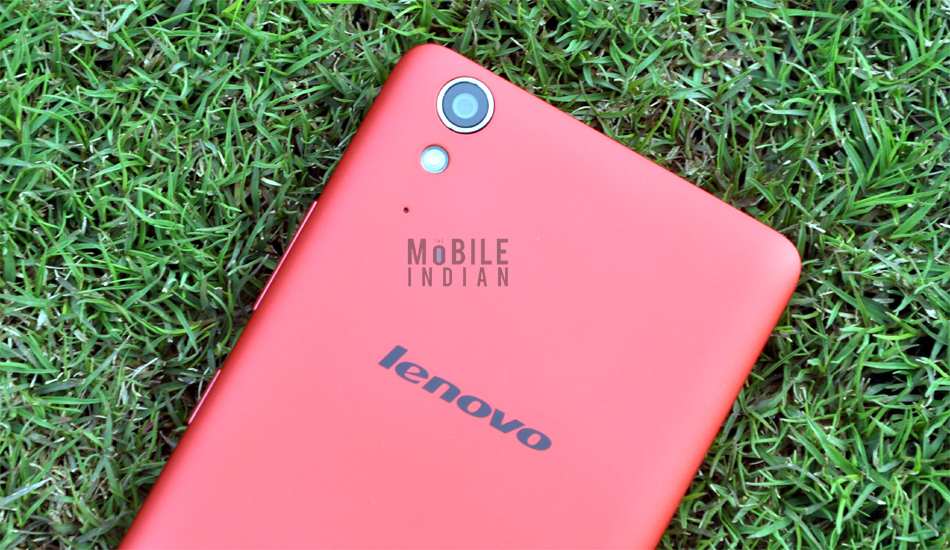 However, we think a more elaborate test of the Lenovo A6000’s camera is needed which can only happen during an in-depth review which we will try to bring for you very soon.

Lenovo A6000 has definitely scored a point over its competitors, especially Xiaomi Redmi Note 4G and Yu Yureka, in terms of pricing. It has a decent design but doesn't has any X-factor (that doesn't mean it has bad design) and its simplicity impressed me. As far as the performance is concerned wait for our detailed review. Overall, we can say Lenovo A 6000 looks like a promising device and if it able to handle the demand properly, unlike Redmi Note 4G and Yu Yureka, consumers may prefer buying it in comparison to any other 4G device.