Lava Z25 Review: A Desi alternative to your next Chinese smartphone 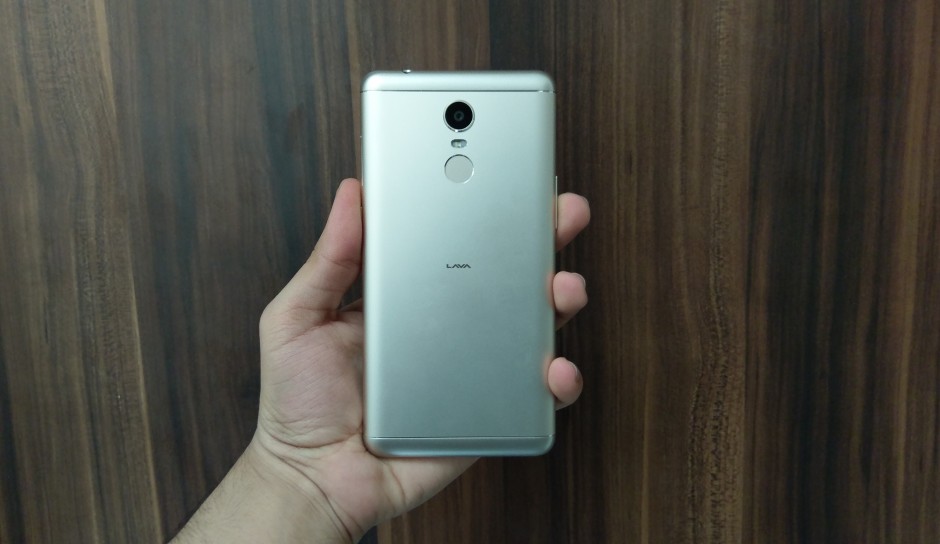 Lava is majorly trying to steal off the market captured by the Chinese trio - Oppo, Vivo and Gionee so do Z25 has that extra muscle in under its sleeves to outgun its counterparts in this price range? Let’s find out.

UI could have been better Audio output is average

Up till now, Lava has always been associated with entry-level smartphones. The Indian based handset manufacturer has tapped the tablet segment and even launched Windows-based smartphones in the past, however, the company now seems to up its game towards the mid-range segment with the launch of its new smartphone – Lava Z25. Priced at Rs 16,990, the Lava Z25 looks to rely heavily on the camera as other specifications on this smartphone are nothing to be amazed about at this price range. Lava is majorly trying to steal off the market captured by the Chinese trio – Oppo, Vivo and Gionee so do Z25 has that extra muscle in under its sleeves to outgun its counterparts in this price range? Let’s find out.

Design and Build Quality
Smartphones these days have largely followed a similar design when it comes to the budget to midrange segment and Lava brings nothing fresh here. The metallic back of the device feels premium and sturdy though the top and bottom are plastic. The volume rockers on the left and the power button on the right feel plasticky but that doesn’t take away the premium look and feel of the Lava Z25. There is a slight camera hump at the back along with the dual LED flash, fingerprint scanner and some Lava branding.

The back curves around the edges making it comfortable to hold in one hand even though it is not a compact piece of hardware. At the bottom, we get the microUSB port, a speaker grill and the primary microphone. We also have the SIM tray slot on the right which takes in two SIMs or one SIM and a memory card. At the top edge, we have the 3.5 mm headphone jack and at the front just above the screen, we get the front-facing memory card, LED flash and a bunch of sensors. There is nothing at the bottom of the screen. Overall, there is nothing new in this segment but you will not have a lot to complain as well.

Wrapped around a combination of metal and plastic is a 5.5-inch HD (1280 x 720-pixel resolution) IPS LCD display making it for a pixel density of 267 ppi (pixel per inch) which is far off from the industry standard but it does the job. We don’t get Gorilla Glass protection here which might bother some but Lava has given in an Oleo Phobic coating for some smooth and responsive experience. During our testing, the device went through the normal daily course routine and we didn’t notice any major scratches on the device’s display. The display gets adequately bright under the sun and the auto brightness also works well when needed. The colour temperature is balanced as well although we would have liked an option to fiddle with it as seen in a lot of other Android skins.

Hardware and Performance
While most of the mid-range smartphones these days perform decently when it comes to day-to-day tasks, Lava Z25 had a pretty high benchmark to break here and if you ask us it does manage to do most of it. The device is powered by a 64-bit MediaTek MTK6750 processor clocked at 1.5 GHz. The Chipset piles up with Mali T860MP2 GPU. The Cortex A53-based SoC will easily flow you over a regular day without any hiccups and lags. The device comes with 4GB of RAM and 32GB (24GB is user accessible) of internal storage which can be further expanded up to 256GB via microSD card. The 4GB RAM will comfortably manage your multitask sessions and the device also retains most of the background apps.

The MediaTek 6750 SoC surprisingly performed well on par with other devices in this price range. Our day included some casual browsing on social media, watching videos on YouTube, 1-2 hours of calls and a rough one hour of music listening. I had a lot of memory hauling apps like Facebook, Messenger, Quora installed on my device and never had an issue with any of them. Further, we tested out a bunch of games as well where the device exceeded our expectations. Games like Asphalt 8, Dead Trigger 2 sailed smoothly without any issues. The device also managed to keep its cool and we didn’t face any major heating issues after about 25-30 minutes regular gaming. The bottom firing single speaker is not the best for gaming but that’s been the case with every other smartphone in this price range, so we will not complain here.

To start with, we get Android 6.0 Marshmallow here with Lava’s own StarOS 3.3 on top. Now, the overall user experience is not a lot different from the respective skins of Gionee, Oppo and Vivo smartphones. The lock screen kind of reminded us of Xiaomi’s MIUI. We don’t get an app drawer and all your apps are paginated on the home screen. Swiping down from the top will bring you the notification shade along with some Quick Settings which surprisingly was not customisable. We do get some preinstalled apps, thankfully, most of them were removable. Jumping into the settings menu, we get some basic android customizations with a solid built-in battery saver which would calm down the background process and optimise the screen brightness coupled with a bunch of other settings.

StarOS being adequately optimised for RAM consumption also takes care of the regular multitasking although app load times may take a setback sometimes. The fingerprint scanner located on the back panel is by far the fastest at this price range. Setting it up was a cakewalk and it also didn’t let us down when it comes to accuracy. The notification light situated at the top of the display also worked fine although we wished it could push multiple colours based on different notifications.

Camera
When asked about how is the new Z25 different from its Gionee, Oppo and Vivo counterparts, Lava boasted a lot about the camera and image processing which takes place behind the hardware. For the record, the Z25 comes with a 13-megapixel rear camera with f/2.0 aperture, PDAF and LED flash. Lava has deployed Sony’s IMX 258 Exmor sensor which performs pretty good in daylight conditions. We managed to take some impressive shots under not the best of conditions. The rear camera on the Z25 relies a lot on the post image processing as the Sony IMX 258 sensor is not the best in this price segment. The shots we got had nice accurate colours supporting some decent amount of sharpness along with a commendable dynamic range. Shooting in low-light conditions naturally brought in a large amount of noise and grain but we were impressed with light this camera managed to take in under low-light conditions. The company has also given in a dedicated Night Pro Mode which can even bump up the exposure in extremely dim lighting conditions. Apart from this, we get regular sets of modes to fiddle around such as GIF mode, HDR, Extreme Beauty, Panorama, Sound Picture and Intelligent mode which helps you take selfies with the rear camera with the help of some nifty voice over.

Moving to the front camera, the Lava Z25 features an 8-megapixel selfie camera with f/2.0 aperture and front LED flash. While the front flash is not something which a lot of people will use, the selfie camera on this device reiterate the performance of the rear camera. In bright daylight conditions, you can get some really good selfie shots, however, things tend to become a little worse as we move to low-light conditions. The colours on this one also appear to be slightly more saturated.

Battery, Connectivity and Audio
The battery was something we were really curious about when we first got the device as it sports a 3020 mAh battery inside. Thankfully, the Z25 also passed the battery test with flying numbers as based on our testing, this device will easily last you a full day of usage. I got a continuous Screen on Time of about over 5 hours with about 1 day of usage. Starting the day at 8 AM in the morning, we rarely sought a power point before 10 PM in the night. Further, these results are on Reliance Jio network and we assume the results to be even better on other 2G or 3G networks.

For the connectivity, the Z25 comes with Wi-Fi, Bluetooth, GPS with A-GPS, 4G VoLTE and all the necessary sensor but not a magnetic sensor which is why you won’t be able to use Compass on this device. The call quality through Reliance Jio was really good and we didn’t have any trouble talking over this handset even for long hours.

Lastly, for the audio, we get a single bottom-firing speaker which gets its job done given the industry standards at this price point. The output through given earphones is fine as well and this is not where you would have a real choice to make.

Lava Z25 is surely a great device to start the mid-range segment journey. The smartphone comes with some decent specs with an impressive camera along with a pretty solid battery life making it an ideal replacement for your next Gionee, Oppo and Vivo smartphone. That aside, the UI could have been a little more customisable although it can easily fix with a software update. Further, barring the dated Android 6.0 Marshmallow, Lava Z25 really has a lot to offer especially in the offline market which is currently flooded with Chinese vendors.