With a 4000 mAh battery, Lava Iris Fuel 60 offers long battery back up and offers decent performance in other areas too.

Is quite thick and bulky Average Camera

Lava needs no introduction. It has over the years established itself as a leading smartphone player in the Indian market. recently , it launched Fuel series of smartphones. As the name suggests, the series has handsets with huge batteries. The latest in the series is the Iris Fuel 60 that has a huge 4000 mAh battery, normally seen in 7 inch tablets. 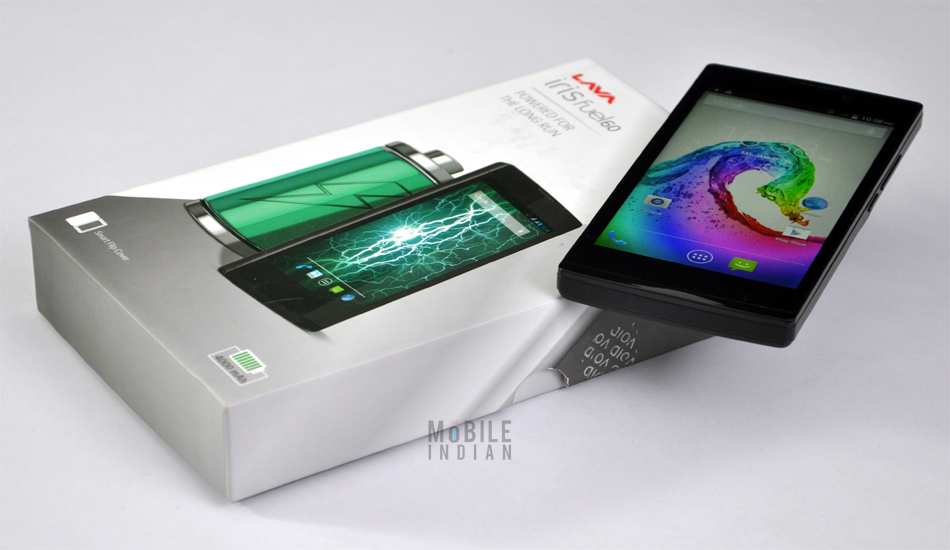 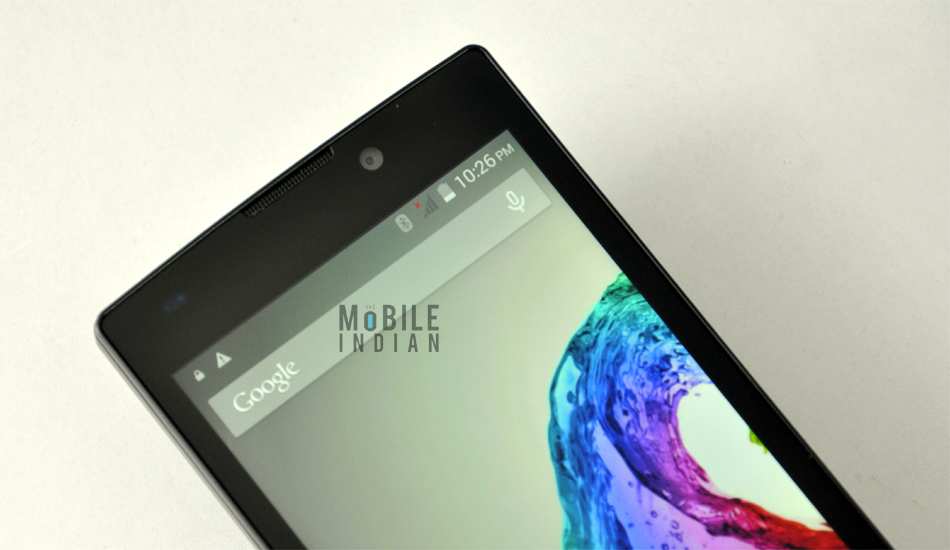 But battery isn’t the only thing in a smartphone that normal users look for while buying one. Here is our detailed account of Lava Iris Fuel 60 which is available for the best price of Rs 8,888 at the time of writing. 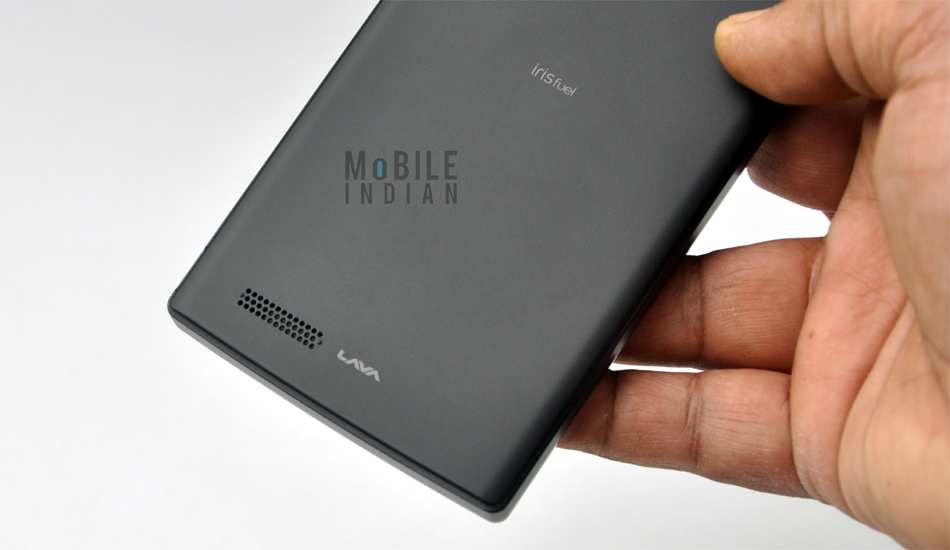 For a 5 inch display bearing smartphone like Lava Iris Fuel 60 to have a 4000 mAh battery is not normal and thus there has to be some compromises in the design. To accommodate such a huge battery, the Fuel 60 has been made bulky and thick. Its dimension – 144.8 X 72.8 X 10.2 mm (height, width, thickness) â€“ tells the story quite well. Naturally, the phone’s weight is on the higher side – 170 grams to be specific. 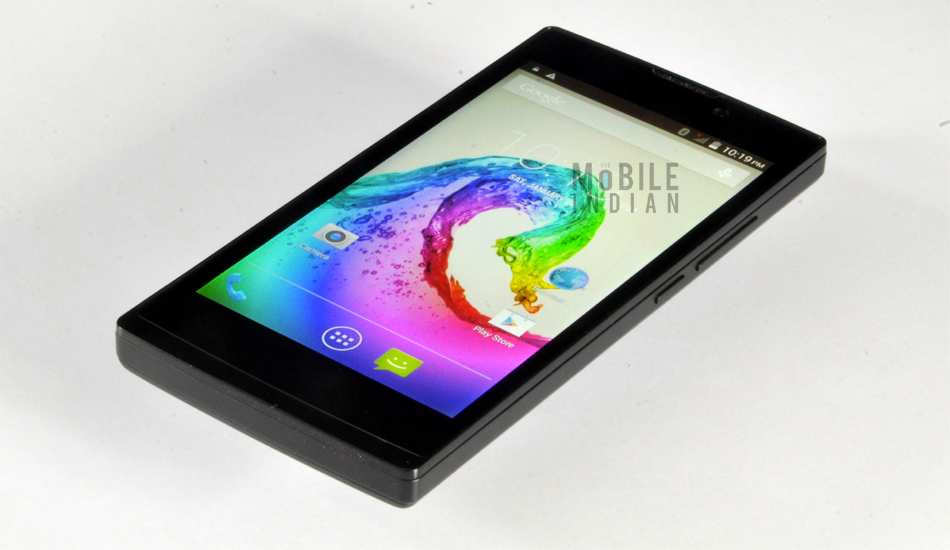 However, Lava has wisely armed it with a matte finish back panel which gives the necessary grip apart from smooth feeling and good looks. Since the phone has thick side panel, griping is much easier. Overall, despite the bulkiness, the Lava Iris Fuel 60 is fun to use and looks quite good. 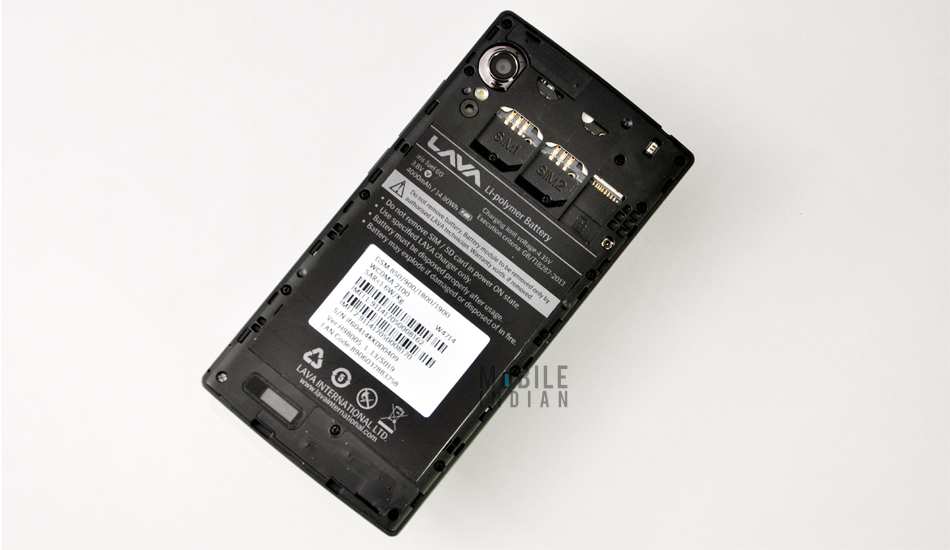 The volume rocker and the power button are in the right hand side and are appropriately placed for easy access. The SIM and micro SD card slots are placed beneath the rear panel. The battery is too accessible. 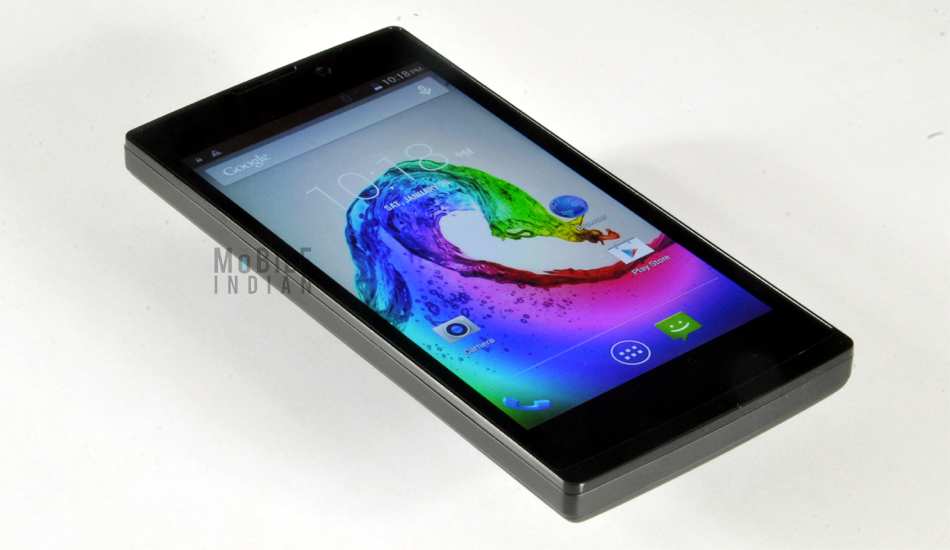 The 5 inch display of Iris Fuel 60 is also the necessary high definition (1280×720 pixels) resolution. Moreover, the display is made using IPS technology and thus gives good viewing angle. The Fuel 60’s display also has Corning Gorilla Glass 3 protection and you can always use a screen protector to further make it immune to scratches. The phone also feels quite sturdy. Brightness levels are appreciable but not the best in the segment. 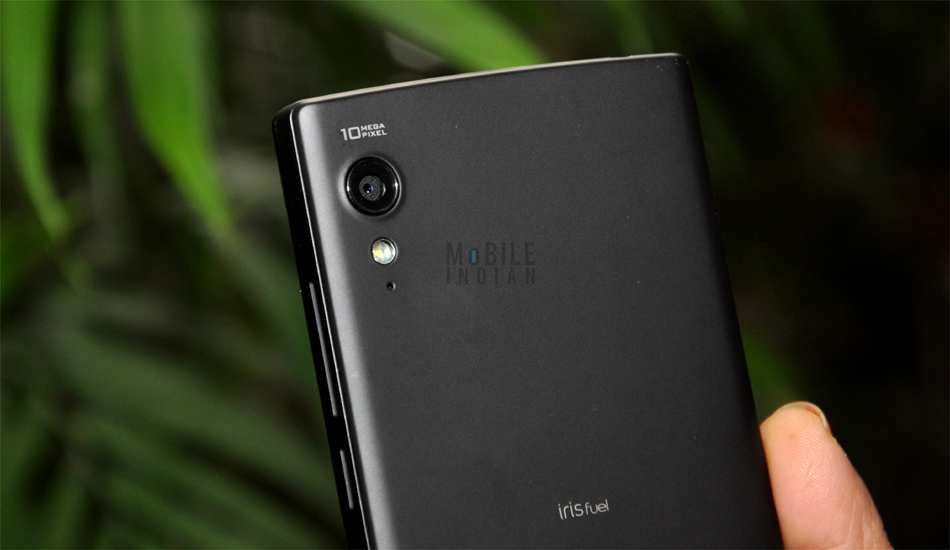 As is obvious, the USP of the Fuel 60 is its battery back up. With a huge 4000 mAh battery it is anyway appears quite spectacular on paper. It didn’t disappointed us in the real life either. During our review, it lasted more than a day easily. To be more specific, it consumes about 10 per cent in one hour of video playback and about the same percentage of battery power lost during games as well. While YouTube video browsing too, the device lost about 1 per cent charge in five minutes with maximum brightness which is indeed pretty good. This means with normal brightness, you can surf YouTube videos for about 4 hours. 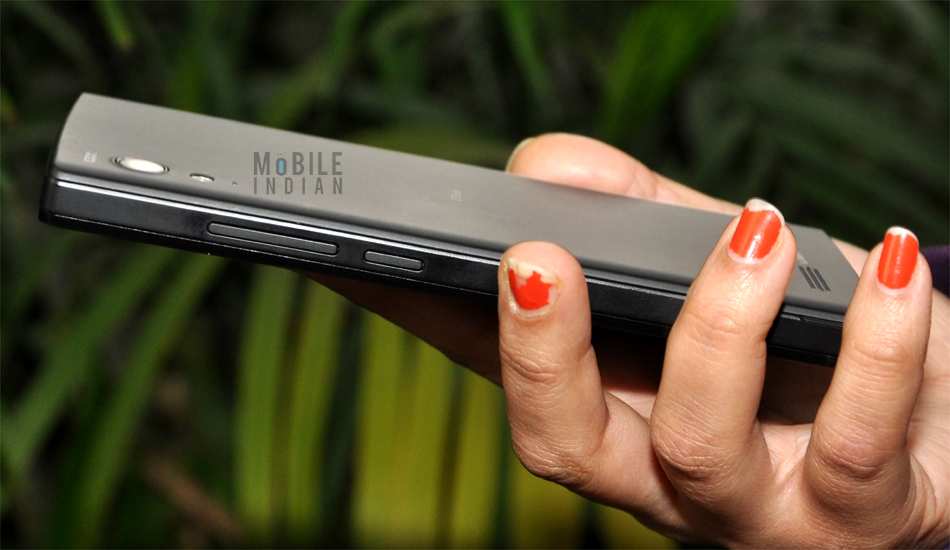 The Lava Iris Fuel 60 has a 1.3 GHz quad core processor, 1 GB RAM, 8 GB internal storage, and a 32 GB micro SD card slot. Thanks to its quad core processor and 1 GB RAM, the phone manages to offer a decent performance. Except the high end games, the Fuel 60 has no problem whatsoever in playing mid and entry level games like Kill Shot, BB Racing etc. Its Antutu benchmark score of 17882 also testifies the same. 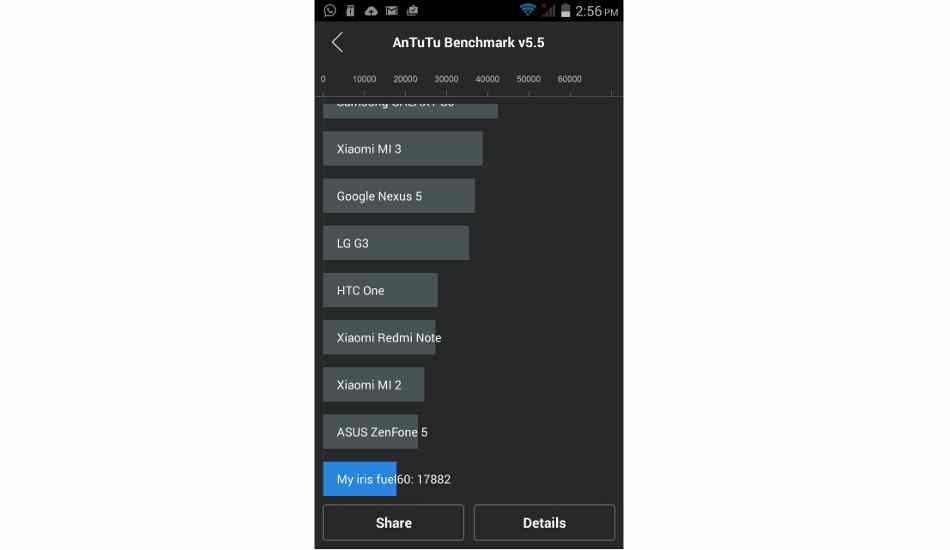 Storage wise too the Iris Fuel 60 is decent though not the best in its segment. The handset also accepts external storage devices. 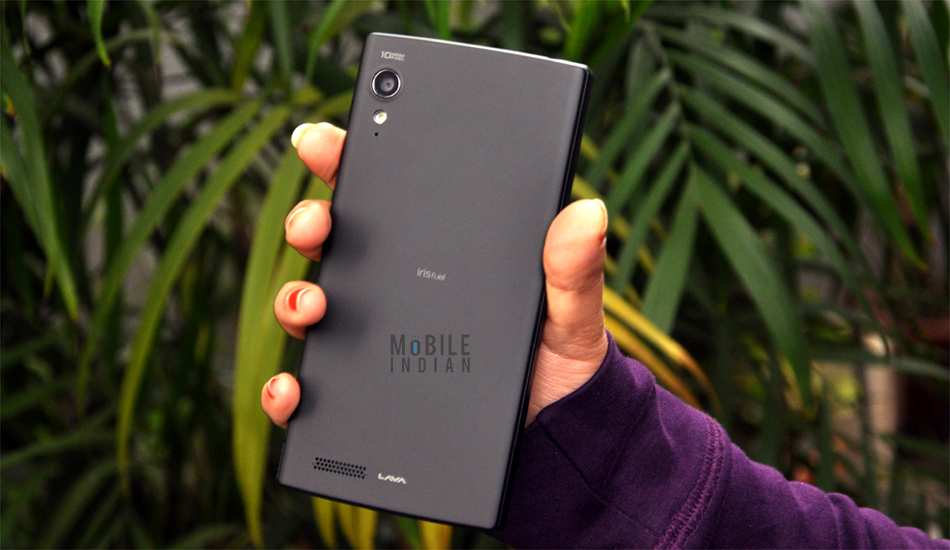 For connectivity, the Lava Iris Fuel 60 offers two regular sized SIM slots. As expected, the handset offers 3G connectivity besides the regular features like WiFi, Bluetooth 3.0, micro USB port, 3.5 mm jack, and GPS. We didn’t have any issue with calling or any other connectivity features.

The Lava Iris Fuel 60 is equipped with a 10 megapixel rear camera with BSI II image processor. There is an LED flash in the rear panel as well while in the front lies a 2 megapixel camera. 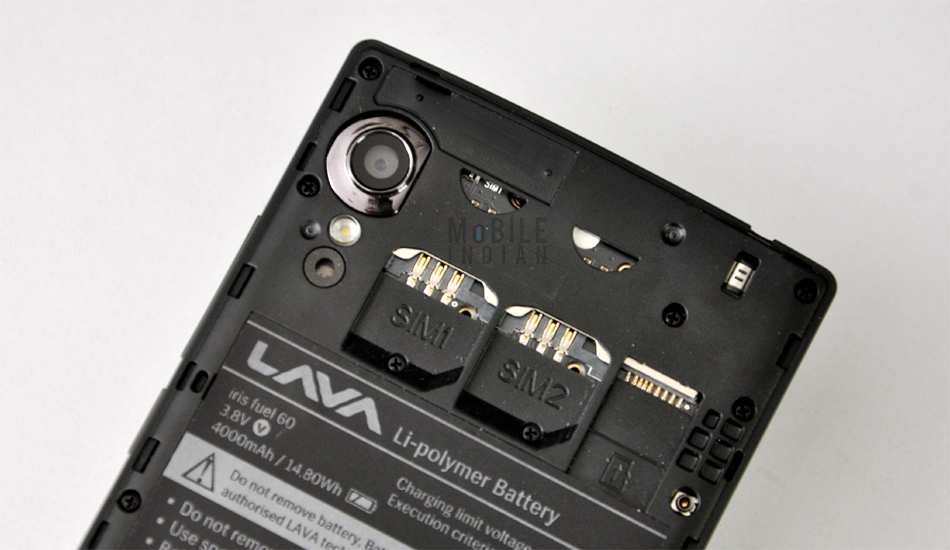 There are not much camera features in the Fuel 60 which is quite obvious considering its price tag. But it has the usual features like HDR, Panorama, Beauty face, anti flicker and has options to control brightness. The rear camera though manages to capture details but the resulting images are a bit dark. HDR option here thus comes as a rescue. 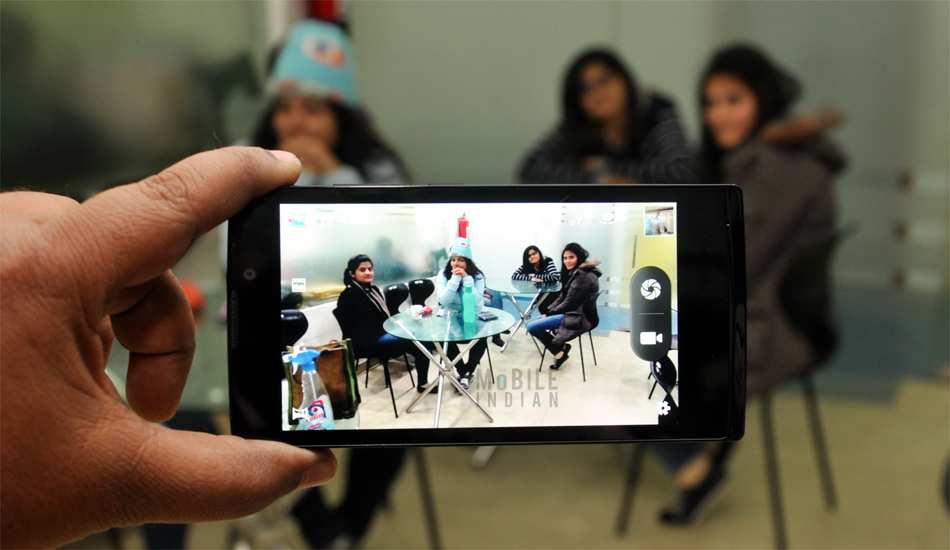 To sum up, Lava Iris Fuel 60 is a pretty good device in the sub-Rs 10,000 segment. Undoubtedly, it is one of the best devices in terms of battery back up. That does not mean Lava has compromised with other aspects. The Lava Iris Fuel 60, despite bulky and thick, has decent looks and design. Performance wise it too is equal to most of its competitors. So go for it if you want to have a smartphone with long battery life.