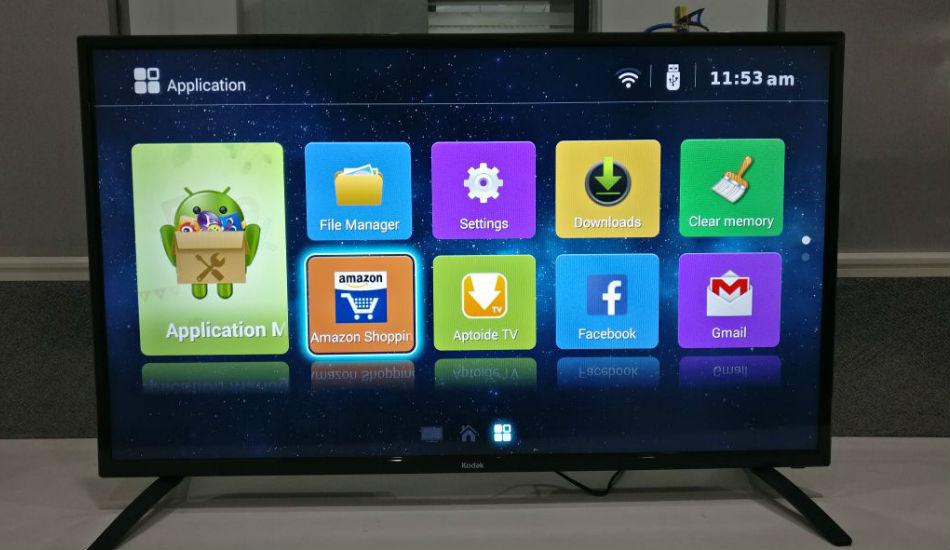 Priced around Rs 36,000, the Smart LED TV has a lot to offers in terms of design, display, performance and features. But, it is worth every penny?

Buggy air remote UI is in dire need of optimisation
Kodak had entered into the television market last year with the launch of a new range of LED TVs. The brand introduced different LED televisions ranging from different screen size and one of the most interesting offerings is the 50-inch Full HD Smart LED TV. Priced around Rs 36,000, the Smart LED TV has a lot to offers in terms of design, display, performance and features. But, it is worth every penny? Let’s find out.
Design
Whenever we talk about LED TVs, the one thing that comes to our mind is the sleek design. We have seen some of the sleekest televisions out there in the market, which impress us to the core. And to some extent, same can be said for this one. The TV boasts a sleek design, but the back is a bit bulky in nature. One reason for this is, it sports majority of the ports which are placed on the left and bottom sides of the back panel. 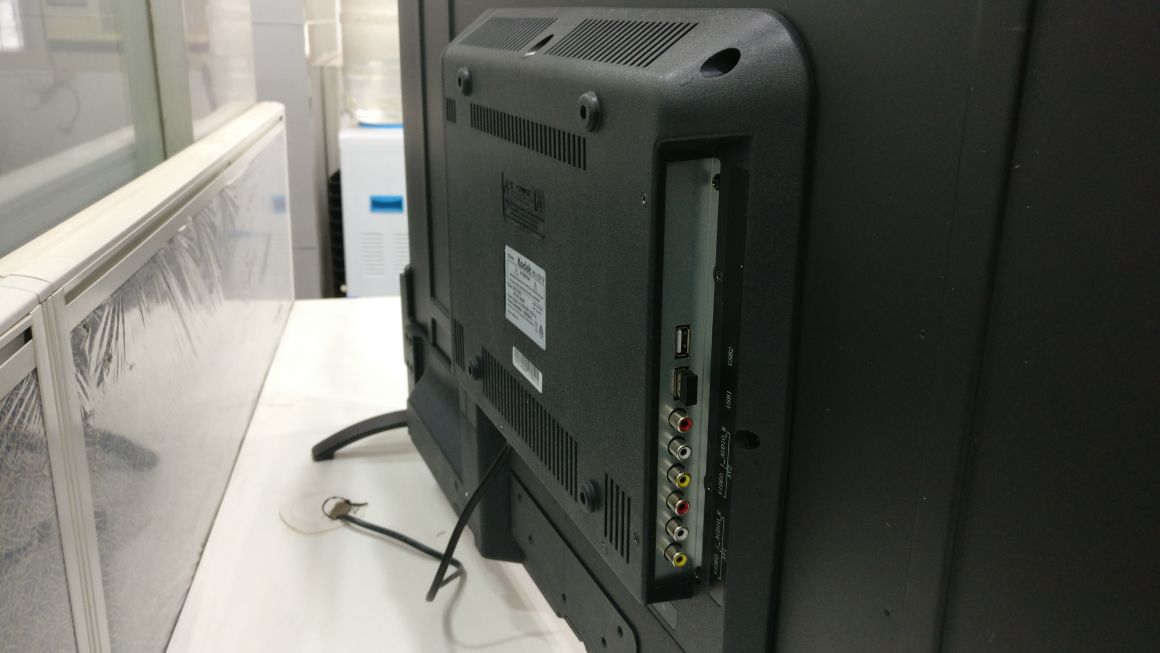 This also makes it a bit difficult to reach them, especially, if you placed the television on a table as there is not much of a room left to reach out to the ports. On the flip side, the buttons for changing channels, volume, power and menu are on the right side, which are very comfortable to reach.
The front sports a large 50-inch display with some noticeable bezels around the screen, while the speakers at the bottom of the television. Overall, the television is not the sleekest option available in the market, but with a price tag of Rs 36,000, it is not too bad either.
Display
Coming to the display front, the LED TV boasts a 50-inch Full HD display with a screen resolution of 1920 x 1080 pixels with a contrast ratio of 4000:1 coupled with 300 nits of brightness. The specs sheet looks pretty interesting and the brightness levels are up to the mark. The TV gives some bright and vivid colour output, although the colours are oversaturated most of the times. especially the reds. 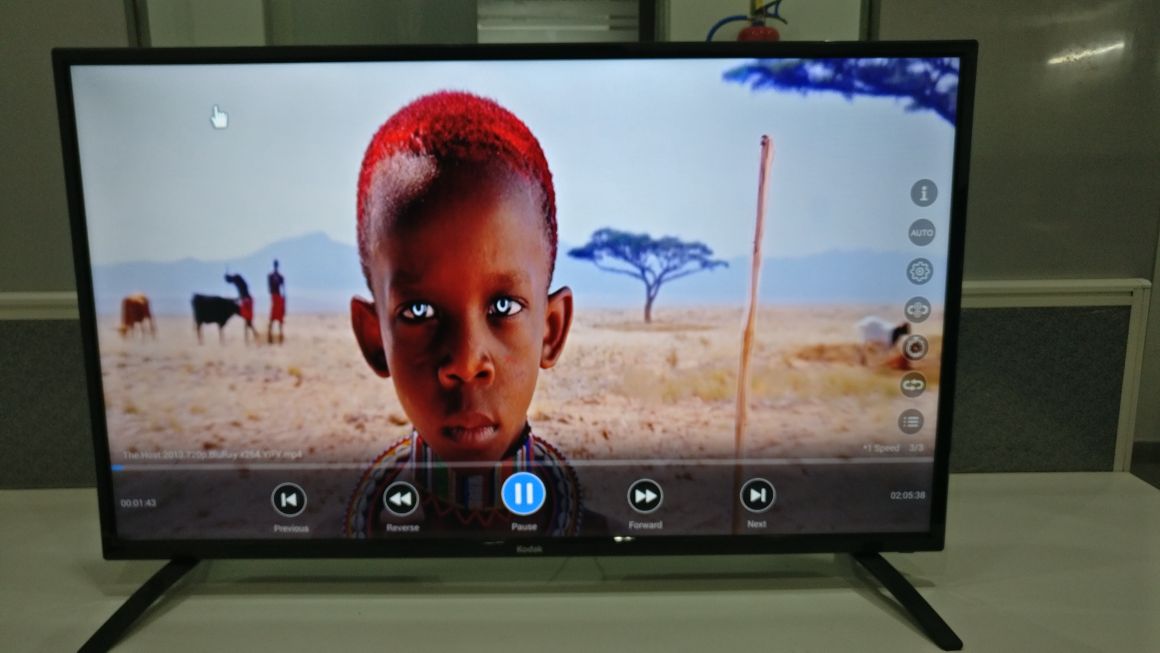 There are different colour modes including standard, sports, users and more, but it rarely makes any difference. There is also a slight reddish tint on the display, which can spoil some mood. The company says that it has a 178-degrees viewing angle, but at certain angles, one could see a slight shift in colours. Overall, yet again the display panel performance is satisfactory if you consider the price point.
Features
Talking about features, the Smart TV is powered by a 1GHz quad-core processor along with 512MB of RAM 4GB of internal storage out of which 1.98GB is usable. On the connectivity front, it supports three USB port, two HDMI port, two AV IN ports, VGA port, a LAN port and built-in WiFi. The TV comes bundled with a standard remote and there is also an air remote.
Starting with the performance first, the quad-core processor does all the basic job to run some applications, and video quite effectively, although the positioning of the ports like we said before, is a bit difficult to reach. The Smart TV comes with its own user interface (will talk about it more later), which primarily runs on Android. 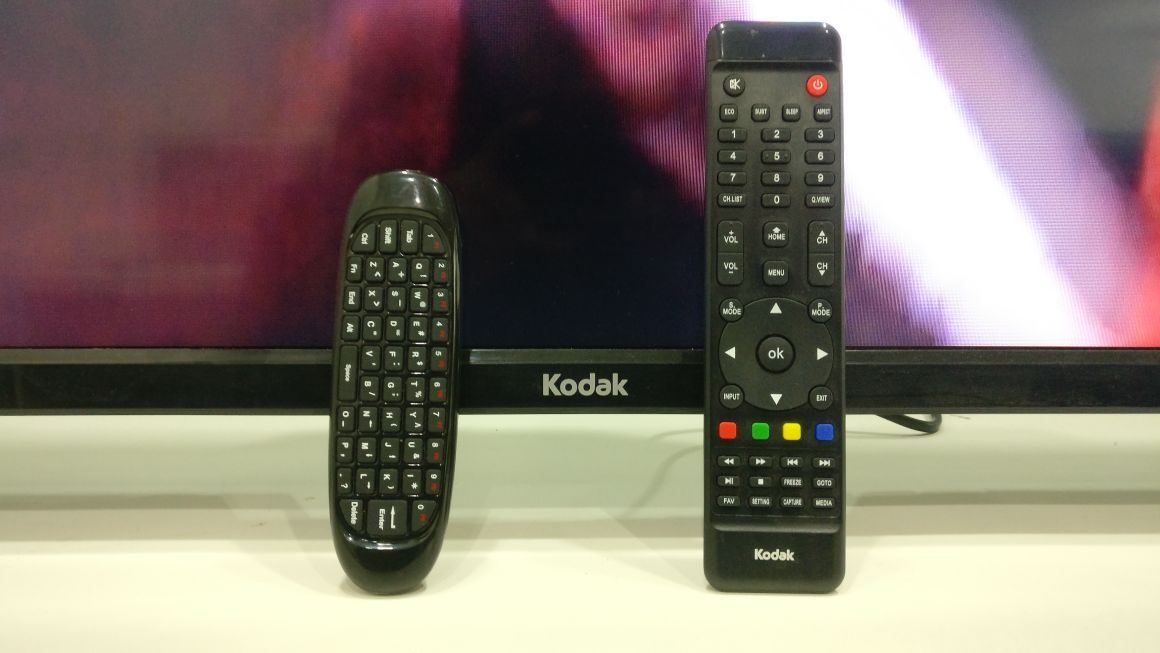 Coming to the air remote, it tends to make navigation across the user interface easier, though this is just not the case. During our review period, we found out that the remote was far from perfect as it would stop responding at certain times or will move too fast and sometimes refuses to work at all. It sometimes becomes a difficult (read frustrating) task to move the cursor from one point to another.This is where the standard remote comes to our rescue. On the bright side, it features a QWERTY keyboard, which comes handy while you want to search for something. Overall, we feel that the air remote could be optimised more to give a more soothing experience.
The TV also supports screen sharing, which is a welcome move. In order to turn on the screen mirroring option, one needs to go to Applications> Settings> Wireless Display. This feature works seamlessly when it comes to making a connection with your smart device, though it has a particular range and if you move out from it, then it will start to shimmers and we can see some frame drops and lags while projecting the display on the TV.
Audio
On the audio front, the television comes with stereo speakers of 10W each. The performance of the speakers is satisfactory as it delivers some good level of audio. The sound is loud enough for a large room, which is a welcome move. However, we feel that the speakers were not able to deliver some good bass quality. So, we advise you to use some external speakers for a better sound experience.
Software and UI
Coming to the software part, the TV runs on an age-old Android 4.4 KitKat. At a time when other players are providing with the latest Android versions, this one is still stuck with soon-to-be-obsolete KitKat. That said, the UI is quite basic. Whenever you turn on your TV, you will land on a page that shows Browser, Media Center and Application Mall. At the left side of the screen, one can see different outputs like AV, HDMI, VGA etc. when you swipe right from the remote, it will take you to the applications section, while the left swipe will take you to the main TV screen. 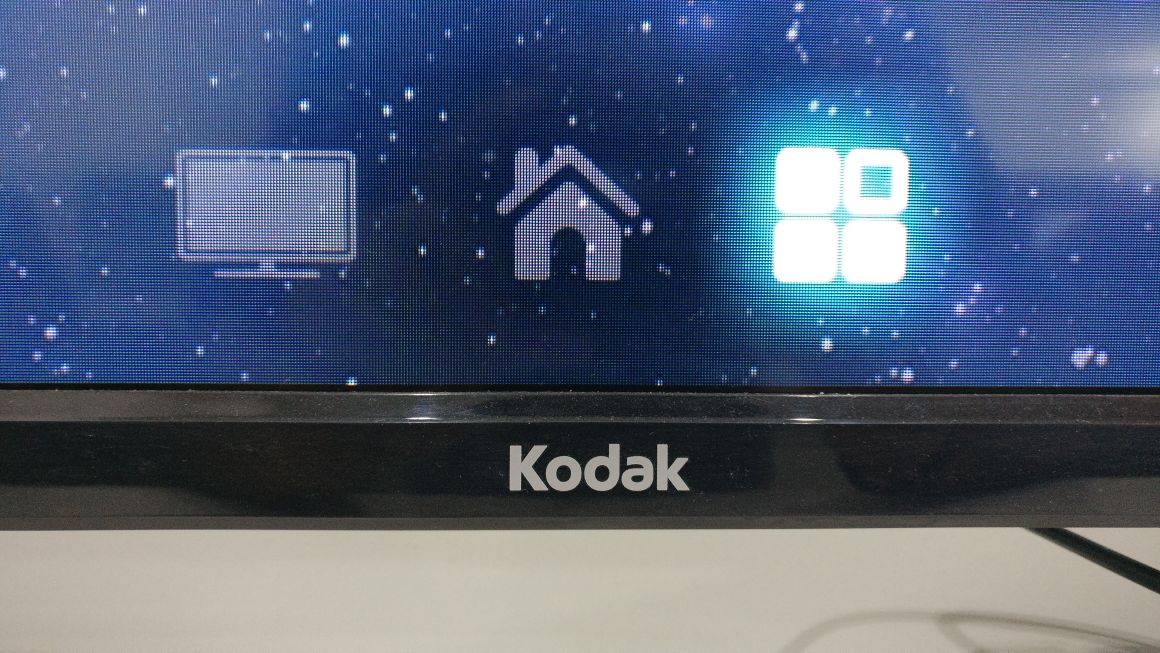 It is must to admit here, is the user interface is quite slow. It is marred by a noticeable app load time and coupled this with air remote, which further makes it difficult to operate sometimes. We felt that the TV is not receiving a proper signal from the air remote, which is causing the inconsistency issue. However, it played videos pretty smoothly from USB pen-drives and it has an inbuilt file browser, which makes it easier to navigate while looking for the videos or photos from external drives.

To sum up, the smart LED TV from Kodak has entered a price segment, which is already dominated by the likes of Vu, Micromax etc, which offers some good user experience along with good display and audio. Coming to this one, the smart TV comes loaded with some good display coupled with good audio quality. However, it lacks a good software and the air remote was not up to the mark.