Karbonn Titanium Octane Plus: Powerful yet…

The Karbonn Titanium Octane Plus is one of the most potent smartphones in its price range as it comes with powerful features including an octa core processor, 2 GB RAM etc.

Powerful hardware, thus is quite fluid Better storage facility than most competitors

Poor design, looks cheap Average camera and battery back up 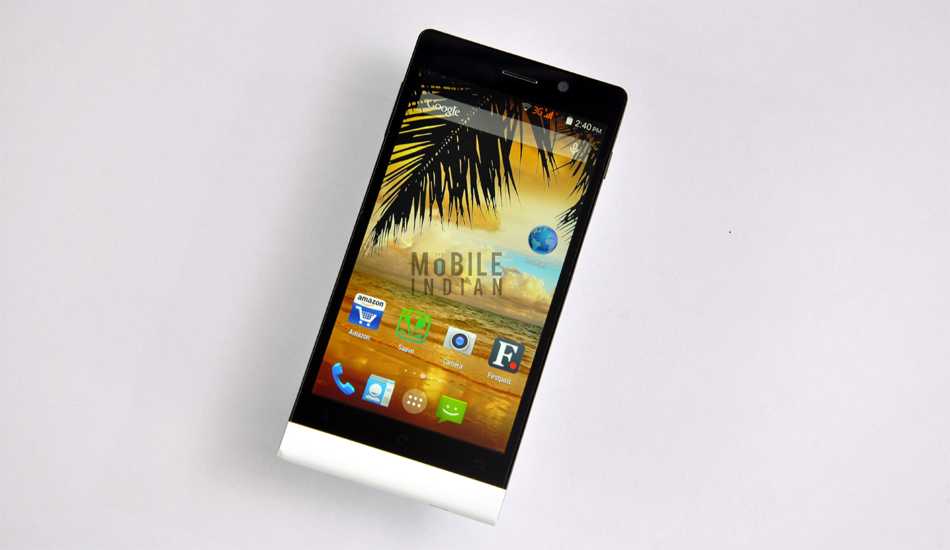 Two weeks back, we got the Octane Plus for a thorough review and here is our take on the phone which comes with a 5 inch FHD display, 1.7 Ghz octa core processor, 2 GB RAM, 16 GB internal storage, 32 GB expandable storage slot, 16 megapixel rear camera and an 8 megapixel front camera. Currently the phone is available for about Rs 13,990 and is undoubtedly one of the best handsets in this price segment in terms of specification.

In recent times we have seen several good looking phones in the budget segment but the Karbonn Titanium Octane Plus is certainly not one of them. True it has decent looks but the phone’s finishing is far from satisfactory. To start with, the rear panel does not fit properly and in the review unit, there was a big gap at the bottom which would definitely attract dust and moisture and in the long run the phone’s internal are in real danger. 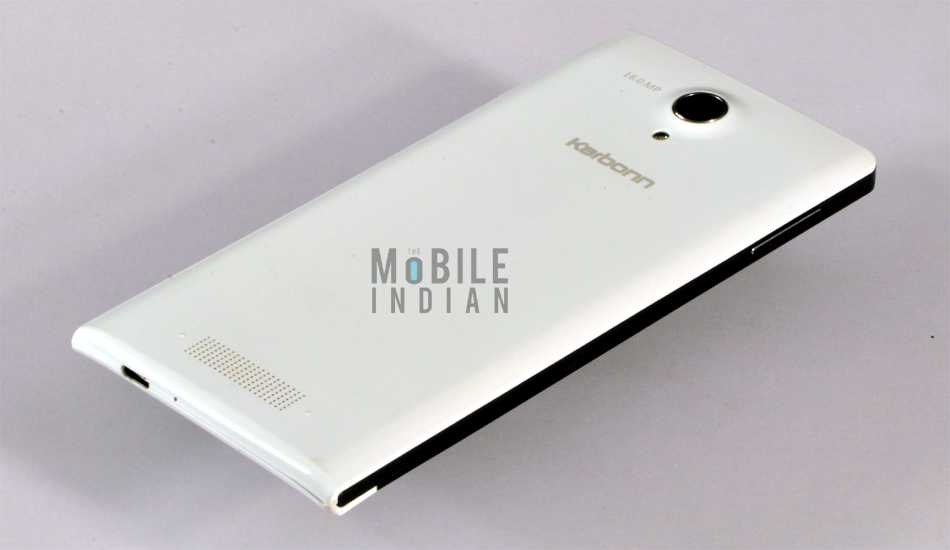 However, the phone is quite a light weight. It is 147.3 tall, 72.6 wide and 7.6 mm thick. As obvious from the figures, it indeed is quite slim. It has got sharp edges all around except the bottom where it is rather quite round. 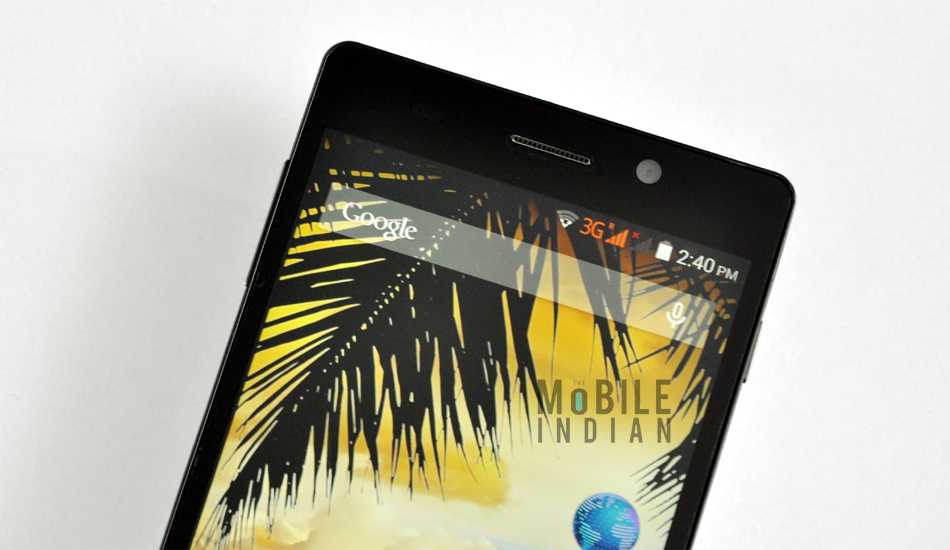 The SIM and and micro SD card slots are located below the rear panel. The volume rocker is on the left while the power key is on the right. The USB port is at the bottom while the audio port is located at the top. Three capacitive touch keys are there below the display.

The Karbonn Titanium Octane Plus has a 5 inch touchscreen. Sadly, it does not have Gorilla Glass or any scratch resistance coating and hence it is quite prone to wear and tear. However, a usual screen protector would do the job. 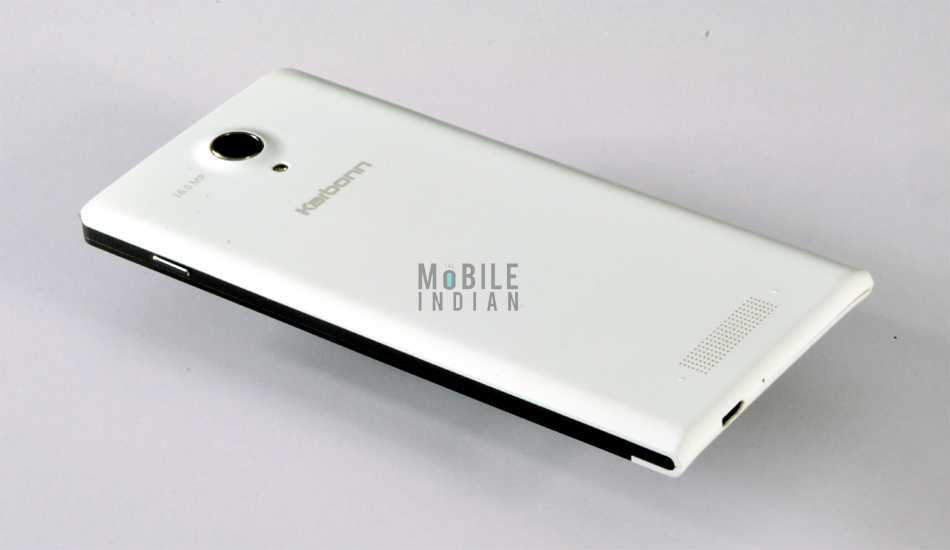 The display has though full high definition resolution and has thus huge 440 ppi pixel density. Brightness levels are also decent for outdoor usage. It did not give us any issue vis-a-vis touch through out the review period.

The Karbonn Titanium Octane Plus has the 1.7 GHz Mediatek True Octa core processor and has Mali 450 MP4 GPU to handle graphics. It has got huge 2 GB RAM and the latest Android KitKat operating system. The phone thus got huge score of 27658 on Antutu benchmark. As expected, it easily managed to run several games including the Dead Trigger 2 in high setting with ease. Multitasking wasn’t an issue either. 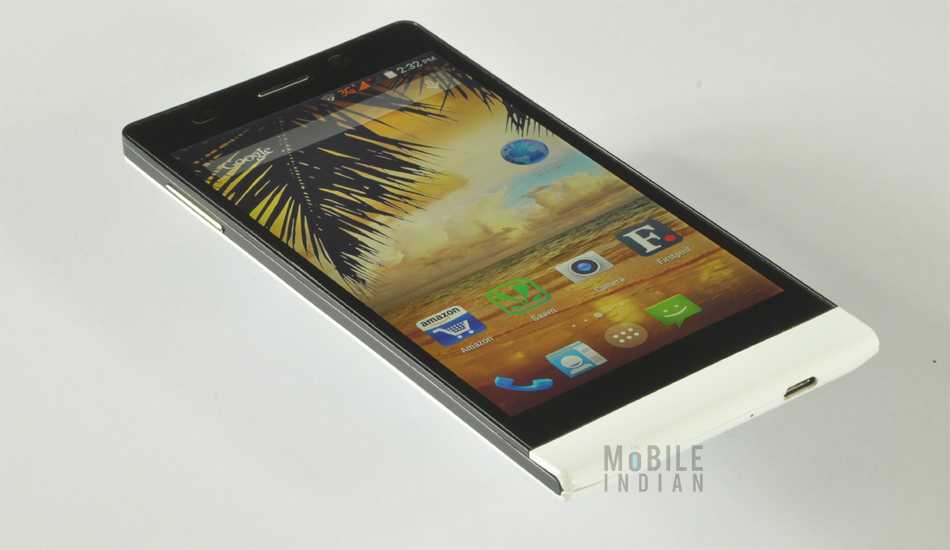 The phone has a 2000 mAh battery which does able to keep the phone stay alive for about 10-12 hours with mixed usage. But do not expect anything more than that. Heavy data users and gamers would have to keep the charger handy which is quite palpable as any handset with FHD screen and octa core processor would bound to consume data quite quickly. 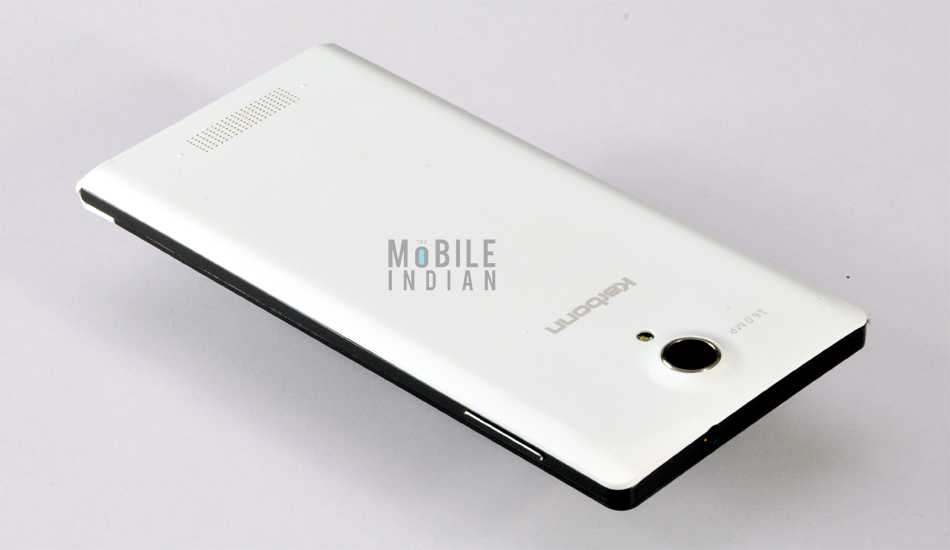 The phone has several pre-loaded games and apps including Modern Combat, My Tom, The Avengers, Karbonn Ebazzar etc. All the pre-loaded games are of demo nature and are useless to be quite frank. Many of them are cannot be uninstalled either.

The Karbonn Titanium Octane Plus has a 16 megapixel auto focus camera and an LED flash in its rear panel. In the front, this phone has an 8 megapixel camera. It has the native Android camera and comes with usual features like Panorama, Smile Shot etc. 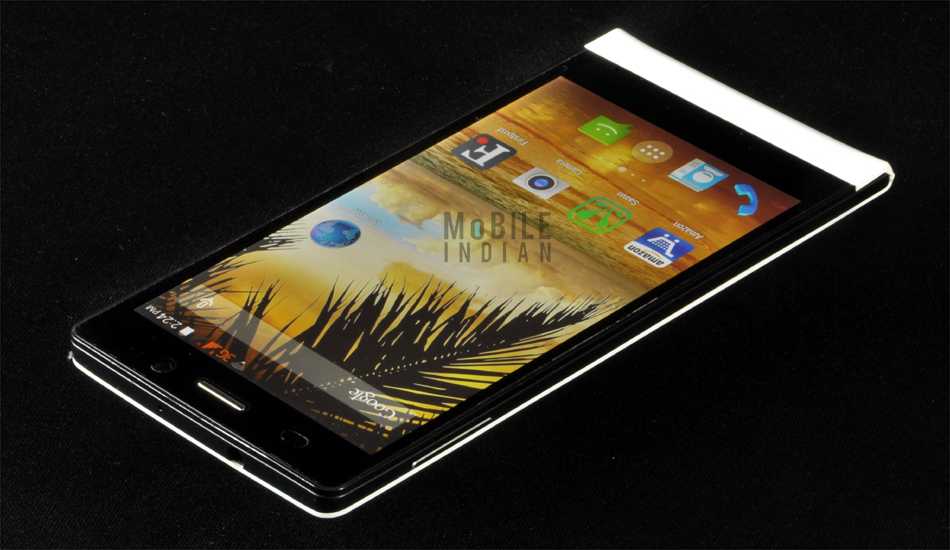 As far as quality is concerned, the rear camera manages to focus on objects quite well and in good lighting colours are captured as they are. Resolution wise though, the 16 megapixel camera does not seem like a true 16 MP lens; even 20 per cent cropping would deteriorate pictures. Under lights and in low light, the camera does a decent job. 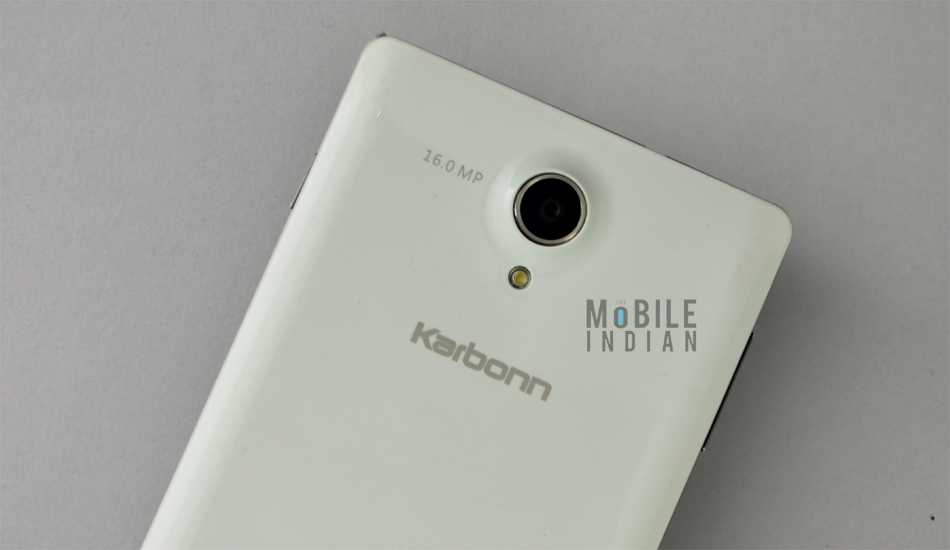 The 8 megapixel front camera is though much better than competitors. It is indeed one of the best front cameras in its price bracket and it manages to capture colours nicely, without grain or noise. 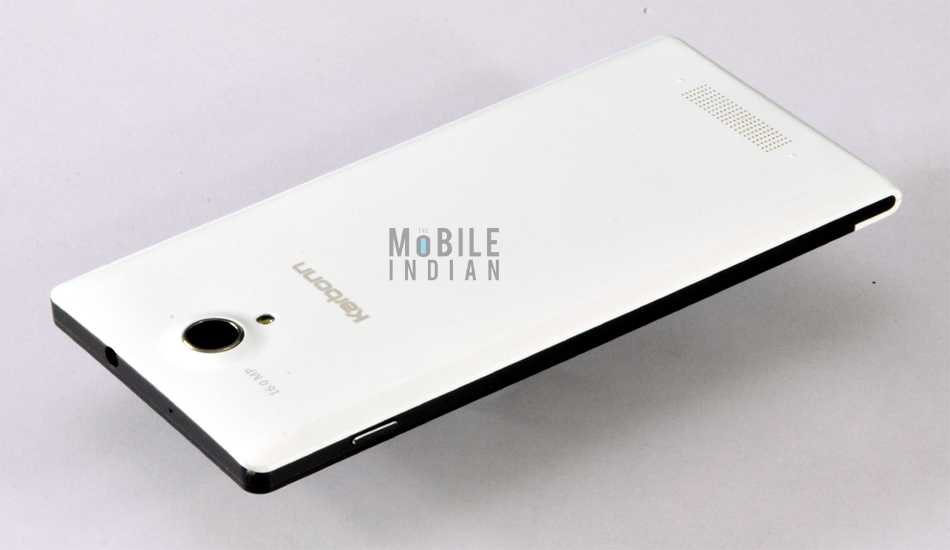 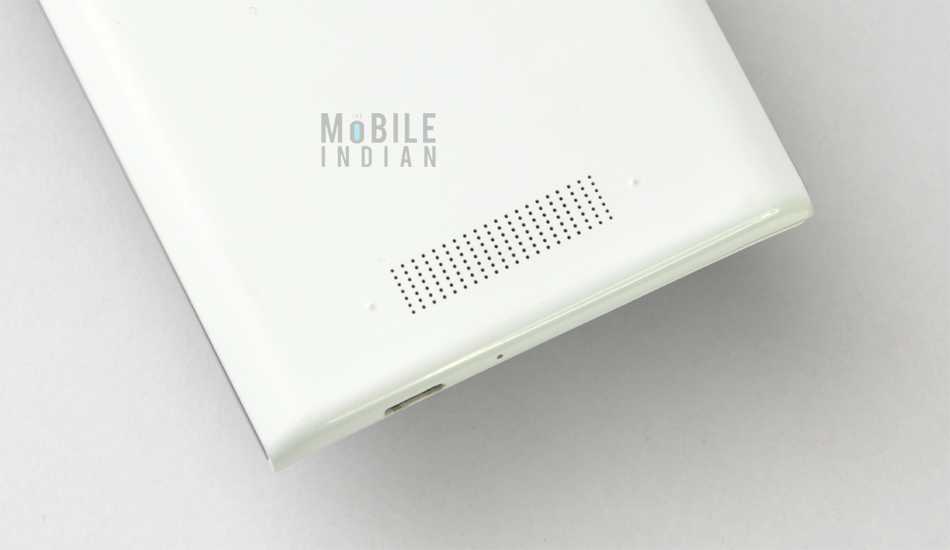 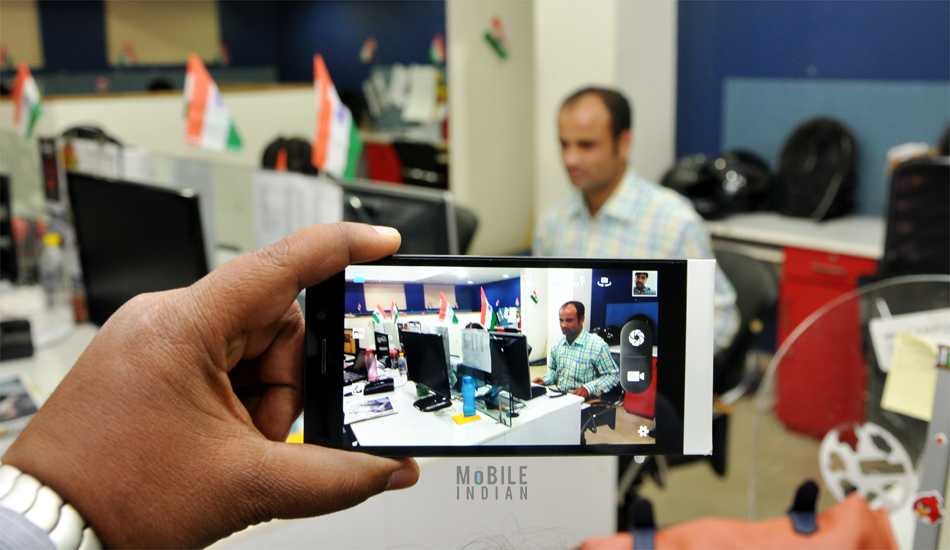 Connectivity wise too the phone is quite decent. It has two SIM slots, offering 3G connectivity via one. Besides, it has all the usual features expected from an Android phone like WiFi with hotspot capability, Bluetooth, micro USB port, 3.5 mm jack and GPS. The Titanium Octane Plus has also a bunch of sensors including G-sensor, Proximity sensor, Light sensor, Gyro sensor, and Magnetic sensor.

Karbonn has recently reduced the price of Octane Plus to Rs 13,990 from its previous price of Rs 16,990 - a wise move indeed. At the new price point, the phone looks a bit better. It definitely impresses with its powerful hardware but there are so many in its price range like the Xiomi Mi 3 which also offer equal and even better hardware. Battery back up isn't the best aspect of Octane Plus but its camera capability is certainly can be termed as much better than many of its competitors but again not the best in this price range. But the most important aspect that Karbonn has neglected is its designing. The Titanium Octane Plus has poor finishing and it comes with a cheap looking plastic body which does not augur well for its cause at a time when even cheaper phones than this phone are coming with much better metallic body.