The Karbonn Titanium Machone delivers what it promises and is definitely a good product at its current price of about Rs 6,500.

Launched in January for Rs 6,990, Karbonn Titanium Mach One is available in three colour variants White-Silver, White-Gold and Deep-blue. 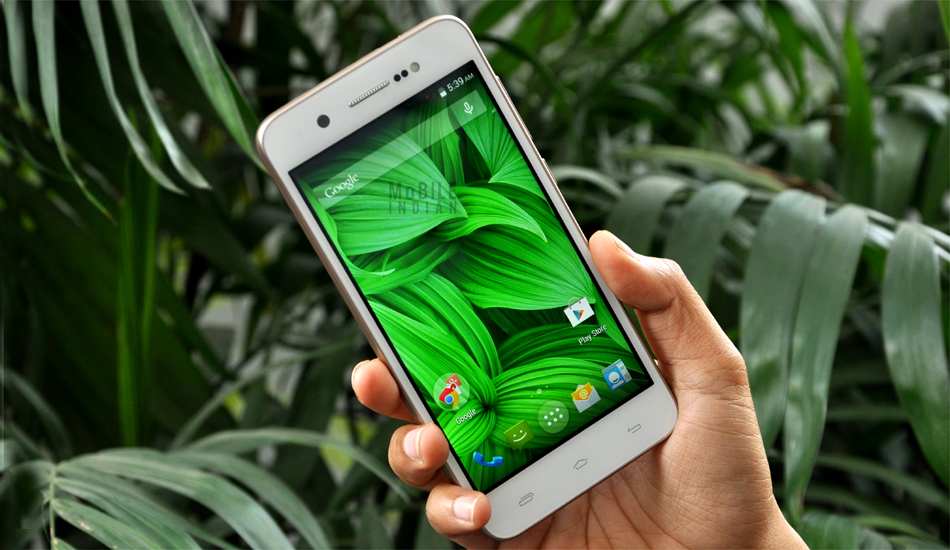 Karbonn Titanium Mach One offers a 1.3 GHz quad core processor, 1 GB RAM and Mali 400 MP2 graphic processor. Though the phone has been launched with Android OS 4.4 KitKat version, it is said to be upgradable to Android Lollipop. The Karbonn Mach One has a 4.7 inch HD IPS screen and 8 GB internal storage. 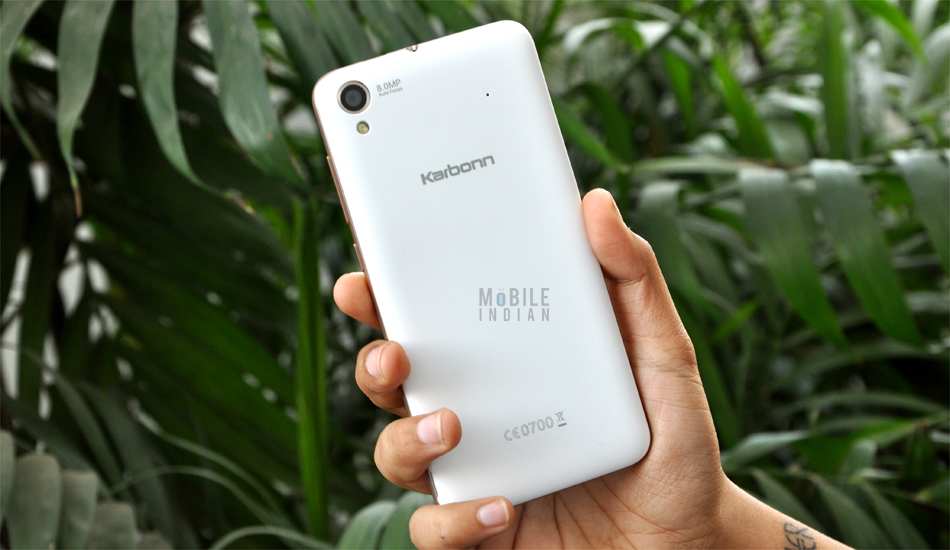 The Titanium Mach One is equipped with an 8 megapixel rear camera with BSI sensors and a 5 megapixel front camera with LED flash for selfies and video calling. Besides, this dual SIM (two 3G SIMs) smartphone has 3G, Bluetooth, WiFi, GPS, and an 1800 mAh battery. 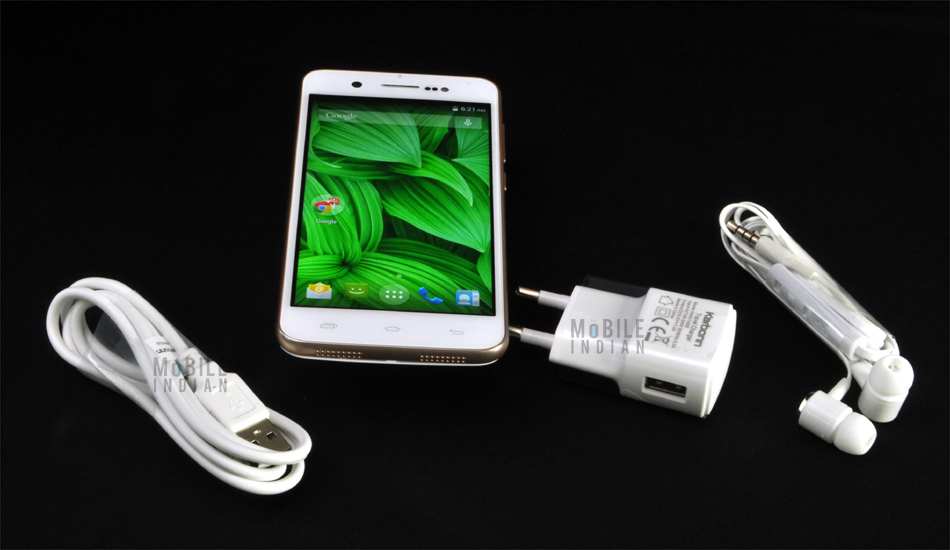 We used the Mach One for about 20 days and here is our experience with the phone. 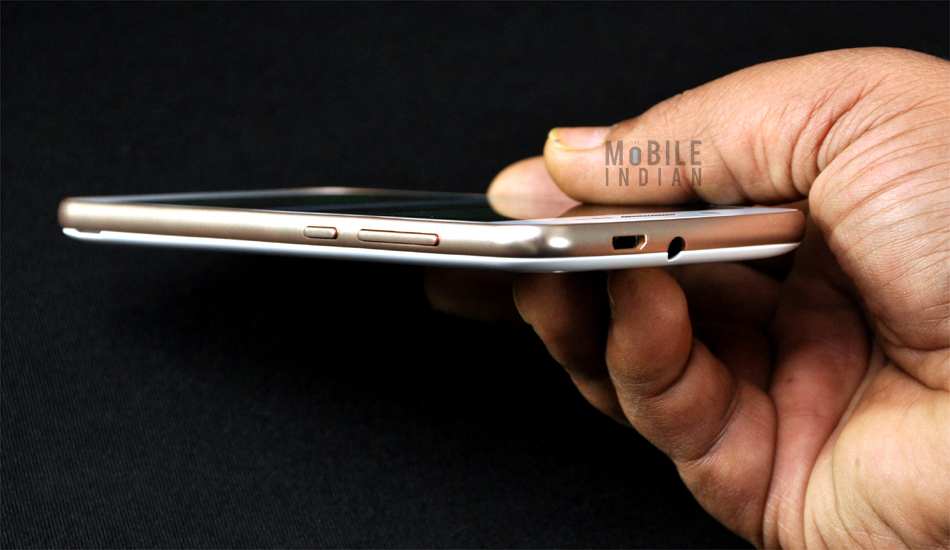 The Karbonn Titanium Mach One is a beautifully designed smartphone. The white gold version which we got for review was an elegant one. It has matte finish back panel but it isn't dull - it sparkles under light. 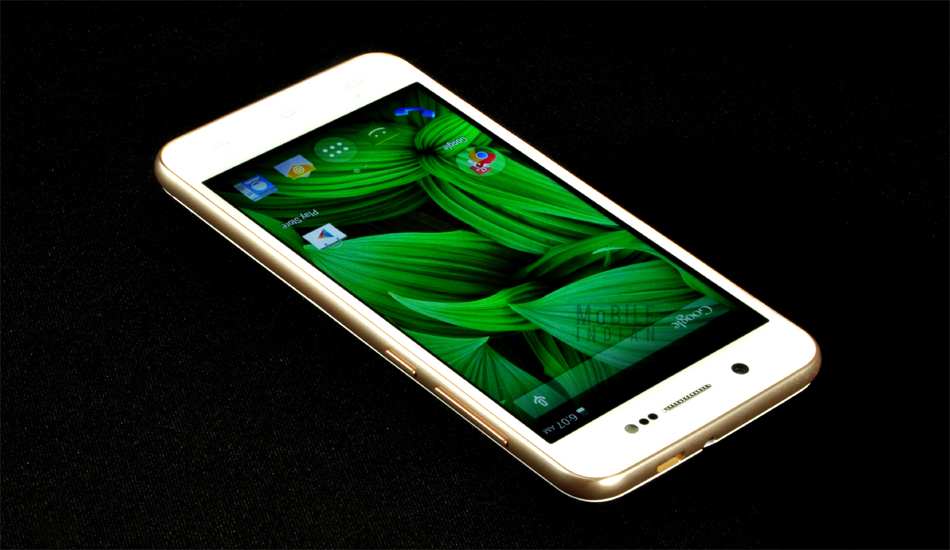 The buttons - volume rocker and power button - are on the right hand side and are part of the metal stripe that covers all the four sides of the device. Thus the buttons are quite tough. The phone itself is quite light (124 grams). It is also quite thin, 8.1 mm to be precise. 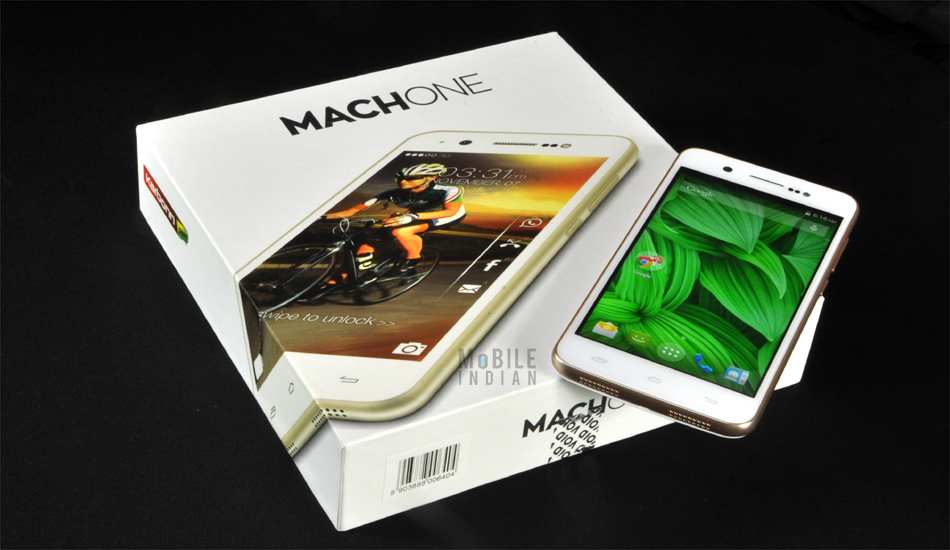 The touchscreen's response is also quite satisfactory but that cannot be said about the brightness, which isn't quite enough for bright outdoors.

The beauty of Mach one is equally matched by a powerful 1.3 GHz quad core processor and 1 GB RAM. This reflects in its Antutu benchmarking where it got decent 18556 score. Most importantly, I did not see any fluctuation in its performance throughout the review. It manages and closes apps fast and without hiccups and plays games with ease. 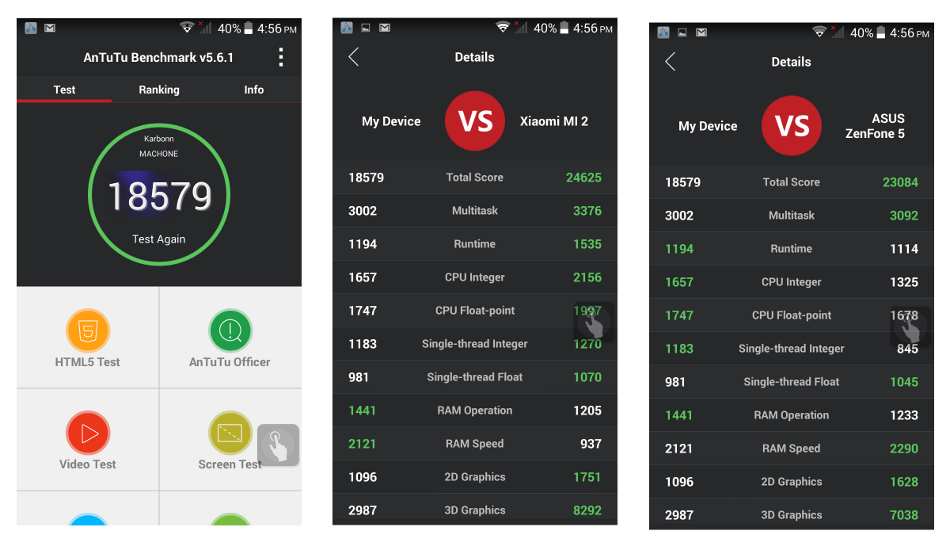 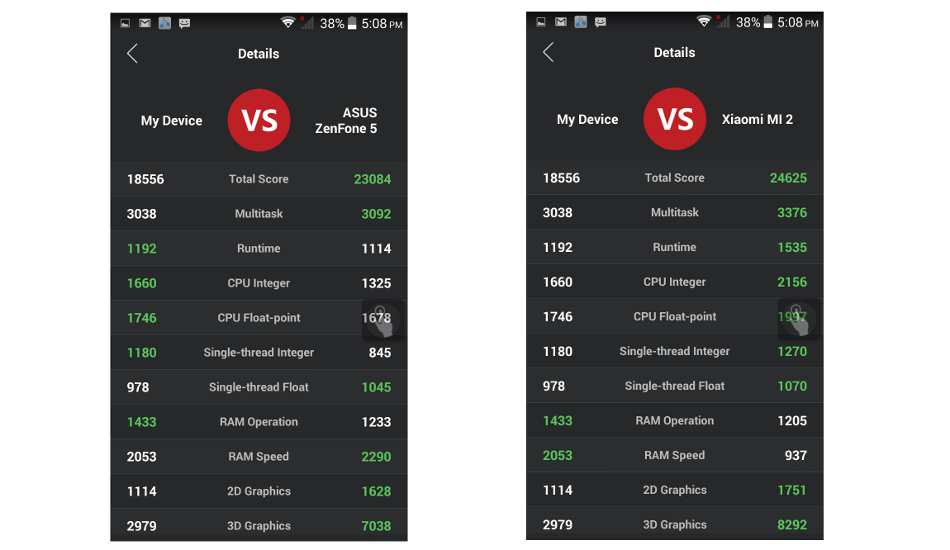 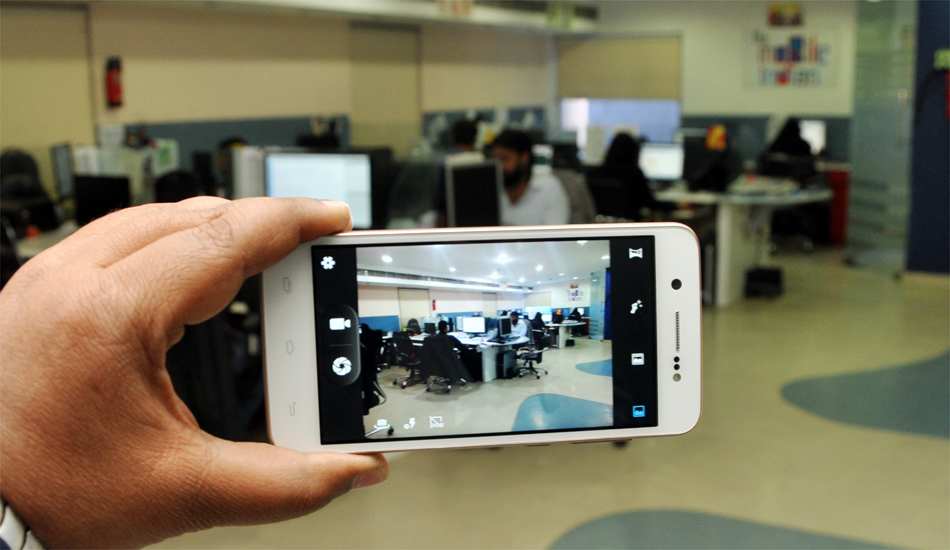 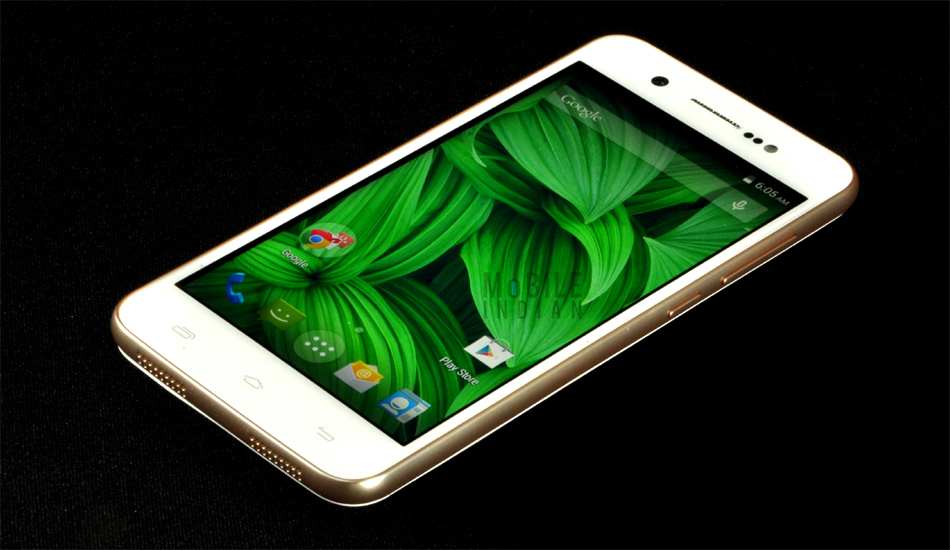 Memory wise the Mach One too is quite decent as it has 8 GB internal memory and an expandable storage slot for up to a 32 GB micro SD card. 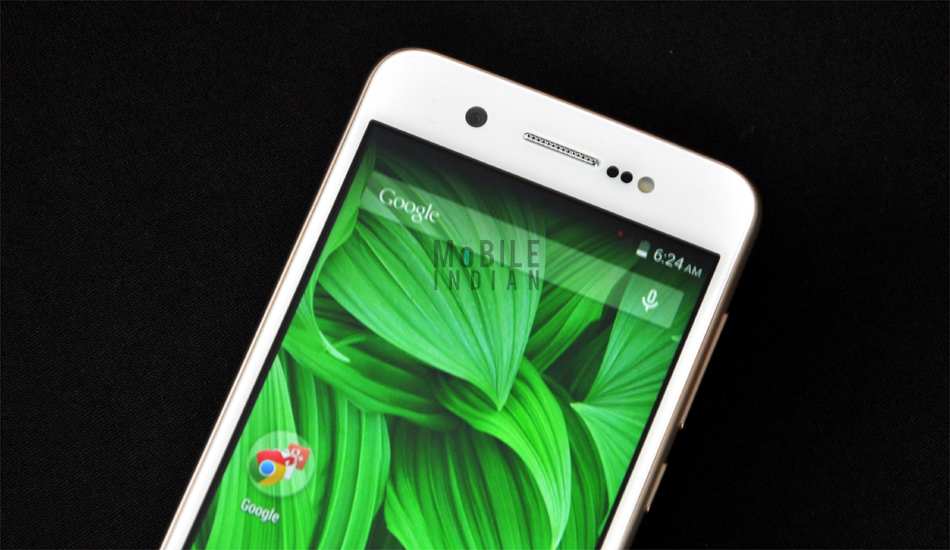 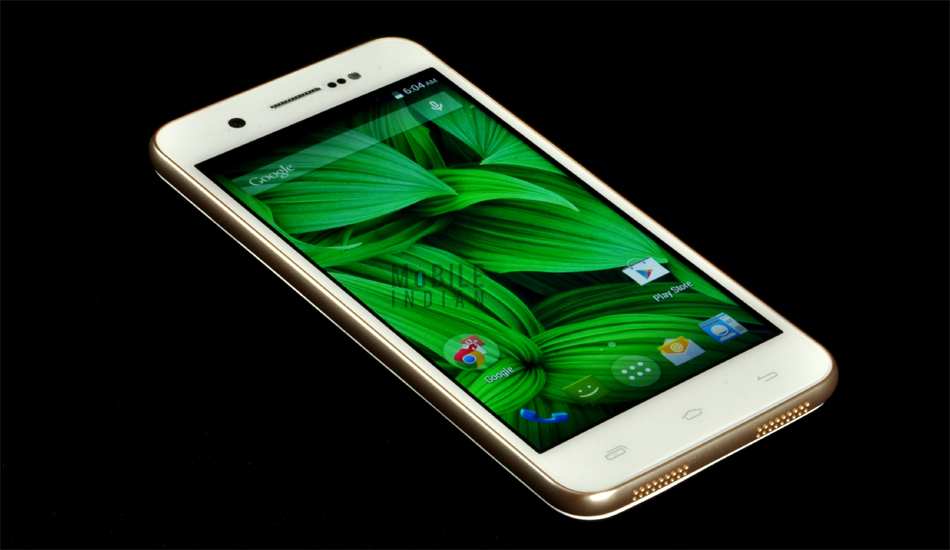 Though the Karbonn Titanium Mach One misses out on 4G, it offers 3G, WiFi, Bluetooth, GPS with A-GPS, micro USB port, and a 3.5 mm jack. Note that both the SIM slots are meant for full sized SIM cards.

The Karbonn Titanium Mach One has an 8 megapixel auto-focus camera and a LED flash in its rear panel. The rear camera does a good job in good lighting and it has no issues in focusing on close objects as well. The 8 MP unit also is quite good in capturing colours. 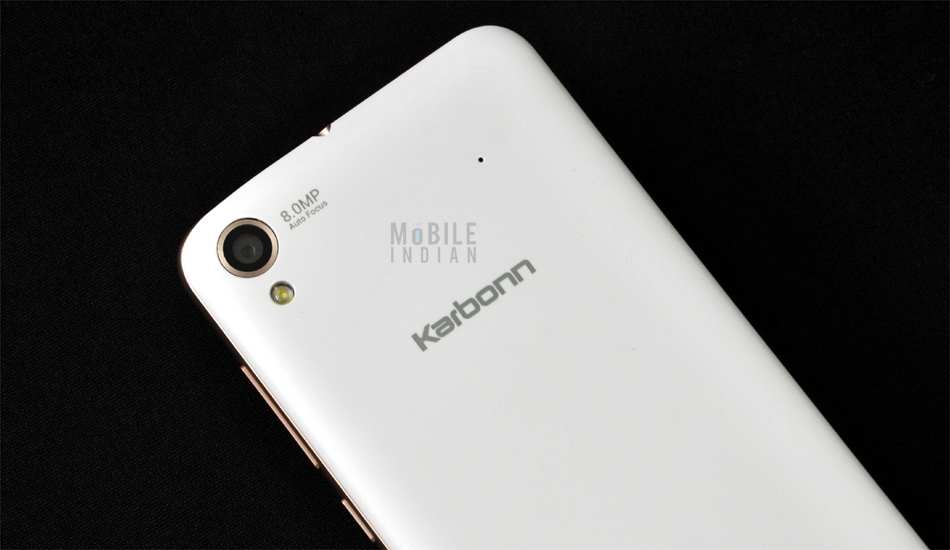 The front 5 megapixel camera too is quite decent. It has a flash light in the front too that comes quite handy while clicking selfies as well as in video calls. Moreover, the phone has the "Blink to Capture" feature that makes clicking selfies a lot easier. 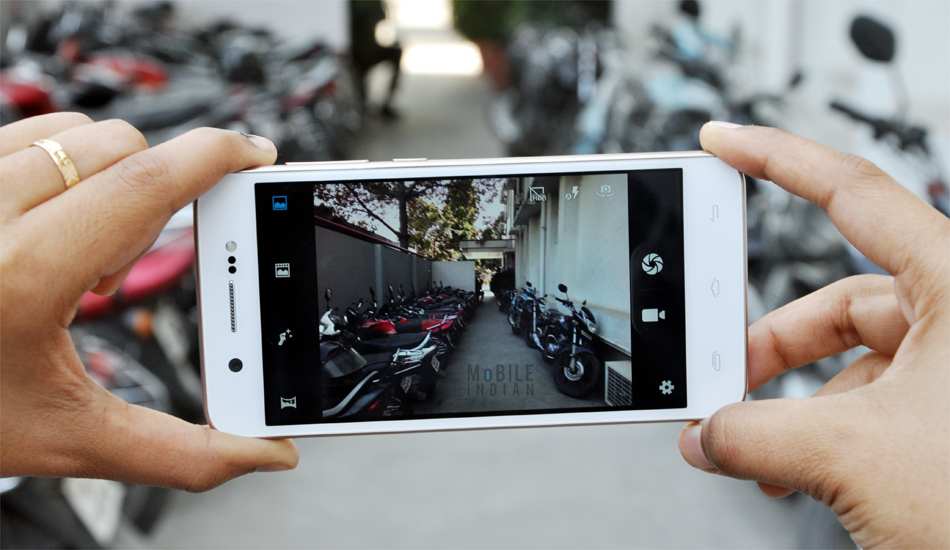 We have already posted several pictures captured via its cameras which you can check out HERE and decide for yourself.

There is an 1800 mAh battery unit in the Karbonn Titanium Mach One which though doesn't look quite big, offers sufficient back up. In our case, the phone consumed 24 per cent in playing a 45 minute video with full brightness and during which we were using a Bluetooth headset with maximum volume. 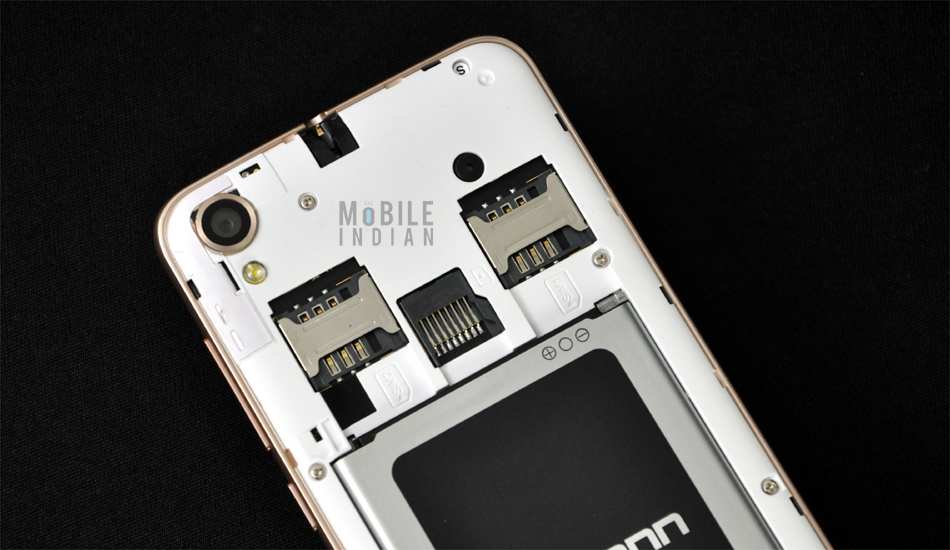 When we halved the brightness, it consumed just 10 per cent to play the same video.

Currently, the Mach One is available for about Rs 6,500 at which it is definitely a good bargain. It looks good and is quite fast. Battery back up and camera quality is quite satisfactory too. In short, Karbonn Titanium Mach One is bang for the buck.