Here’s our review of the iQOO Z6 Lite 5G, the latest budget smartphone from the Vivo sub-brand. 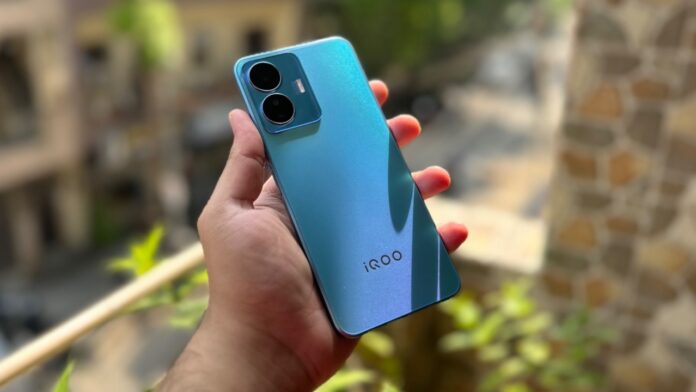 iQOO is attempting to attract the Indian consumers looking for a budget device with a new offering called the iQOO Z6 Lite 5G. The newest device from iQOO not only offers 5G below Rs 15,000, but is also the first smartphone in the world to be powered by the latest Snapdragon 4 Gen 1 chipset. What does it have to offer for its price? We’ll find that out during our review of the iQOO Z6 Lite 5G.

The design of the smartphone is similar to some other smartphones from iQOO itself and some other Chinese brands. However, it doesn’t feel very cheap because of the matte finish at the back and a shiny look. The frame of the device is plastic and as it has flat sides, the device is easy to hold.

The fingerprint button on the right is well placed and is accurate in recognition. The buttons are clicky enough and the overall feel is quite impressive for a device that starts at Rs 13,999.

The device has dual rear cameras and the second module has another circle with the 5G branding inside it that looks a little odd because of its placement. However, the darker look of the glass-like module is in contrast with the back panel and gives it an elegant look.

As for the display on the front, it is a 6.58-inch panel with a 240Hz Touch Sampling Rate, allowing for faster screen response time. It comes with a water drop-notch, 120Hz refresh rate and a resolution of 2408×1080 pixels. The notch design looks outdated at this point but a 120hz display at this price point is very much acceptable and makes up for any cons in this department.

The display is also bright but it can become a little tough to read under direct sunlight. The touch sampling rate makes the display responsive enough to the touch. However, while scrolling, I could notice a slight ghosting effect but that isn’t a major issue.

The iQOO Z6 Lite 5G has the Snapdragon 4 Gen 1 processor and we got the 6GB RAM + 128GB storage variant. The storage is also expandable up to 1TB, thanks to the hybrid SIM slot. The RAM Management of our variant was well managed. It also supports up to 2GB virtual RAM and that helps it a little. During my review of the iQOO Z6 Lite 5G, apps weren’t closing often in the background and resumed from where I left them off a while back.

The overall performance of the device exceeded my expectations. While there have been minor lags here and there in the UI which can be fixed via an update, we haven’t faced any major issues that hampered the experience. The apps are quick to open and load and the UI, for the most part, feels fluid.

FunTouchOS 12 based on Android 12 runs on the iQOO Z6 Lite 5G and the device also had the September patch which is quite impressive, considering most budget smartphones do not tend to focus on security patches. There are a good number of features such as Dynamic Visual Effects, Android 12-based UI theming, Face Unlock support and a dedicated gaming mode as well.

As for gaming, again, the phone surprised me as it was able to run Call of Duty Mobile at High graphics with max FPS. I didn’t face any major frame drops but the device can get warm during longer gaming sessions. Other games such as RL Sideswipe, Bullet Echo also ran smoothly. Further, I didn’t face any problems with 5Ghz Wi-Fi, Mobile data, or calls.

The battery inside the iQOO Z6 Lite 5G is a 5000mAh battery with 18W fast charging support. Unfortunately, iQOO decided to remove the power brick from the box and we think that is a result of cost cutting.

On the fortunate side of things, the 5000mAh battery can easily last you more than a day with moderate usage. It should last you a day with slight heavy usage but if you indulge it in more demanding apps such as gaming, navigation, etc, you will have to charge the device before the end of the day. During my review period of the iQOO Z6 Lite 5G, I could easily procure a screen-on time of 6 hours with video streaming, browsing, social media browsing and more.

With the 18W fast charger we had, the phone took around 1 hour 50 minutes to charge from 0 to 100%. While it cannot be considered ‘fast’, it is still decent and matches the standards of other budget devices in this range.

The iQOO Z6 Lite 5G comes with a dual rear camera setup, including a 50MP Eye Autofocus main camera and a 2MP macro camera. I would have liked it more if the secondary sensor was a wide-angle lens instead of a macro sensor that has never proven useful for me even once. Next, it has an 8MP front camera for selfies.

The shots from the main sensor have an okay-ish dynamic range with vibrant and very punchy colours. The sky can blow out when you are outdoors and it’s super bright but then there are a good amount of details and sharpness in the photo.

As for portraits, the shots from the 50MP sensor are impressive with very accurate edge detection for the bokeh effect. The effect is dense and looks great and the detailing and sharpness in the photo is on point. As for the macro photos, the 2MP sensor doesn’t help much with details. The photos still look blurry in most situations.

Selfies from the front camera are average and often come out to be blurry. You cannot expect a lot of sharpness but the colours look fine. The bright background doesn’t get blown out and in portraits, the edge detection is above average. I did notice an issue where the selfies often looked smudgy despite me keeping the phone still while taking shots.

Shots under artificial lighting are really vibrant which sometimes looks a bit overdone. Sharpness and detailing is okay but not very good. Under low light shots, things take a turn for worse, with bad detailing and blurry photos.

Night shots were also below average and interestingly, turning on the night mode made the photos look worse. 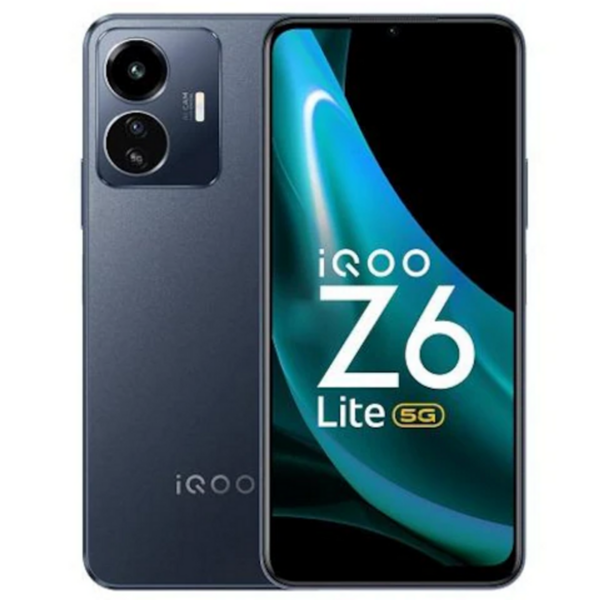 Load more
The iQOO Z6 Lite is a great smartphone for its price and gets a lot of things right including performance, design, build quality and even software. Camera isn’t its strongest feature but gets the job done for occasional photography.iQOO Z6 Lite 5G Review: The budget device to look up to