Infocus Vision 3 First Impressions: Will it make any difference? 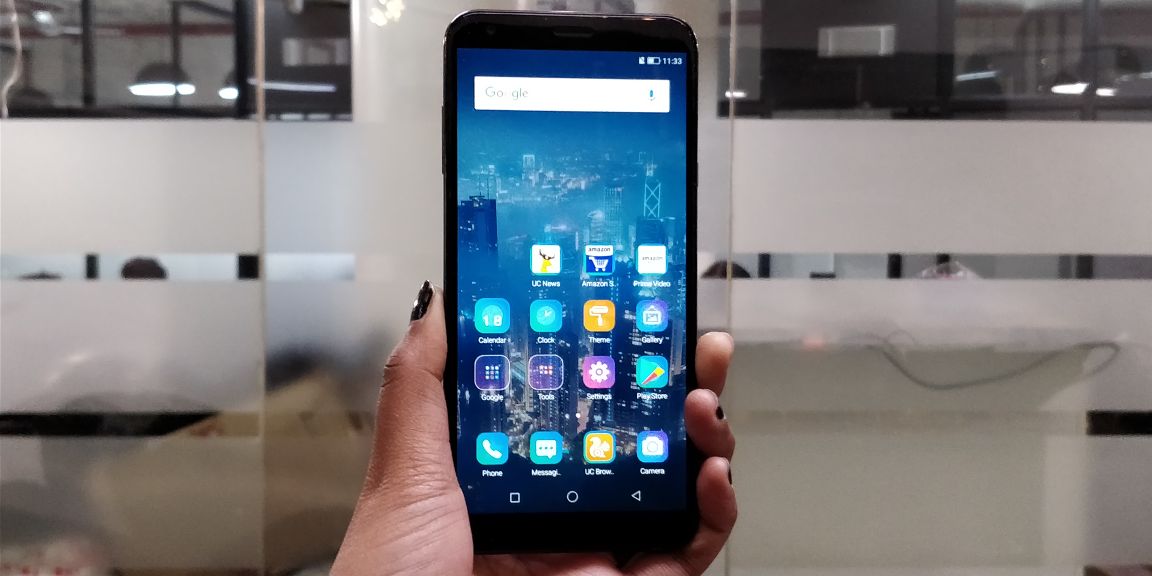 But will it be enough to make a long-lasting impression on the customers? We have used the device for a couple of days and here is our first impression of the smartphone.

Infocus has today announced its first smartphone, the Vision 3, which boasts a Full Vision display. The company has priced it at Rs 6,999, and it will be available exclusively on Amazon from tomorrow.
The other main highlight of the device apart from its display is thedual rear camera setup which is a combination of a 13-megapixel sensor and a 5-megapixel sensor, while for the front, there is an 8-megapixel camera making it a camera-centric smartphone on paper right off the back.

But will it be enough to make a long-lasting impression on the customers? We have used the device for a couple of days and here is our first impression of the smartphone.

Starting with the design, Infocus Vision 3 comes with a metal body which seems to be of decent quality. The round-edged comes with a curved back making the device comfortable to hold in hands. For the quick physical overview, at the top there is a front shooter along with an earpiece and usual array sensors, while at the base, there are onscreen buttons are given on the front. 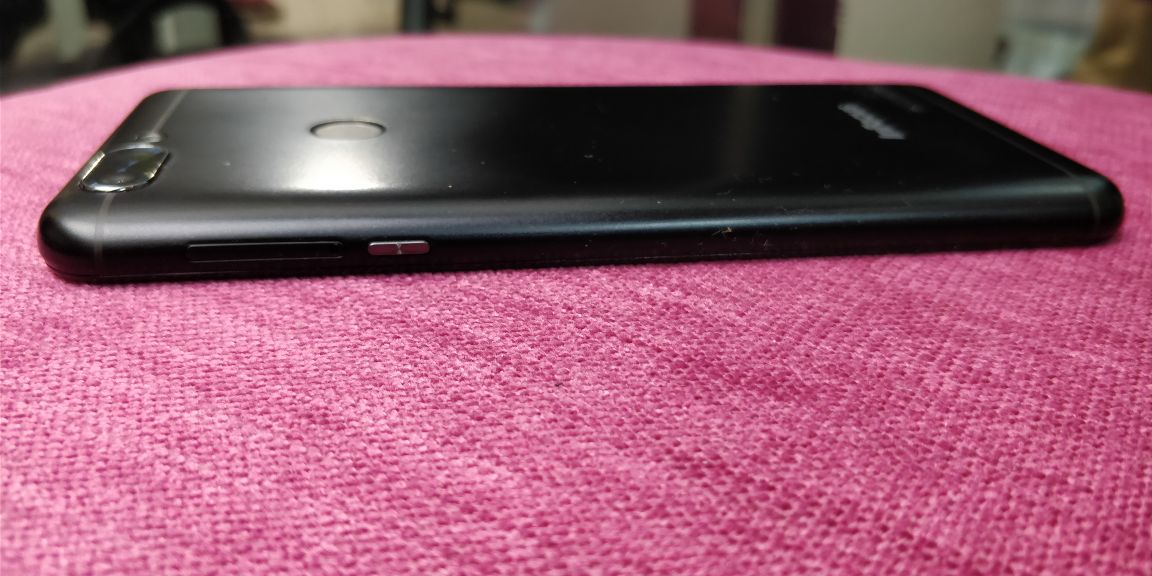 The rear of the device features a dual-camera setup with LED flash. Just beneath it, there is a circular fingerprint sensor at the centre and at the base of the back panel, one will find the Infocus branding. Below the company’s logo, lies the speaker grill at the right corner of the back. There are two antenna lines also near the top and the bottom.

On top, we have just a 3.5 mm headphone jack and nothing else. On the bottom, we have a micro USB port and a secondary microphone for noise cancellation. On the right side, we have power on/off button and hybrid SIM slot. While at the left, you will find volume controls.

During our brief testing of the device, Infocus Vision 3 felt good and it does give a decent look for this budget. Being only 170 grams in weight, the phone is quite light and is comfortable to hold in hand. 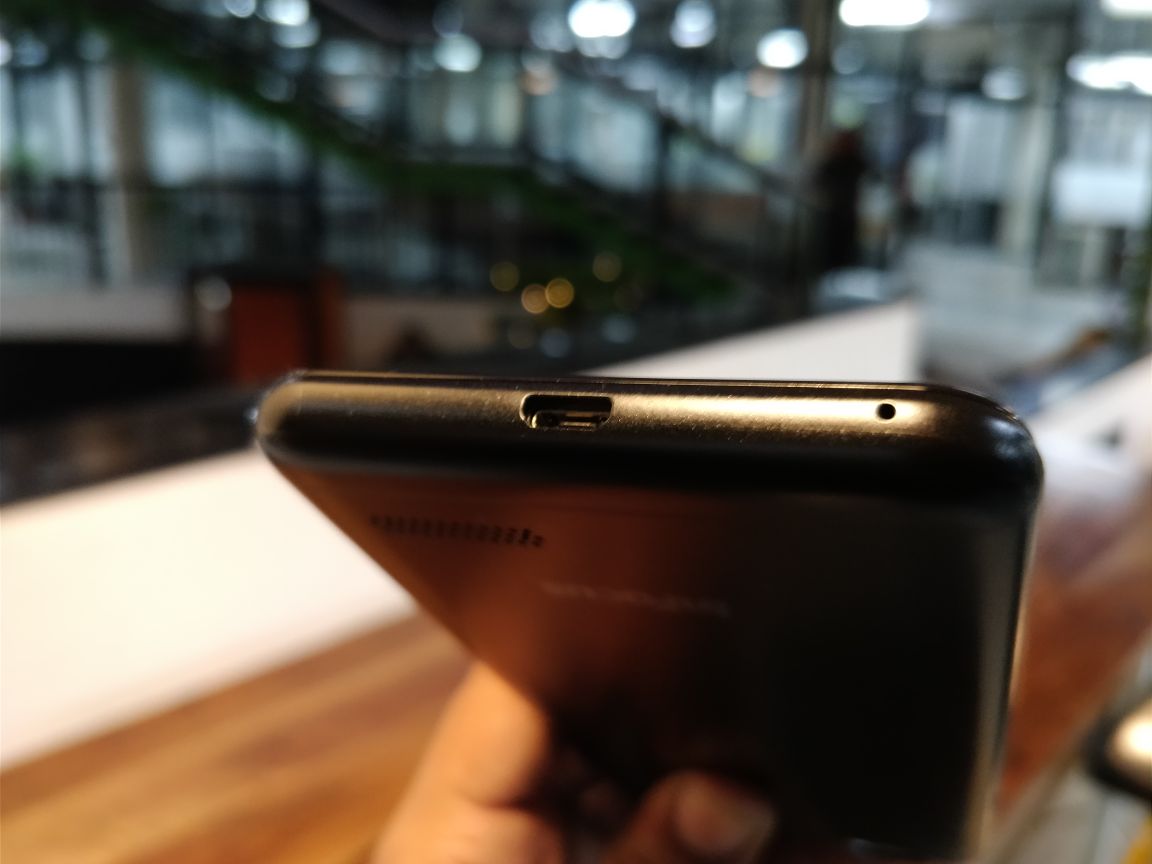 Coming to the display, which also happens to be the primary highlight, it comes loaded with a 5.7-inch HD+ display with 1440 x 720 pixels and boasts an aspect ratio of 18:9. The screen gives a pretty decent look, however, during our initial testing we found out the display colour changes quite noticeable when you view it from different angles. However, except that, it is quite bright and has a good outdoor visibility. We will talk more about this in our upcoming review.

Coming to the hardware specifications, the device is powered by a 1.30GHz MediaTek MT6735 quad-core processor along with 2GB of RAM and 16GB of internal storage. The storage is further expanded via microSD card slot. It is too early to comment on the performance of the device, but on papers, it looks like it will give competition to other popular smartphones like Xiaomi Redmi 4 and the Micromax Canvas Infinity which was also launched recently with FullView Display.

On the software side, the Infocus Vision 3 runs on Android 7.0 Nougat with company’s own Smile UX running on top of it. The user interface has its hits and misses and we will be discussing it thoroughly in our review, so keep a tab on this space. 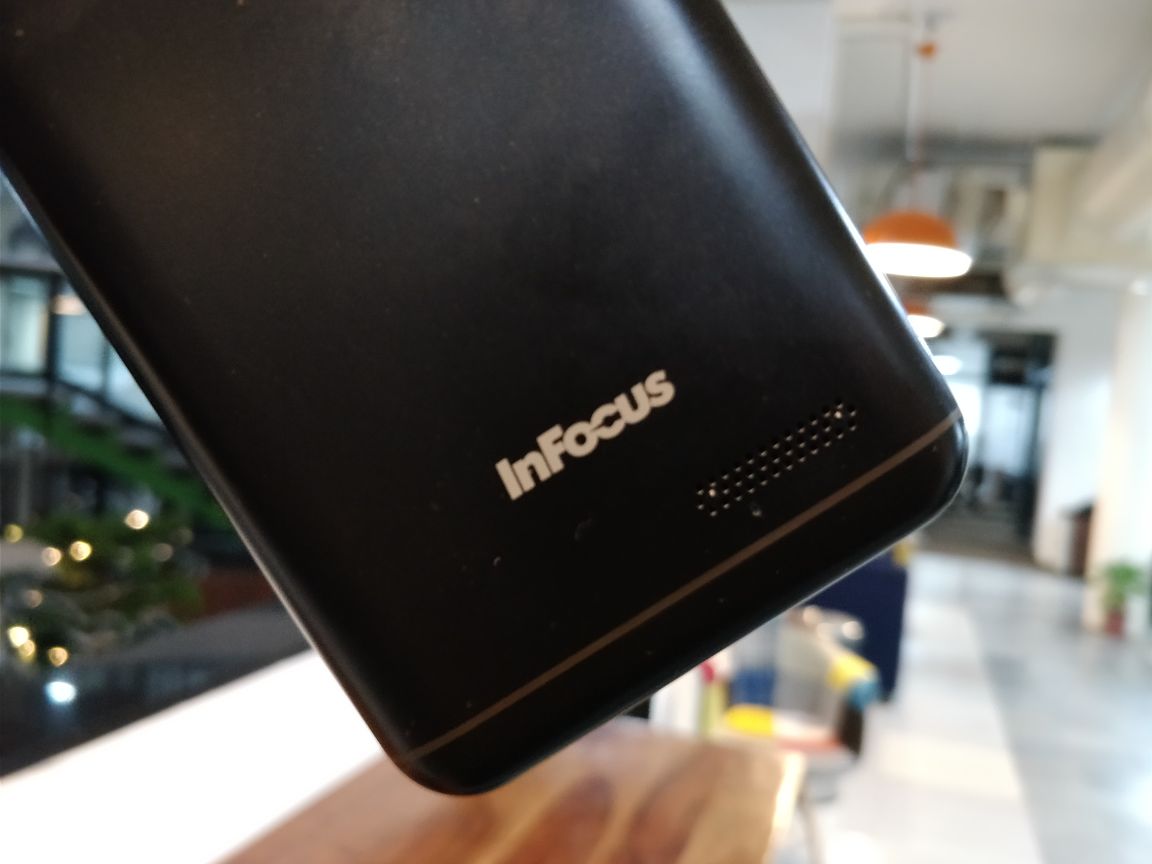 All the apps simple apps like Facebook, WhatsApp, Chrome, Gmail, Youtube opened quite easily, the device did not show any signs of stutters. Although, we did encounter minor lags while switching between multiple apps and loading games. Still, we can say that the performance is not bad either.

Now coming to the device’s other USP, the camera. The company has kept the camera UI pretty simple and you different options like Time-lapse, video, photo, beauty, panorama and portrait. The secondary sensor in the dual rear cameras is used to capture the depth and brings features like portrait mode where users can capture pictures with shallow depth of field. 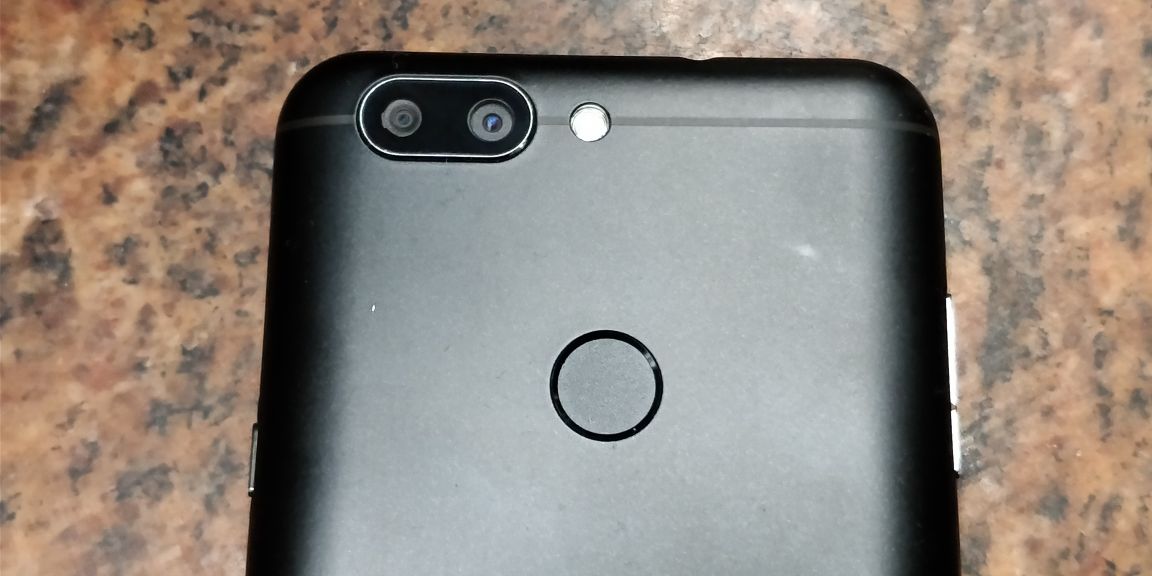 During our brief testing period, we found out that the device takes some decent photos in broad daylight. However, same cannot be said for low-light performance. The images appear to be grainy with some patches.The front camera does an average job as well, which is a good thing. Tune in with us for a detailed review later.

The Infocus Vision 3 packs a huge 4000mAh battery, which could easily make through the day, however, we will come with a detailed review of the battery performance of the device. For connectivity, it supports 4G LTE, Bluetooth, WiFi, micro-USB port and all the basic connectivity functions. The options are pretty much standard these days. As for the sensors are concerned, it comes with proximity, light, accelerometer and light sensors.

To sum up, the InFocus Vision 3 is a pretty average device at this price point. The smartphone comes with a pretty compact form factor and the Infinity display does look beautiful on the device, though the viewing angles are not great. As for the competition is concerned, at Rs 6,999 it is going to compete with the likes of Xiaomi Redmi 4 and the recent Micromax Canas Infinity.