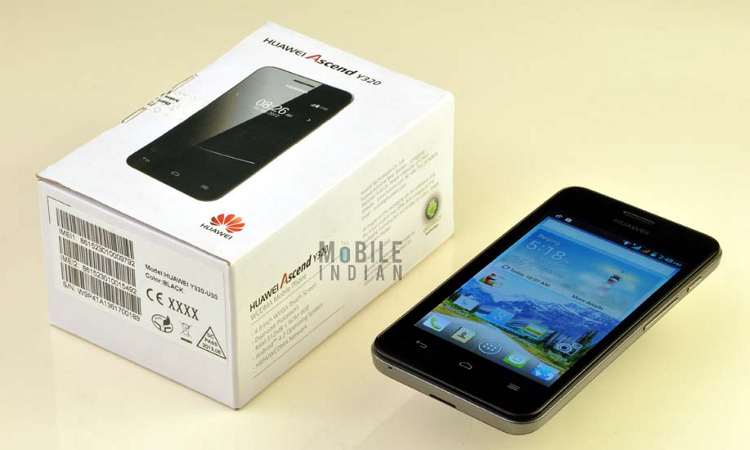 The Huawei Ascend Y320 is a decent budget smartphone and here is all you should know about it. 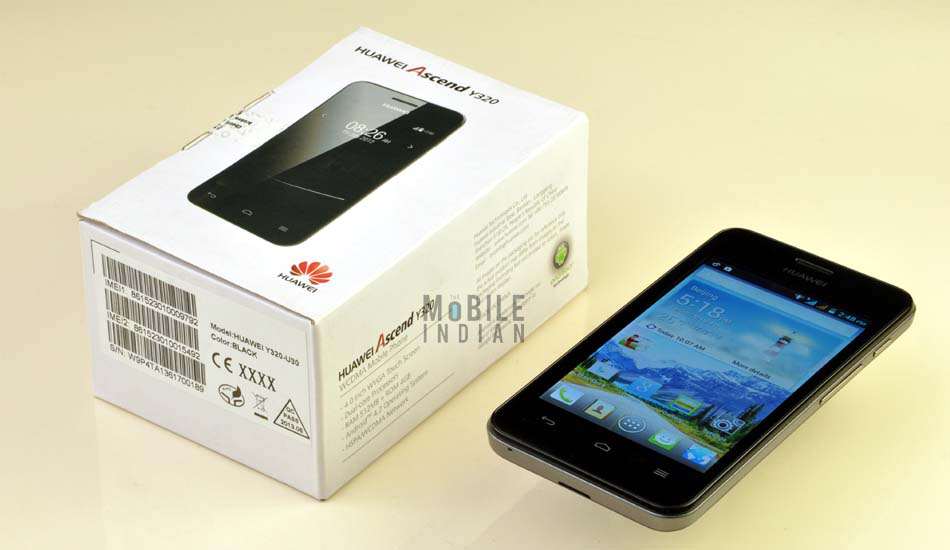 We got this for review for about a month during which we loaded with many games and applications and put it through many day to day usages to see its capability in real life situation. Here is an in-depth review of the handset.

The Huawei Ascend Y320 has a dimension of 123.3 x 63.2 x 11.1 mm and weighs 123 grams. As the figures suggest, the phone feels a lot light weight in hands. Being a 4 inch display based device, it will be easy to hold in hands even for people with small palm size. The phone has a textured back panel but the plastic cover feels slippery; if you have sweaty hands you may feel awkward while holding it. However, the black colour unit looks good with a metallic strip around its edges. 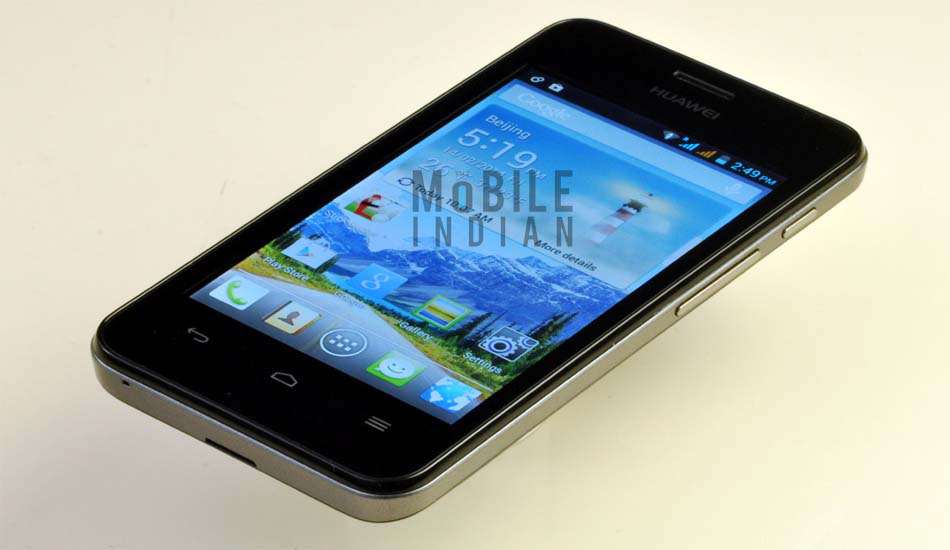 In the phone, the volume rocker and the power button are kept side by side in the right hand side panel while the 3.5 mm jack and the micro USB port are at the top. The rear panel harbours the camera unit and a speaker grill. Another speaker grill is at the front, just above the display. Below the display there are three off-screen capacitive buttons -Home, Return, Setting.

Under the back cover lies the dual SIM and micro SD card slots. All the slots are very clumsily placed that makes it difficult to insert the SIM cards as well as the SD card.

The Huawei Ascend Y320 has a 4 inch display. This TFT-LCD display has 480×800 pixels resolution. In such a resolution, you won’t be able to enjoy HD videos but most of its competitors come with the same resolution anyway. Also like its competitors, the display of Ascend Y320 does not have enough brightness for outdoor usage. The low viewing angle further compounds the problem. However, this screen has good response to touch.

The Huawei Ascend Y320 comes with 4 GB internal storage. Out of 4 GB, 1 GB is allocated while 1.49 GB is there as phone storage. The phone allows moving applications to SD card as well (note that not all apps can be moved to SD card; for instance you can move the Temple Run 2 to SD card but you cannot move Facebook). 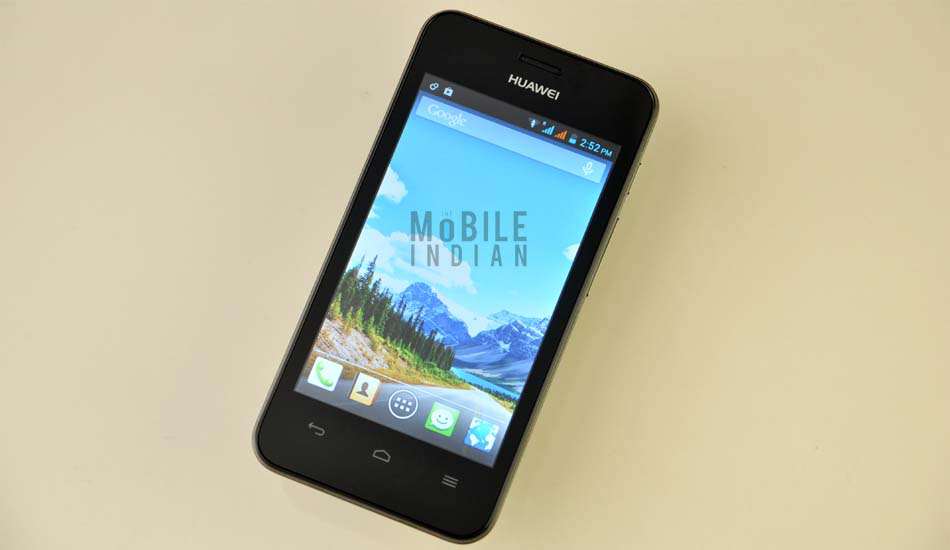 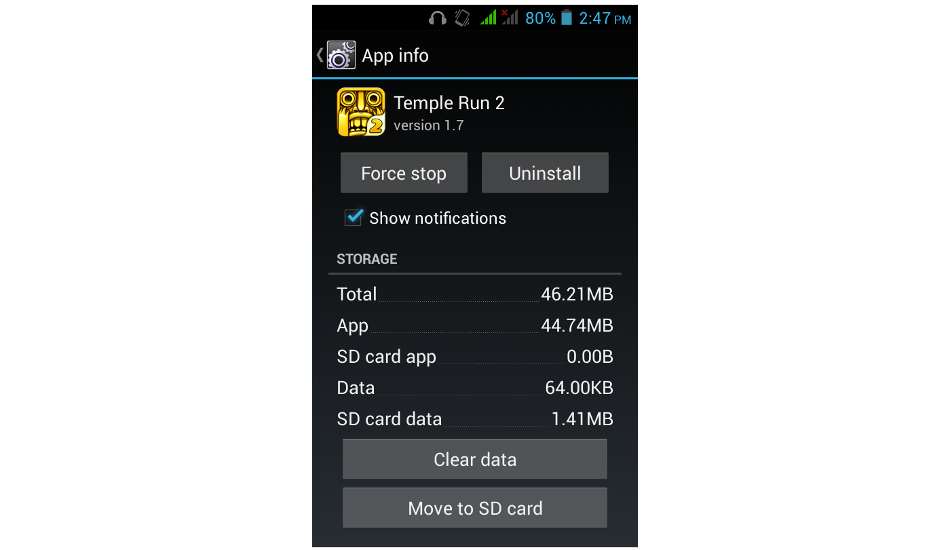 There is an expandable storage slot in the phone as well which can accommodate a 32 GB micro SD card.

Their is nothing boost about camera department in Huawei Ascend Y320 It has a 2 megapixel rear camera. There is neither a flash light or a front camera in this handset. This means video calling is out of question. Since it doesn’t have flash either, capturing images in low light (close objects) is also not possible as it produces almost dark pictures in dim lit rooms. 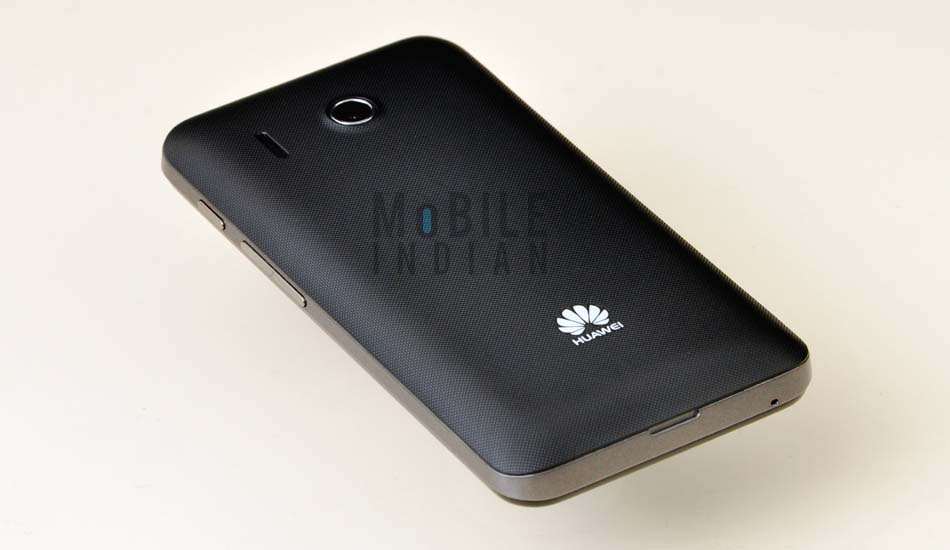 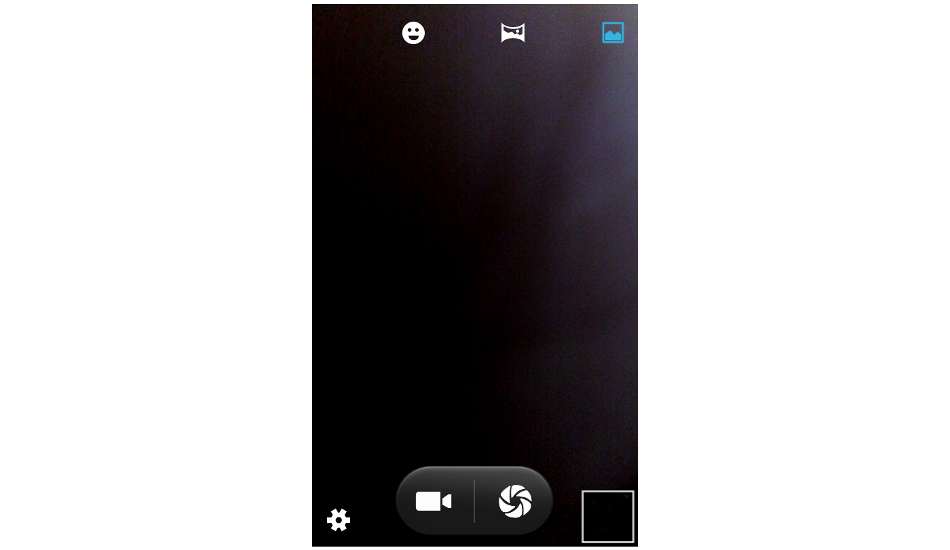 The rear camera is also of fixed focus in nature and is just the basic one that you can expect from a mobile phone. Since it is priced around Rs 6,000, Huawei should have armed it with a decent rear camera atleast. Since it has no front camera, there is no use of installing VoIP apps like Skype in this phone as well unless you want to do just the audio calls.

The Huawei Ascend Y320 comes with a 1350 mAh Li-Ion battery. With the supplied charger it gets fully charged in about four hours. 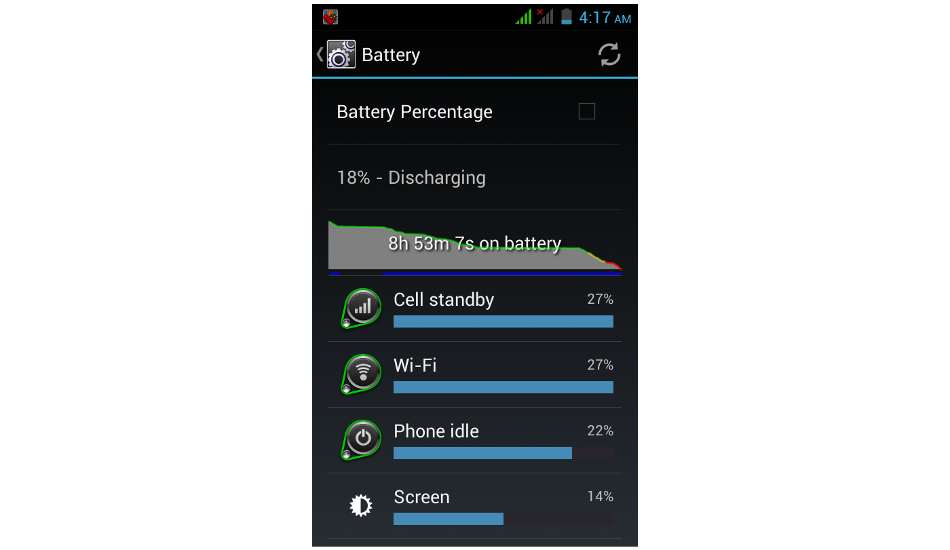 The battery gives very good back up as well as standby time. For instance, it can easily hold charge for 3-4 days (48 hours) without any issue with two SIM cards and even with around 6 hours of WiFi connection. Huawei though claims 300 hours or 12.5 days of standby in Ascend Y320. 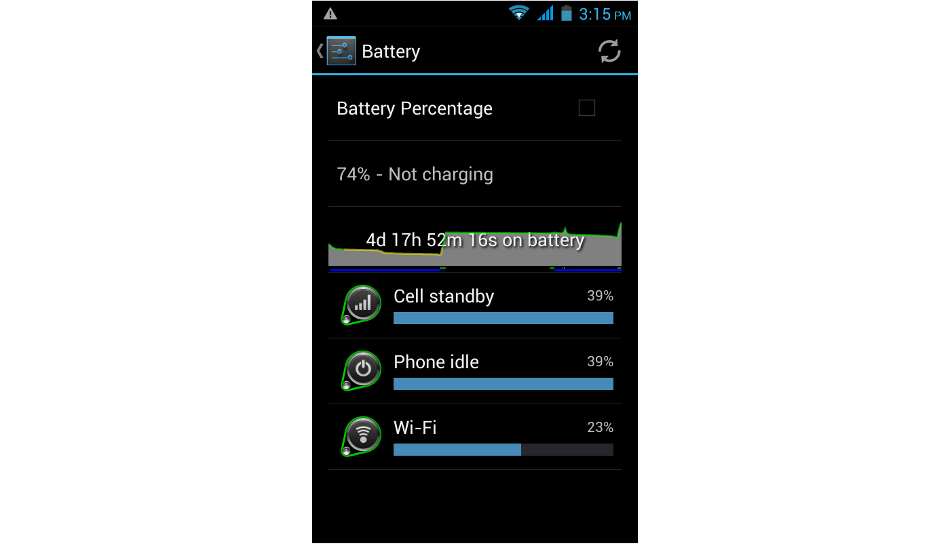 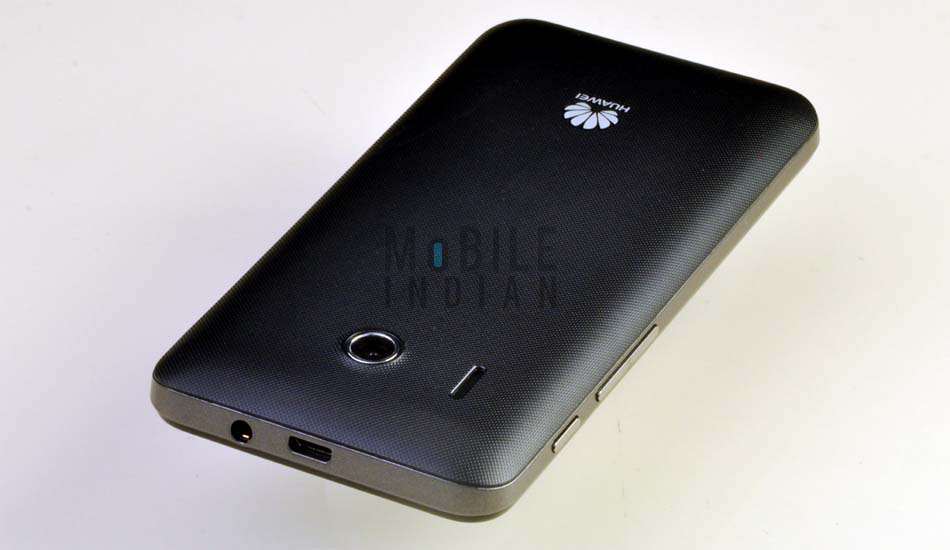 In one instance, we kept its brightness and volume at maximum and played an HD movie of one an half hours on it and it lost only 20 per cent charge. This means you can play about three movies of two hours easily. When it comes to gaming , one can expect around two hours of power supply while keeping the phone on maximum brightness and WiFi connectivity.

The Huawei Ascend Y320 has two SIM slots of regular sizes. It is not clearly mentioned which one of them is meant for 3G SIM. The phone is also armed with WiFi (b/g/n) standard, micro USB 2.0, and Bluetooth 3.0 for connectivity. 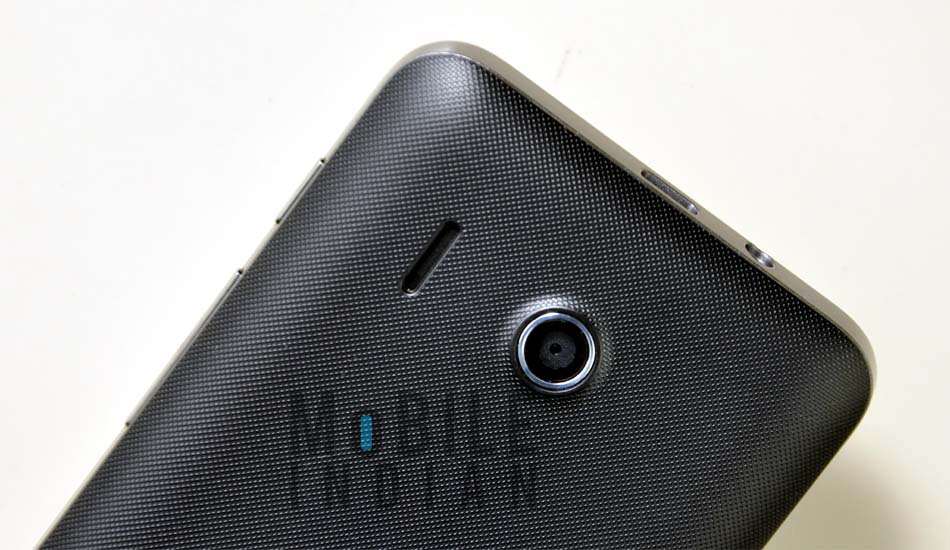 We have never faced any call drop but since the speakers are not up to the mark, it was quite difficult to hear the callers at times and you have to really clung to the phone to listen the voices. However, we never faced any issues in the phone vis-a-vis WiFi, Bluetooth, or micro USB port.

It has got GPS for navigation as well and it did a decent job.

The Huawei Ascend Y320 comes with the Cortex A7 CPU that consists of 1.3 GHz MT6572 dual core chipset. To assist it there is 512 MB RAM and the Mali 400 GPU. Since it is based on Android 4.2.2 Jelly Bean operating system, it is compatible with most applications including Temple Run, Stick Cricket, etc. 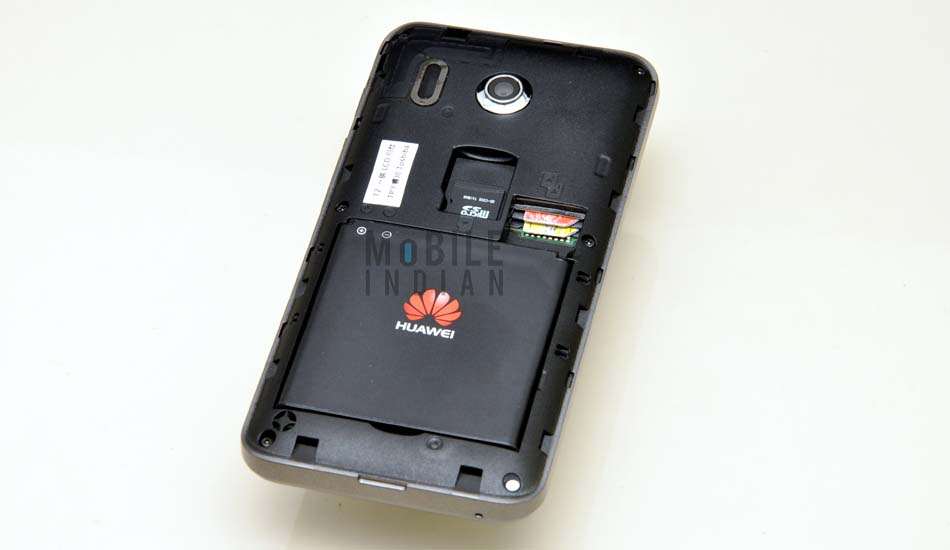 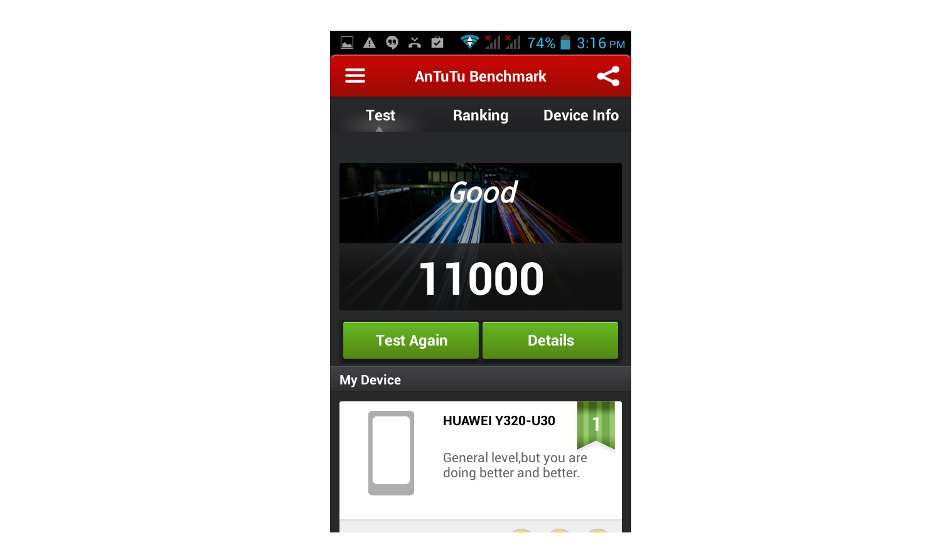 The phone never gave us any problem while playing Temple Run 2, Stick Cricket, Candy Crush etc. In day to day usage also, the phone never hung or frozen which is a very good thing for such a low-cost handset. 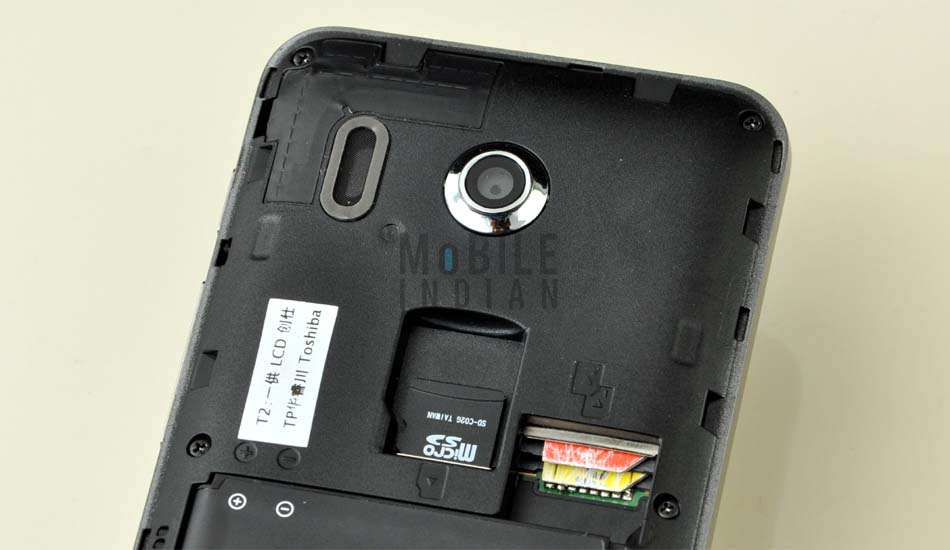 Its Antutu benchmark score of 11000 did surprise us a lot considering that even many Mediatek quad core phones have less score on Antutu.