The HTC U Ultra is priced at Rs 59,990 and will be available for purchase starting 5th of March.

At an event in New Delhi today, HTC launched two smartphones– HTC U Ultra and HTC U Play. Both the smartphones boast an all glass unibody design and come with HTC’s own AI-based Sense Companion. The HTC U Ultra is priced at Rs 59,990 and will be available for purchase starting 5th of March. We were at the event and had the chance to use the device for a brief period of time, so here is my first impression for the HTC U Ultra.

Design and Display
After being one of the first players to bring the metallic unibody design to Android smartphones, HTC has taken a different approach for design with the U series. The U Ultra being the premium of the two U-series device boasts a beautiful all glass unibody design. The U Ultra comes in three colour options – Brilliant Black, Cosmetic Pink and Sapphire Blue. The colours on the device are deeply infused to the glass which gives a beautiful reflective liquid surface at the back of the device. For the quick physical overview, the power button (textured) and the volume rockers on the U Ultra are situated on the right side, there is nothing on the left-hand side, the speaker grill sits at the bottom along with the primary microphone, the SIM Tray lies up top and sadly we don’t have our beloved 3.5mm headphone jack here. At the back, we get some HTC branding, along with the primary camera module which protrudes a little bit along with laser autofocus sensor and dual-toned LED flash. While glass is already a pretty good receptor for signals, we still get two antennae cut outs on each side. In the brief testing period, I find the device extremely premium to hold. The back of the device curves a little bit making it easier on the hands and the overall glass unibody design makes it one of the most beautiful looking devices at the moment. One downside, of the overly reflective glass body, is that it takes on fingerprints like anything. In other words, the HTC U Ultra is a fingerprint magnet. Further, the device can be extremely slippery at times so I would straight away suggest you to buy a back case along with the U Ultra. For the dimensions, the U Ultra measures at 162.4 x 79.8 x 8 mm and weighs in at 170 g. 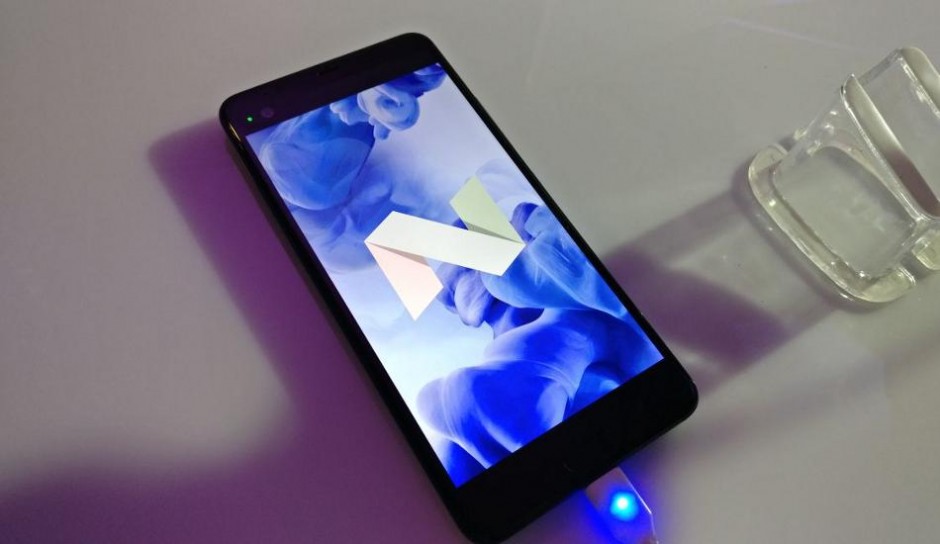 Coming to the display, the U Ultra sports a 5.7-inch WQHD (2560 x 1440 pixels) Super LCD 5 display which makes up for a pixel density of 513 ppi. Not only this, the U Ultra also comes with a secondary 2.0-inch (160 x 1040 pixels) screen up top which works a lot like the one we saw on the LG V20. In other words, the secondary display can show you your favourite shortcuts, reminders, time, app shortcuts and notifications when you are inside an app which takes up the whole screen. We tested the display on the HTC U Ultra indoors, so it will be too early to comment on the display quality just yet. 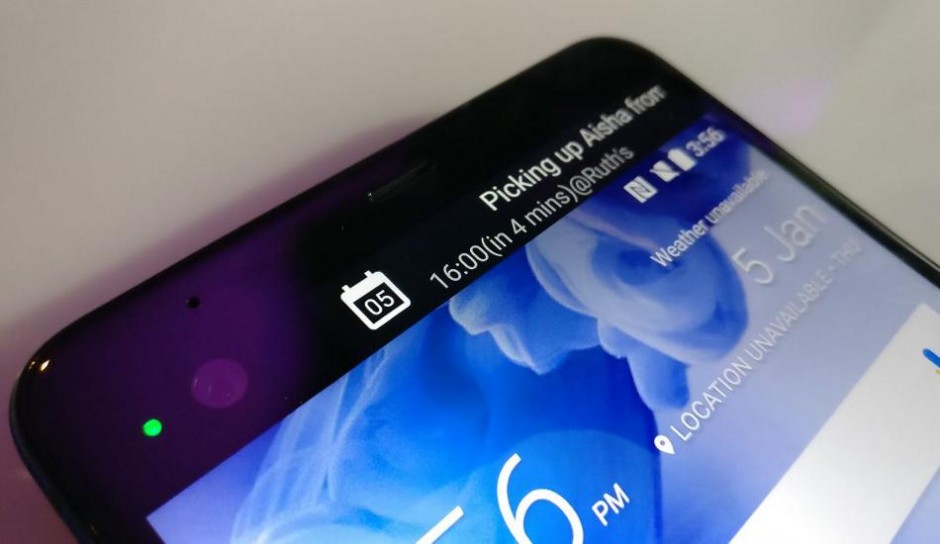 Quickly listing out the specifications first, the U Ultra is powered by a 2.15 Quad-Core GHz Qualcomm Snapdragon 821 SoC along with Adreno 530 GPU for graphics. It comes with 4GB of RAM and 64GB of internal storage which is further expandable via hybrid Dual SIM slot up to 2TB. The device runs on Android 7.0 Nougat with the latest HTC Sense UI. HTC Sense is known to be one of the lightest skins in the Android market right now, so the U Ultra is expected to perform as snappy as any other smartphone currently on the market. There was some bloatware on the device, but we guess it is removable which is a good thing. Further, HTC has removed all the duplicate apps starting with last year’s HTC 10 which makes up for a little more space for you to load your photos and music. The fingerprint which is located at the front worked like a charm and it also acts like a Home Button. Snapdragon 821 coupled with Sense UI promises to put on a pretty commendable performance. While the entire story can be only judged once we are done with the full review, HTC U Ultra offer the best internals currently in the market. 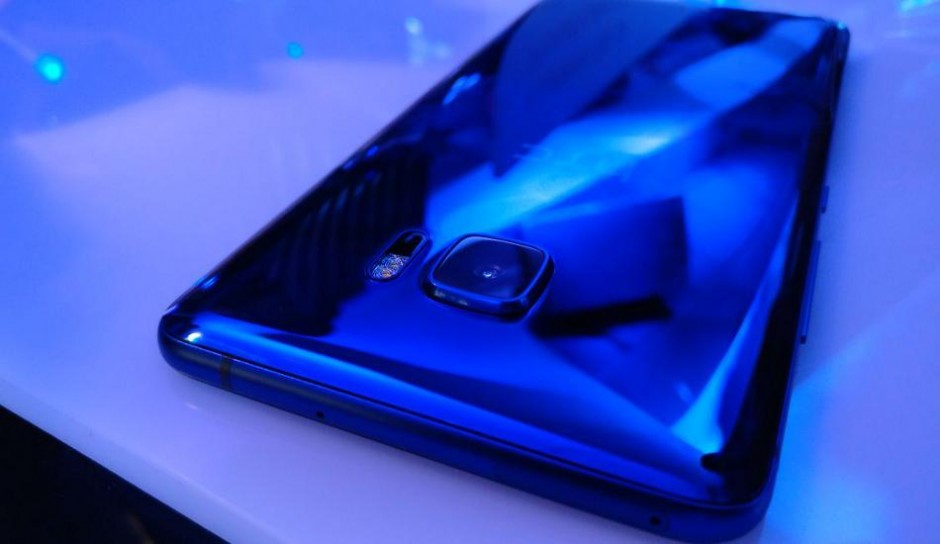 The camera is something which HTC has been struggling to cope up with its competitors. We all know how it went down with the HTC One M9 back in 2015. Nevertheless, the U Ultra features a 12-megapixel (read UltraPixel 2) camera at the back with 1.55-micron pixel size, BSI sensor, Laser autofocus, PDAF, OIS, f/1.8 aperture, Dual-toned LED flash, slow motion, 4K video recording etc. While at the front, we get a 16-megapixel (UltraPixel) camera with BSI sensor, Auto HDR and 1080p Full HD video recording. Both the rear and front camera on the HTC U Ultra looked pretty impressive in the first instance. The laser autofocus was able to do its job even in dim lighting conditions and there is nothing new in the software department here. The front facing camera appeared to be on par as well, however, we would still recommend you to wait for our detailed camera test and review of the device before making any judgement about the U Ultra’s camera performance.

Battery and Connectivity
The U Ultra comes with a 3000 mAh non-removable battery which in my opinion is a bit less for a device this size. The 5.7-inch WQHD screen will double up the battery consumption, however, it is too early to comment on the battery performance just yet. 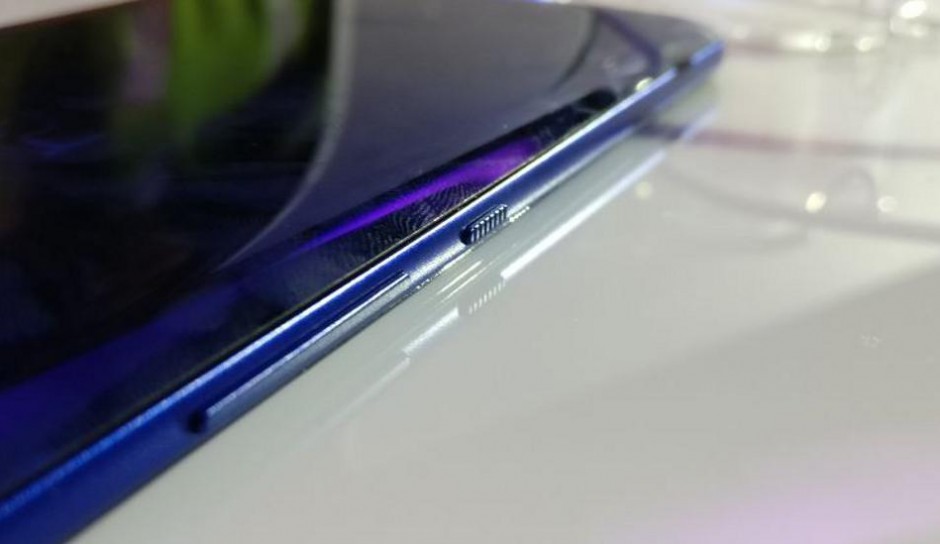 Meanwhile, the U Ultra offers Wi-Fi 802.11 a/b/g/n/ac, Bluetooth v4.2, USB 3.1 Gen Type-C, NFC, GPS with A GPS. Further, HTC has skipped the 3.5 mm headphone jack for the Type-C type port just like what Apple did with the iPhone 7. Lastly, for the audio, HTC has introduced a new HTC Usonic technology which will manipulate the device’s audio to give you a better audio experience. Meanwhile, HTC’s BoomSound is still here. Further, because the U Ultra comes with Sense Companion, the company has also given in 4 always-on microphones to detect any voice command issued to the AI-based virtual assistant from HTC.

HTC is known to price their smartphones on the higher extreme and the U Ultra is yet another fruit to the basket. Priced at Rs 59,990, HTC U Ultra is a beautiful piece of hardware combined with an evenly beautiful software in the name of HTC Sense, however, the price is what will raise few eyebrows. Premium smartphones are getting extremely cheap these days and HTC has done only the half bit here. Well, we don't really know how will the audience in India react to the U Ultra, we still wished it to come at a lower price point