Honor View 20 Review: User interface could have been better 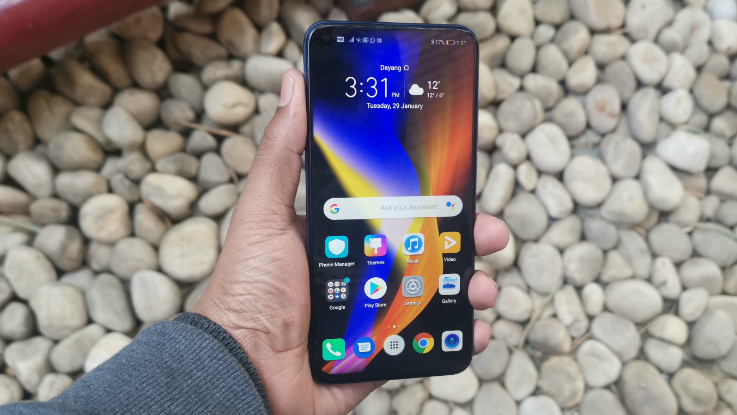 Can it outlast the ‘Flagship Killer’ to become the number smartphone in this price segment? Let’s find out.

The Honor View 20 claim to fame can be the new punch hole design present in the display to a 48-megapixel sensor at the rear. But, does it have enoughammunition to take on smartphones which are priced above Rs 35,000? Let deep dive into it. 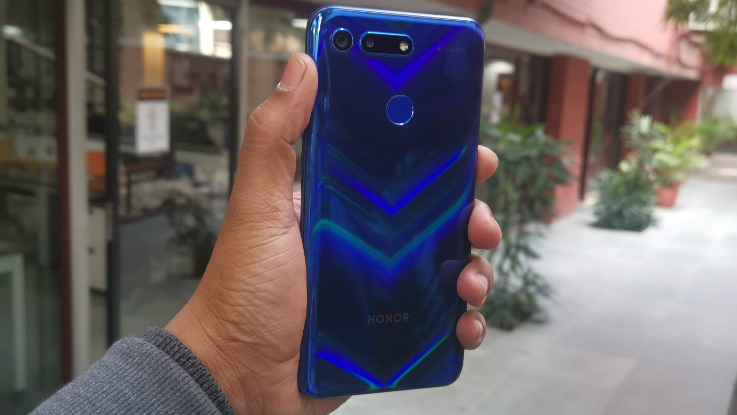 Every phone maker is bringing its latest product with glass back these days. We have seen some of the goods and bads, but the latest one from Honor gives a refreshing feel. There are light reactive layers that sit under the glass, which gives a pretty dope look. There is a chevron pattern that seems to point down at the base of the device, which is kind of refreshing to the eyes. We got the blue colour for the review and it has a gradient like finish with dark blue being at the edges and slightly lighter tone of blue being at the centre.

The major attraction of this device is the new punch hole design present at the display. This is the major smartphone we are reviewing with the punch hole design. This allows a higher screen-to-body ratio of 91.82 per cent. That said, the Honor View 20 is a good looking smartphone. 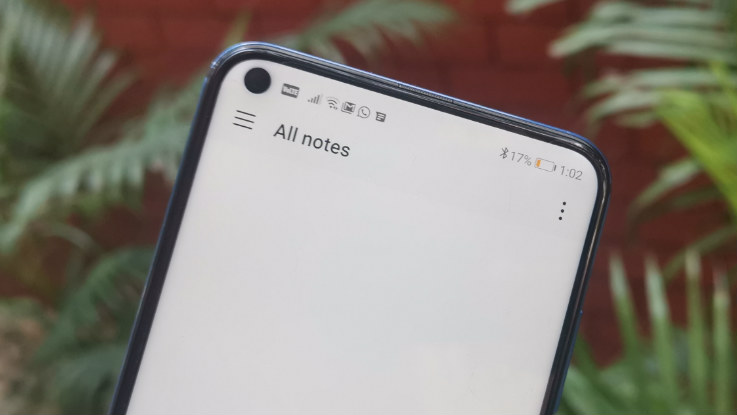 Coming to the display, the phone is equipped with a 6.4-inch Full HD+ display with a screen resolution of 2310 x 1080 pixels. The phone features an aspect ratio of 19.5:9 and a pixel density of 382ppi. Honor View 20 gives an immersive experience, thanks to higher screen-to-body ratio and just a hole in the display that houses front-facing camera.The blacks are good but not as deep as we have seen in OLED panels, but the colour reproduction is not off. The company has given an option to change the colour temperature in the settings menu and you can choose between two display mode, normal and Vivid. 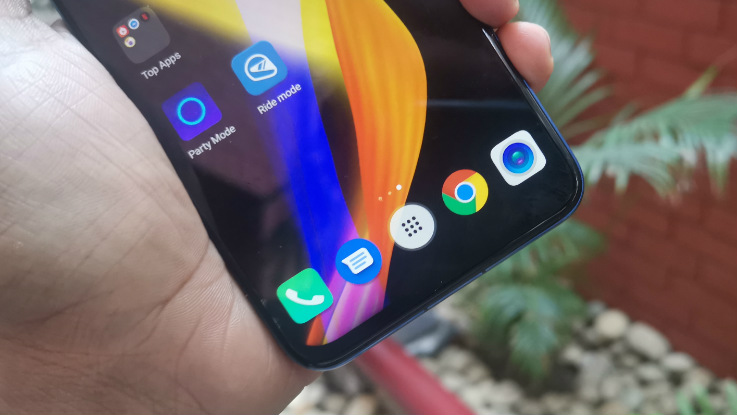 The latter deliver much punchier colours, while the former gives a much natural look. The hole in the screen breaks the monotony of the notched screen. You get more area on the screen as compared to the latter and it is a good thing that Honor has attempted to bring the latest technology to the masses. You will not notice the hole while watching some dark scenes, though in bright scenes it pops-up and can be irritating. Hopefully, one will get used to it with the passage of time.

Camera is another major highlight!

The Honor View 20 is world’s first smartphone to come equipped with a 48-megapixel rear lens along with Time of Flight (ToF) sensor. For the front, there is a 25-megapixel selfie shooter with f/2.0 aperture and fixed focus. Starting the camera UI, it is easy to use and there are different modes present at the base including Night, Portrait, Photo, Video and More. The last option sports different modes like Pro, Slow-Mo, Panorama, Aperture, Light painting, HDR, Time-lapse, Filter, 3D panorama, Stickers, Documents and Artist mode. The top left corner feature HiVision, which provides code scanning, object recognition, translation and more, along with Moving picture, option to turn on/off AI and Settings. 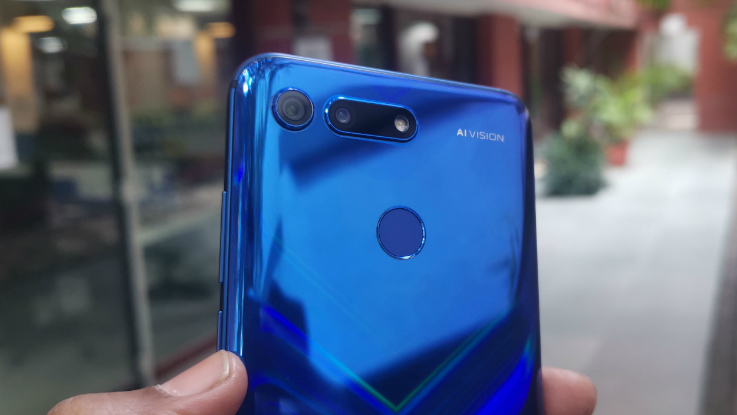 Coming to the camera performance, the Honor View 20 scores some high marks in the broad daylight performance. The phone is pretty fast to lock focus and the output is good as colours were close to the source and detailing was on point. The macro shots were decent as well and the camera comes loaded with AI Scene detection, which automatically tweaks the settings to get the best results. In our testing, the AI was the case of a hit and miss. In some cases, it brings out the best of the photo, however, in many cases, we found out that the AI was the killing the naturalness of the images by adding more contrast to it.

Digging a bit in the camera app, you will notice that the phone captures the images default at 12-megapixel instead of 48-megapixel. However, you will not see much of a difference when you switch it from 12MP to 48MP. This is primarily because Honor does a lot of processing before giving the final results. There is an option to capture RAW image in the Pro Mode. RAW images are those pictures which the sensor sees before the noise reduction or algorithm is applied. Coming to the low light performance, the smartphone does a good job as well and the Night mode helps in deliver better photos when the light is scared.

The selfie camera does a decent job when the lighting condition is decent, though in darker conditions like a bar or pub, the photos are not that effective. 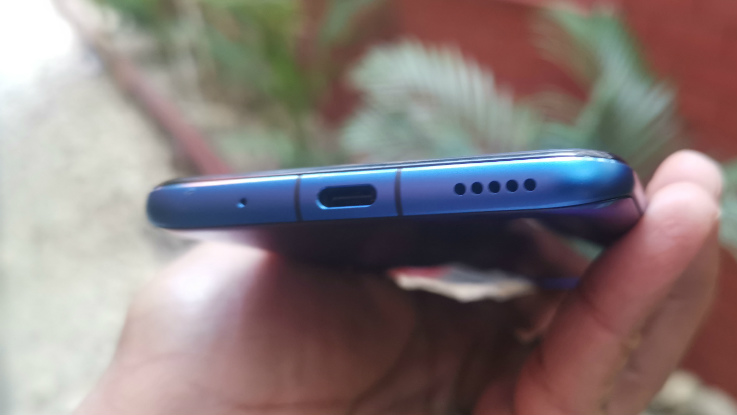 The Honor View 20 is powered by a HiSilicon Kirin 980 processor, which is clocked at 2.6GHz along with Mali-G76 MP10 GPU. The phone is available in 6GB/8GB RAM and 128GB of internal storage. Coming to the performance, you will not face any trouble while using this device as a daily driver. The View 20 was able to handle most of the daily tasks with flying colours and multitasking it smooth in this one.

The phone is able to handle most of the casual gaming and with the help of the GPU Turbo 2.0, it can also run some high-graphics title without breaking a sweat. The GPU Turbo 2.0 basically streamline the computing power to optimise the gaming experience. The technology is currently available for games like King of Glory, Crossfire, PUB Mobile and Knives Out. Interestingly, other high-ends like Ark: Survival Evolved ran smoothly,though you will notice a slight difference in the overall experience. 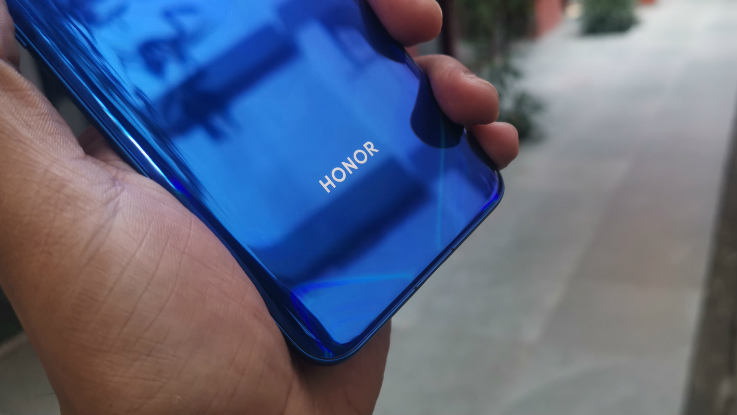 Coming to the software front, it is high time that Honor needs to look at its EMUI user interface. The Honor View 20 is loaded with Magic UI 2.0, which is just another version of EMUI used in other Huawei/Honor smartphones. Although it comes with a host of options of customisations and there is an option to choose between homestyle and app drawer, still it comes with a lot of bloatware. Moving on, the animations do not feel as smooth as we have seen in OnePlus 6T. We are not a fan of the gesture-based navigation, to be honest.

Coming to the battery life, the Honor View 20 is equipped with a 4000mAh battery and the company has finally introduced a 22.5W fast charger with this device. The battery life is really impressive as we got close to 1.5 days of battery backup under normal usage. The daily usage included listening to music, streaming music, occasionally checking Facebook, talking calls and more. The phone lasted almost a day under heavy usage. Coming to the charging speed, it is quite fast in our opinion. The phone was able to charge the phone about 40 per cent in 25 minutes, and it almost 90 per cent in 55 minutes. The phone takes approx 1 hour and 15 minutes to get fully charged.

The Honor View 20 is one of the most interesting smartphones from Honor. The phone comes loaded with premium design and the punch hole display surely looks immersive. The performance of the device is satisfactory, though the user interface needs some refining. The camera is impressive, though AI some time spoils the mood. The battery life is great and the fast charging support is a welcome move. Overall, the Honor View 20 is probably one of the best Honor can offer right now.