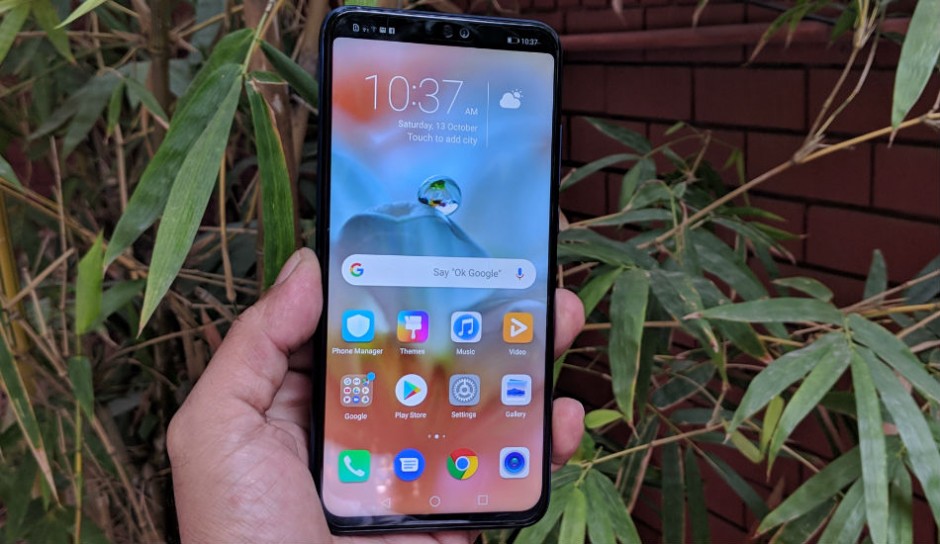 So, naturally, the question here is: Can it outlast its competition to gain its top spot in the mid-budget segment in India? Let’s find out.

The successor of the popular Honor 7X comes loaded with a large display, which accompanied by a premium design and interesting hardware. However, this time the competition is really tough as we have contenders like Asus Zenfone Mar Pro M1, Nokia 6.1 Plus, Motorola One Power, Realme 2 Pro and Xiaomi Mi A2. So, naturally, the question here is: Can it outlast its competition to gain its top spot in the mid-budget segment in India? Let’s find out.

Premium design makes it stand out of the crowd!

The first thing you will love about this smartphone has to be the design. Honor has been known for delivering some premium-looking smartphones at an affordable price tag and this one is no different. We really liked the glossy glass design at the back of this phone, which comes with a dual-tone finish (Honor 8X Pictures). The surface reflects lights when you move it, which gives a premium look and feel. That said, the phone is a bit big for one-handed usage and most of the time you will end up using two hands. Despite being so big, Honor has managed to make it thinner with just 7.8mm thickness. 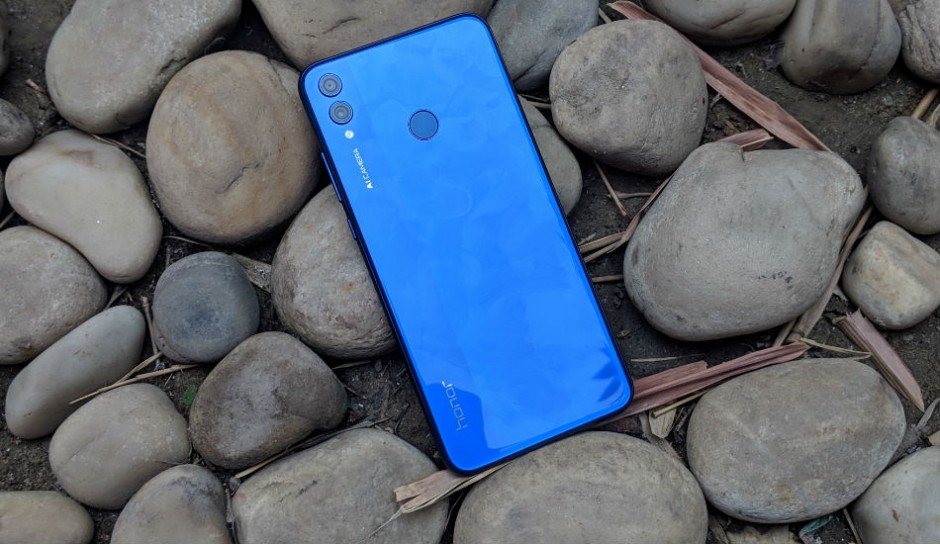 The back panel also comes with a vertically-aligned dual-camera setup with individual bumps, which looks interesting as most of the players give the bump to the whole module. Interestingly, the AI Camera and Honor branding on the back is aligned in landscape mode to give a more camera-centric look. Honor has also managed to attain 91 per cent screen-to-body and almost non-existent bottom bezels give a pretty neat and smooth look. That said, Honor scores some really high points in the design part and it is surely one of the most gorgeous looking smartphones at this price point.

Another thing we liked about this smartphone is the display. The phone features a 6.5-inch Full HD+ display with a screen resolution of 2340 x 1080 pixels along with an aspect ratio of 19.5:9. The screen is bright enough and the colour reproduction is good as well. Being a large-screen phone, you will definitely enjoy watching movies and playing games on this one. 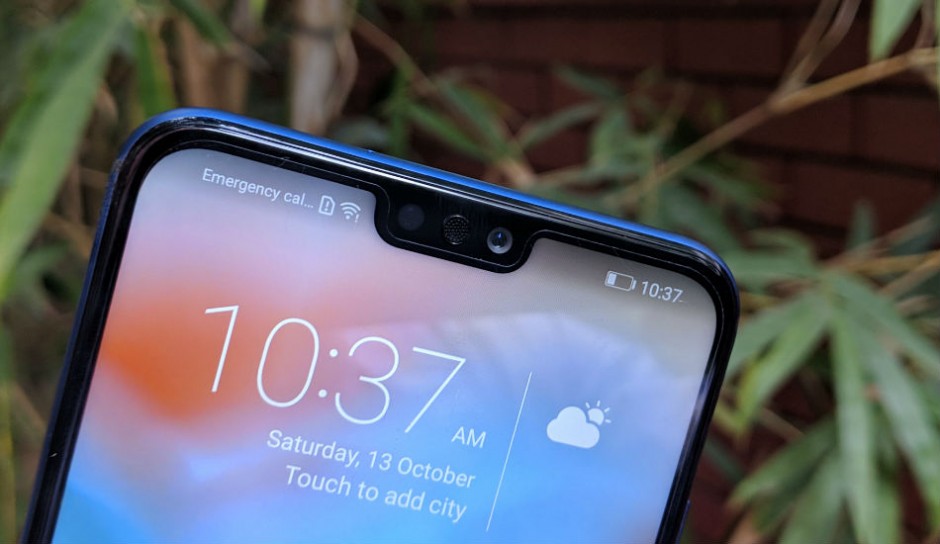 The company also gives you an option to hide the notch and change screen’s colour temperature according to one’s liking. The outdoor visibility is decent, though it is marred with some reflection from the screen you are using it in direct sunlight. Apart from this, the display of the Honor 8X is pretty much decent.

The performance of the device is quite satisfactory. The Honor 8X is powered by the latest Kirin 710 processor and it comes with different memory options. We got the 4GB RAM variant, which is priced at Rs 14,999. When it comes to normal performance, you will not face any problem. Even multi-tasking looks decent and we didn’t notice much lags or jitteriness. 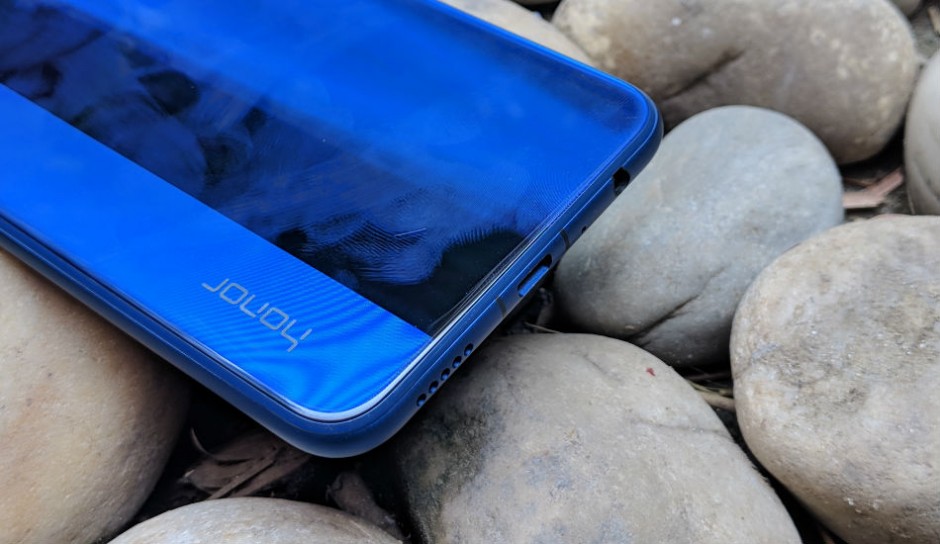 On the gaming front, the phone is able to handle some casual games. However, when it comes high-graphics games like Asphalt 9 and PUBG Mobile, be prepared for some frame drops and laggy experience. With the help of GPU Turbo technology, PUB Mobile experience was slightly better in our testing.

Moving on, the Honor 8X comes loaded with a host of interesting features when it comes to EMUI 8.2. The user interface is based on Android 8.1 Oreo and comes with September 2018 security patch. Firstly, we felt the gesture controls on this device is really helpful as it bears a large screen. One can swipe left from both the edges to go back, swipe up from bottom to go home screen, swipe up and hold to open the recent menu. Then there is an option to opt for app drawer, on/off toggle for the notch, change text and size of icons. The user interface is smooth and responsive.

Battery is powerhouse but charging time is an issue!

The phone bears a 3750mAh battery, which gives a pretty decent battery backup, to be honest. Under normal usage which includes randomly checking Facebook, streaming some videos on YouTube and listening to music on Gaana, it easily lasted more than one day. We almost got 1.5 days battery backup on this smartphone. Under power usage which includes streaming videos on Netflix, playing some high-graphics games and more, it gave one day of usage. 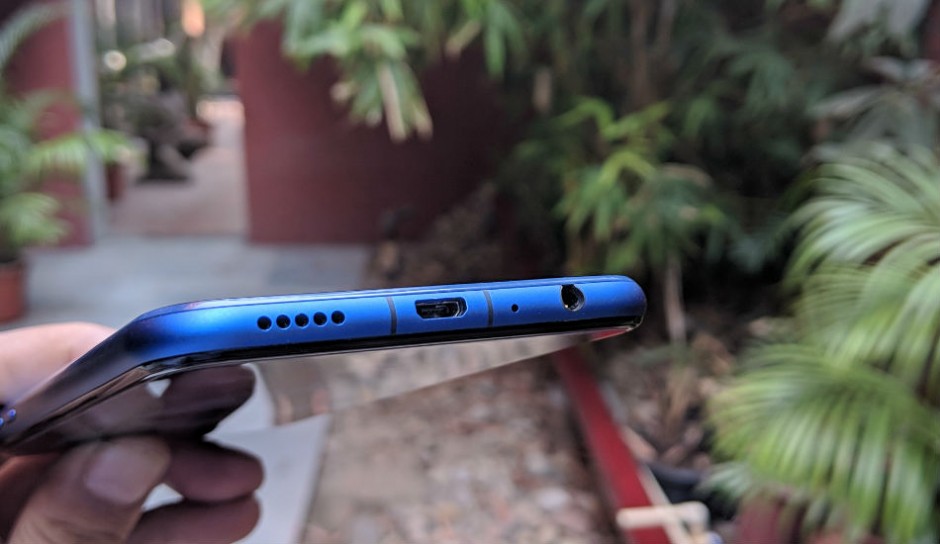 Honor 8X falls behind with the competition is the charging time. Oddly, the company ditched the USB Type-C port as most of its device came with Type-C connectivity. That said, in our testing, we found out that the Honor 8X takes more than 2.5 hours to be charged fully.

The major disappointment comes with cameras. The Honor 8X employs a dual-camera setup at the back with a combination of 20-megapixel primary sensor and a 2-megapixel secondary lens. For the front, there is a 16-megapixel shooter with f/2.0 aperture. Although the phone was able to take some really good photos when the lighting condition is ideal. The photos clicked came out to be well-lit and detailing was good (Checkout the camera samples of Honor 8X), however, in some cases, we saw that the AI is overdoing in terms of adding more colours, which made the photos look oversaturated. Thankfully, the company has given an option to turn off AI mode, even in post-processing. 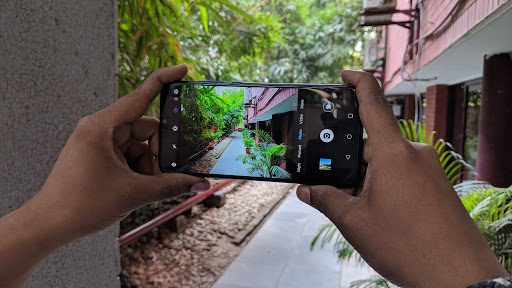 The weak spot here is the low light performance. The shots taken in low light came out to be full of grains and noises by particularly prominent with this one. The photos came out of softly focused and the AI feature is not effective in case of low light. Coming to bokeh effect, the depth sensor does a decent job to isolate the subject from the background, however, it was inconsistent. Most of the time you will notice that some areas were missed, which end of the day, spoils the camera experience.

The Honor 8X comes loaded with its share of pluses and minuses. The phone’s design is pretty unique and makes it stand out of the crowd, while the large screen makes it interesting to watch any videos. The performance is satisfactory, while the user interface has some good features. Camera performance is a let down in this one and so is the inclusion of older micro USB port. Overall, if you are not a camera enthusiast and want a different-looking smartphone with good battery backup, then you can consider this smartphone.